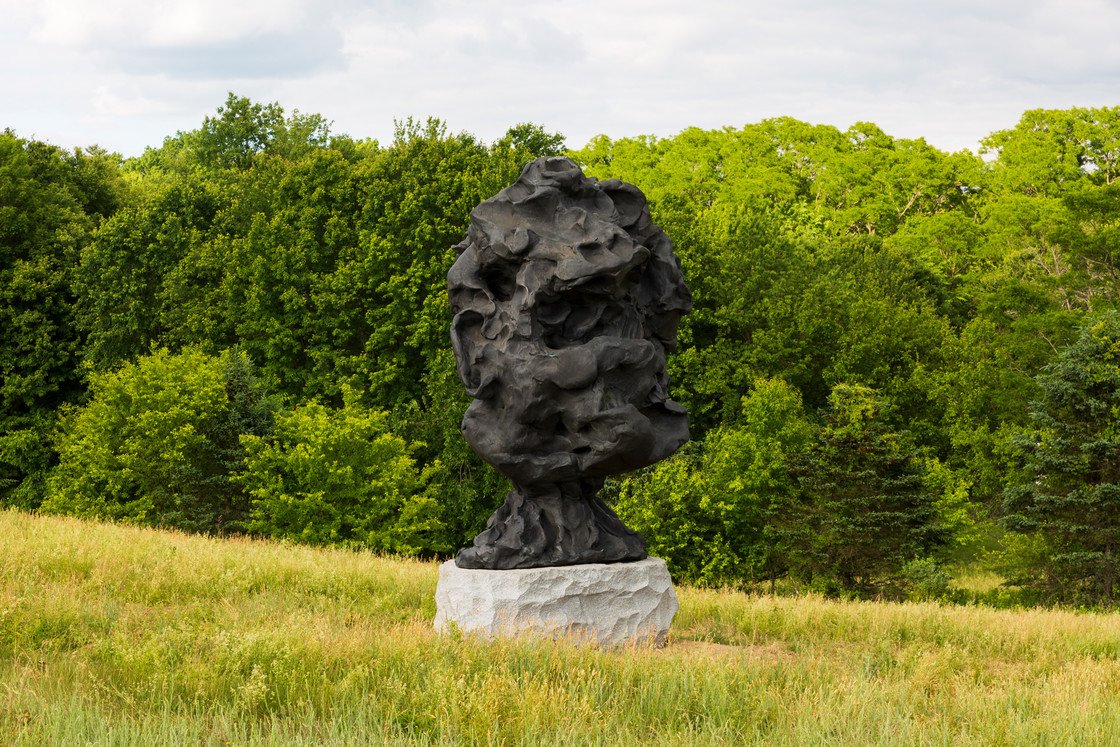 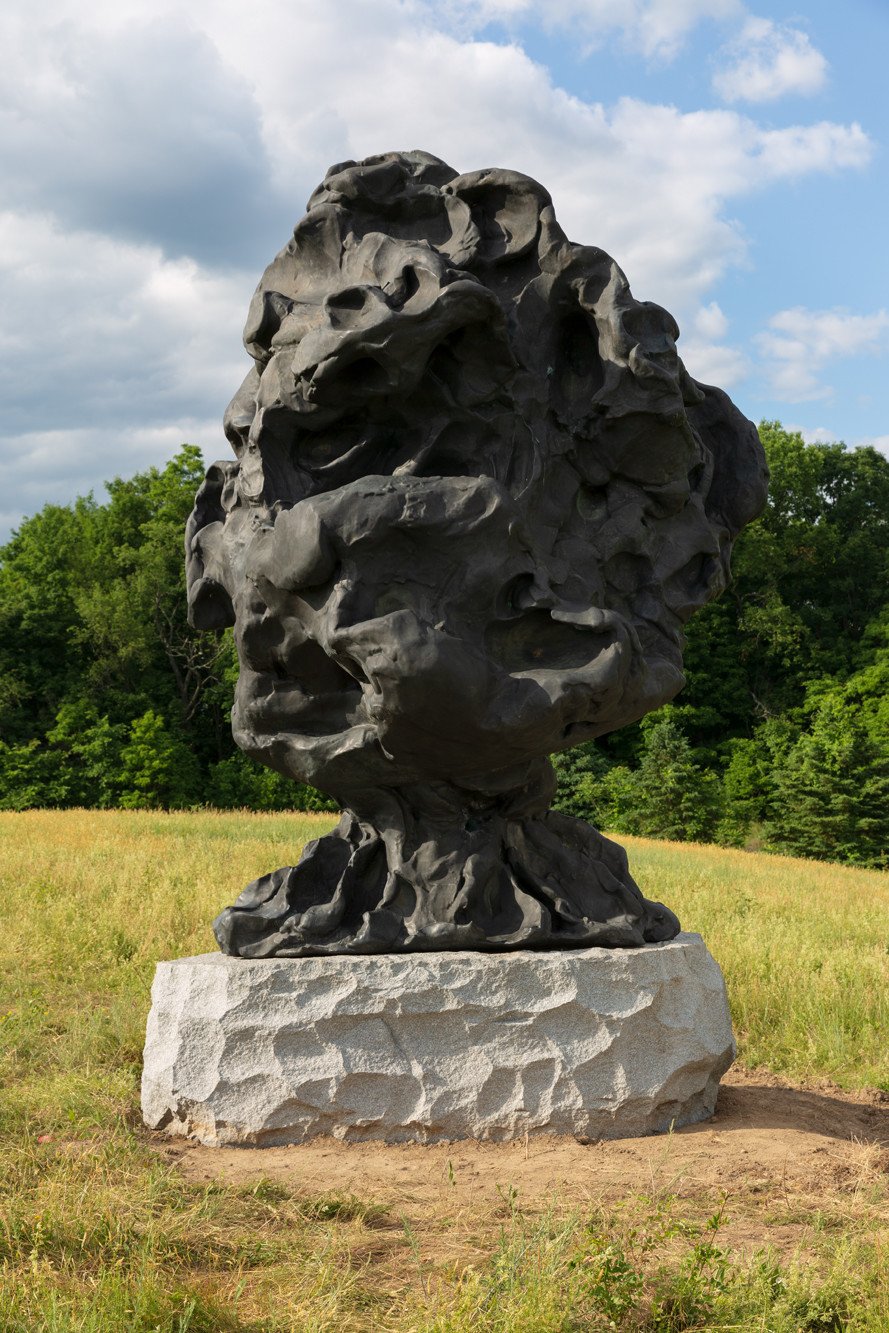 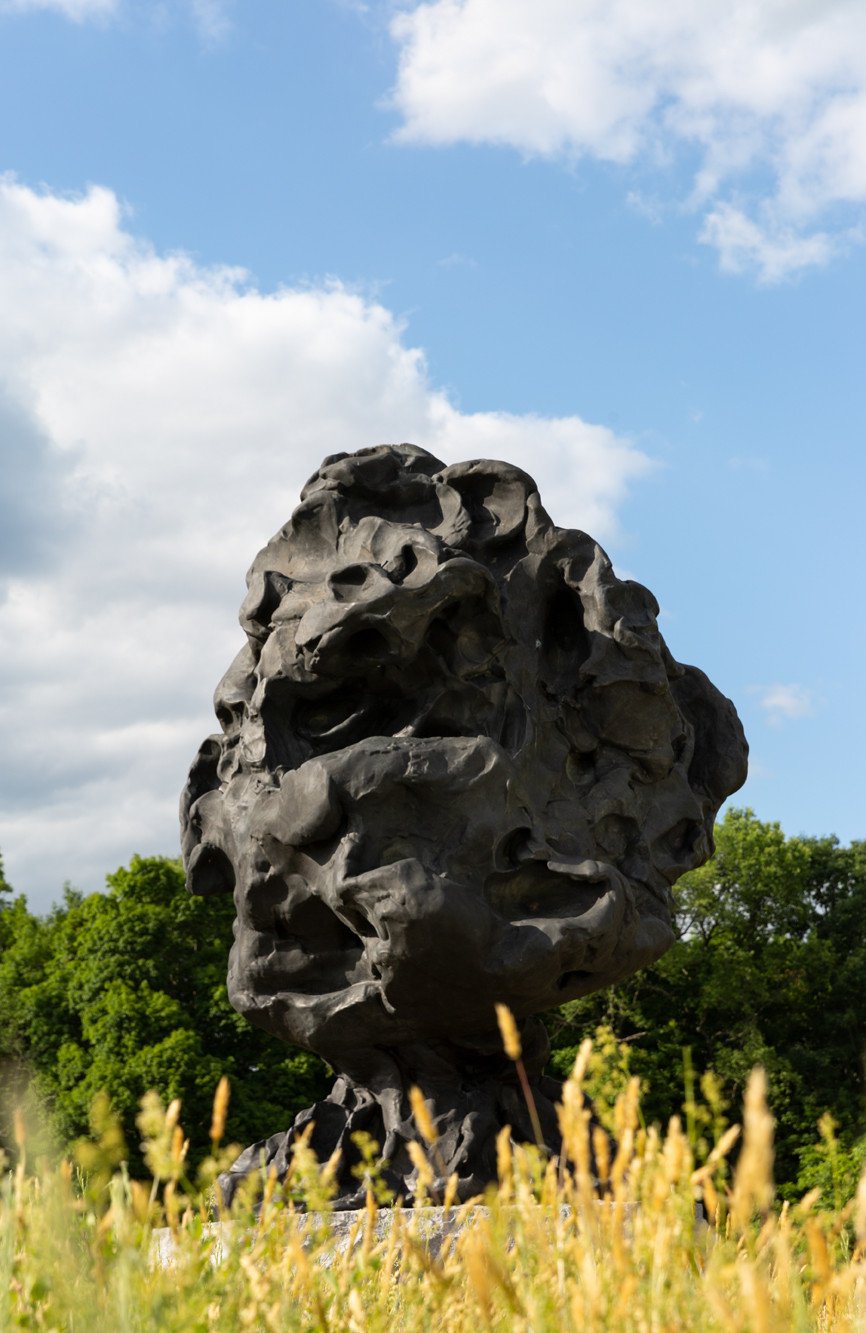 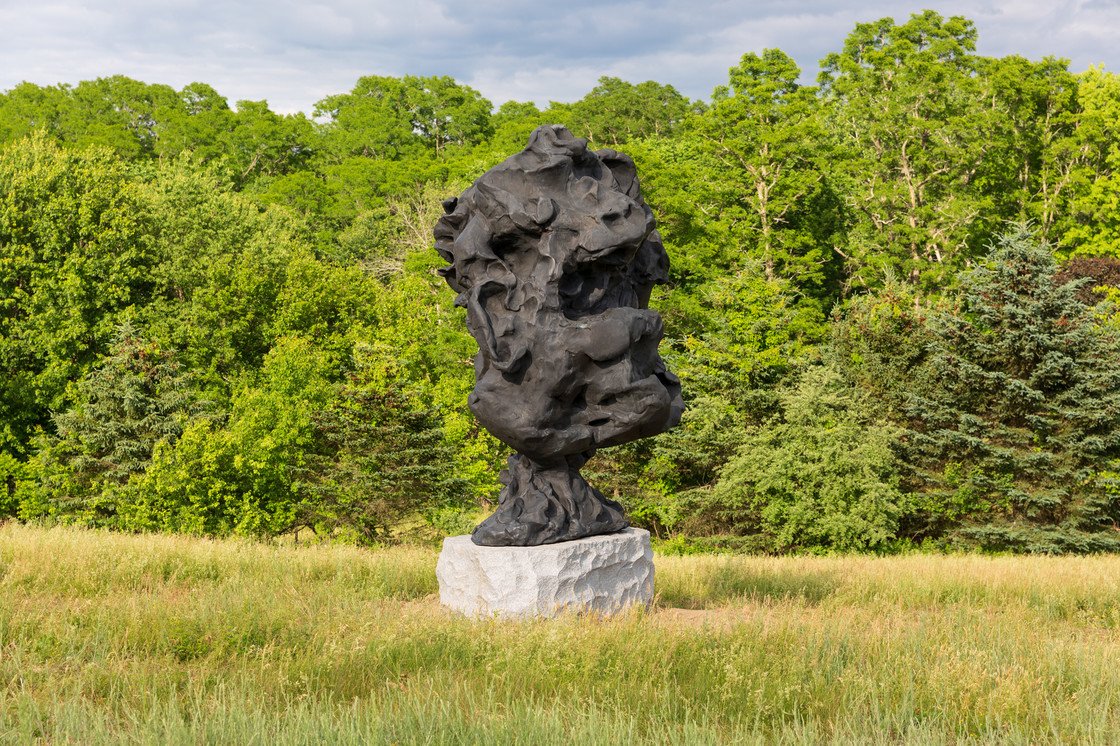 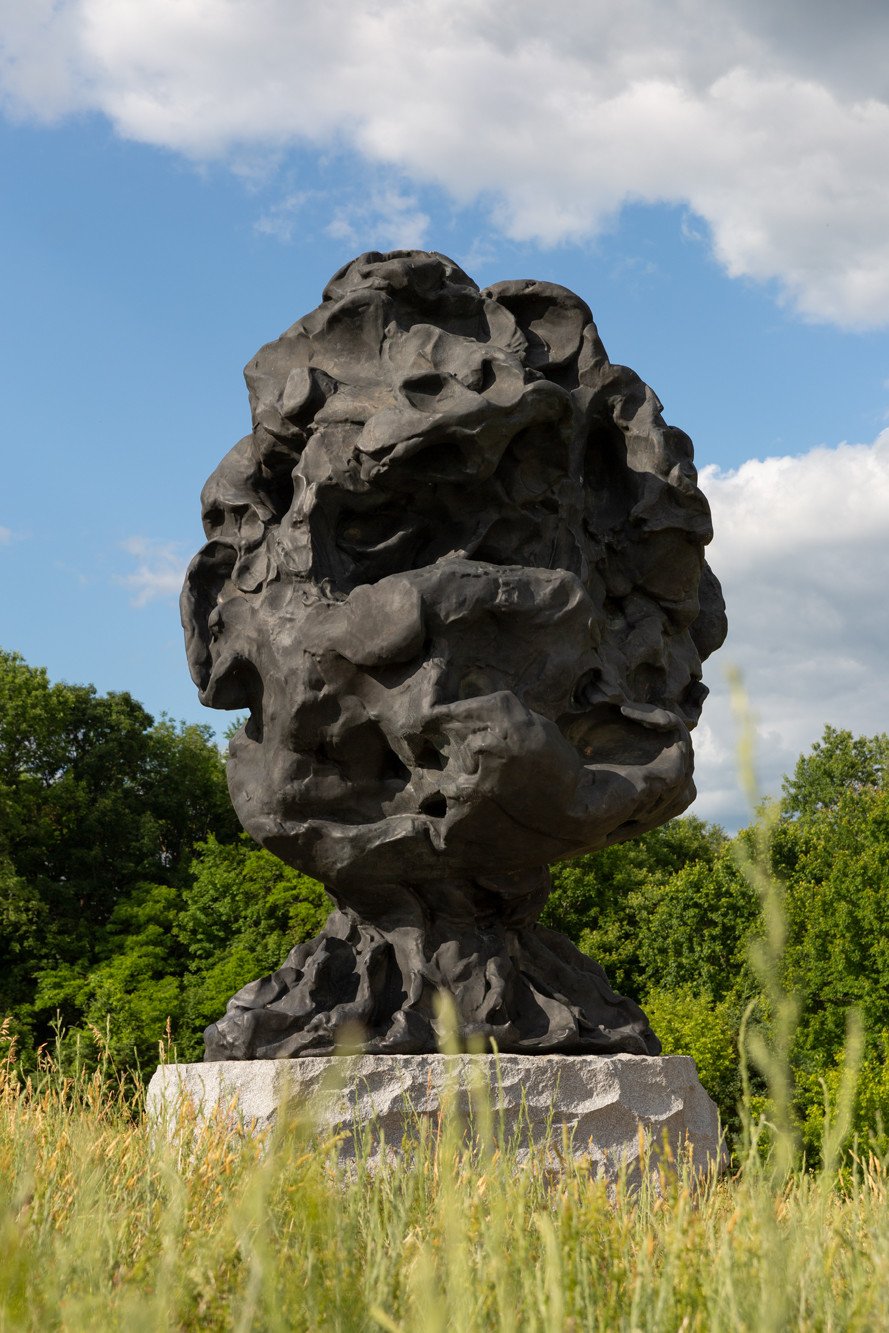 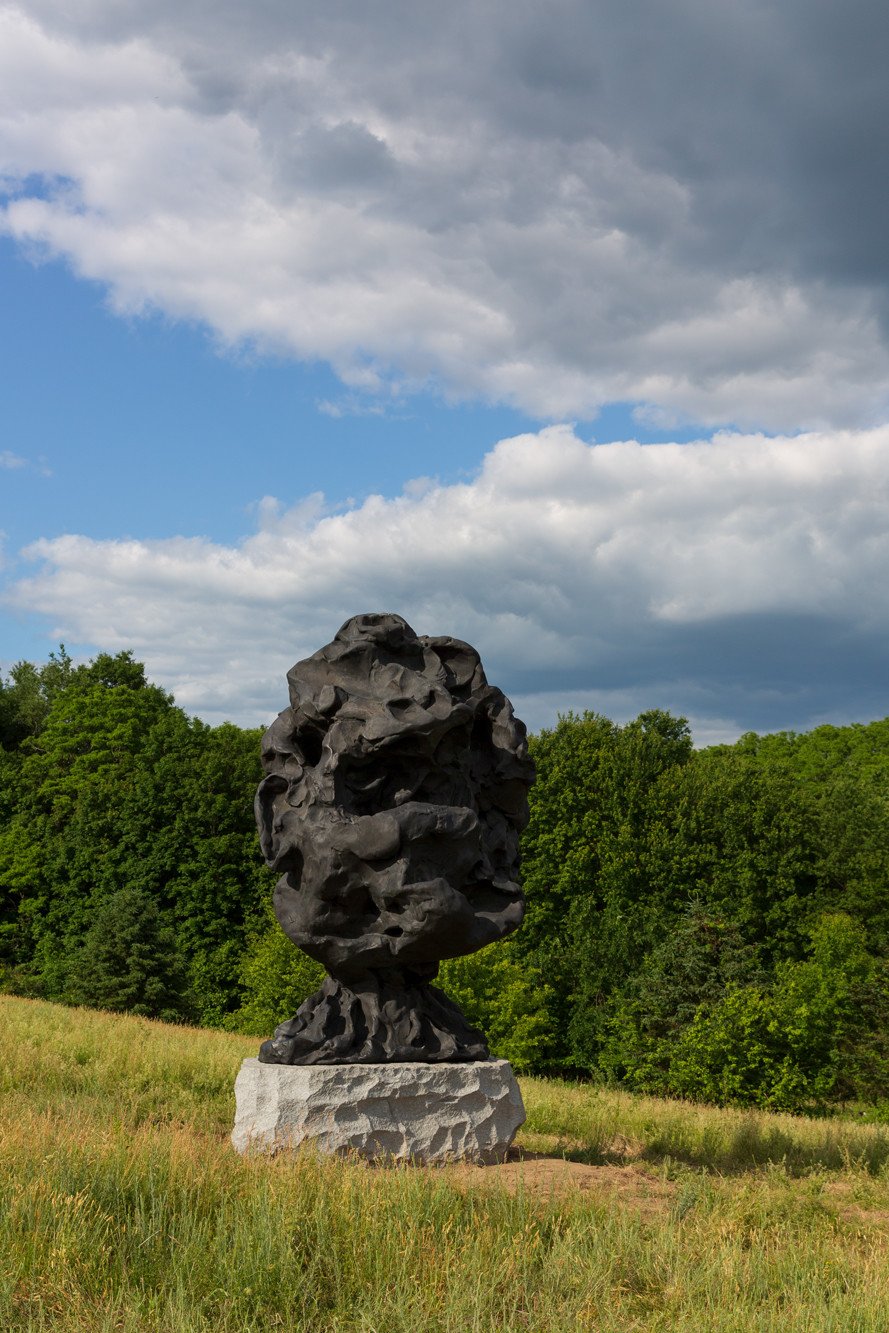 Sisyphus (2017) by Will Ryman is a 16 foot tall, unique bronze sculpture titled after “The Myth of Sisyphus” by Albert Camus (1913-1960). In his text, Camus compares the absurdity of life with the eternal state of Sisyphus, a figure of Greek mythology who was forever condemned to repeat the same task of pushing a boulder up a mountain, only to see it roll down again. The artist remarked, “The point of the Sisyphus myth as I see it is that true happiness is in the pursuit of something. Instead of meaninglessness, there’s almost too much meaning in life—choices, struggles and questions. Along the way of his daily task, Sisyphus experiences all of those and becomes his actions.”

Will Ryman is an American artist, and the son of Robert Ryman, a minimalist painter, and Merrill Wagner, also a painter. His work has been shown at P.S.1 Contemporary Art Center, at the Marlborough Gallery in New York, and at the Saatchi Gallery in London. Will Ryman is internationally recognized for his bold figurative sculptures that take their inspiration from the urban landscape and flora of epic proportions. Ryman playfully imbues his figurative symbols with an acute sense of theatricality and emotion that harkens back to his early career as a playwright. In his psychologically penetrating sculptures and installations, Ryman explores the ways in which poignant narratives can be expressed using a range of found objects and repurposed materials.