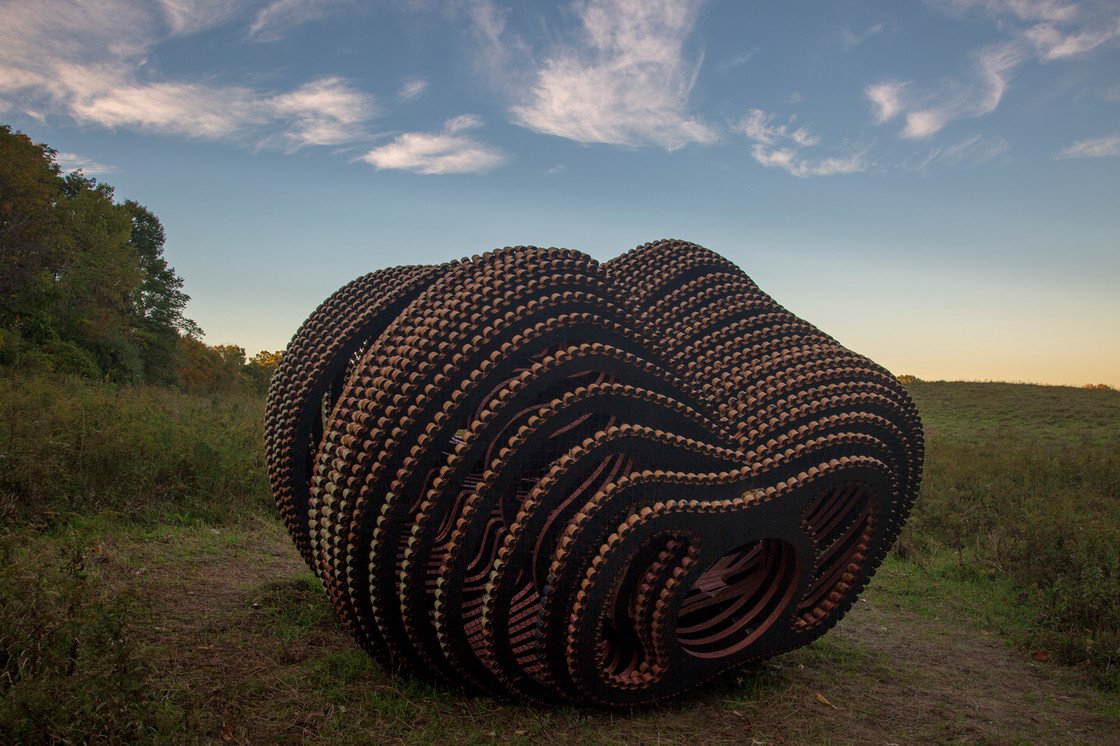 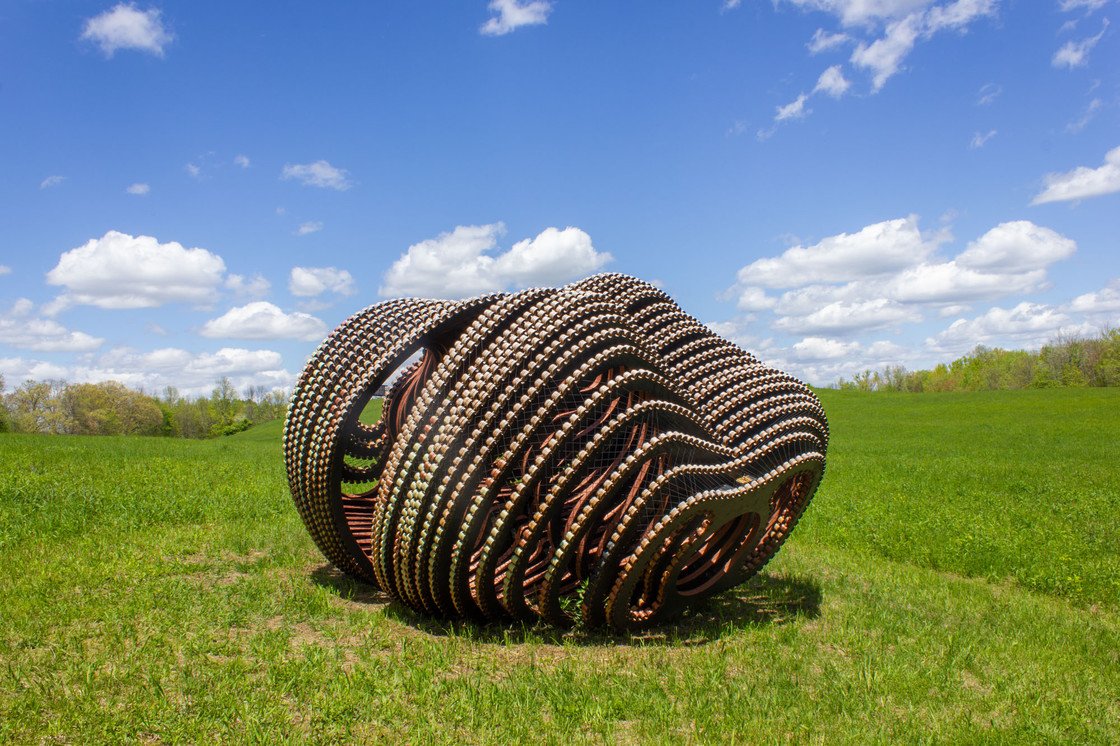 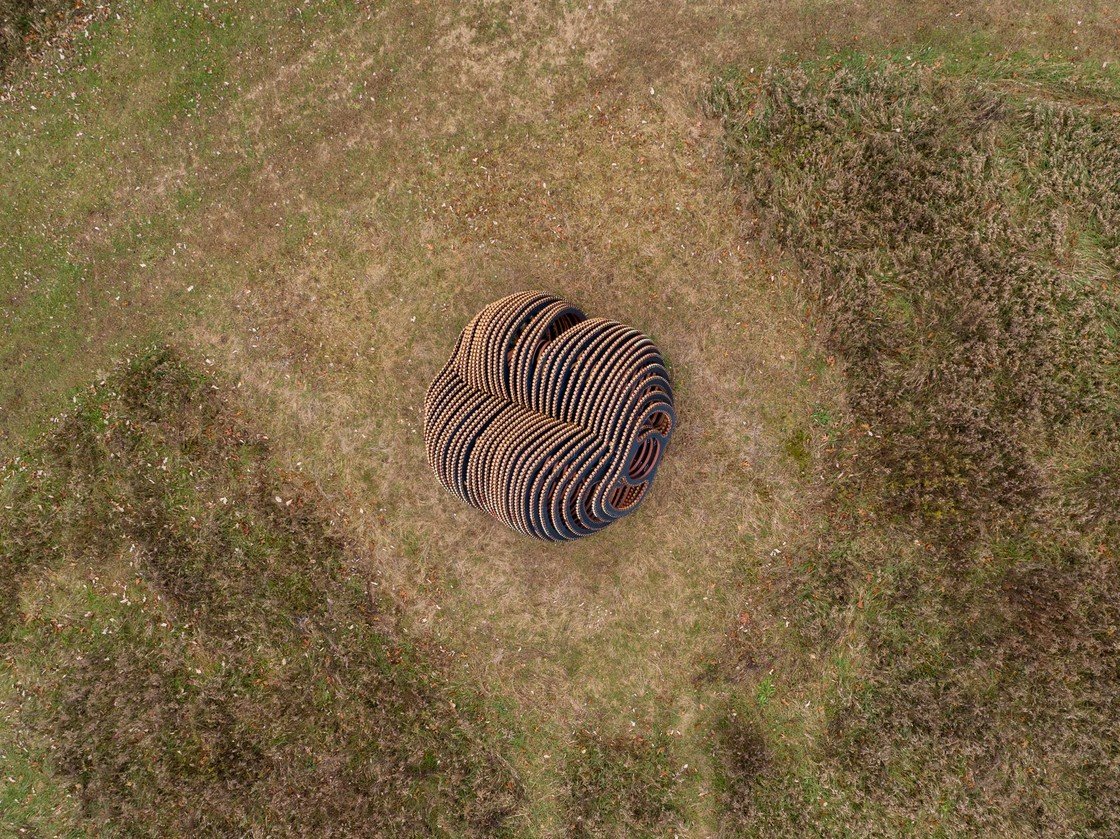 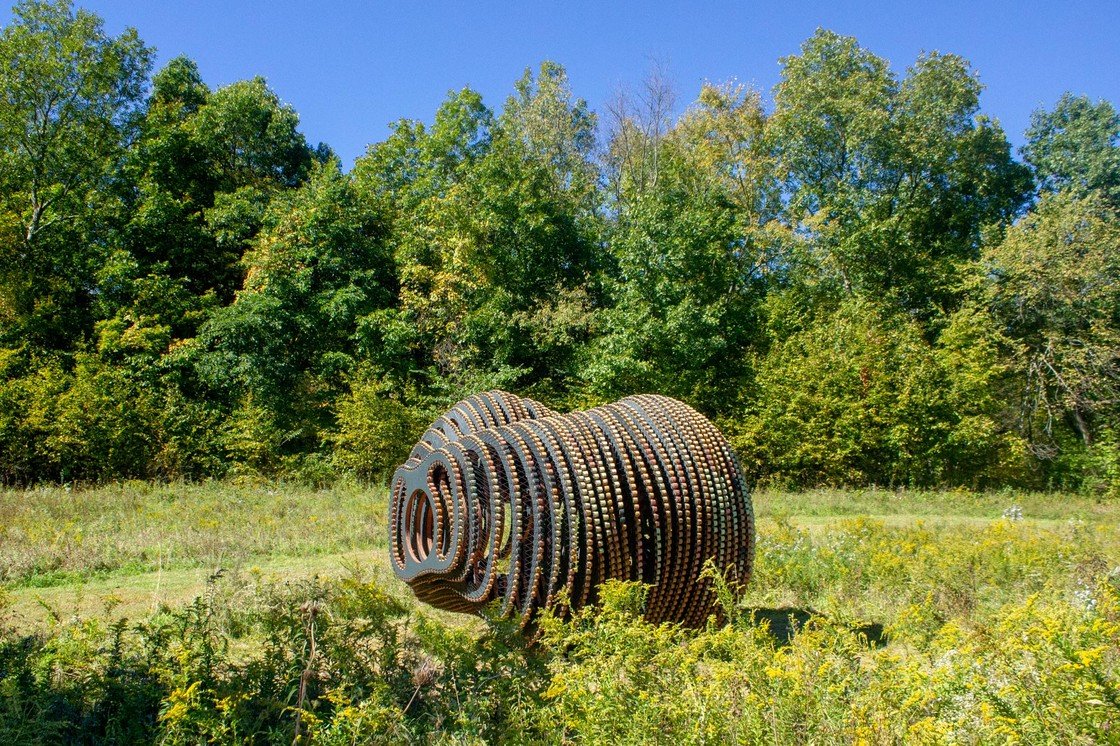 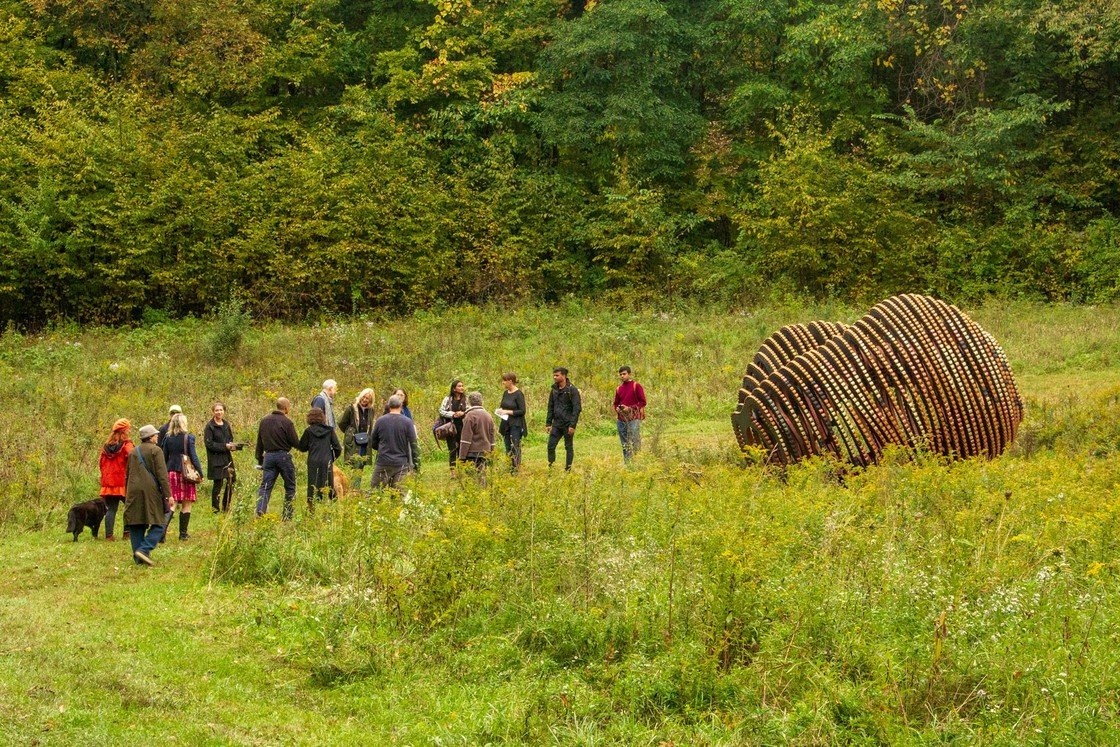 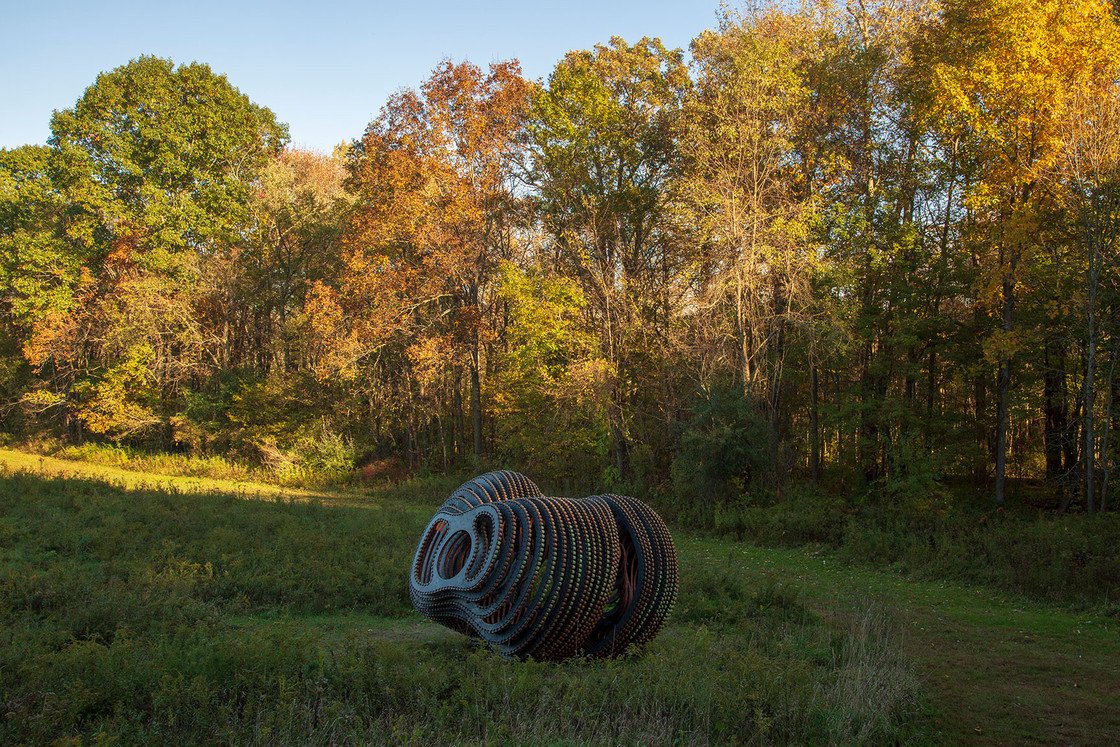 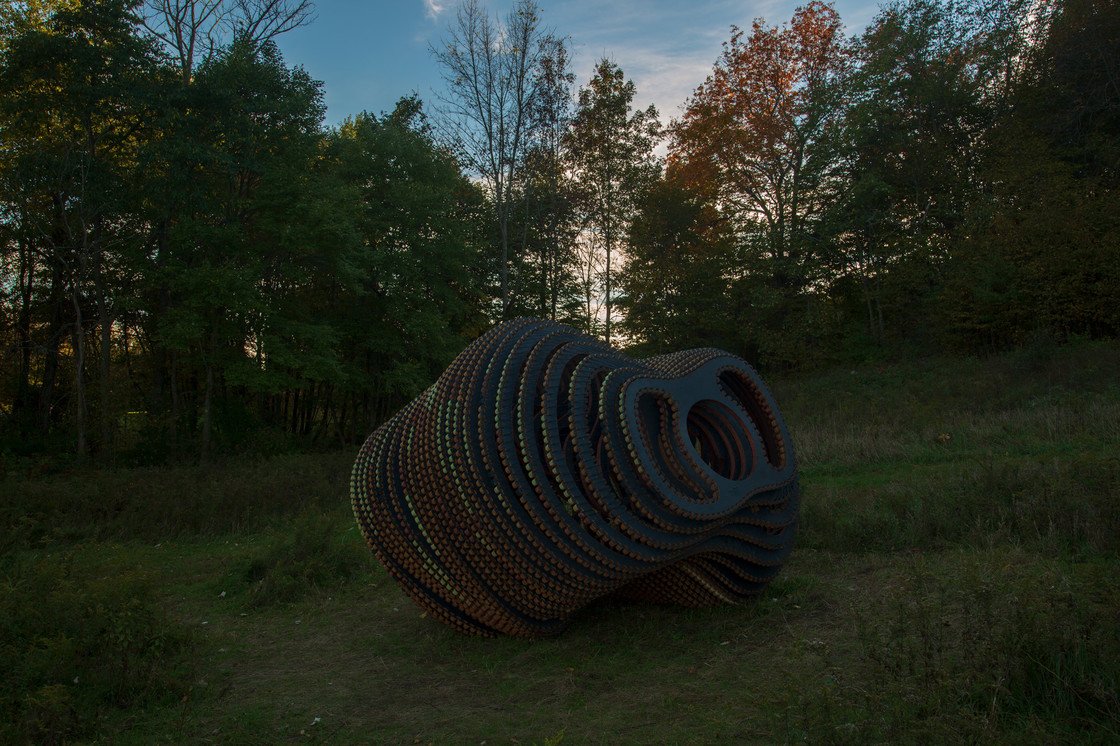 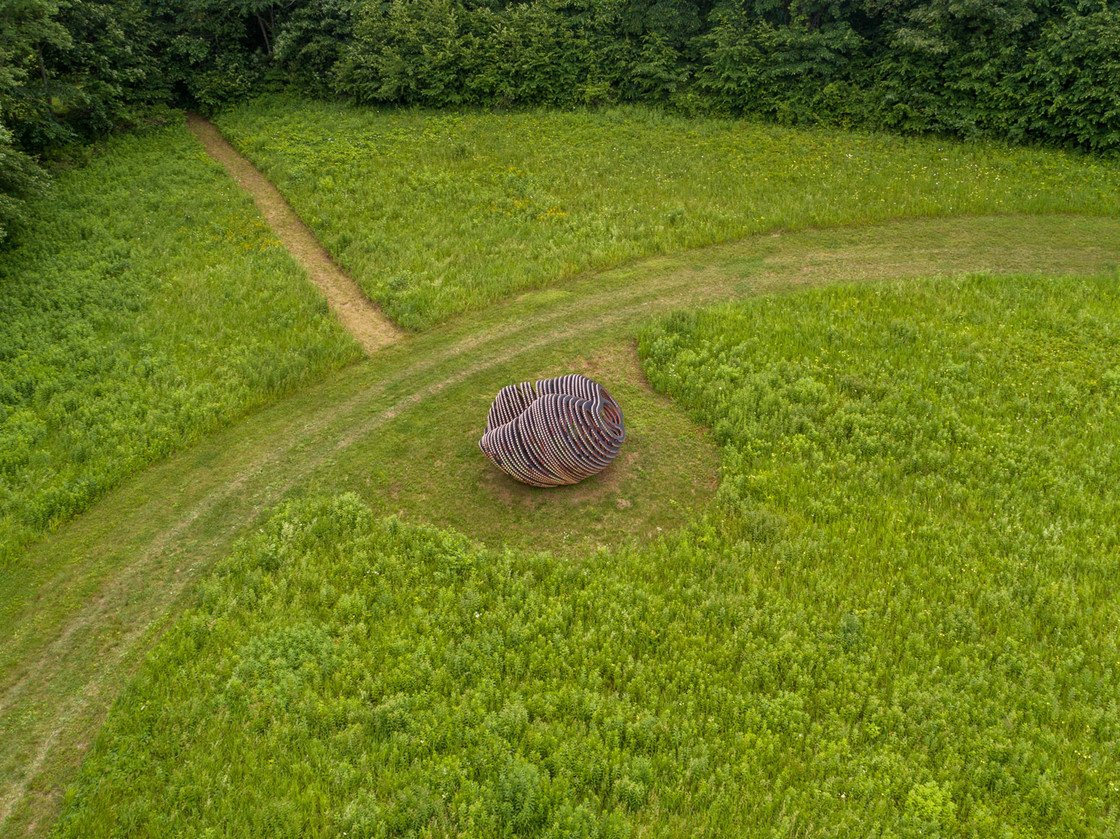 Carapace is a study in architectural autonomy that requires no foundations and, therefore, no incursions into the ground. It is a minimally invasive, free-standing and structurally self-sufficient object. As such, it contains within it the possibility of multiple orientations and any number of possible sitings. Its orientation and position are only temporary and its material identity, while stable, changes subtly in the light of day and the dark of night. While it is an autonomous pod-like structure it can be entered, explored and inhabited by humans and non-humans alike. Made of structural sections held together with a threaded exo-skin, Carapace defines space lightly with thin, open ribbing and a fine, reticulated envelope. Space flows through Carapace yet it is clearly a location, an enmeshed interior moment within the landscape of Architecture Field 01. During the day, its dark surfaces resonate with the colors of the forest beyond while, at night, its tectonics disappear into the darkness and its photoluminescent details glow softly.