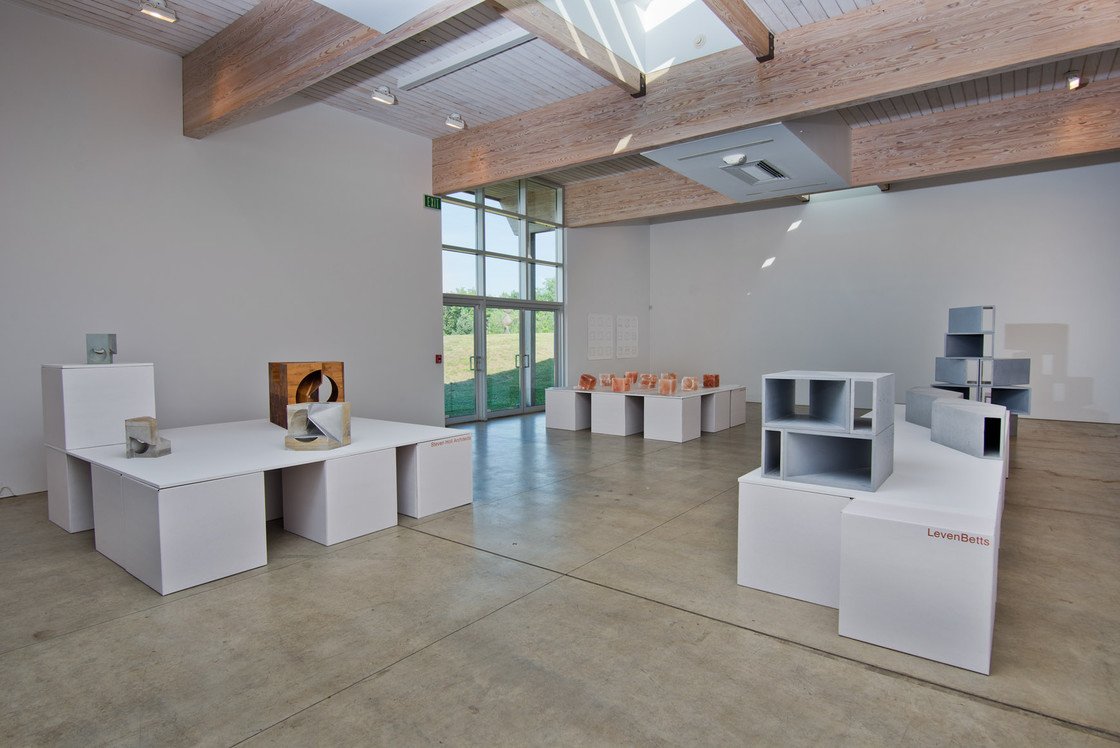 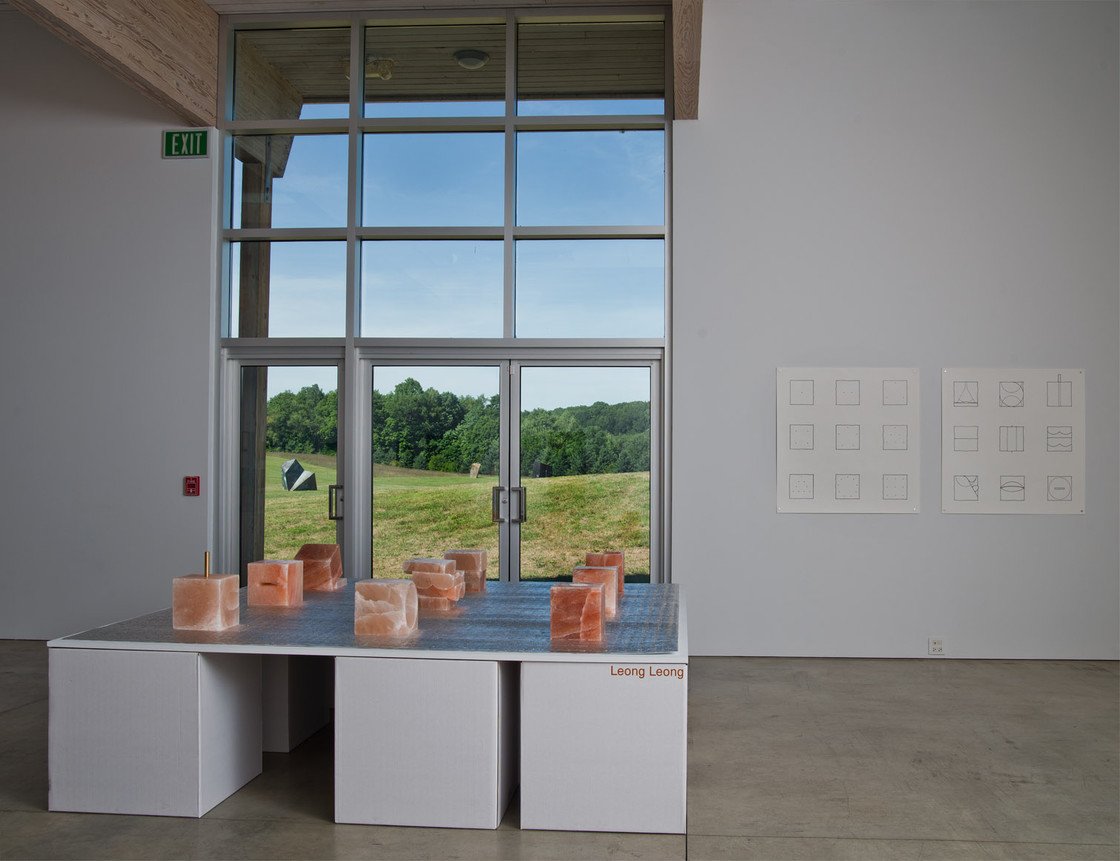 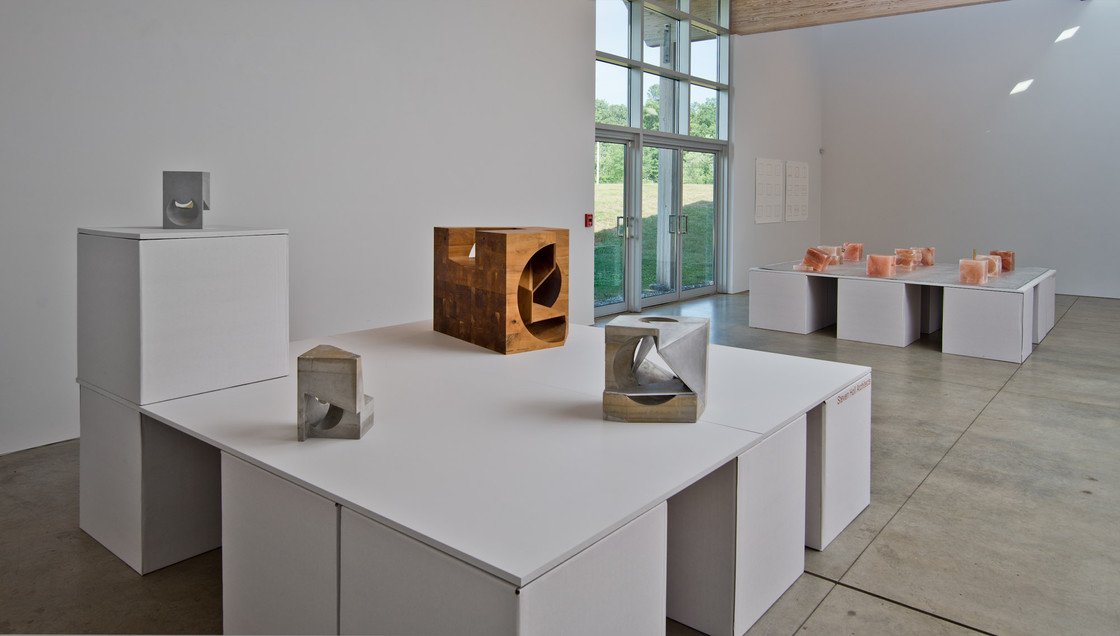 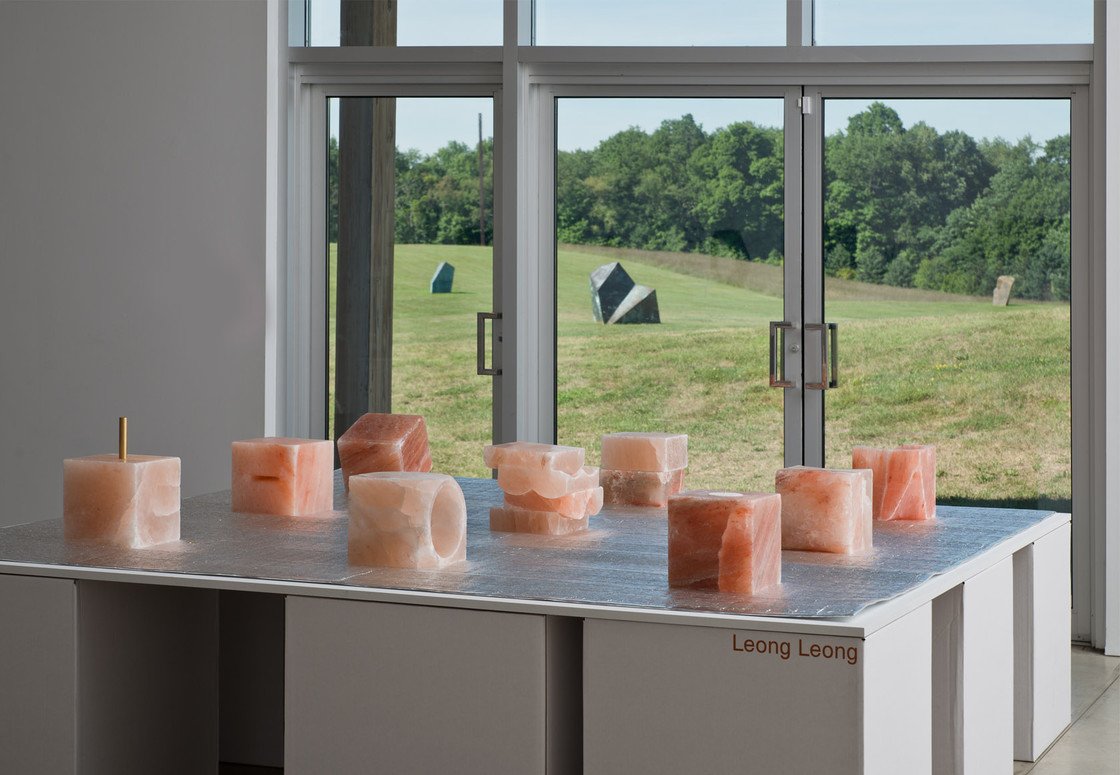 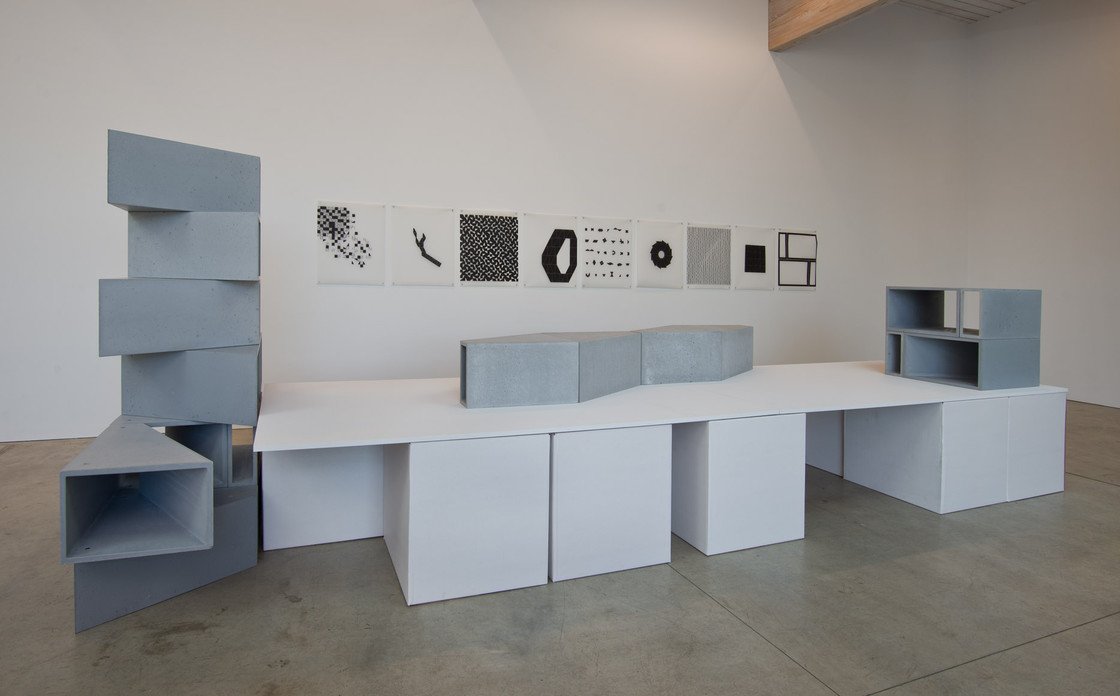 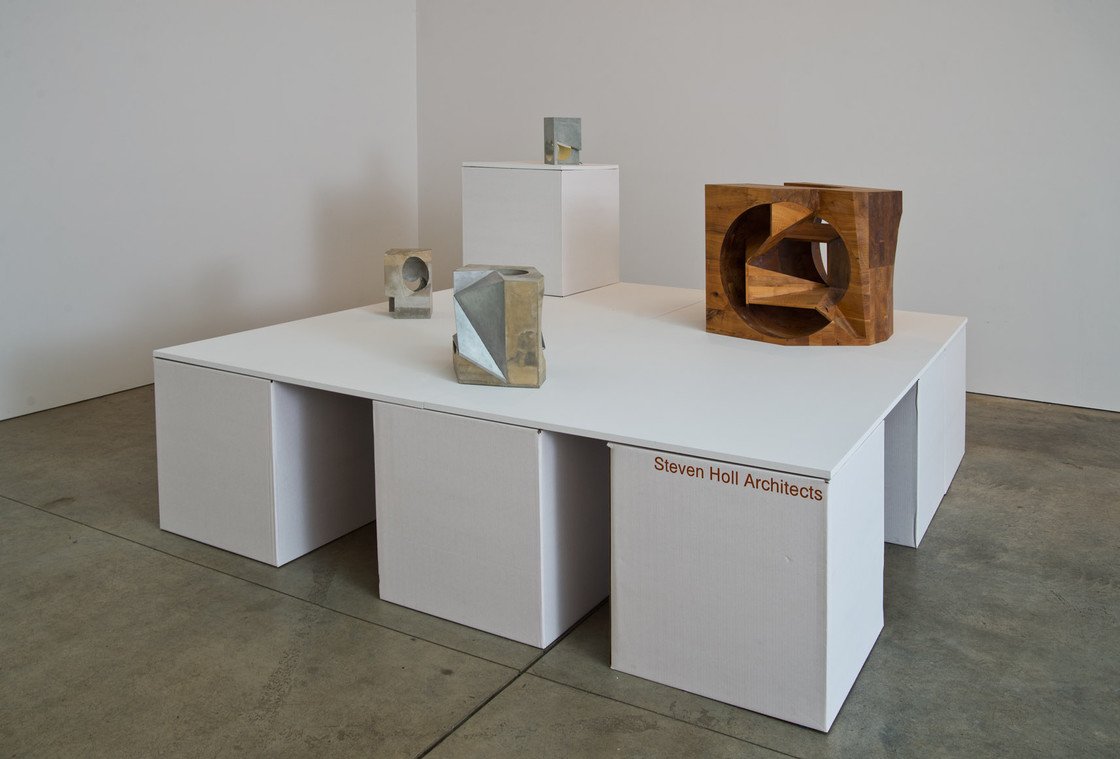 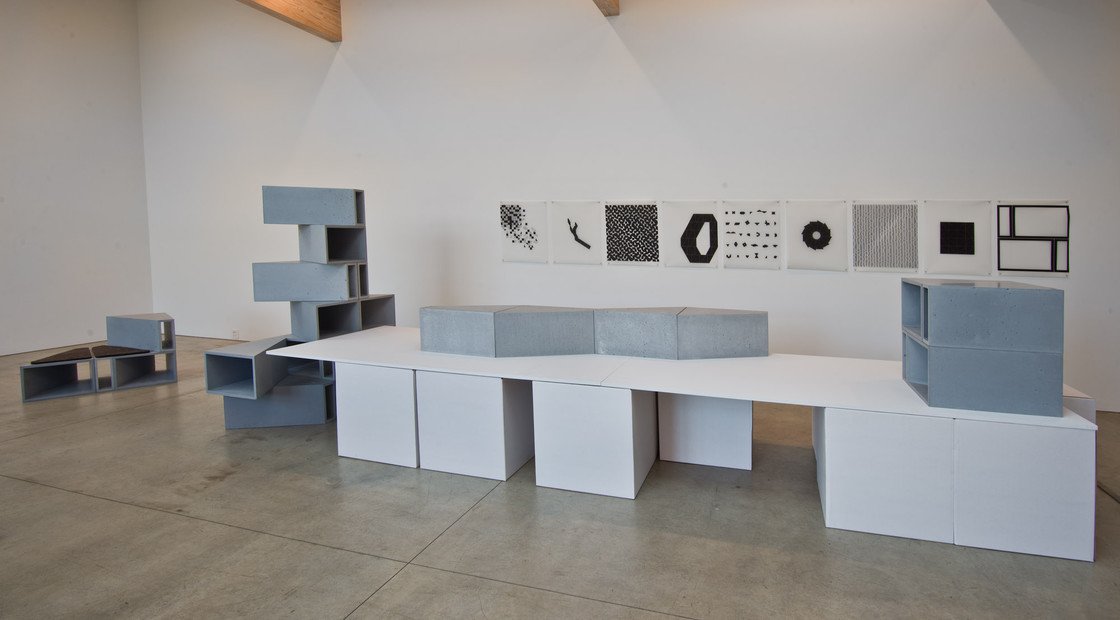 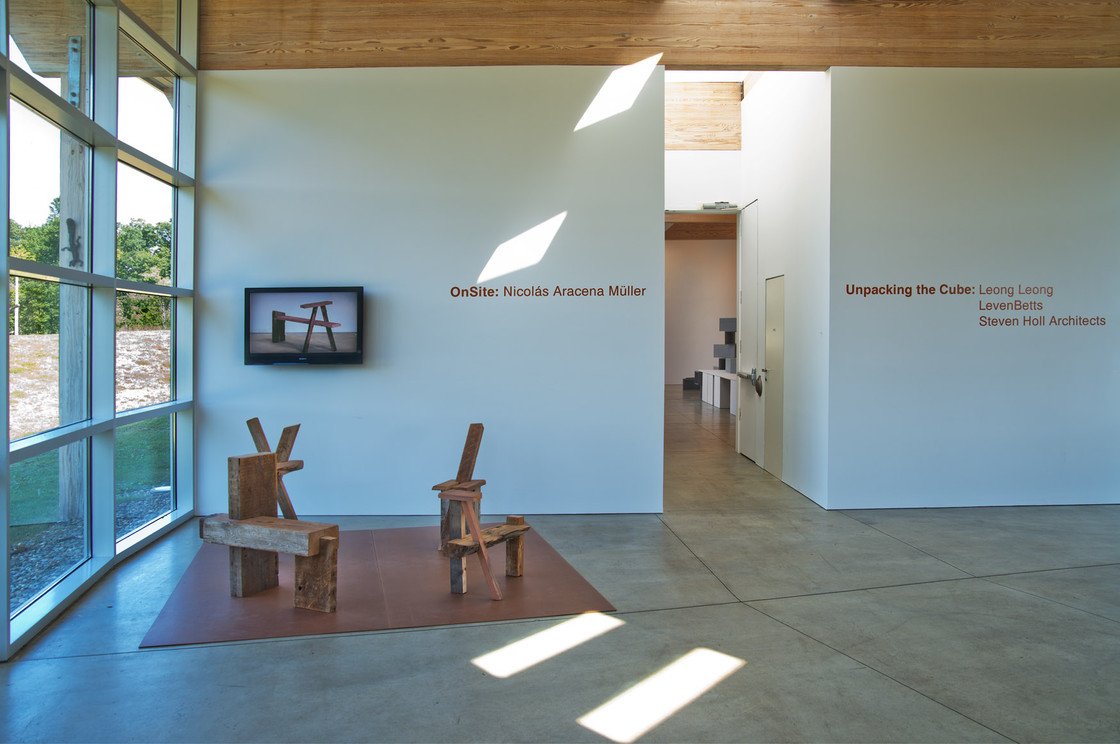 Guest curator Andrew Zuckerman, a NYC-based photographer and filmmaker, approached three architecture studios at varied points in their careers and prompted the architects to convey the conceptual roots and philosophies of their practice through cubic forms for an exhibition at New York design gallery Chamber, located in Chelsea. The resulting exhibition, Unpacking the Cube, is now brought to Omi, showcasing the work of Leong Leong, LevenBetts, and Steven Holl Achitects in an inaugural exhibition for the Architecture Omi program.

According to Wallpaper, "The themes and physical proposals may be extremely broad and varied, but thanks to the use of the 'cube' as the common thread that binds them together, they sit side-by-side in harmony, instigating useful dialogue about space and form, small and large, man and architecture."

Leong Leong
The youngest of the three firms, Leong Leong designed the US Pavilion for the 14th Annual Venice Biennale. The two-brother team of Chris and Dominic Leong works with concept-based designs to discover new solutions. In Unpacking the Cube, they represent this philosophy with Toolkit for a Newer Age – a set of nine everyday objects sculpted with precision by Quarra Stone from pink Himalayan salt blocks.

LevenBetts
Internationally recognized New York-based architecture practice LevenBetts, founded by David Leven and Stella Betts, works at no single scale, producing urban design projects, public architecture, houses, commercial workspaces, exhibitions and furniture. For Unpacking the Cube, they developed Not to Scale, a hollow, wedge-shaped reconceiving of the building block, based on the idea of utter scalability and multi-purpose adaptability.

Steven Holl Architects
A forty-person architecture and urban design firm with offices in New York City and Beijing. Steven Holl Architects has realized architectural works nationally and overseas, with extensive experience in the arts, educational facilities, and residential work. The firm's think tank/lab developed Ex of In, for Unpacking the Cube, a series of the sculptures investigating what is possible in inner space, reconsidering architecture as art, and questioning its ongoing potential for shaping public space and social openness. Rendered in a variety of materials, the series explores of the overlapping of positive and negative space of spheres, cubes, and tesseracts.