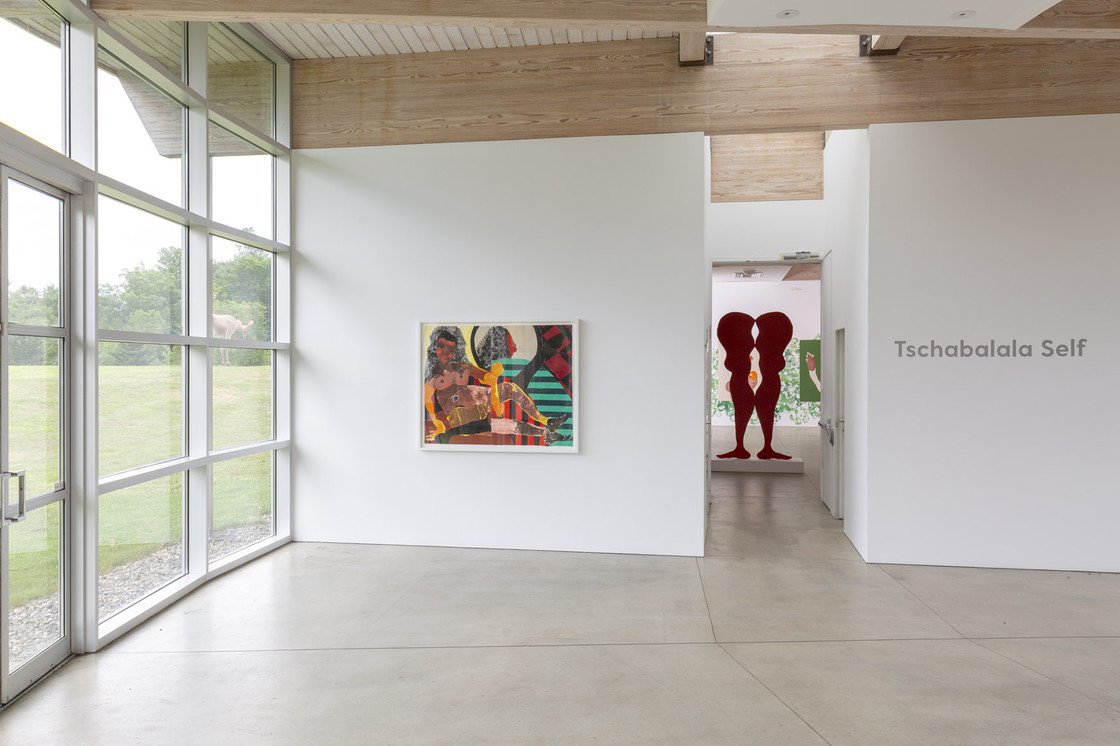 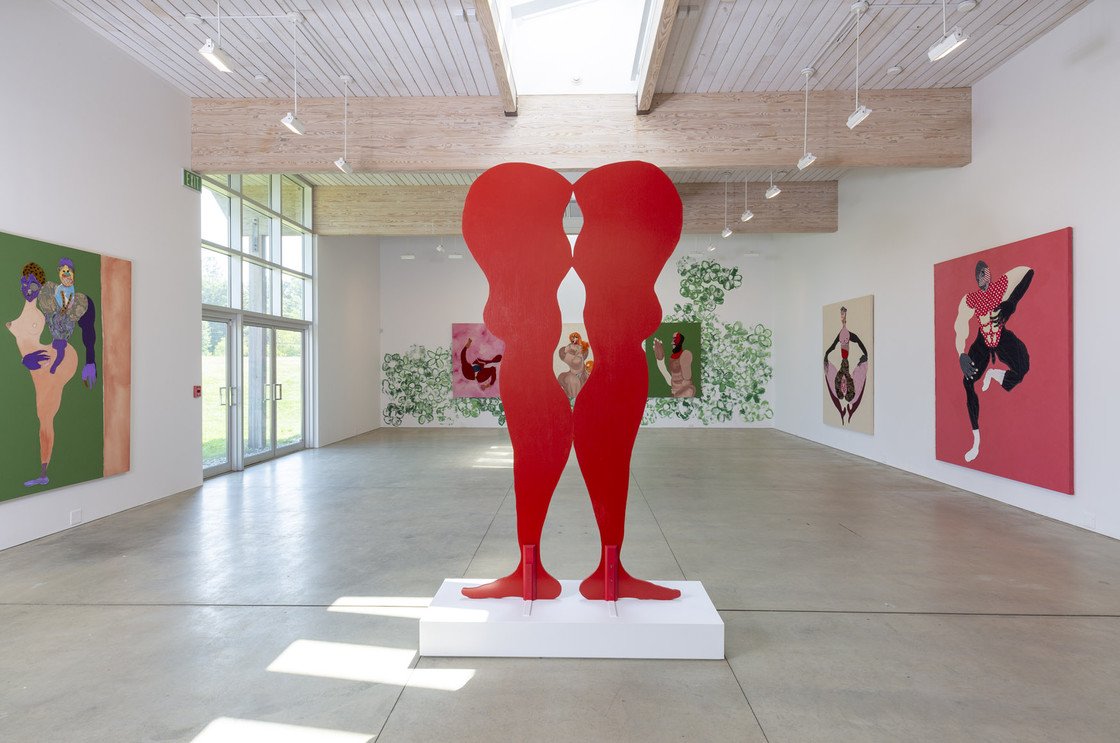 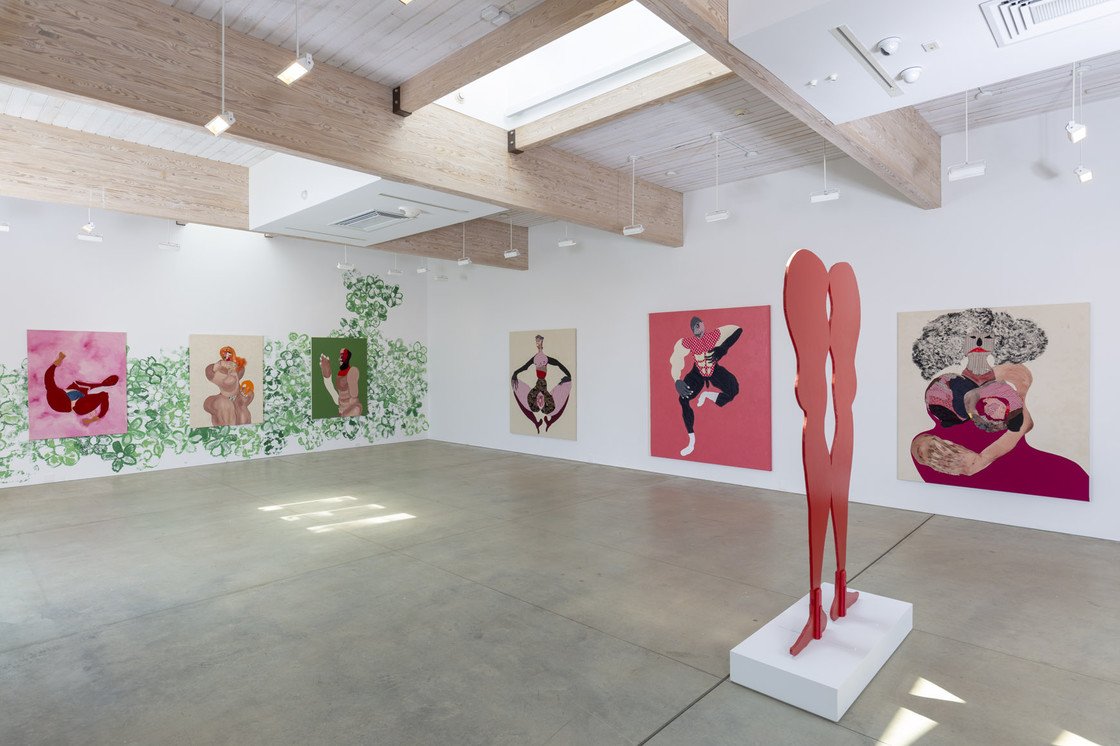 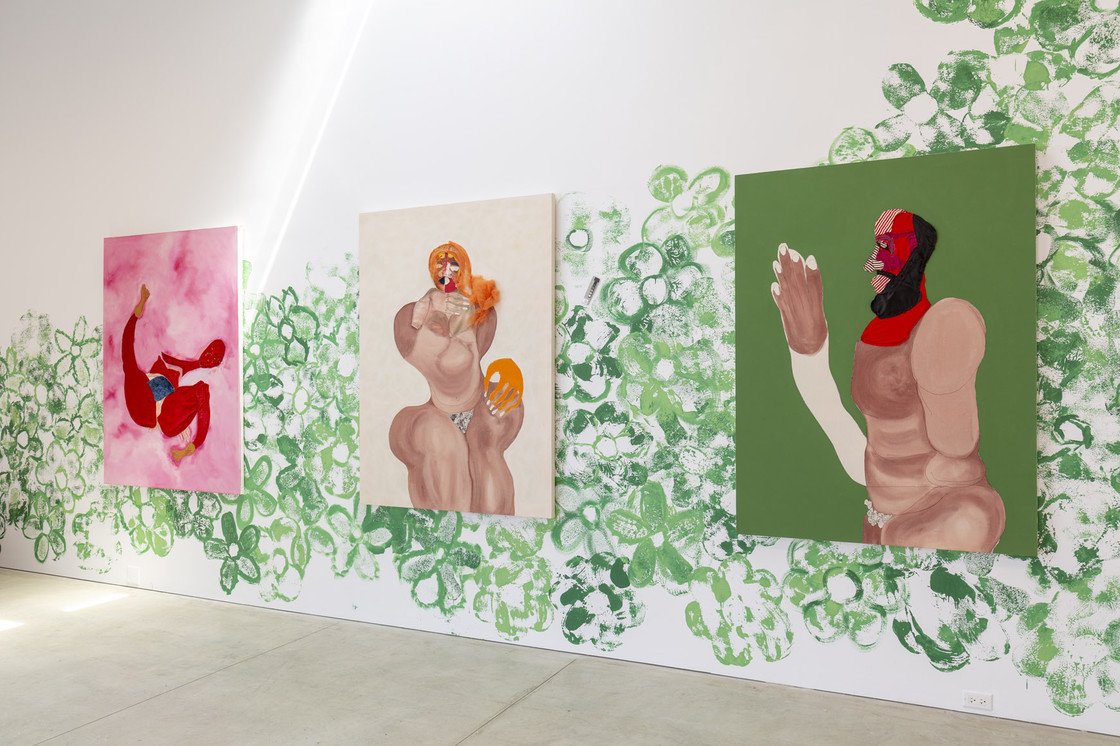 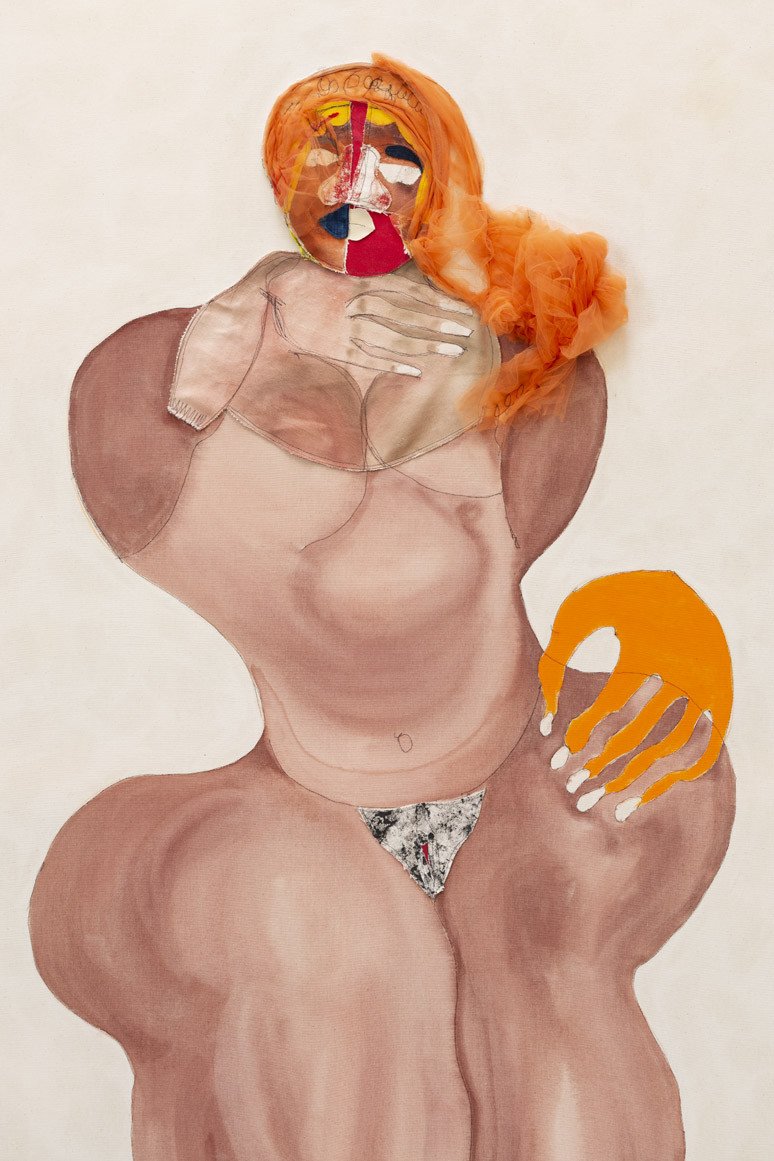 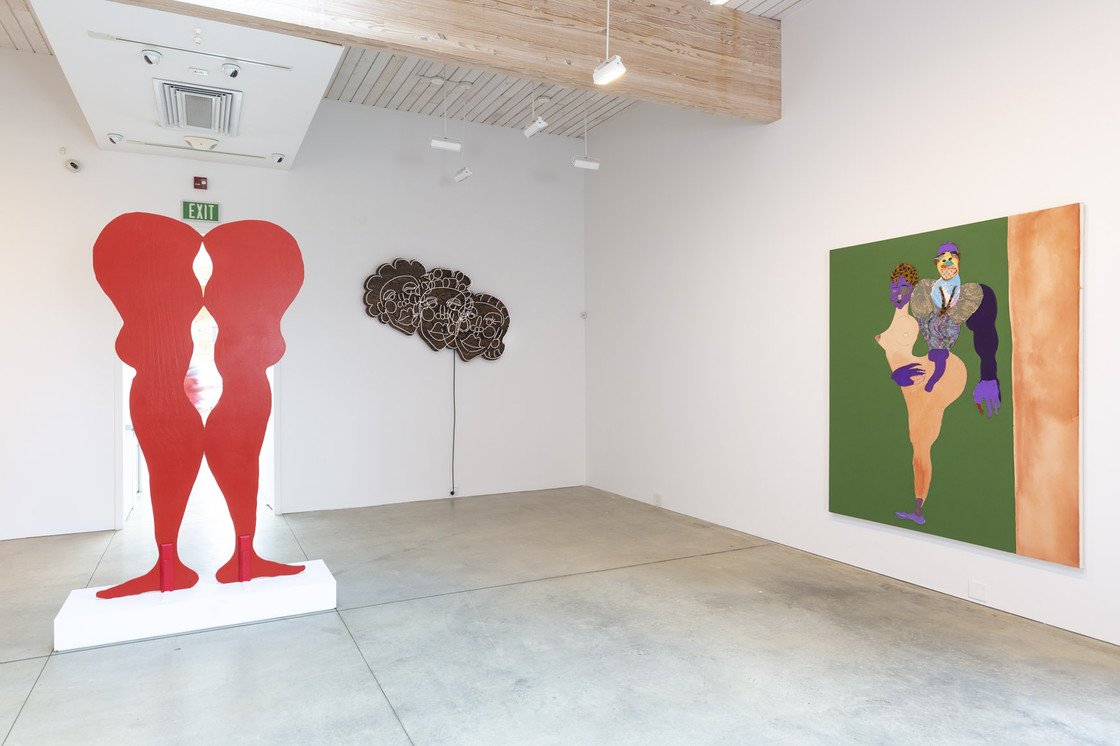 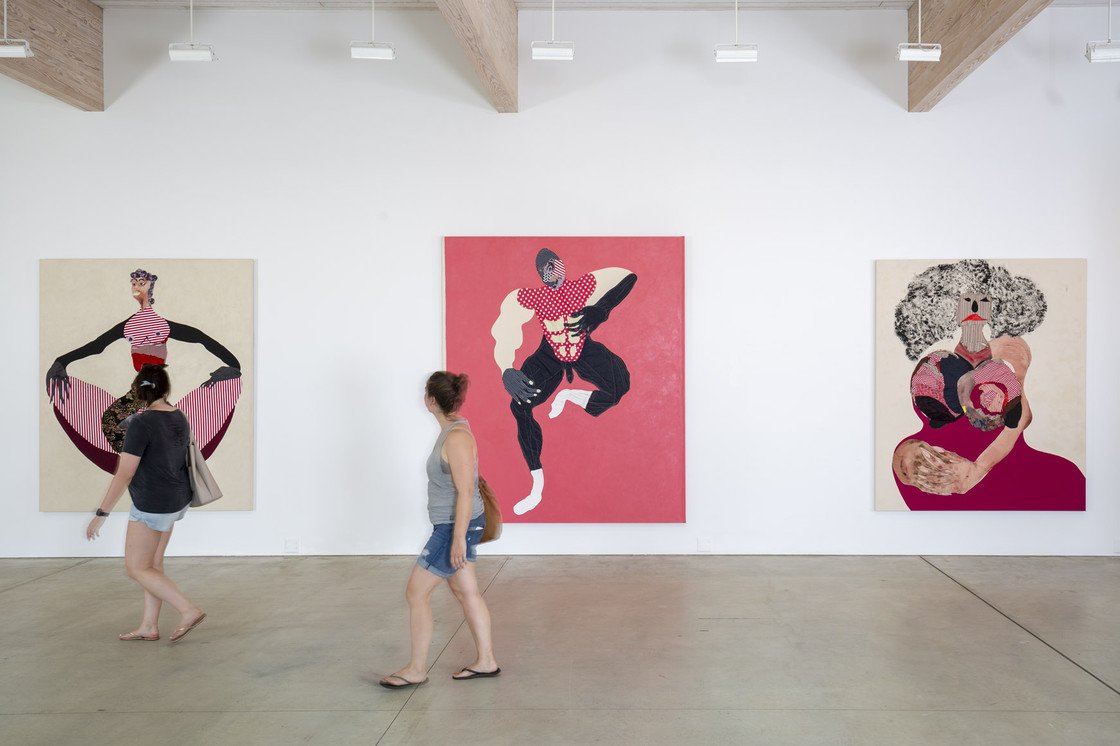 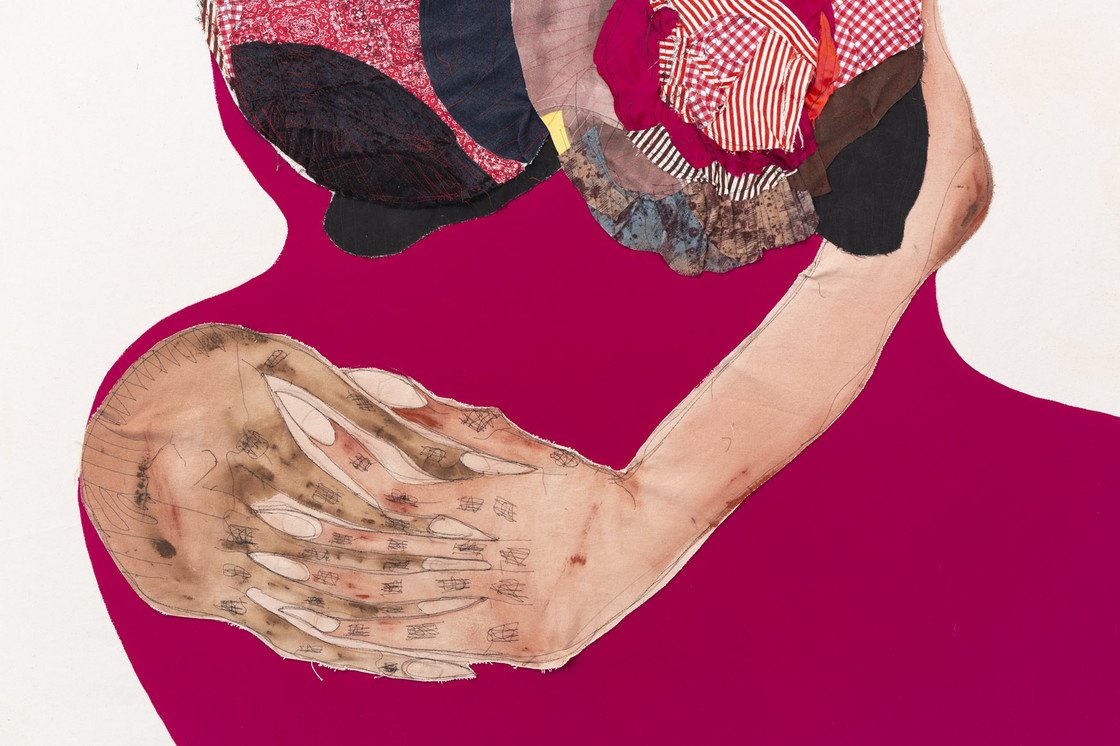 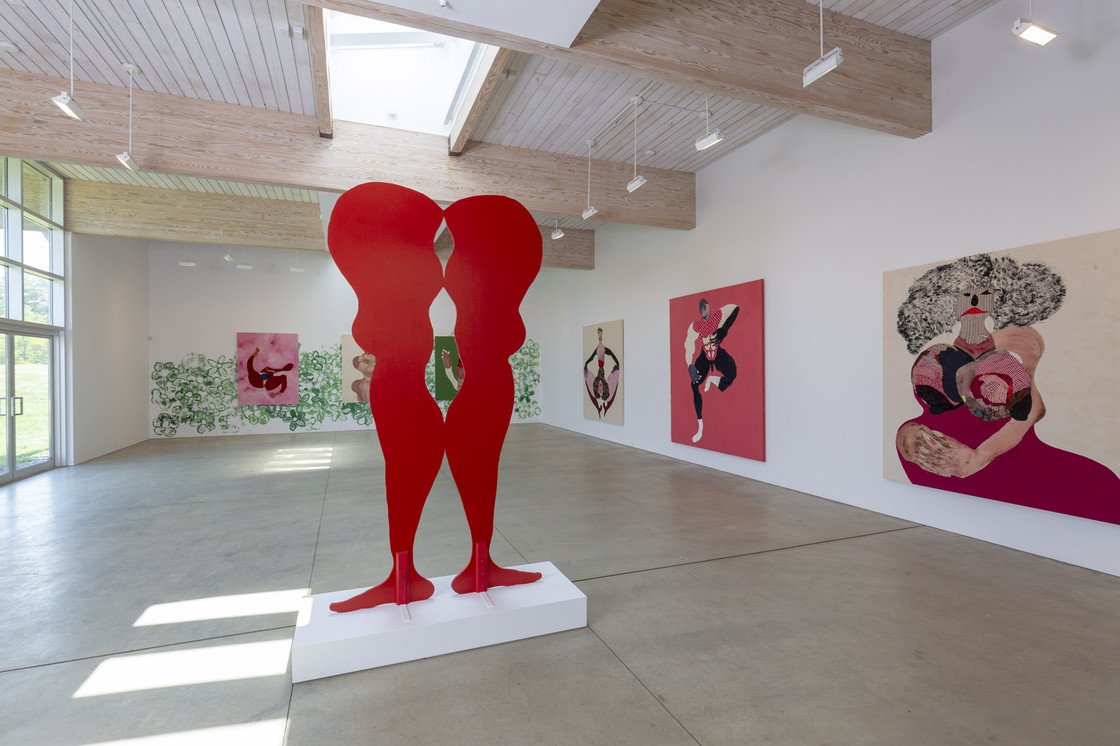 Tschabalala Self builds a singular style from the syncretic use of both painting and printmaking to explore ideas about the black female body. The artist constructs exaggerated depictions of female bodies using a combination of sewn, printed, and painted materials, traversing different artistic and craft traditions. The exaggerated biological characteristics of her figures reflect Self’s own experiences and cultural attitudes toward race and gender. “The fantasies and attitudes surrounding the Black female body are both accepted and rejected within my practice, and through this disorientation, new possibilities arise,” Self has said. “I am attempting to provide alternative, and perhaps fictional, explanations for the voyeuristic tendencies towards the gendered and racialized body; a body which is both exalted and abject.”