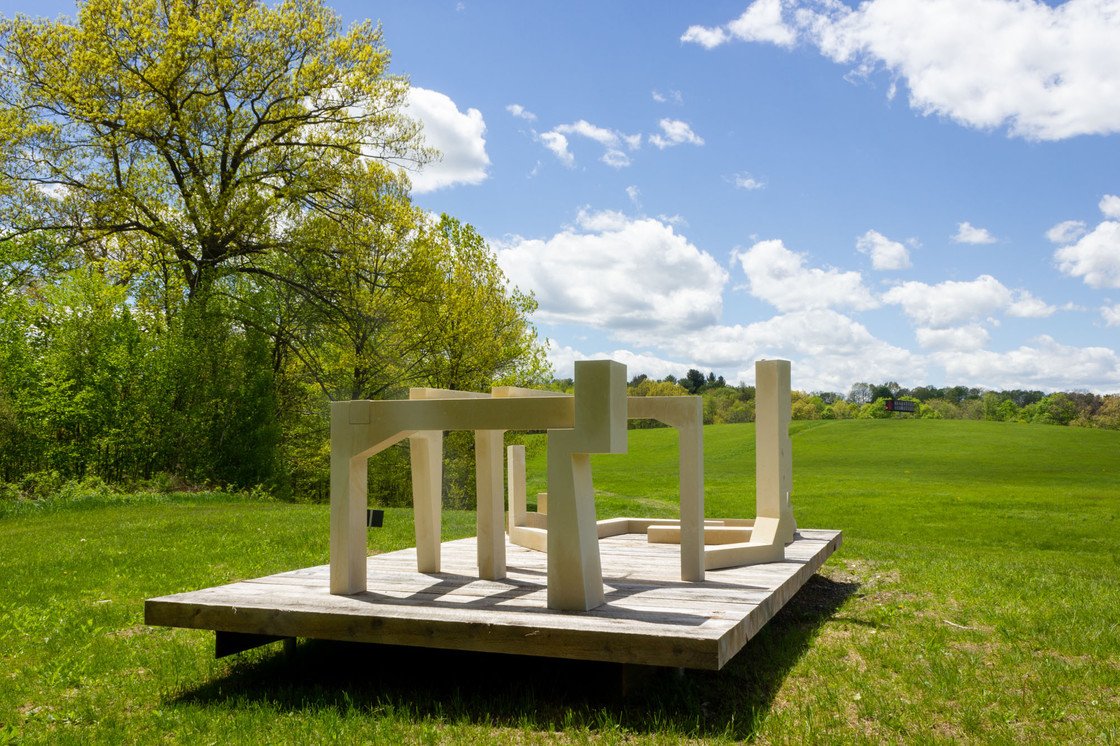 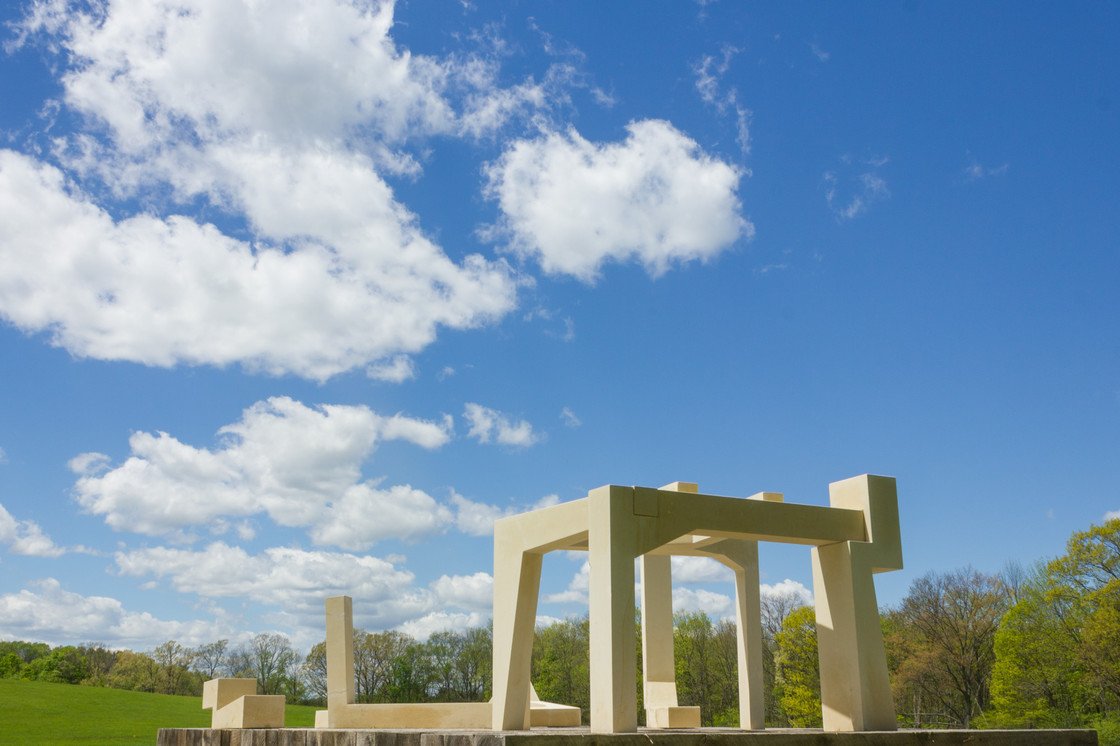 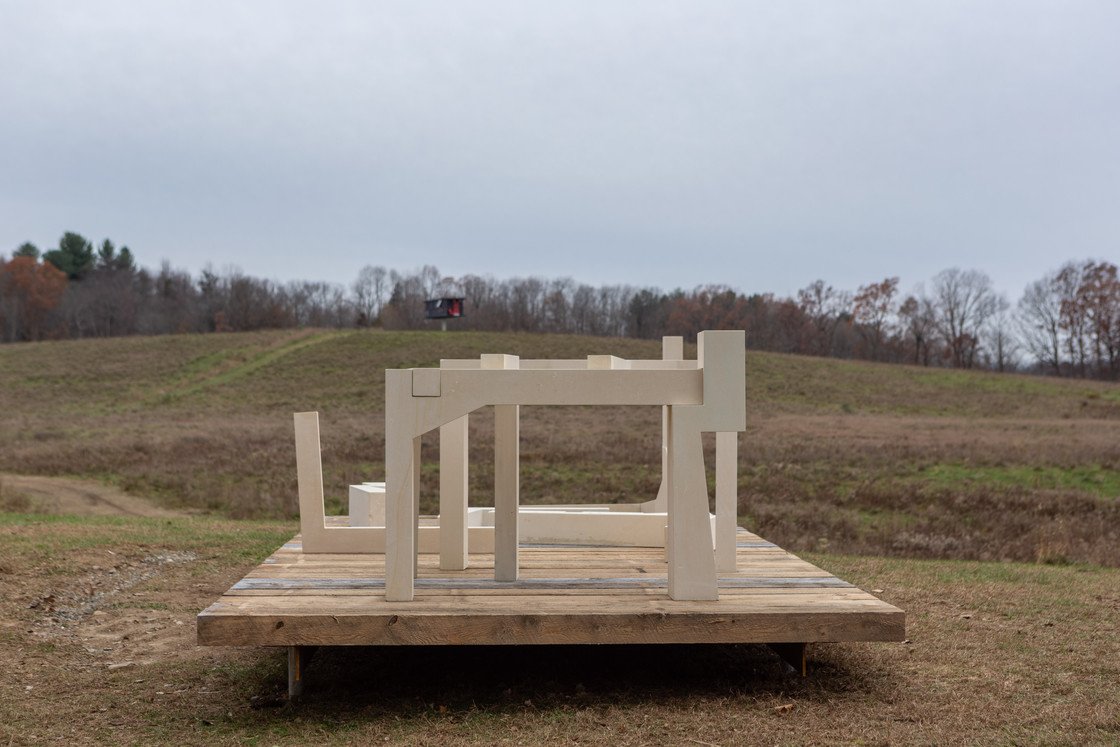 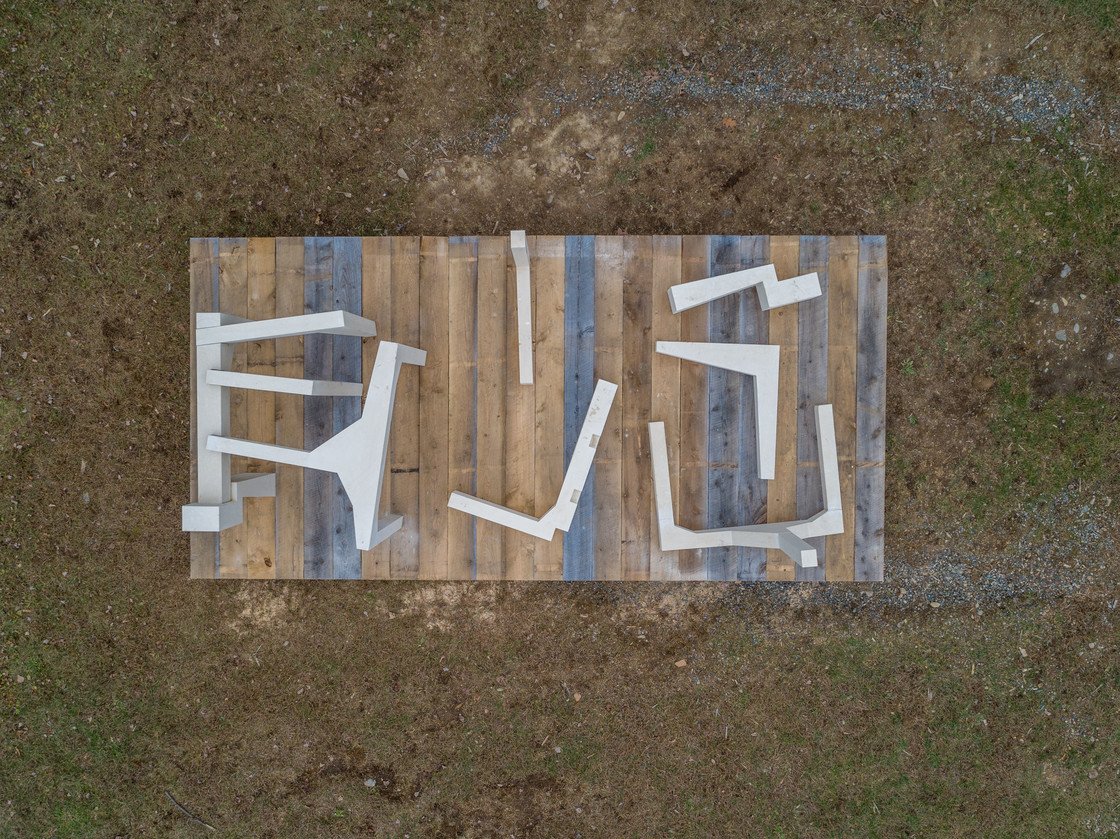 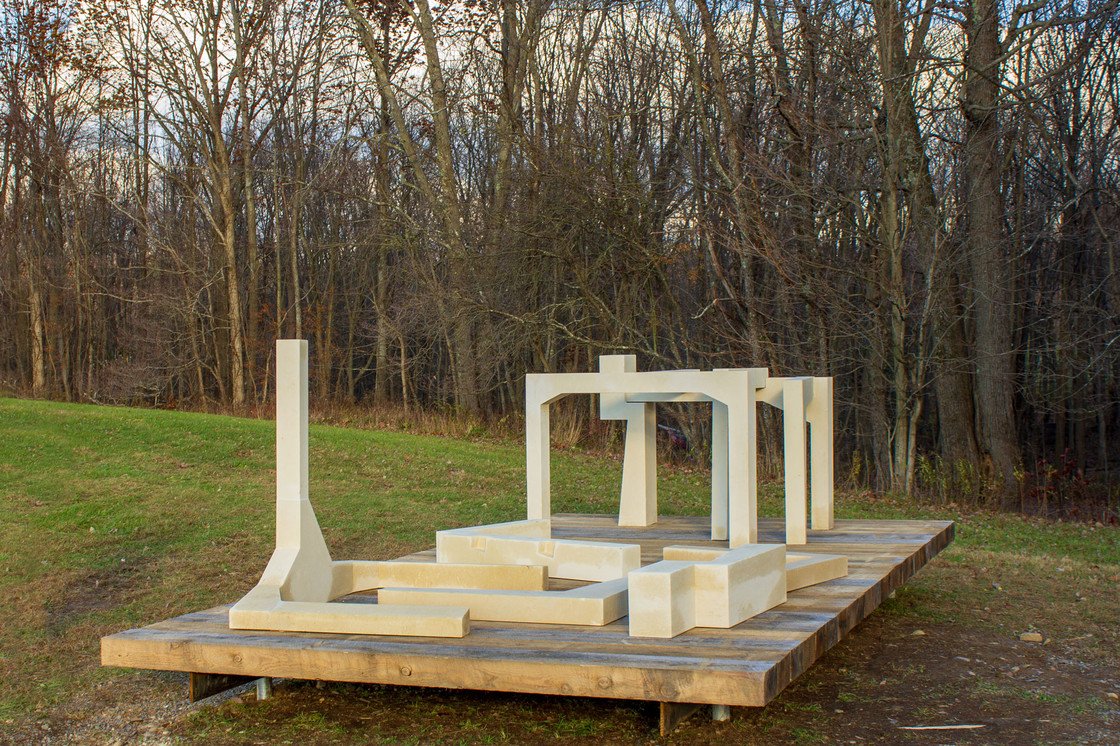 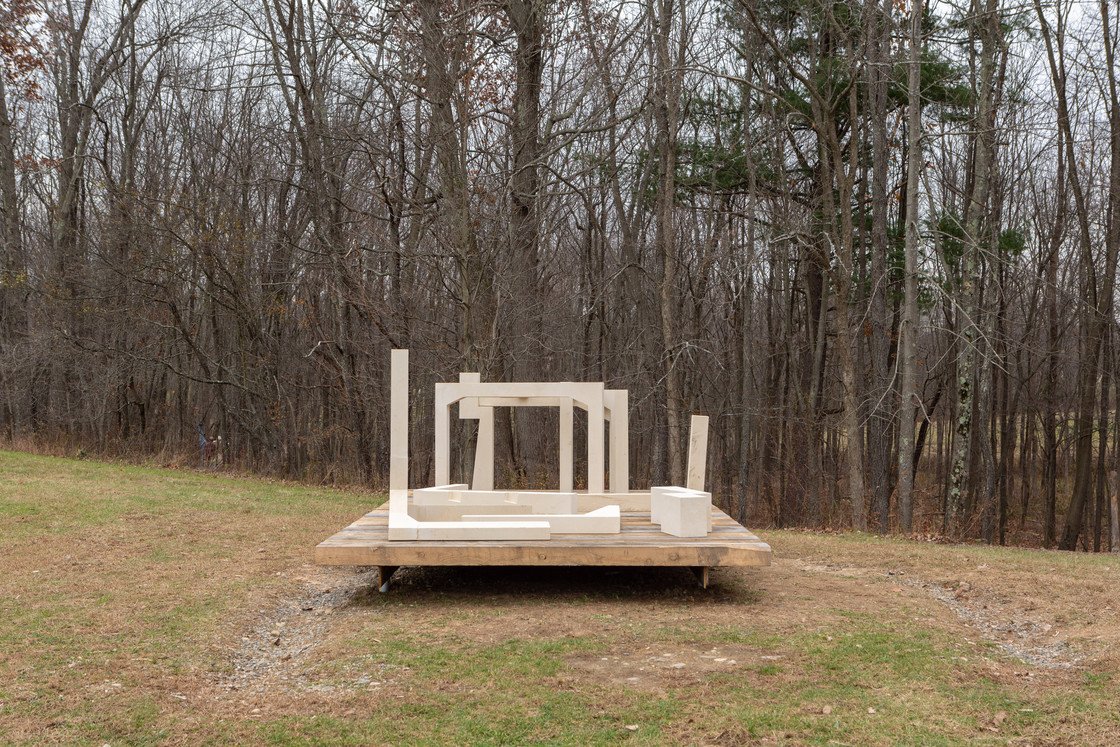 One Two Five is a pivotal piece in the Architecture Fields at Art Omi. It is placed close by one of the entry points to the fields dedicated to works by architects. When visitors walk through dense woods to emerge at a large open field the placement and installation re-orients them. This is also the first stone work exhibited in the Architecture Fields, and initiates a new curatorial theme: Architectural Time. Measuring time through the lens of architecture is what links all the other six existing works and will provide a framework for new pieces. Architecture is what Time looks like.

Up close, there is a delicate intimacy to One Two Five, and one can see an implied monumentality from afar. Holl plays with scale and materials. The heavy limestone pieces sit, assembled and disassembled, on a hovering hemlock wood carpet. The surrounding landscape provides an elastic frame for this to happen.

Established in 1977, Steven Holl Architects is recognized for its ability to blend space and light with great contextual sensitivity and to utilize the unique qualities of each project to create a concept-driven design. The firm specializes in seamlessly integrating new projects into contexts with particular cultural and historic importance. They have realized cultural, civic, university, and residential projects in the U.S. and around the world, most recently the Lewis Arts Complex at Princeton University (2017); Maggie’s Centre Barts in London, United Kingdom (2017); the Institute for Contemporary Art at Virginia Commonwealth University (2018); the Glassell School of Art in Houston, Texas (2018); and currently the Expansion Project for the John F. Kennedy Center for the Performing Arts and the Museum of Fine Arts, Houston Campus Expansion. Steven Holl, principal and lead designer of Steven Holl Architects, has been recognized with several international awards, including the 2014 Praemium Imperiale International Arts Award for Architecture and the AIA 2012 Gold Medal Award. Holl is a tenured professor at Columbia University’s Graduate School of Architecture and Planning.

Holl was inspired by the work of Michelangelo and Picasso, the location of the gallery (Corso Garibaldi 125), and his two year old daughter’s excited counting attempts. The result is a sculpture composed of: five elements, two versions, one assembled. Holl worked with the dialectic of simultaneously presenting a subtractive form of sculpture and an additive form. Here each piece is carved out of 21-million-year-old stone “pietra di Lecce” by the latest CNC technology and assembled to a two-part sculpture, where the individual elements form space either in composition or freestanding.