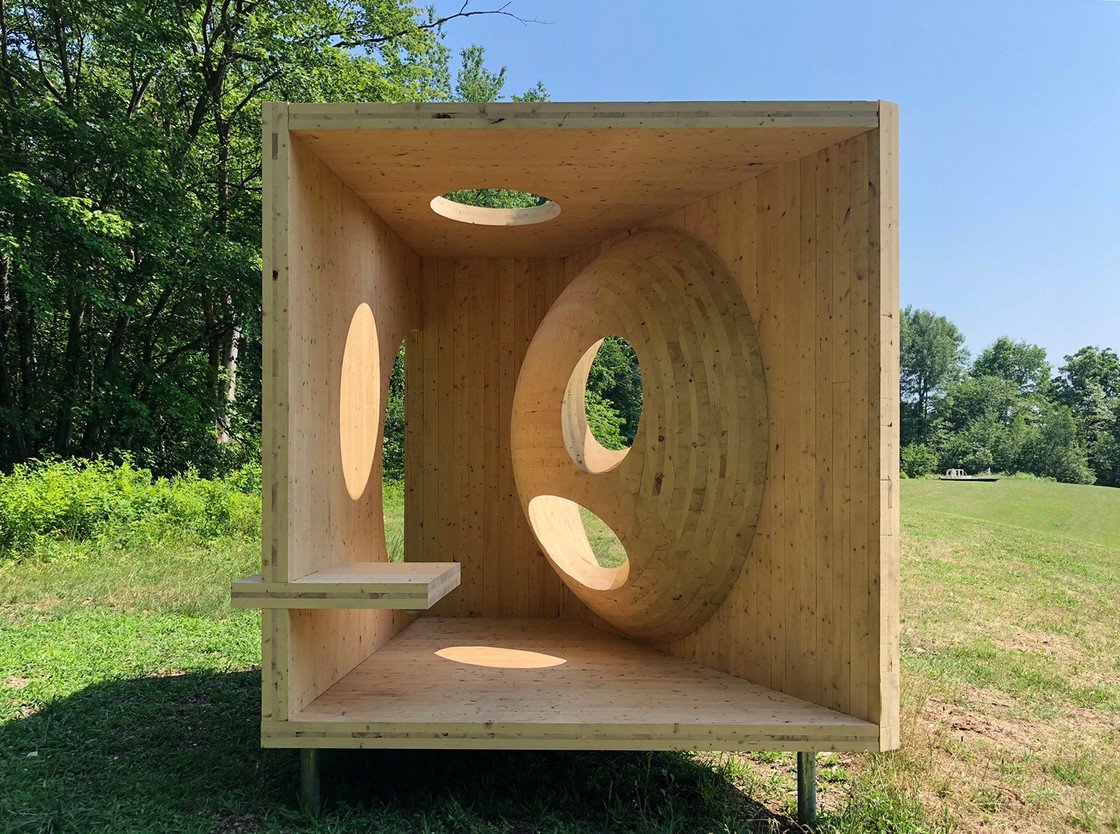 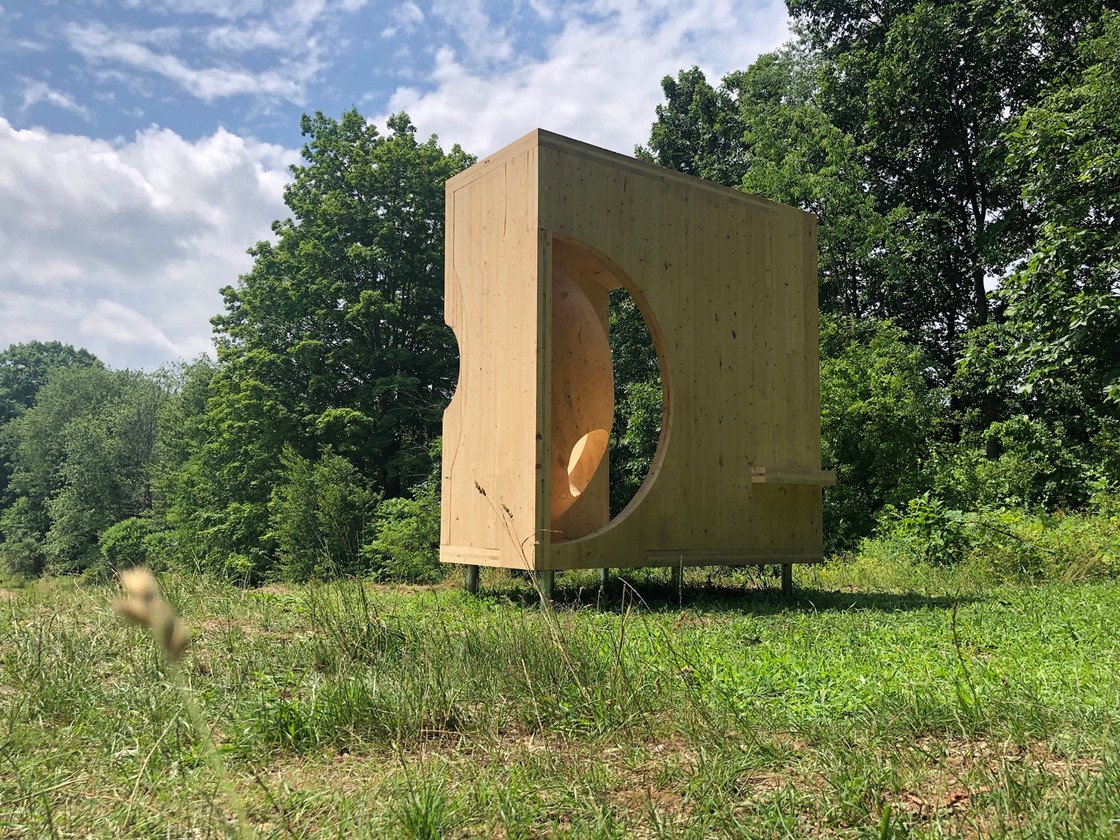 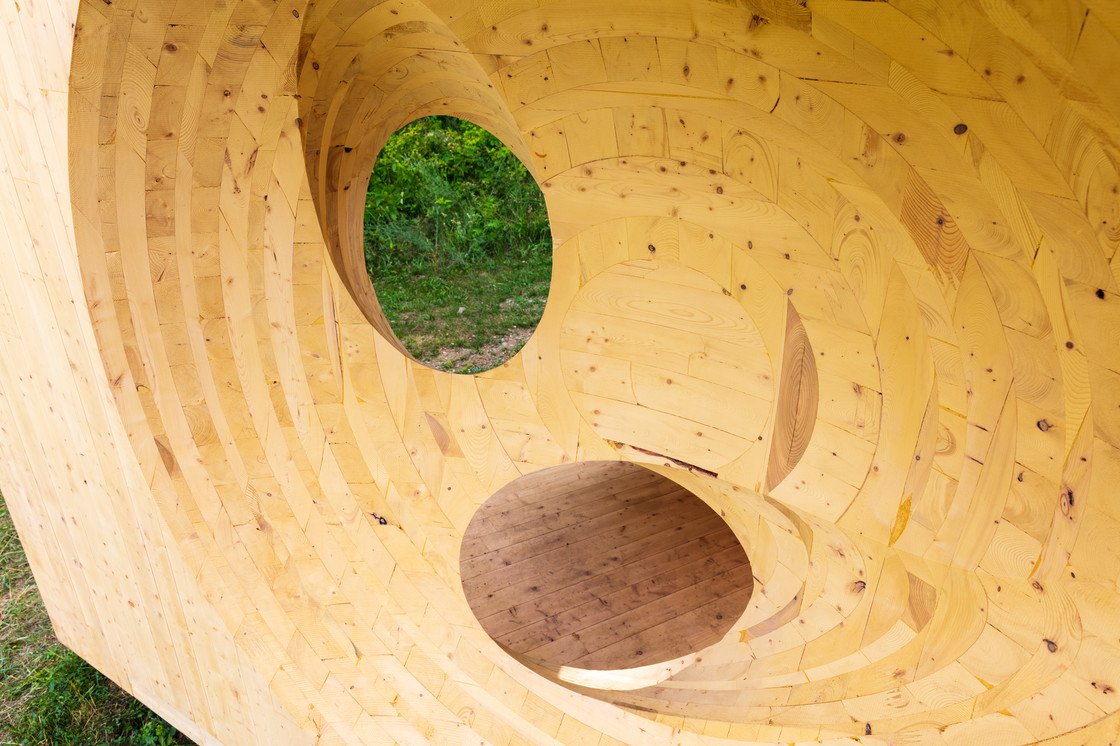 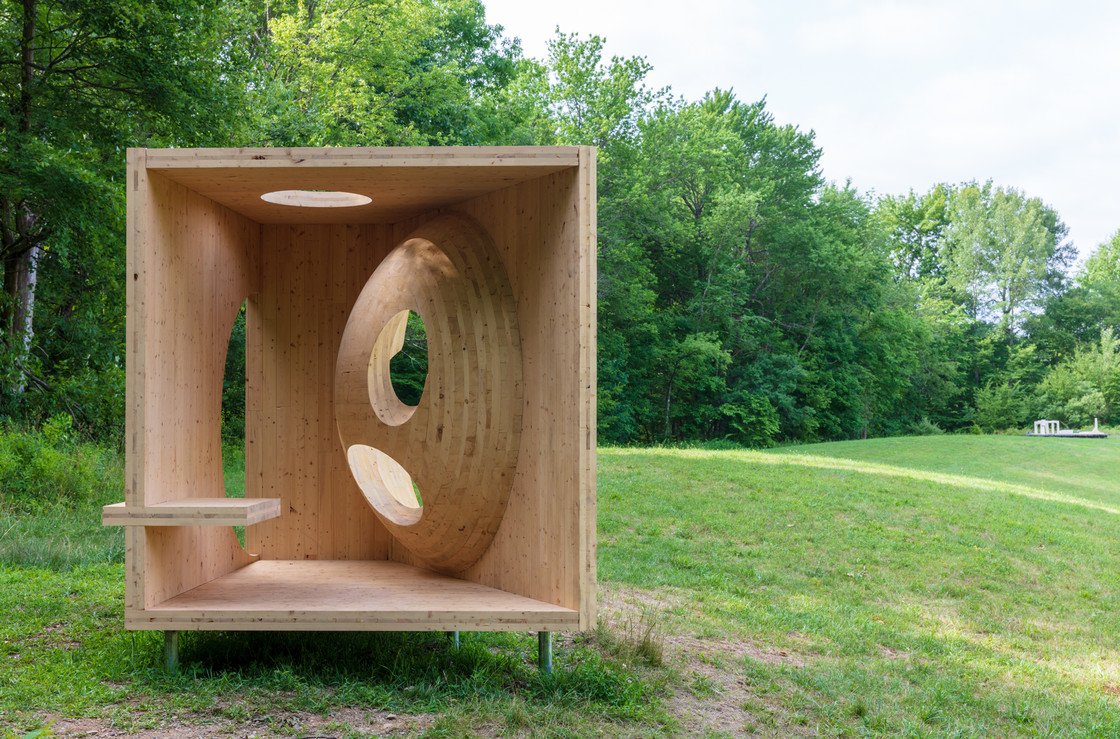 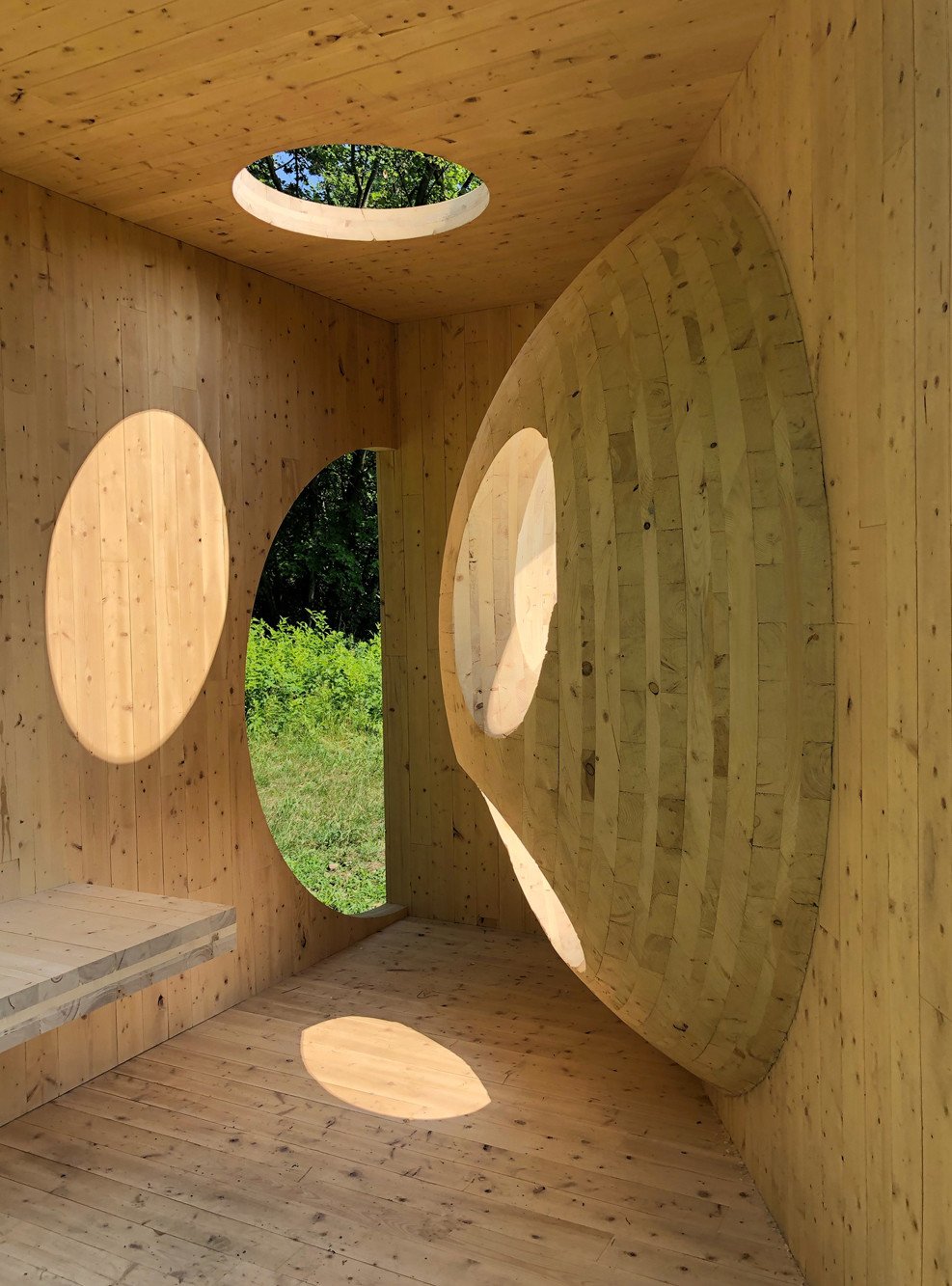 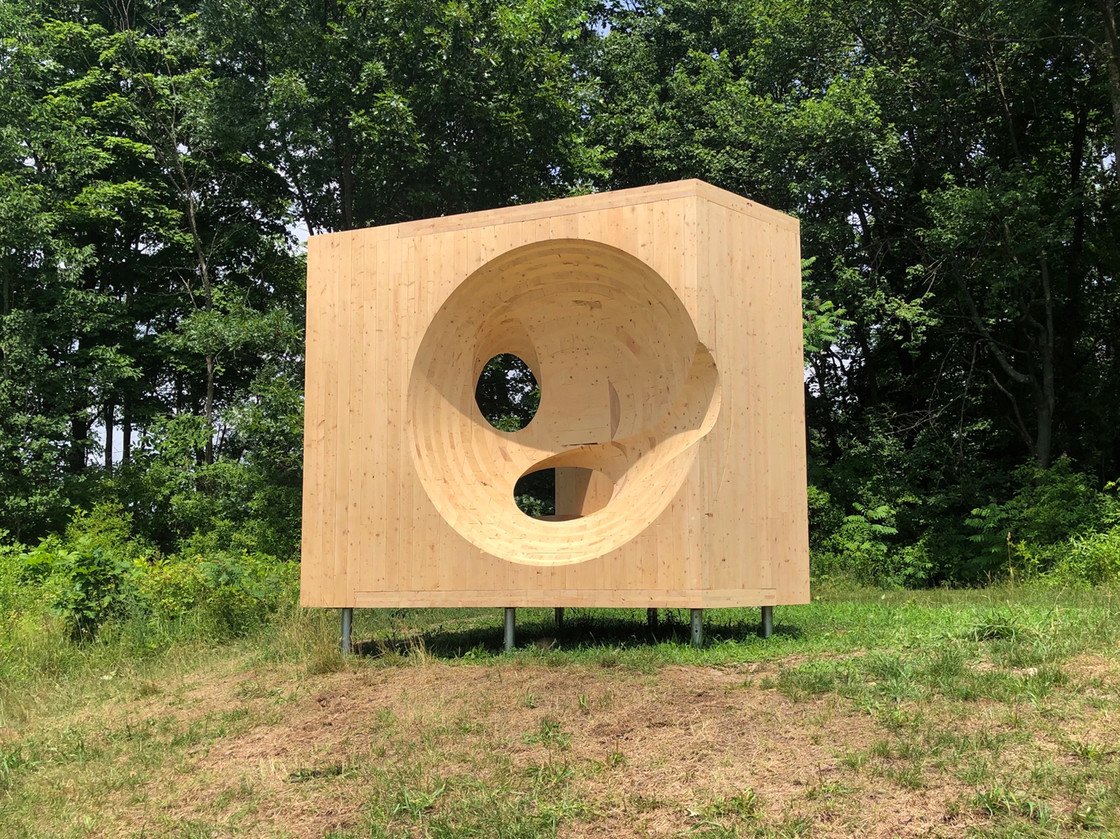 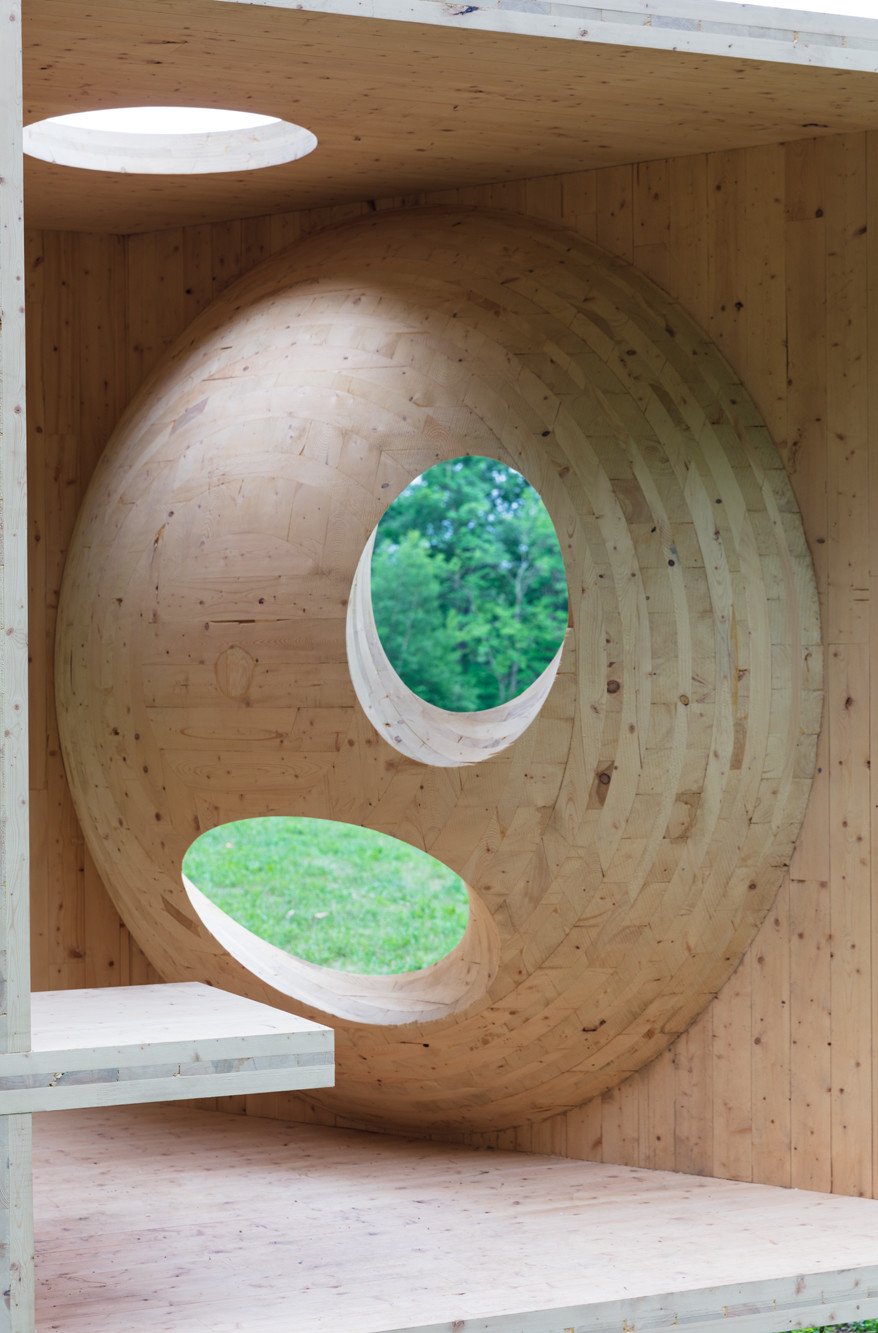 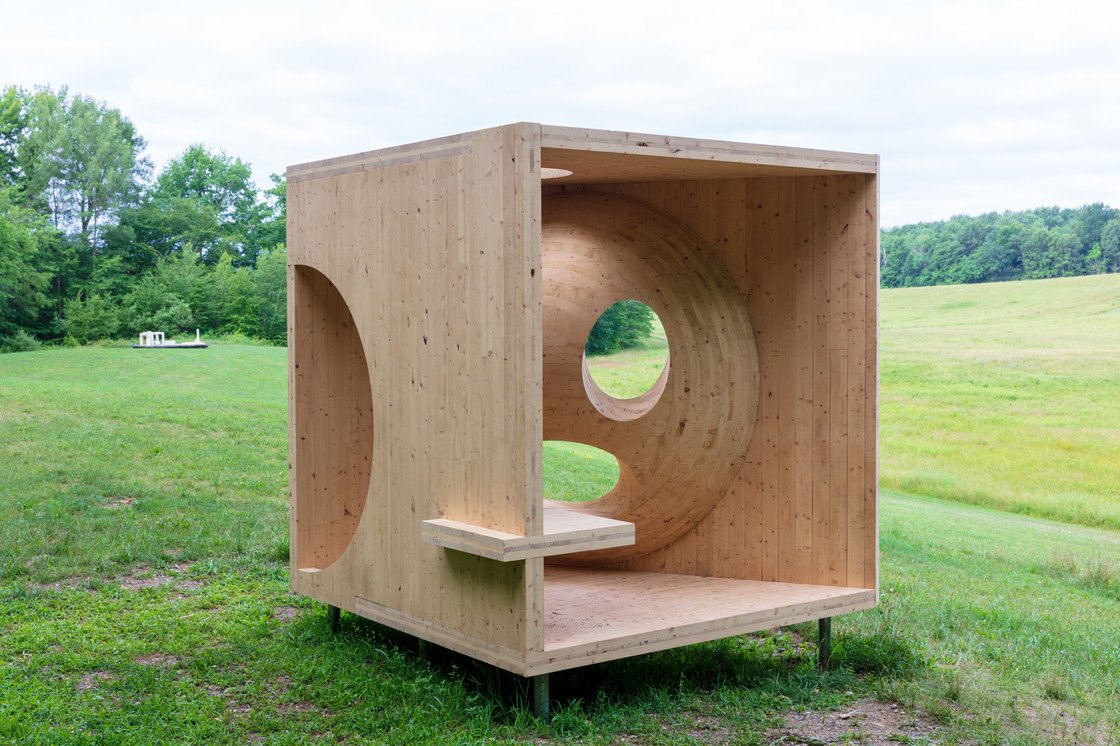 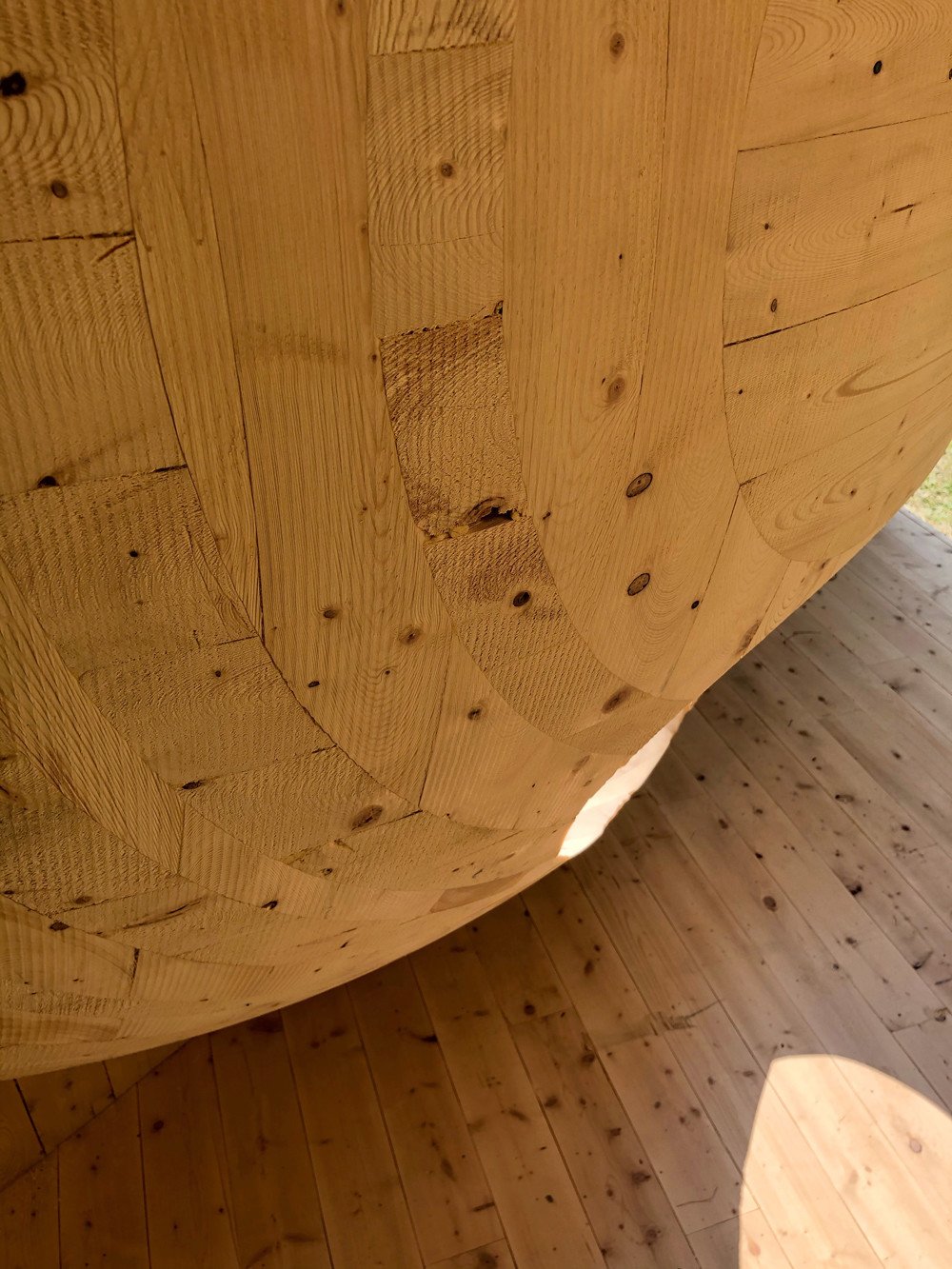 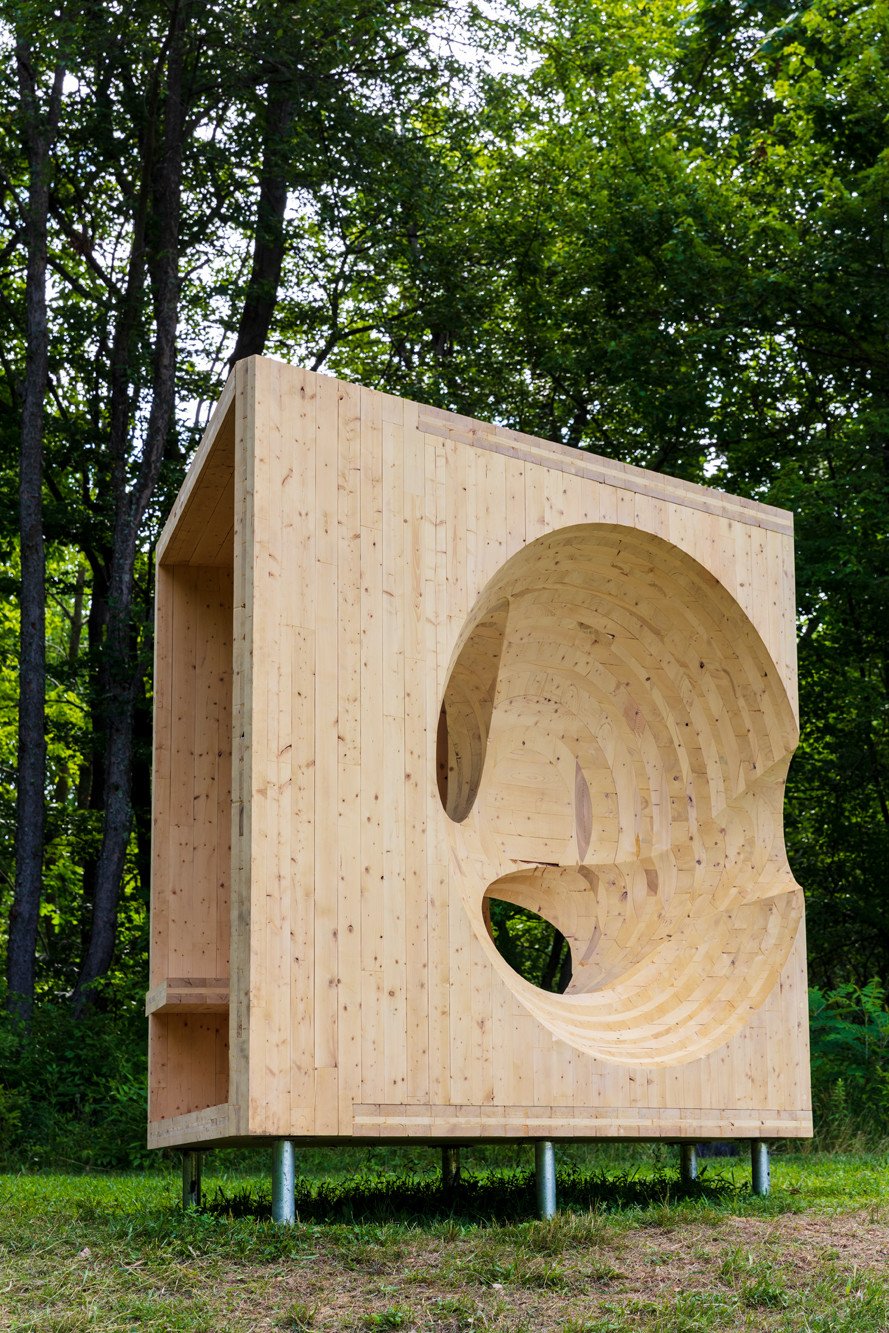 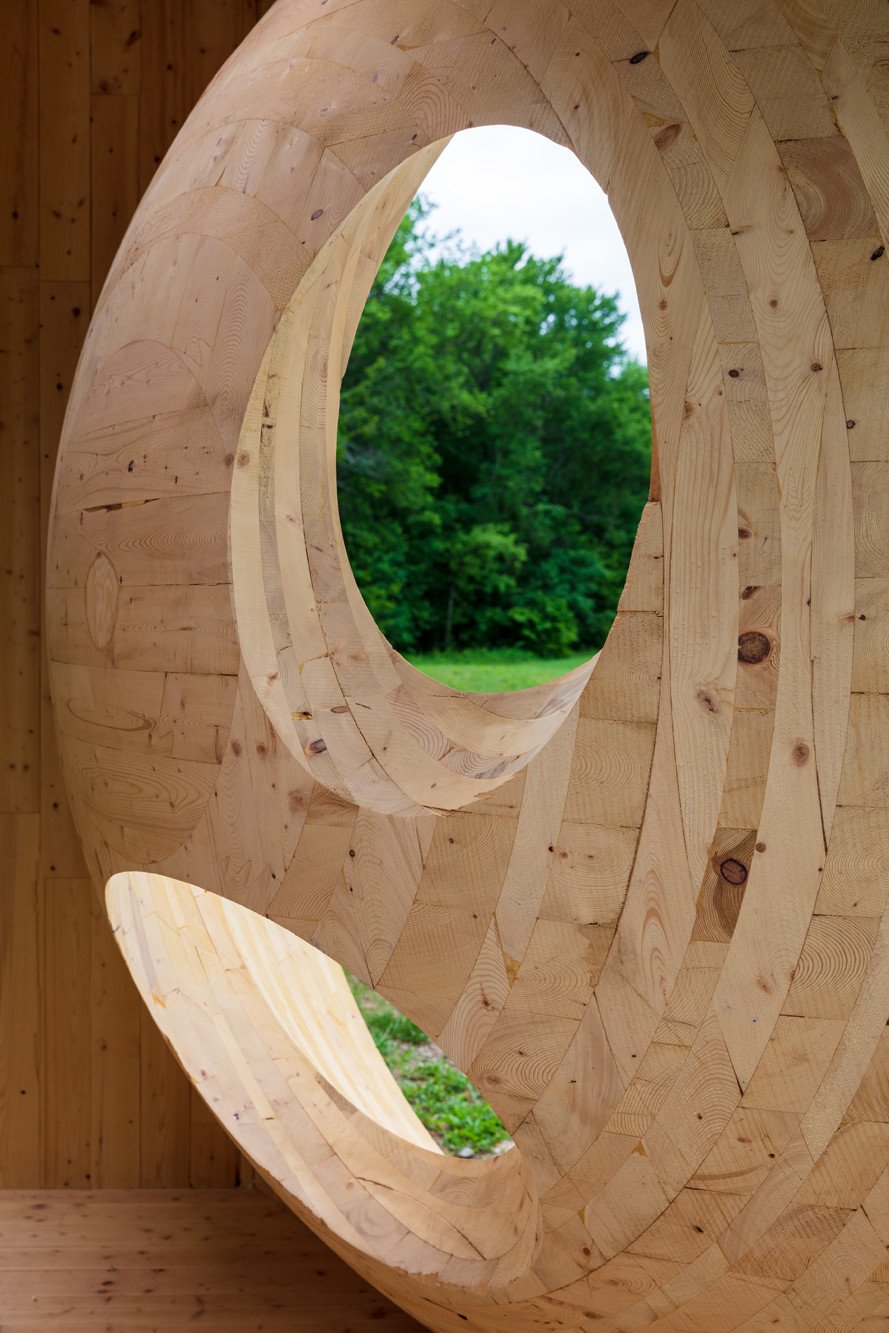 “The presence of light is the most fundamental connecting force of the universe.”
Steven Holl, Parallax, 2000

Obolin celebrates the scientific and psychological effects of light and space. The sculpture was named by Holl’s four-year-old daughter Io Helene, who, when asked what Obolin means, replied: “it means anything you want it to mean.”

Fabricated from robotically cut CLT, the sculpture serves as a sun gauge, with three tubular Boolean cutouts subtracted from spherical geometry. These tubes mark the exact location of the sun’s vector based on its exact geographical location at noon on the Summer and Winter Solstices, and at 2:00pm on the Equinox. (Latitude 42˚20’3.38”N, Longitude 73˚40’38.62”W)

Steven Holl Architects is a 44-person architecture and urban design office founded in 1977, and working globally as one office from two locations, New York City and Beijing. Steven Holl leads the office with partners Chris McVoy, Noah Yaffe, and Roberto Bannura. In 2019, the celebrated REACH Expansion to the John F. Kennedy Center for the Performing Arts (Washington, D.C.) and the Hunters Point Library (Queens, New York) opened to the public. Other recently completed projects include the ICA at Virginia Commonwealth University (2018); Maggie’s Centre Barts (2017); the Lewis Arts Complex at Princeton University (2017); and the Visual Arts Building at the University of Iowa (2016). Steven Holl Architects currently has several projects under construction, including the Kinder Building at the Museum of Fine Arts Houston (Fall 2020); the ChinPaoSan Necropolis in Taiwan (2020); the Rubenstein Commons at the Institute for Advanced Study in Princeton (2021); and the Winter Visual Arts Center at Franklin & Marshall College in Lancaster, Pennsylvania (October 2020).