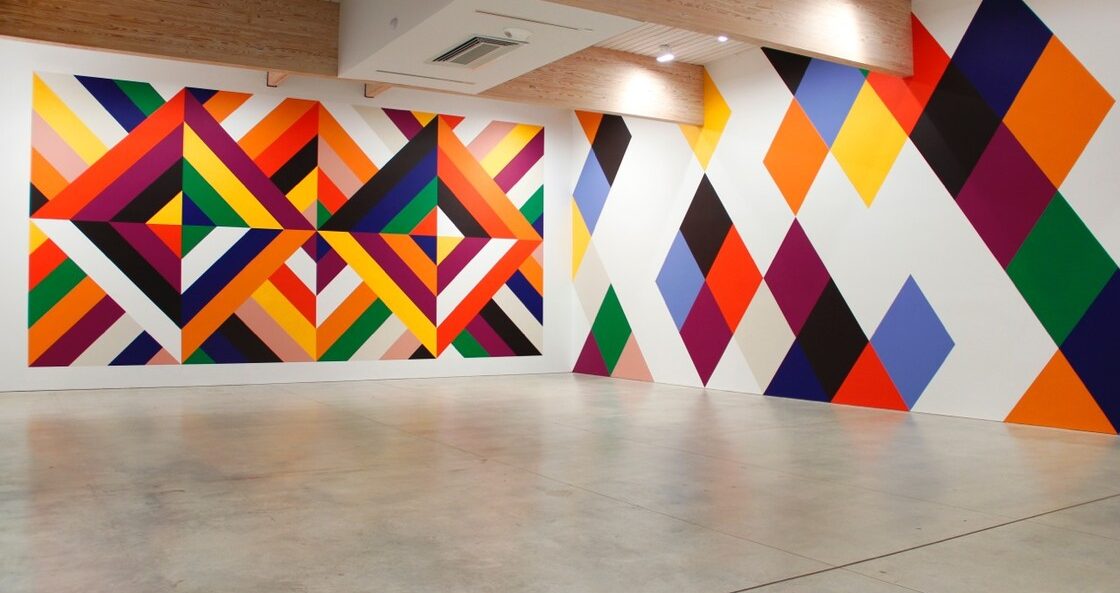 New York painter Stephen Westfall is widely known for colorful abstractions that add a new twist to the classic grid format. New York Times art critic Roberta Smith called them "delicately calibrated destabilizations" in a review in 2001 and Art in America has described him as a "veteran abstractionist, a kind of practicing Mondrianist and one of the few artists still able to get fresh juice from a formalist approach to painting."

Stephen Westfall's paintings have always revolved around relationships among colors and between color and composition. Emerging from a post-pop, post-minimalist environment, and extending a history of hard-edge painting that springs from the roots of modernism, Westfall gained recognition as a skilled practitioner of grid-based geometric abstraction. His brand has been an outward facing abstraction, impure and imperfect, reveling in instability, humor and observational associations. Those associations have included game boards, roadway signage, Navajo and Plains Indian motifs and Byzantine decorative patterns. The paintings of John McLaughlin, Frank Stella, Sol Lewitt, Agnes Martin, Nicholas Krushenick and Jo Baer all have a place in the ancestry of Westfall's work, as of course does Mondrian.

The exhibition will consist of large-scale wall-paintings that span Art Omi's indoor gallery space from floor to ceiling. In his work, color and patterns tend to project forward into space as much as they open up to illusionist pictorial depths. Westfall's affinity for geometry and dynamic optics are at play in the work, executed with a joyful and sensible hand.

*Stephen Westfall (b. 1953) is the recipient of the 2009 Rome Prize Fellowship and was a Guggenheim Fellow in 2007, and received the Academy Award in Painting from the American Academy of Arts & Letters in 2002. His work is found in the collections of The Albertina Museum in Vienna, the Museum of Fine Arts Boston, the Whitney Museum of American Art, the Bon Marche, and the Library of Congress. He has exhibited internationally since the mid-1980s.