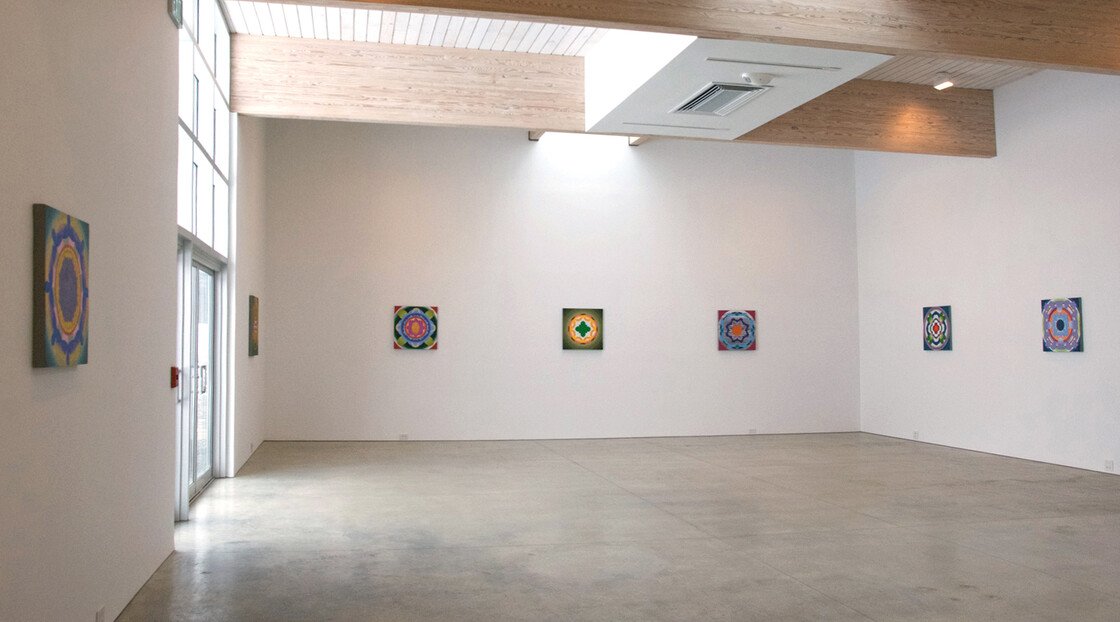 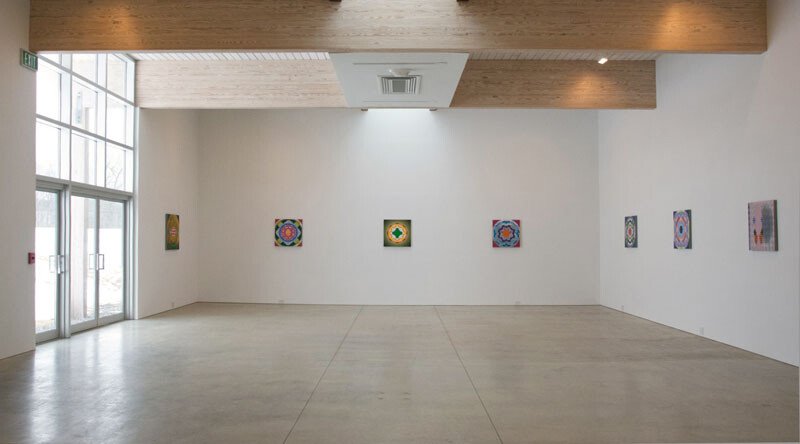 For the first exhibition of paintings at The Charles B. Benenson Visitors Center and Gallery, at The Fields Sculpture Park at Art Omi, Stephen Mueller presented fourteen small format paintings (most measuring 24” x 24”), dating from 2002 to 2010.

Mueller’s paintings are abstract and brightly colored acrylics on linen; the most recent inspired by painted earthenware plates the artist saw during a recent trip to Mexico. Describing his work, Mueller says, “ . . . generally speaking, it’s about the interstice of symbol and language, a kind of soft science, and a little bit of mythology.”

Stephen Mueller was renowned for his color field paintings, a style that he expanded and refined from the 1970s to the 1990s. In color field paintings, large stains and fields of flat, consistent color become the subject. Mueller's abstracted forms are infused with symbolic meaning and spiritual power. His inspiration is drawn from a myriad of sources: eastern and middle-eastern art and culture, especially tantric symbols, as well as from modern and contemporary abstract painters. His symbols floating in luminous, atmospheric washes are meant to demonstrate what he calls "the folly of duality;" the lack of spatial information skews the viewer's perception of figure and ground. His use of geometric patterns, vibrant colors, and Tantra iconography creates an ethereal, otherworldly spirit that is meant to awaken, inspire, and reveal the transience of everything.

Mueller received his MFA from Bennington College where he was exposed to leading influential artists, critics, and theorists of the 1950s and 60s. He also had a stint working for Warhol in his factory and was inspired by the Pop movement and Warhol as a colorist. In his work, he chose to explore interactions between paint and color, figure and ground, and infinite perception.

Mueller has shown extensively in the U.S. and abroad, most notably in the 1987 and 1995 Whitney Biennials, and Tresors de Voyage, Monastero dei Padri Mechitaristi dell’Isola di San Lazzaro degli, Arrneni Venice (under the patronage of the 45th Venice Biennale) and has works included in such collections as: The Whitney Museum of American Art, New York; The Brooklyn Museum; The Denver Museum, and The Houston Museum of Fine Arts, among others. He is also the recipient of numerous grants and awards from, among others, the John Simon Guggenheim Memorial Fellowship; The Adolph and Esther Gottlieb Foundation; the Pollock-Krasner Foundation; and, in 2005, the Francis J. Greenburger Award.