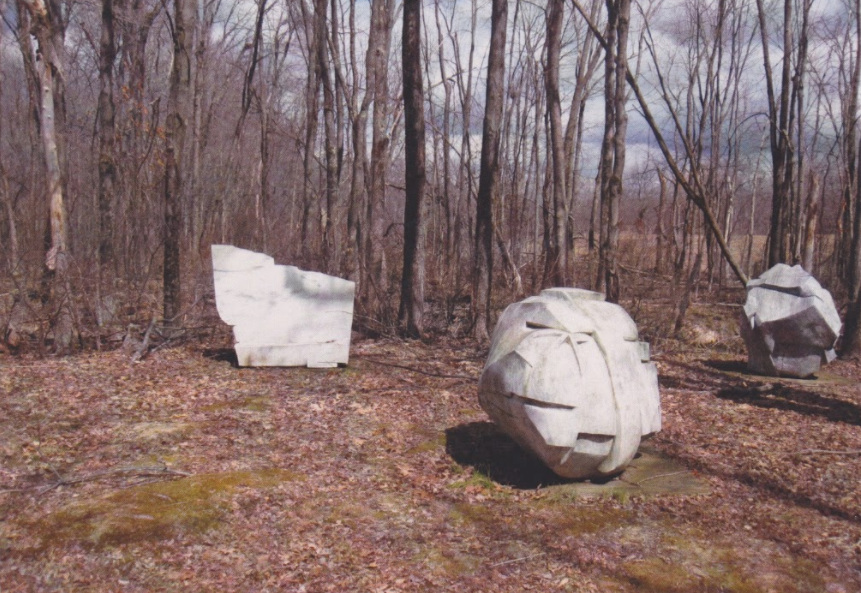 Although Stanley Boxer was a notable sculptor in his career, he was best known for his thick, colorful, meticulous abstract paintings on canvas. He has an international reputation of being one of the top American Contemporary Artists. Boxer focused on a rich, varied body of work for over four decades, and managed to incorporate his gestural and painterly style to his sculptures and paintings. Due to the three-dimensional quality of his canvas works, he was deemed "the sculptor of paint" by notable art critics.

Boxer's overall style is gentle and deliberate, where every millimeter of surface is carefully regarded for and examined. These qualities create an overall enchanting effect when it comes to the surface quality of the marble sculptures, shown here as a retrospective of his work during the Summer Selection Exhibition in 2005.

Stanley Boxer was born in 1926 in New York City. He served in the Navy during WWII and with the funds after returning home, enrolled in the New York Art Student's League. His career began with energy, as he spent all of his time focusing on his work and had his first exhibition in 1953 at Perdalma Gallery in NYC. Boxer's work may be found in noted private and public collections in the United States and in other countries, including Ackland Art Museum, the University of North Carolina at Chapel Hill; Albright-Knox Art Museum, Buffalo, New York to name a few. His work has been exhibited world-wide since the 1970s, and continues to be a subject of focus after his passing in the year 2000.