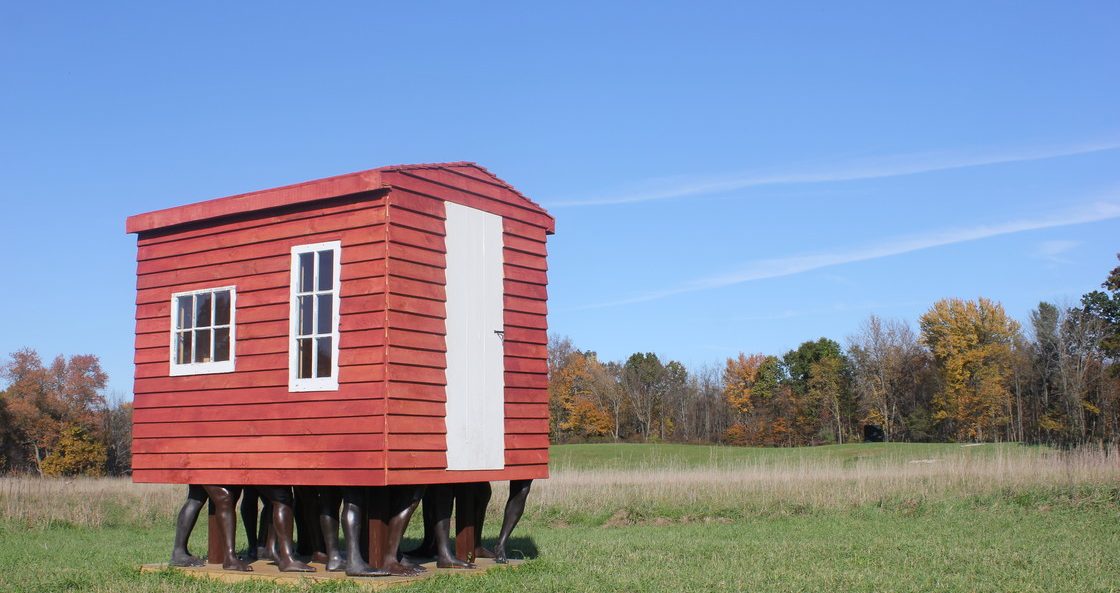 Skyline Adrift presents large-scale architectonic installations by Cuban architects Yilena Lourdes Feitó Echarri and Yoandy Rizo Fiallo and internationally renowned Cuban visual artists Alexandre Arrechea and Armando Mariño Calzado. The two architects, who had never before left Cuba, were awarded a six-week residency at the Vermont Studio Center for creative development and production of their site-specific installations. They travelled to Omi early in the summer to survey the site for their installations, which will be transported and installed on the grounds of Architecture Omi in early September.

Alexandre Arrechea and Armando Mariño Calzado are well known on the international arts scene. Mariño recently took up residence near Omi in Athens, New York. Arrechea splits his time between Madrid and Havana. They both participate in global art fairs and exhibit in elite museums and galleries around the world and will contribute sophisticated sculptural pieces to the exhibition.

Skyline Adrift reflects current Cuban creative sensibilities across a broad spectrum of sculpture, architecture and installation art. Although the artists and architects emerge from very different professional pressures, they share the centuries-old traditions in which Cuba's visual arts are deeply rooted. In creating four site-specific works in the picturesque landscape of Omi International Art Center's 300-acre campus in New York's Hudson Valley they will confront the quintessential rural context of New England, far removed from the ecological, political and cultural praxis of Havana.

According to Architecture Omi Director Peter Franck, "this exhibition will introduce the current state of architectonic discourse in Cuba to the world outside Havana."We wanted to offer Cuban architects the same opportunity more commonly granted to painters, ballet dancers and musicians in their country. This program is a great example of the power of international cultural exchange and we expect for it to have a ripple effect on Cuba's architecture community upon their return" added Weingeist. Reflecting on the project, Ricardo Porro remarked "in architecture, we always begin with the problem of function and add poetry to that function. For this project, the architects are being asked to respond poetically to the landscape without the restriction of function. . . . I do believe that an architect should be a painter and a sculptor and this, in essence is what this show is asking these young architects to be."