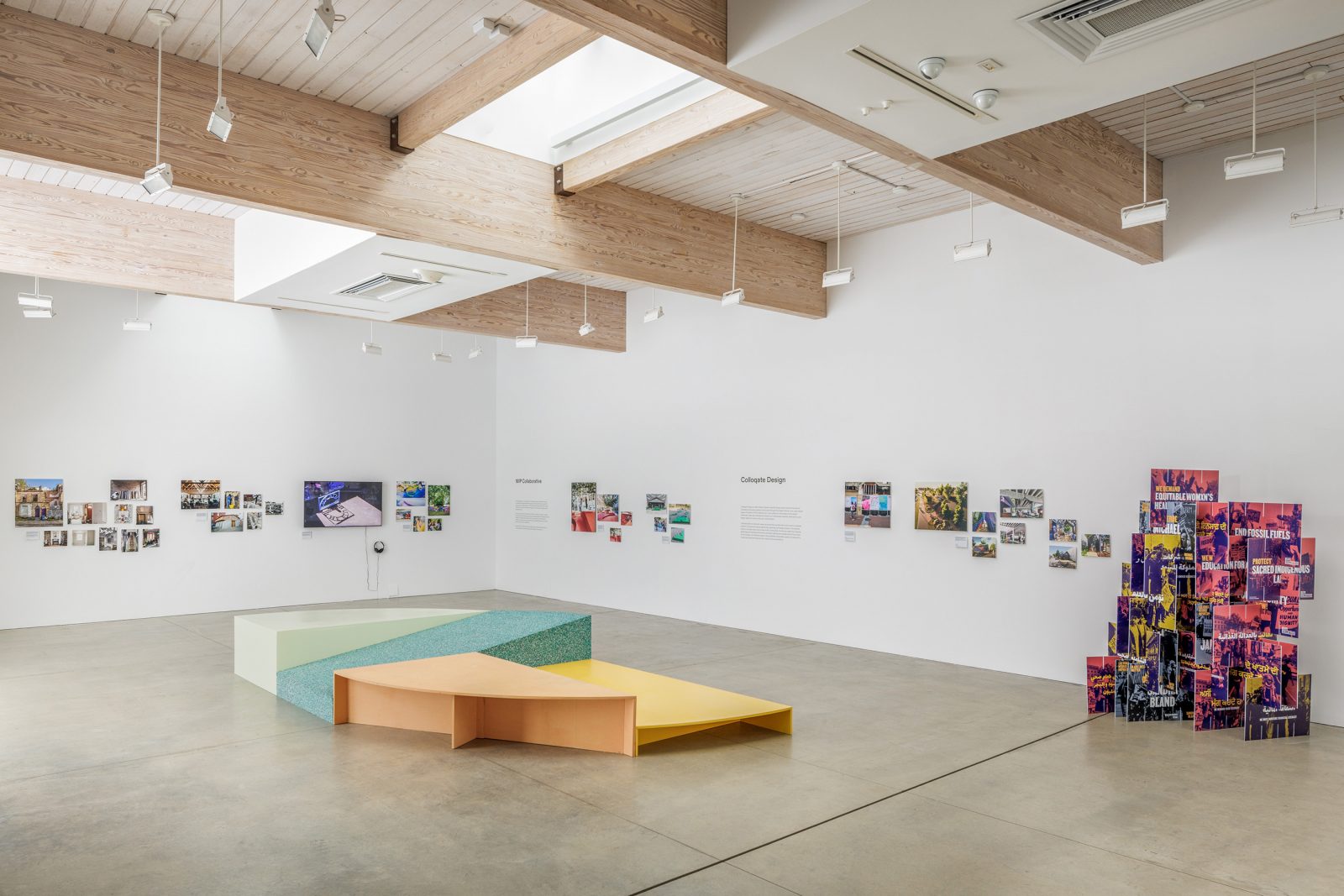 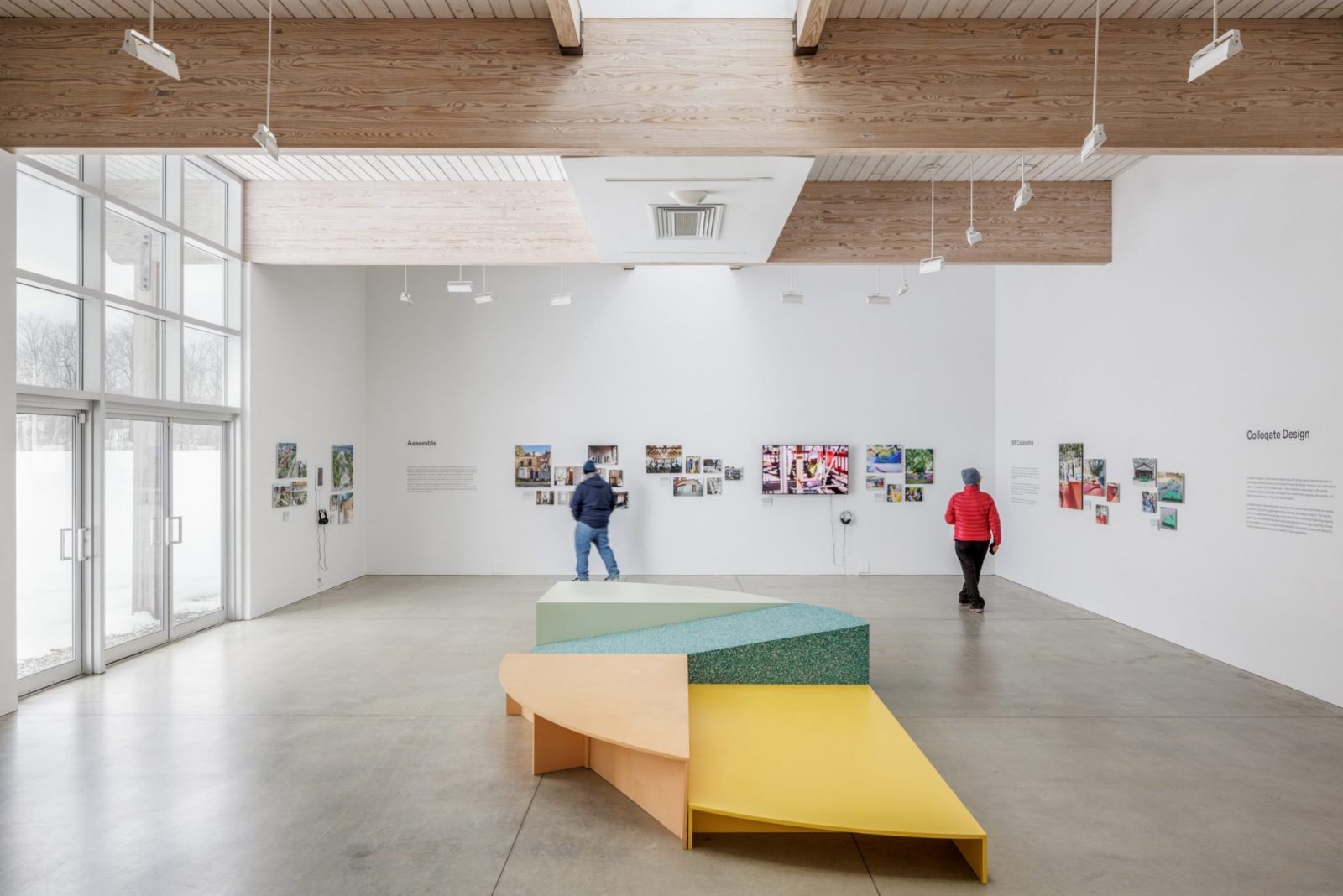 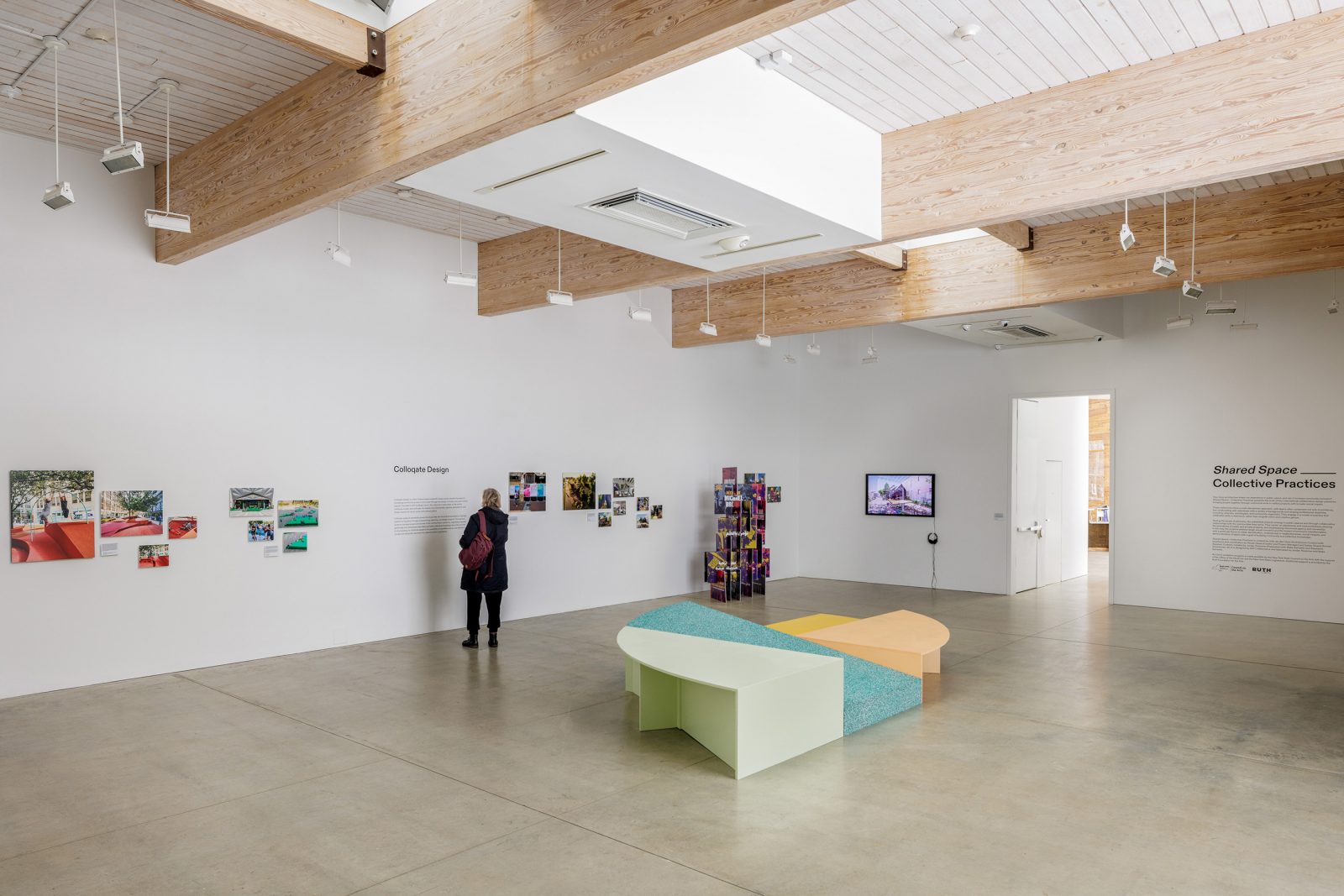 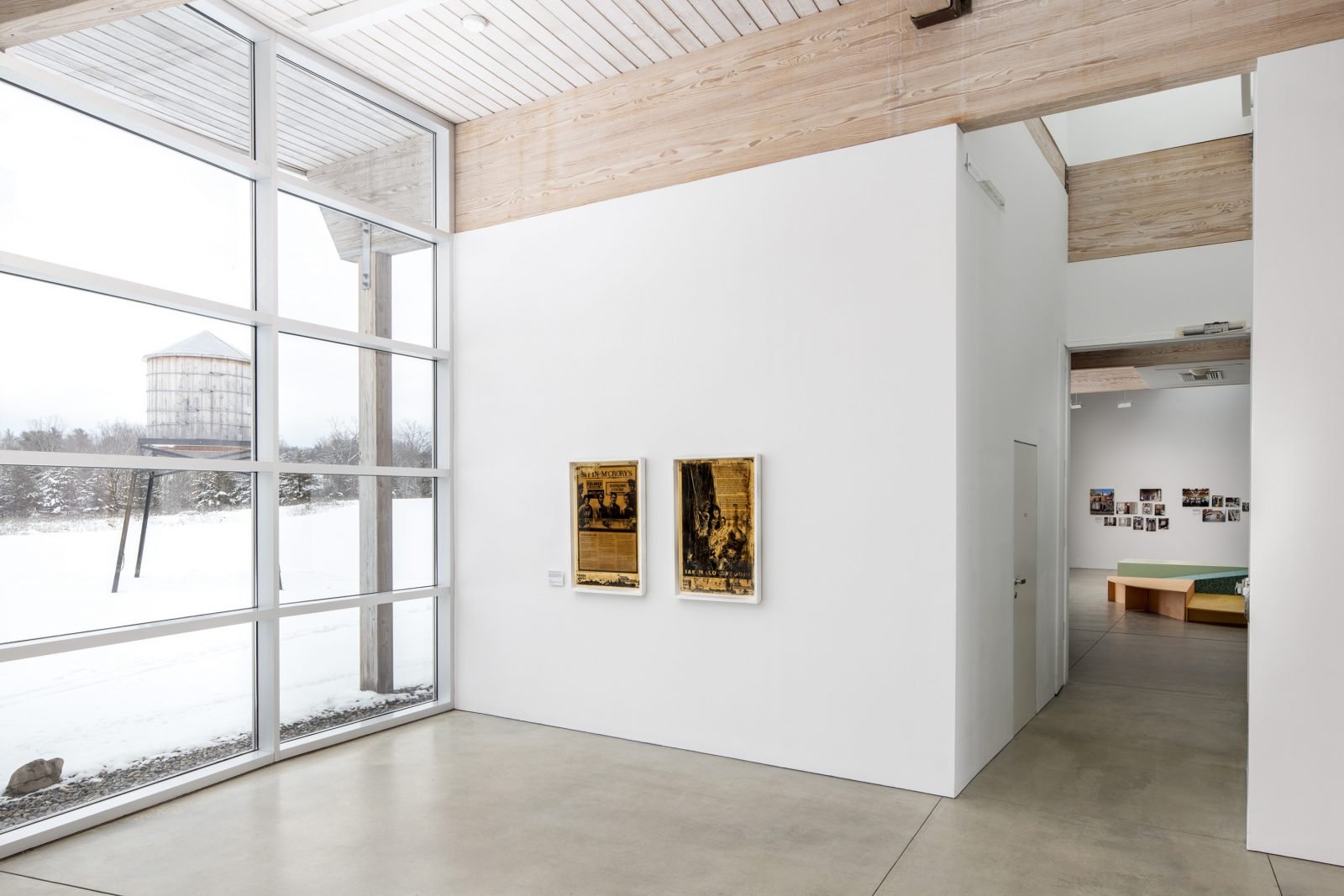 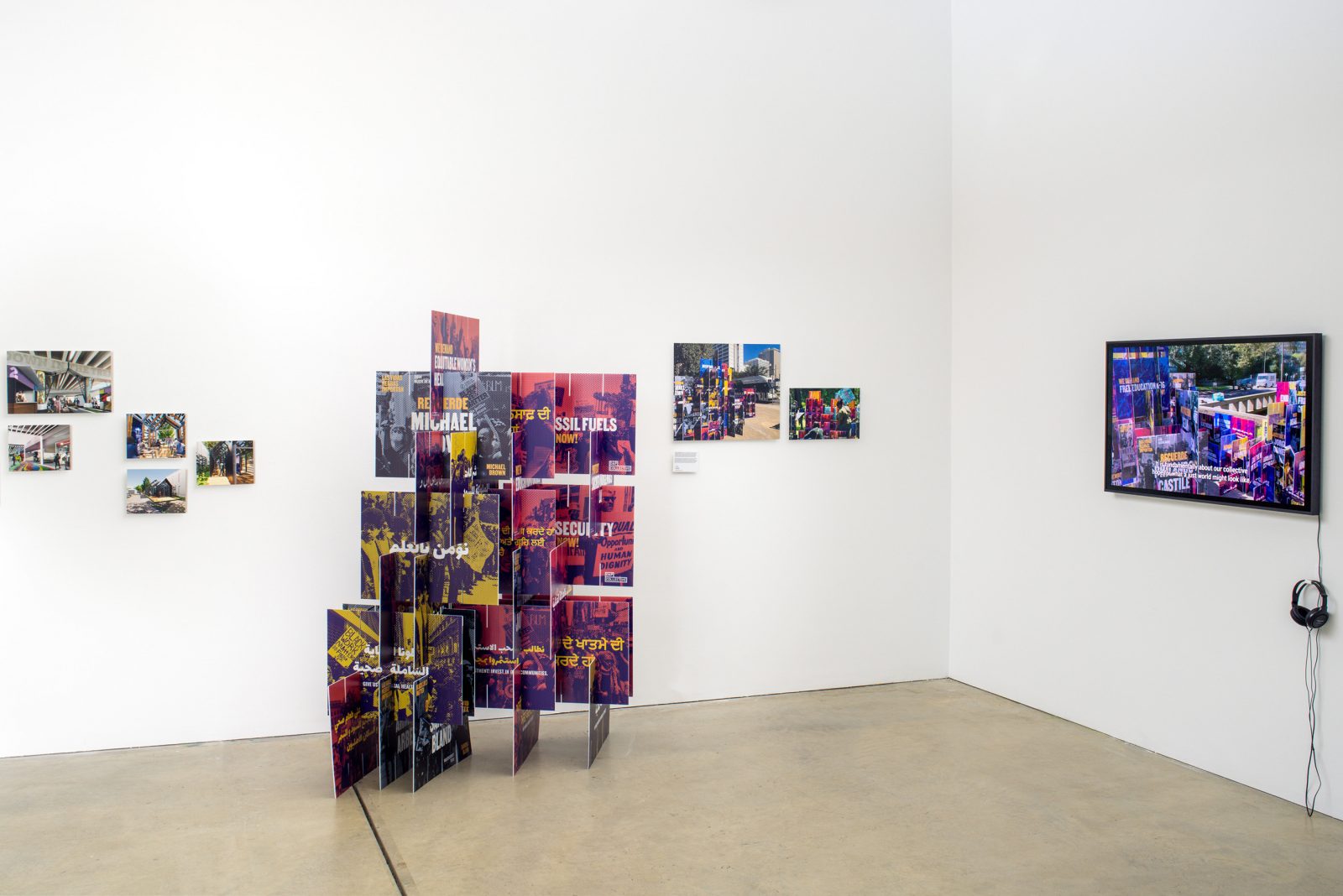 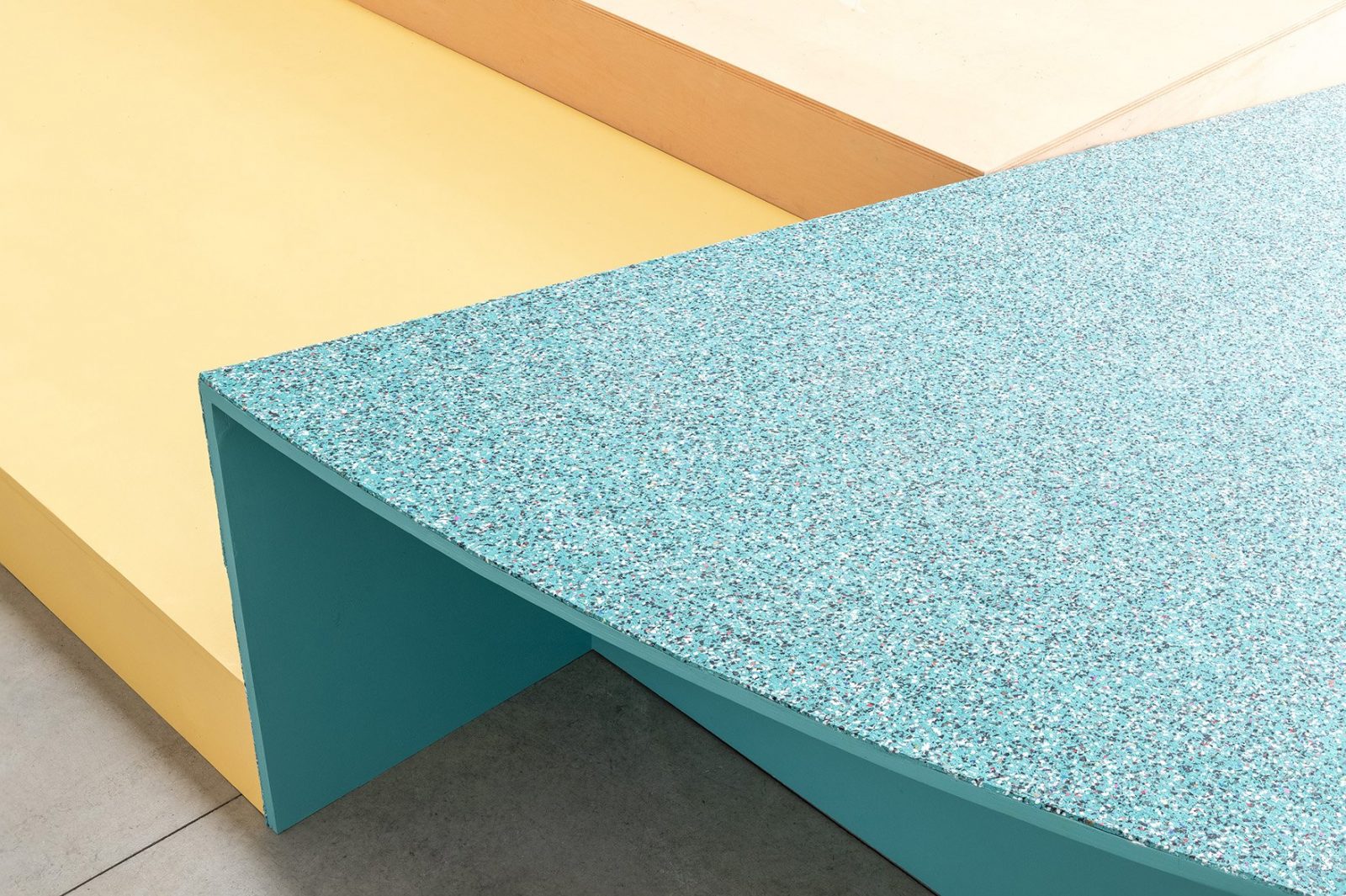 Shared Space—Collective Practices presents the work of four international collaborative design practices—WIP, FUNdaMENTAL Design Build Initiative, Colloqate Design, and Assemble—bringing people together through communal work to realize projects with broader social impact. These collectives share a multi-disciplinary approach, with teams often composed not only of architects, but collaborating with individuals with a variety of backgrounds and ranging professional expertise, including urbanists, sociologists, and community organizers.

Testing the power of advocacy, the presented projects emerge in public spaces and through collaborative relationships with the communities they serve. They center on playfulness and resourcefulness, blurring the boundaries of public and private property, and emphasizing communal agency and ownership. In this way, the projects address larger social concerns and the impact of economic transformation, with a particular focus on urban densification, underserved or neglected areas, social inequity, and democratization of space with the goal of building community and collective knowledge.

Further programming will include a public lecture by Assemble on January 31 at 7pm at The Cooper Union in New York City. The event is co-presented by The Architectural League of New York and The Irwin S. Chanin School of Architecture of The Cooper Union. Learn more about the lecture here.

WIP Collaborative is a shared practice of independent design professionals focused on research and design projects that engage communities and the public realm. WIP was founded on feminist principles in February 2020, and supports those who eschew patriarchal conventions and define new narratives of architectural and design practice through their work. Distinct from a traditional firm built around a singular identity and authorship, the collective is centered around a way of working as an adaptable framework to meet the needs of its projects and collaborators. WIP was founded by Abby Coover, Bryony Roberts, Elsa Ponce, Lindsay Harkema, Ryan Brooke Thomas, Sera Ghadaki, and Sonya Gimon.

FUNdaMENTAL Design Build Initiative was founded in 2016 by Gregory Melitonov and Inés Guzmán as an educational nonprofit that brings international young designers to Latin America for an annual summer project, seeking out opportunities to create social infrastructure in complex urban environments. Each intervention, focusing on neglected public spaces, is intended to generate awareness of the conditions of the chosen site and acts as the initial step in bringing local community members, municipal authorities, and donor companies together to produce civic renewal.

Colloqate Design is a New Orleans-based nonprofit design justice practice focused on increasing community access to and power through the design of social, civic, and cultural spaces. Founded in 2017 by Bryan Lee Jr., Colloqate seeks to dismantle power structures that use the built environment to maintain systems of injustice through programming, planning, and design projects. The practice works to increase power and access in the communities it serves by organizing ongoing gatherings and workshops that share and build collective knowledge about the process of city-building.

Assemble is a London-based collective, working across the fields of architecture, art, and design. Founded in 2010 to undertake a single initial project, Assemble has since delivered a diverse body of work, all while retaining a democratic and co-operative working method that enables built, social, and research-based work at a variety of scales—both making things and making things happen. Ranging from 14 to 20 full-time members of varying backgrounds and architectural training, the collective works with and for communities, alongside numerous partners and volunteers, to create open, flexible, and participatory spaces. Through this community engagement-based practice, their projects are interdependent and collaborative, seeking to actively involve the public as both participant and collaborator in the ongoing realization of the work, which aims to directly support each project’s surrounding community.