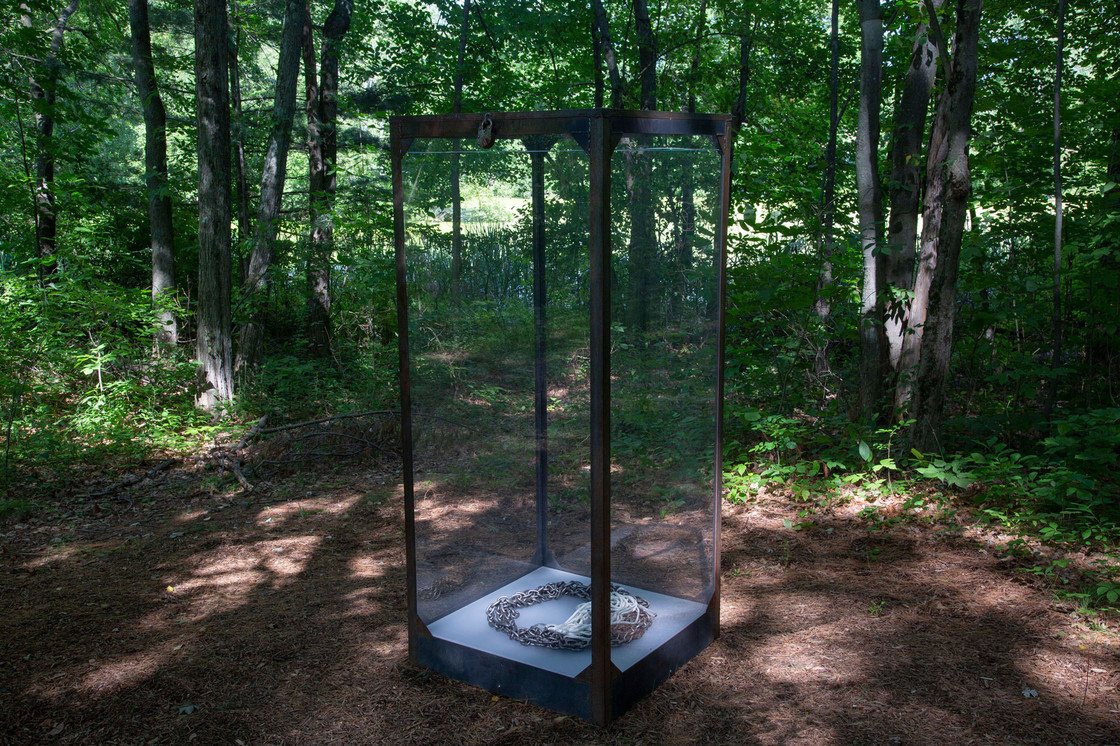 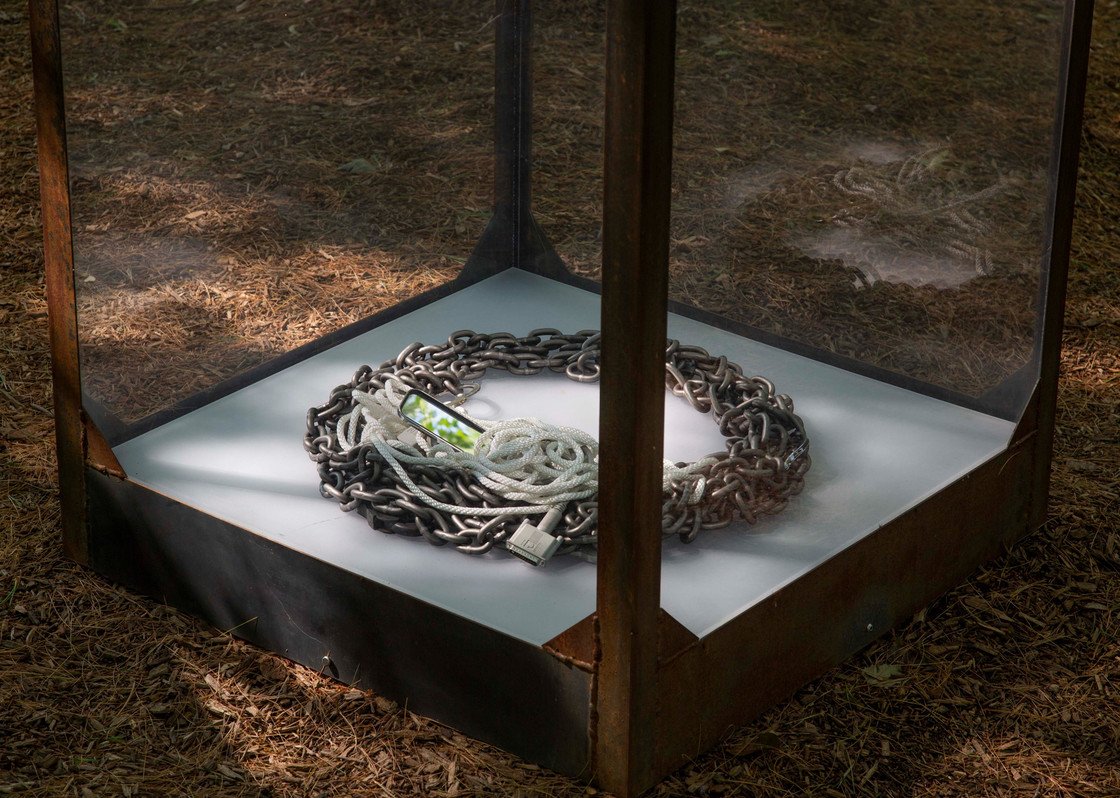 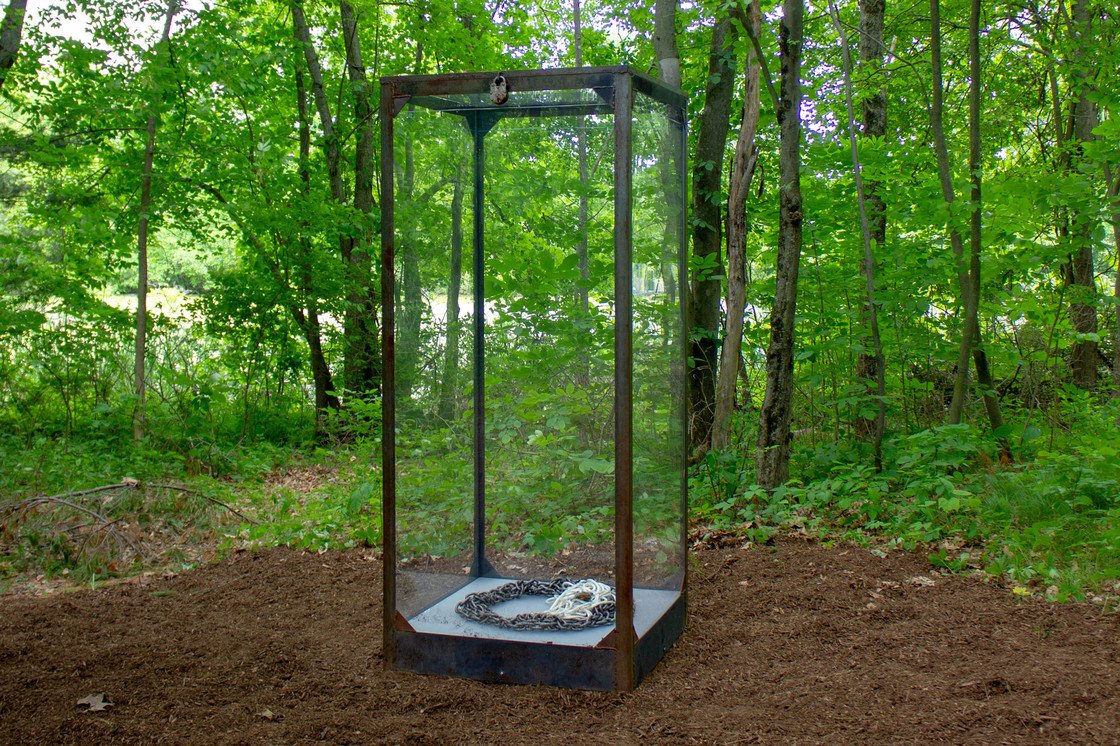 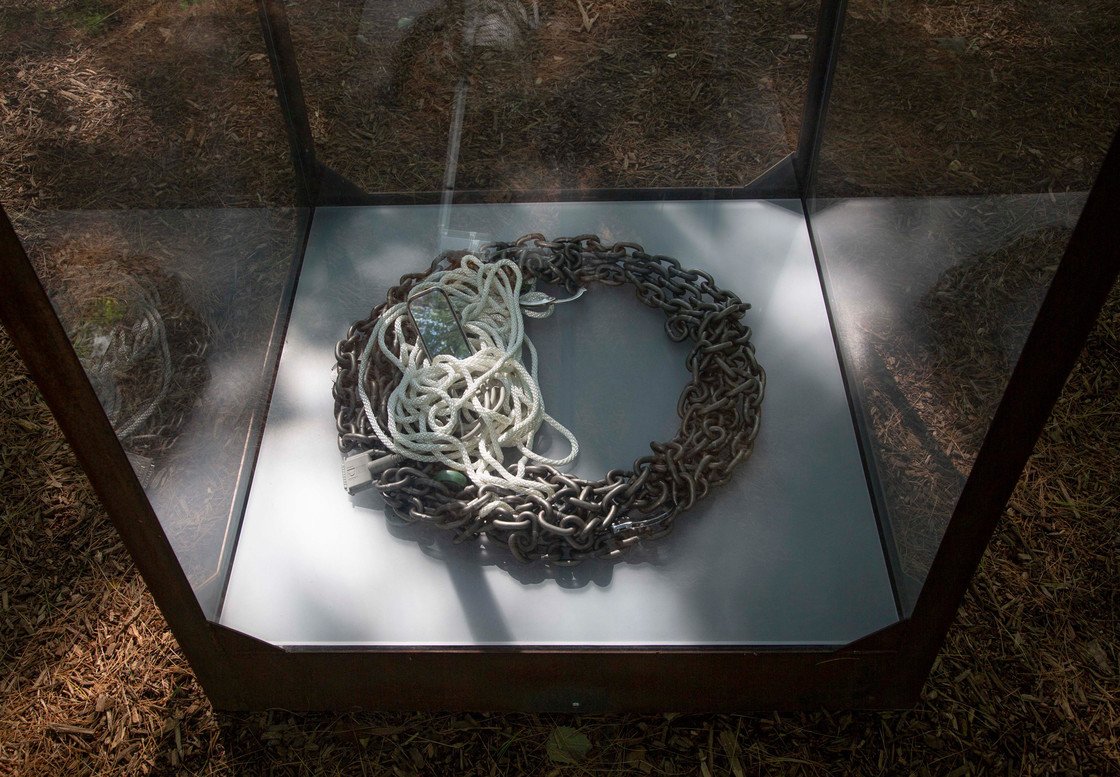 Created for the Public Art Fund in 2008, this work was sited at Metrotech Center in Brooklyn, a public plaza ensconced in the judicial center of Brooklyn. While title After Harry explicitly references Harry Houdini—a figure that figured prominently in Greenberger Rafferty's practice at that time—this work also alludes to the grave impacts of the judicial system. The courts are a place where justice is handed out, and where there terms of bondage are determined: will the invisible actor in this piece escape or be held in chains?

Sara Greenberger Rafferty has exhibited widely since 2001, including solo exhibitions at The Kitchen, New York; MoMA PS1, New York; Eli Marsh Gallery at Amherst College, Massachusetts; The Suburban, Illinois; and a commissioned sculpture for the Public Art Fund. In 2014, she participated in the Whitney Biennial; the Hammer Biennial; and had solo exhibitions in Portland, Oregon, Riga, Latvia, and New York. In 2015, her work was included in exhibitions at the Museum of Contemporary Art, San Diego, the Atlanta Contemporary Art Center in Georgia, and Galerie Andreas Huber in Vienna. In 2016, she mounted her 4th solo exhibition at Rachel Uffner Gallery; and had a solo project at Document in Chicago. In 2017, she opened a traveling museum show with accompanying fully illustrated catalogue, published by SUNY Press.