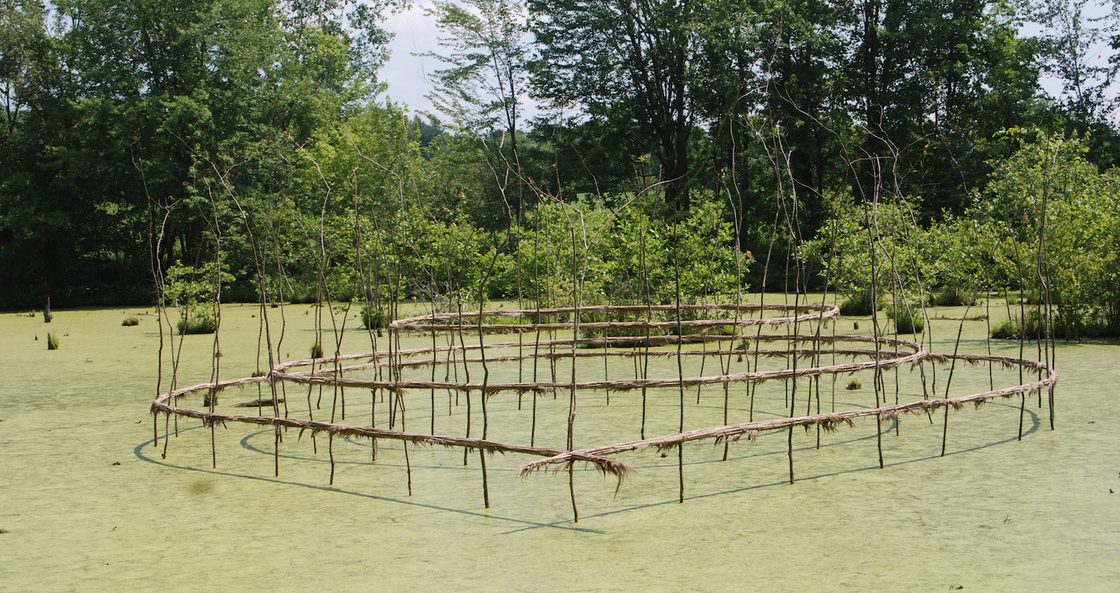 Roy Staab is a multi-disciplinary artist who uses materials that are sourced from the local environment. His works are site-specific, and are defined by the surrounding landscape and flora that is available for his use. His sculptures are closely in line with the art movement of Earthworks, which uses materials from the environment that are able to be recycled into works of art without harming, disturbing or otherwise damaging what naturally exists. He is known for creating works that seem to "float" over bodies of water, which creates an ephemeral experience when combined with the reflection, the sky, and the landscape around them. His focus on these sculptures deal with elements of line and space, which is evident in Omi Triangle and Green Galleon; the lines that are formed by combining natural branches and reeds create illusions of form and space, which creates a body of work that seems light yet solid.

Roy Staab was born in 1941 in Wisconsin, and studied painting and graphics at the University of Wisconsin-Milwaukee. He has exhibited in numerous group and solo shows throughout the world, in countries ranging from Finland, Canada, Brazil, Denmark, Japan and more. He has received numerous awards and grants such as a Pollock-Krasner Foundation Grant, New York Foundation for the Arts award among many others. He currently lives and works in Wisconsin.