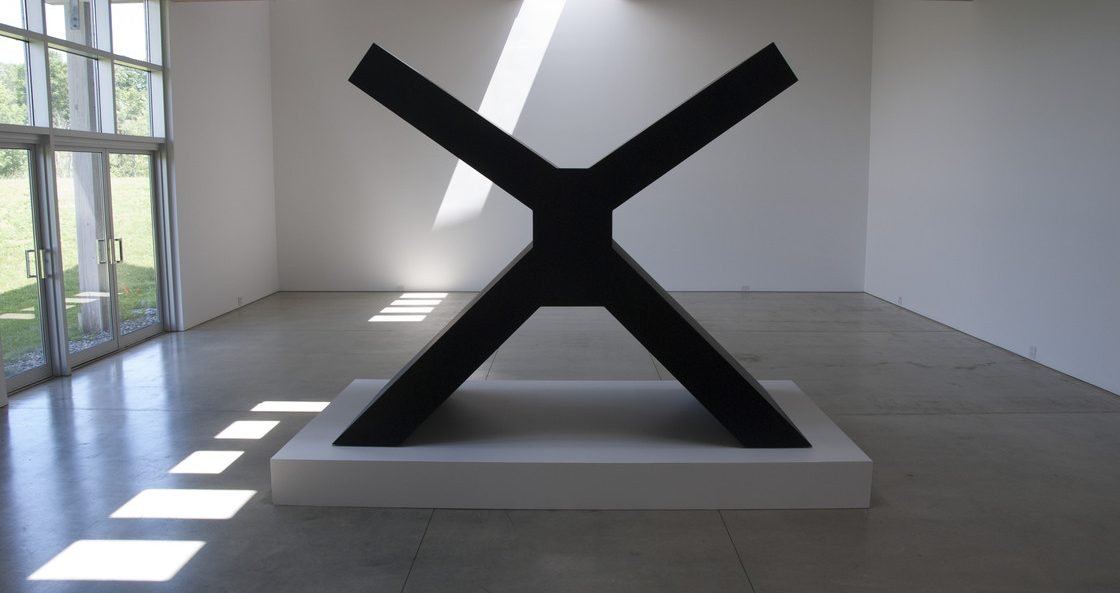 Ronald Bladen is an acknowledged pioneer of minimalism, most notably for his large abstract sculptures. He was born in 1918 and was influenced by many styles of the time, including European Constructivism and American Hard-Edge Painting, citing sculptors such as David Smith and Isamu Noguchi as inspiration. As a minimalist, Bladen rejected all signs of the "artists hand" and the "impulse of the moment" in his work, leaving the viewer with very clean, geometric grids and lines. His approach towards materials was functional, creating mathematically straight lines, giving his massive forms an element of lightness and weightlessness. His geometric forms intertwine but are not locked together; his works almost figurative with an experiential amount of silent energy. Bladen's work paved the way for many artists to follow, including Carl Andre, Richard Serra, and Donald Judd.

Bladen studied at the California School of Fine Arts before being enlisted into the army, only to be declared unfit for service. It was because of this rejection that he was obligated to work as a welder for the Navy, where these new skills supported and inspired him well into the future of his sculptural career. Afterwards, he moved to New York City and lived there, when during this time he created this piece, The X*.

He had taught as a guest lecturer at Columbia and Yale Universities, and was a teacher at Parsons The New School for Design and the School of Visual Arts. He was an artist in residency at the Skowhegan School of Painting and Sculpture, and received numerous awards. He has exhibited widely throughout the world since the 1950s, and his work continues to circle the globe. Some notable institutions and galleries at which he has shown have been the Whitney Museum of American Art (New York, NY), Philadelphia Museum of Art, Akademie der Künste in Berlin, Vancouver Art Museum (Vancouver, BC), and the Aldrich Museum of Contemporary Art. He is cited in a multitude of publications for his exemplary work in the Minimalism movement, and is the inspiration for hundreds of artists who have cited him as being at the forefront of an important shift in the way art is made and seen.*