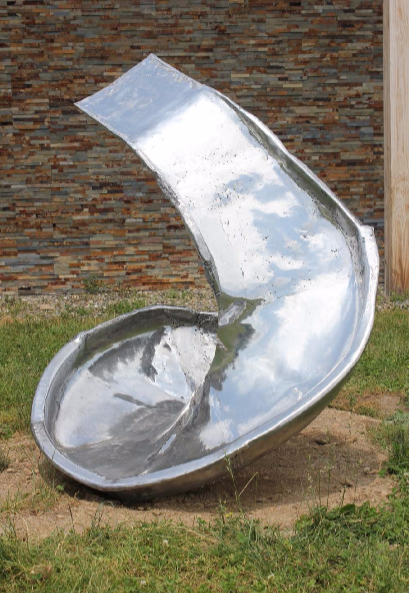 Brooklyn-based artist Rob Fischer salvages material from abandoned buildings and junkyards and reconfigures them into large-scale sculptural environments that weave past histories into the present. From a body of work revolving around playground spiral slides, this piece is cast from a plastic slide which the artist bought on Craigslist.