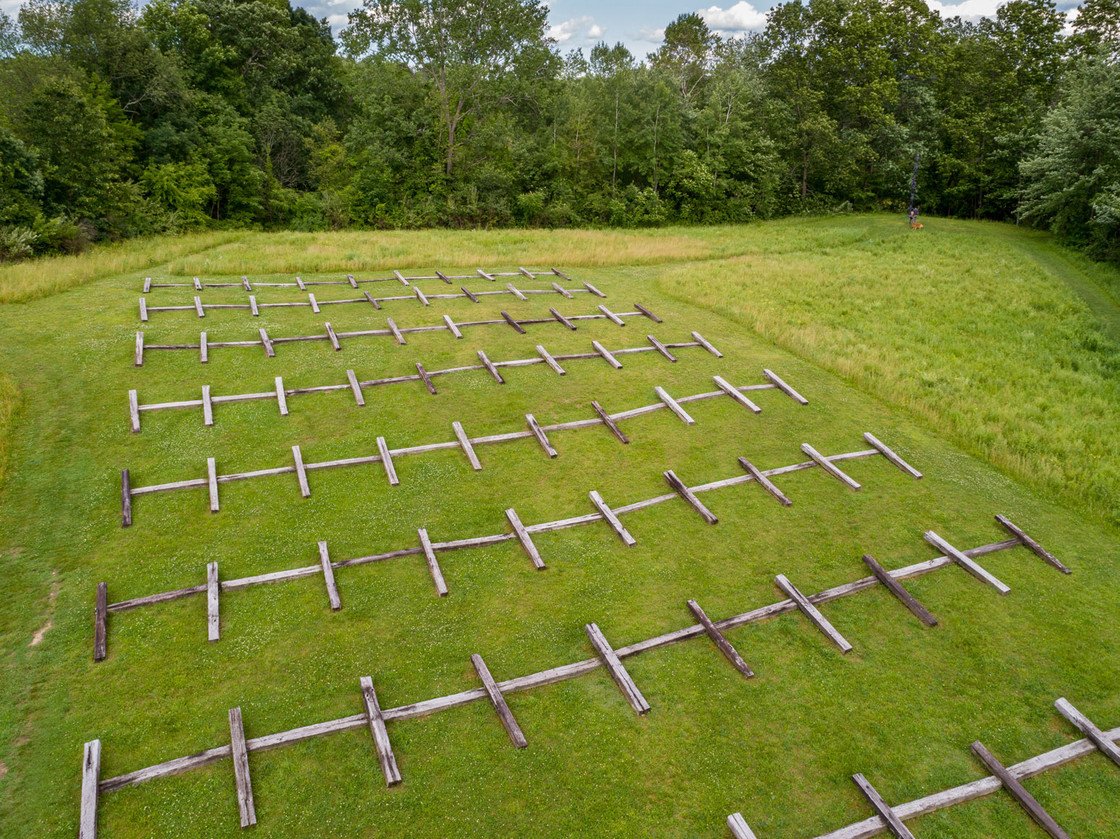 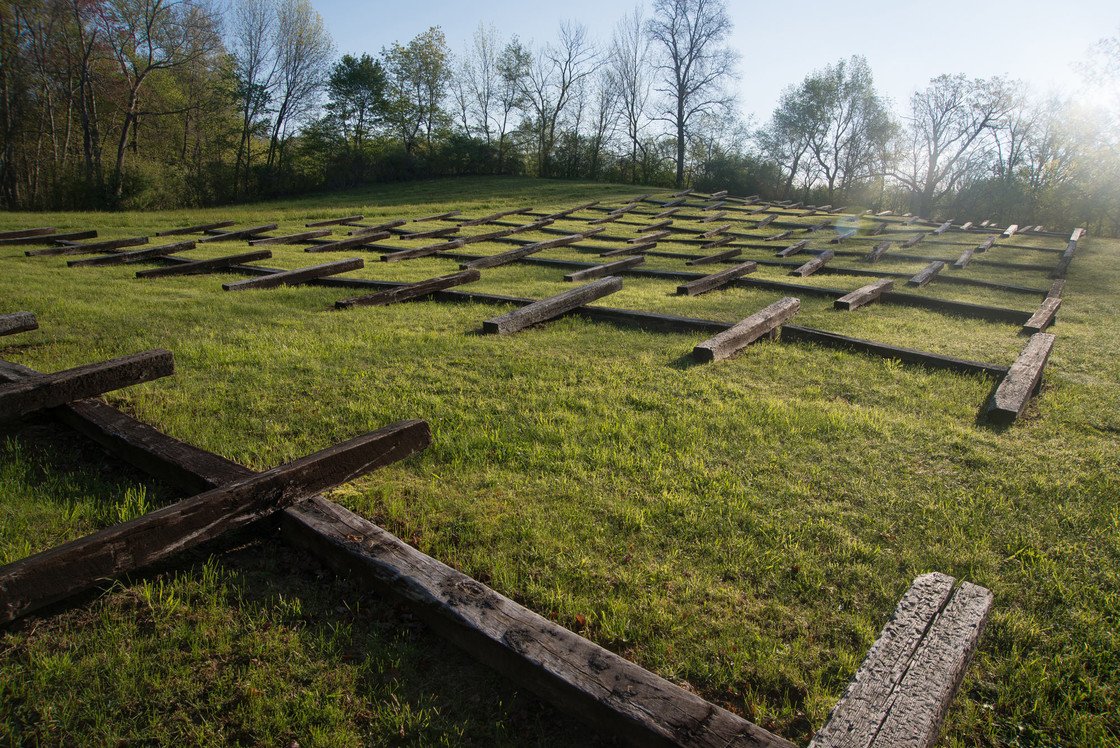 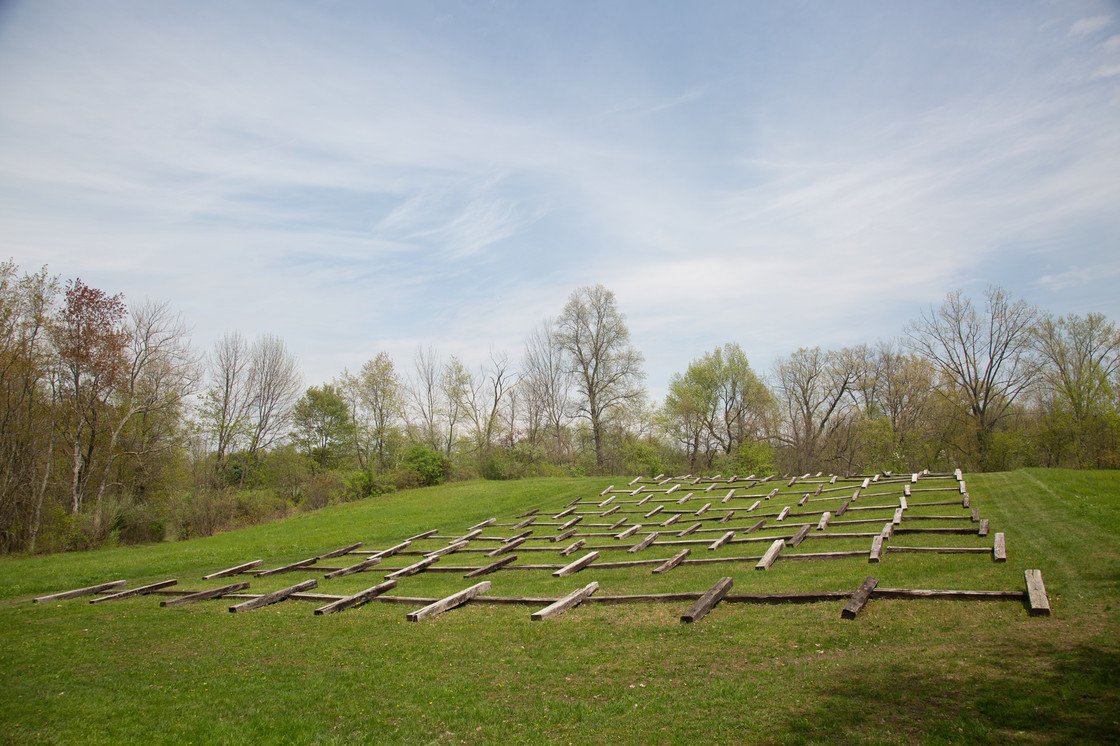 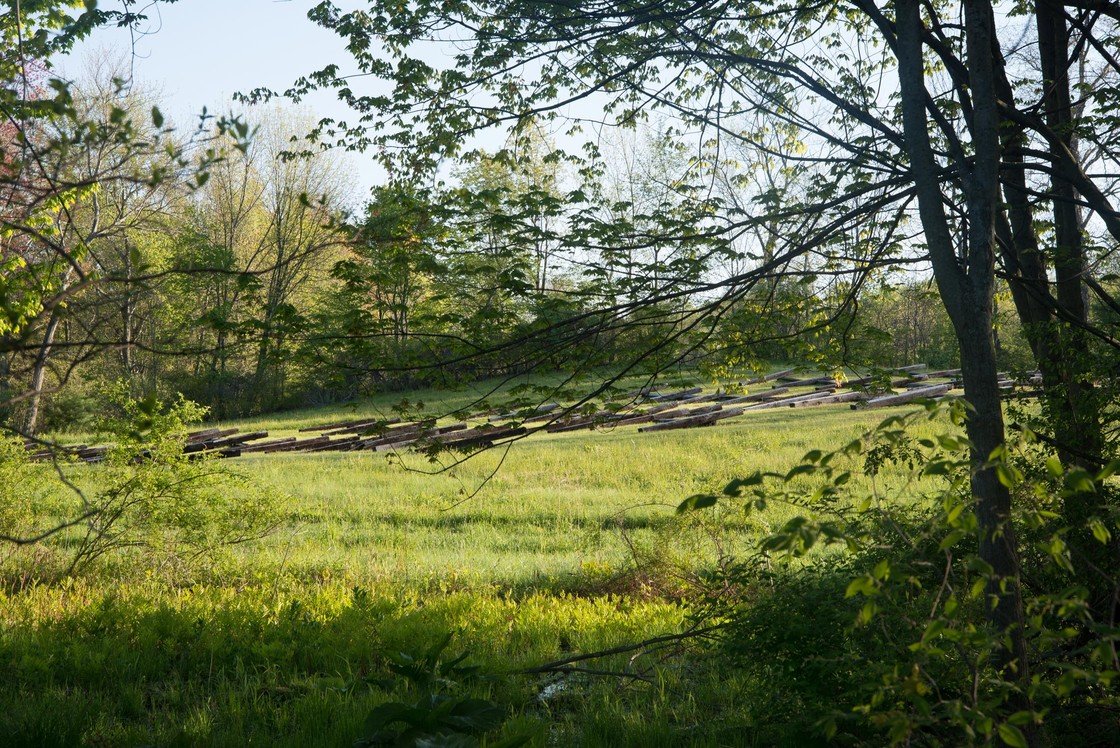 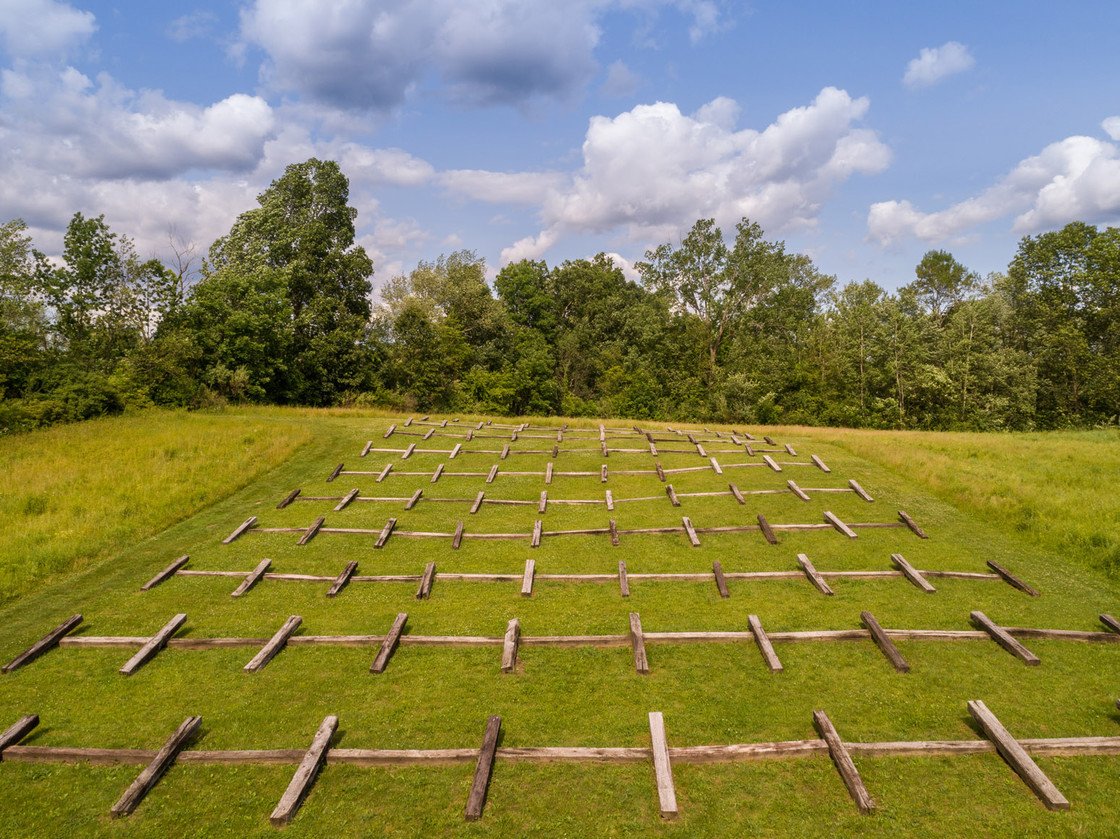 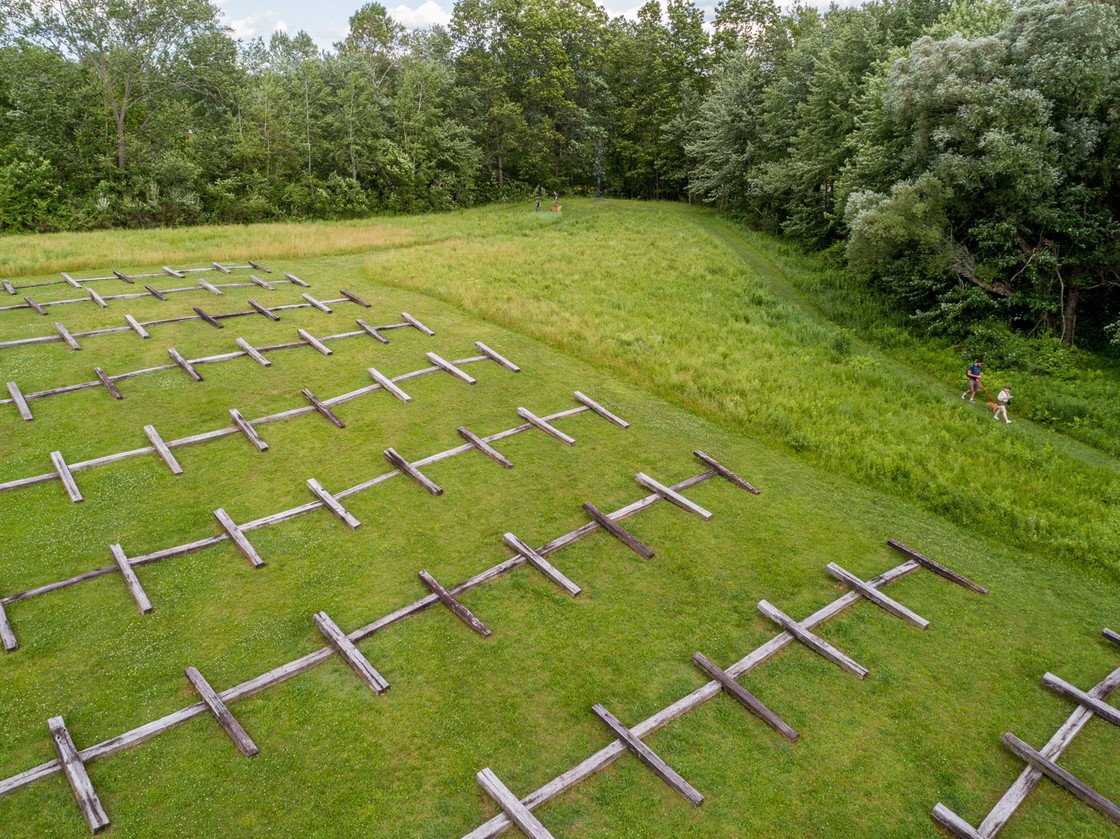 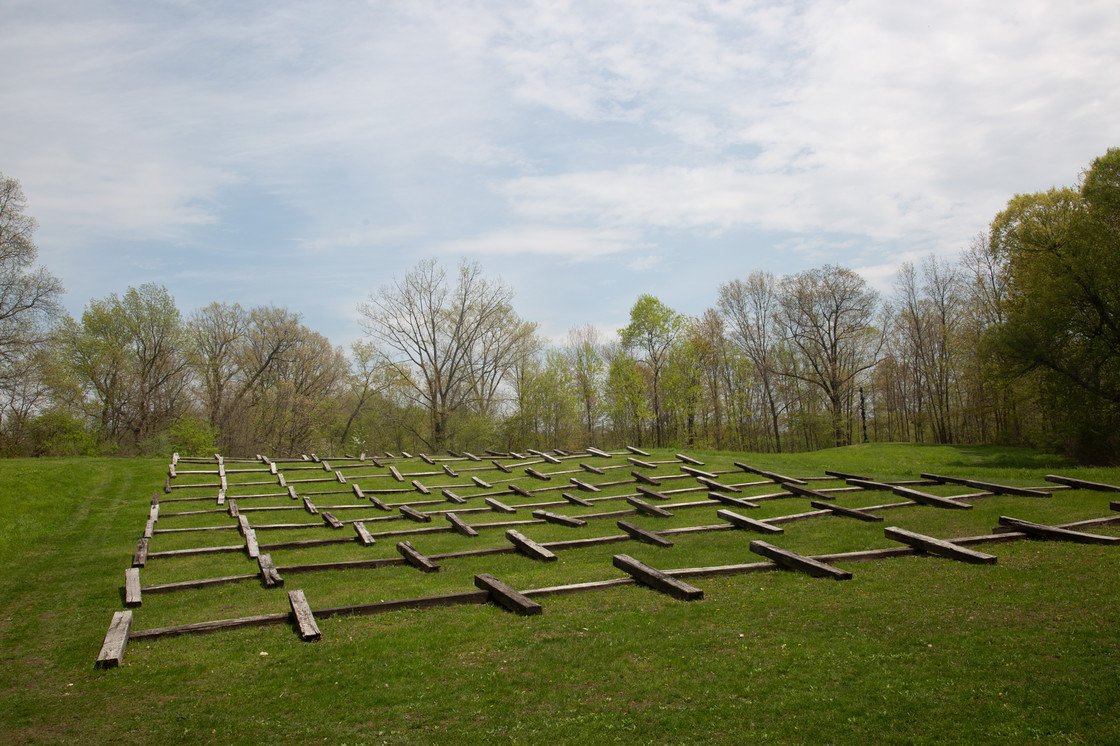 Richard Nonas uses his experience as an ethnologist in his creative process as he searches to understand the complexity of the world that surrounds him. Nonas had worked with many notable artists and curators in the 1970s to exhibit and experiment in alternative, non-traditional spaces. His practice developed to include the environment and landscape as part of his design and concept, where he would come to see sculpture and space as a philosophical and emotional experience. Nonas' use of space allows him to incorpororate his minimalist vocabulary to create new ideas and forms. His most common materials are wood, metal or stone, and he arranges these elements in geometric forms in a given space. He creates tension between environment and form and aims to interrupt the expected, using a unique language of abstraction which demands the viewer to see the piece differently with each experience.

Richard Nonas was born in New York City in 1936. He was trained as an anthropologist at the University of Michigan, Lafayette College and Columbia University, NY and University of North Carolina. He truly developed his artistic approach in the 1970s and was a member of the group of "Anarchitecture" with Gordon Matta Clarck and Richard Serra. Nonas spent ten years among the Canadian Inuit and tribes in the desert of Mexico.

Nonas has exhibited his sculpture nationally and internationally and has shown at the Musee d'art Modern et Contemporain in Geneva, Switzerland, and completed permanent installations of his sculpture in Austria, France and Sweden. His most recent exhibitions include 48th OCTOBER SALON: Micro-narratives , at the Belgrade Cultural Centre curated by Lorand Hegyi and a retrospective at Mass MoCA.