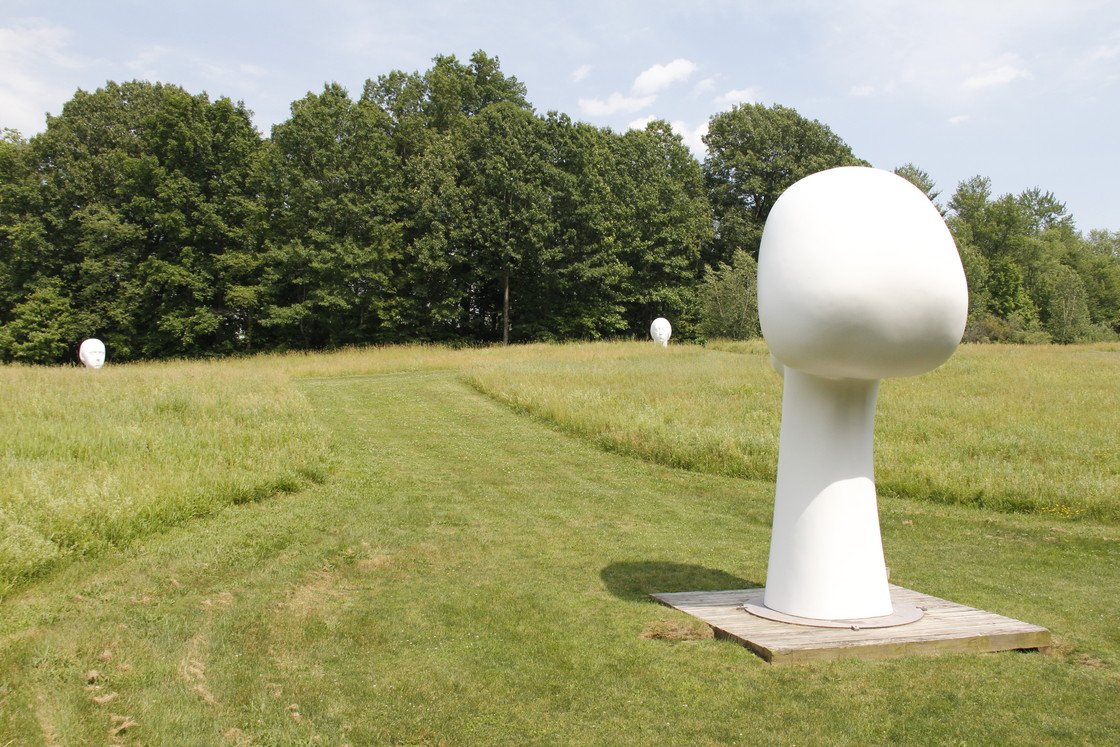 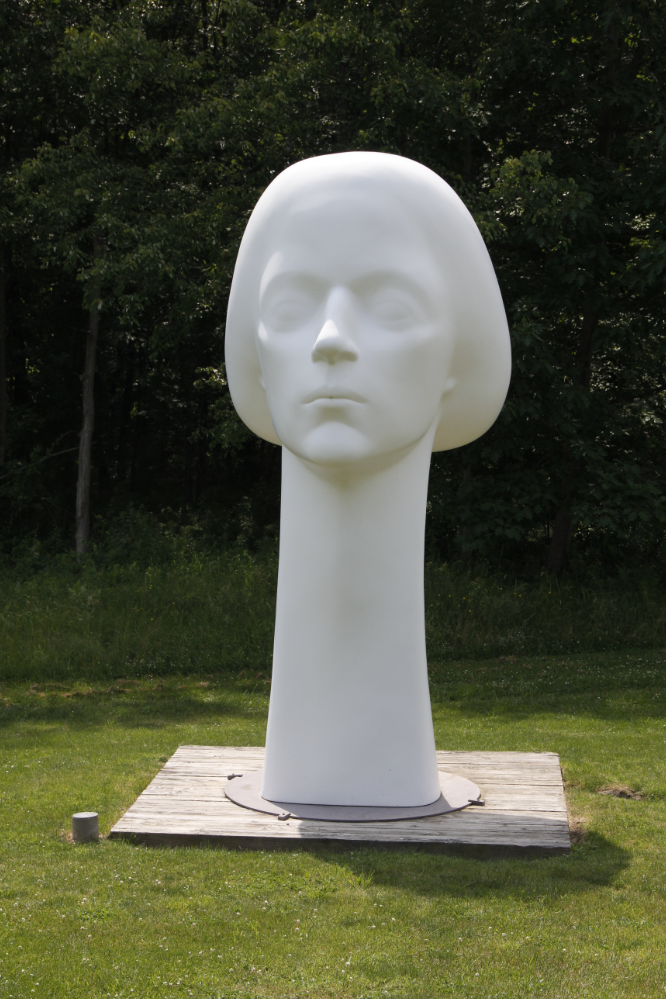 Philip Grausman is an American artist who creates fiberglass portraits of monumental size. These sculptures vary in height, and average to about 10 feet tall. These works are primarily outdoor works, although Grausman is renowned for his smaller scale sculptures as well. His material is artificial, yet speaks to classical ways of creating busts out of marble. These three women seem to look at one another in silent contemplation among the landscape.

Grausman has received numerous awards, including the Rome Prize in Sculpture, a Ford Foundation Purchase Award, and grants from the National Institute of Arts and Letters and The Louis Comfort Tiffany Foundation among others. His many solo and group exhibitions of sculpture and drawings have been displayed throughout the U.S.

In 1959, Grausman studied with Jose de Creeft at the Art Students League in New York City and earned a MFA from the Cranbrook Academy of Art in Michigan. His work is included in the collections of the Metropolitan Museum of Art, New York City; the Brooklyn Museum, Brooklyn, New York; and the Wadsworth Atheneum, Hartford, Connecticut. Grausman has participated in over eighty solo and group exhibitions at prestigious venues throughout the world, a selection of which includes the National Academy of Design, New York City; Whitney Museum of American Art, New York City; New Arts Gallery, Litchfield, Connecticut; Hollycroft Foundation, The Sculpture Mile, Madison, Connecticut; Pier Walk 2000, Navy Pier, Chicago; DeCordova Museum and Sculpture Park, Lincoln, Massachusetts; Wadsworth Atheneum, Hartford, Connecticut; and the American Academy in Rome, Italy. He has also contributed to the Art in Embassies Program through the U.S. State Department in Washington, D.C. His work is included in various private, museum, and university collections, such as the Baltimore Museum of Art, Maryland; Louis B. Mayer Foundation, Los Angeles; Columbus Museum of Art, Ohio; and the Museum of Contemporary Art, Udine, Italy.