Exhibitions/Patricia Cronin: Memorial to a Marriage 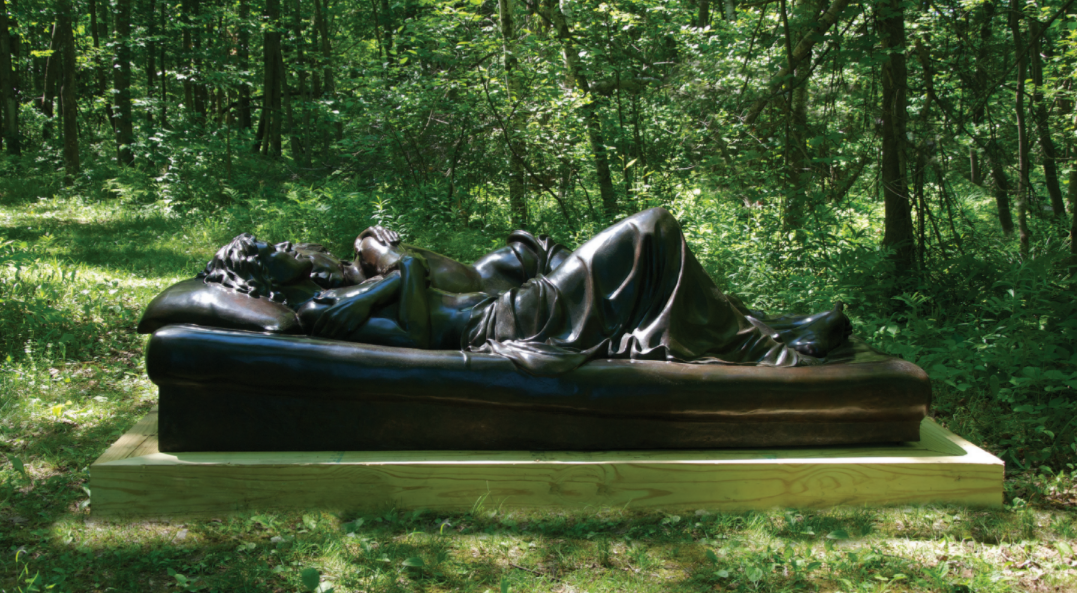 Originally presented by Deitch Projects, Memorial To A Marriage was unveiled on November 3, 2002 at Woodlawn Cemetary in the Bronx. A three year project funded by Grand Arts, Kansas City, Missouri, it is carved in Carrara marble and designed in the manner of a 19th-Century mortuary sculpture. This over life-size figurative monument depicts the artist and her partner, the artist Deborah Kass, in a loving embrace. Combining elements from 19th century American Ideal Sculpture and Italian 17th- and 18th-Century sculpture with new 21st-Century technologies in stone carving, Cronin updated historically traditional forms with contemporary sexual content. Celebrating in death, her "marriage" which, at the time, could not be made legal in life, Cronin subverts this sentimental form and breathes new life into it. Memorial To A Marriage is seen at Omi in bronze.

She is the author of Harriet Hosmer, Lost and Found: A Catalogue Raisonne, published by Charta (Milan) 2009. Cronin is the recipient of numerous awards and grants including the Rome Prize from the American Academy in Rome, the Louis Comfort Tiffany Foundation Award, The New York Foundation for the Arts Artist Grant, the Grand Arts Artist Grant, the Deutsche Bank Fellowship, the Pollock-Krasner Foundation Grant, and the Civitella Ranieri Foundation Fellowship. Her first solo museum exhibition, Patricia Cronin: Harriet Hosmer, Lost and found, was held at the Brooklyn Museum from June 5, 2009 through January 24, 2010. She is Professor of Art at Brooklyn College of The City University of New York. She lives and works in New York.