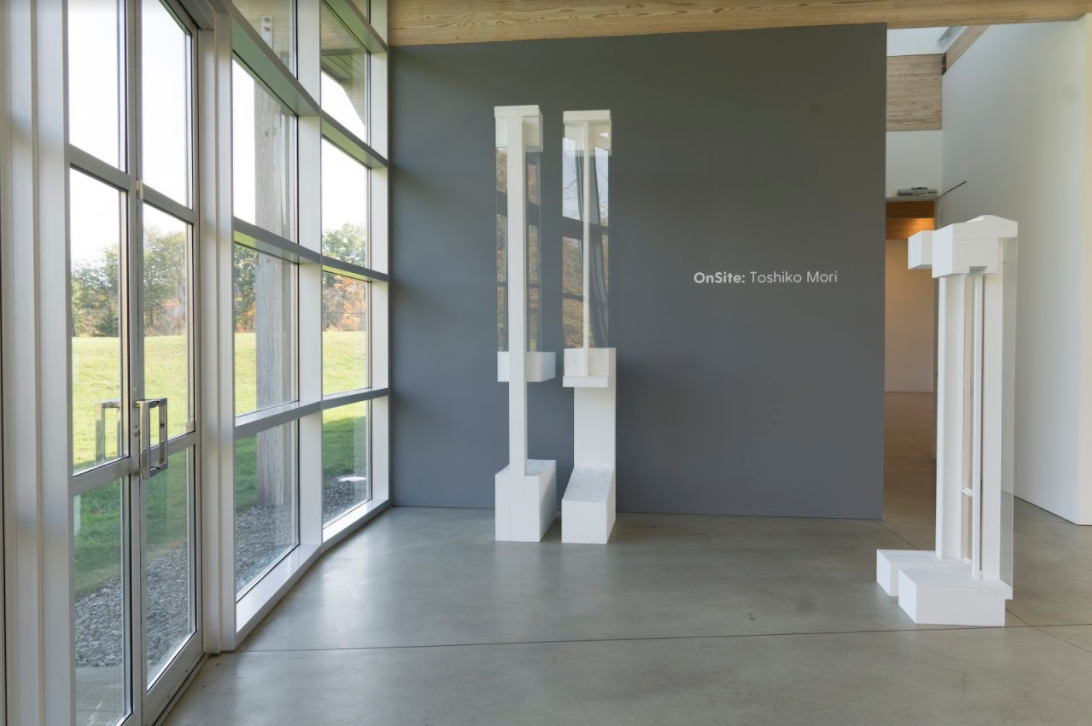 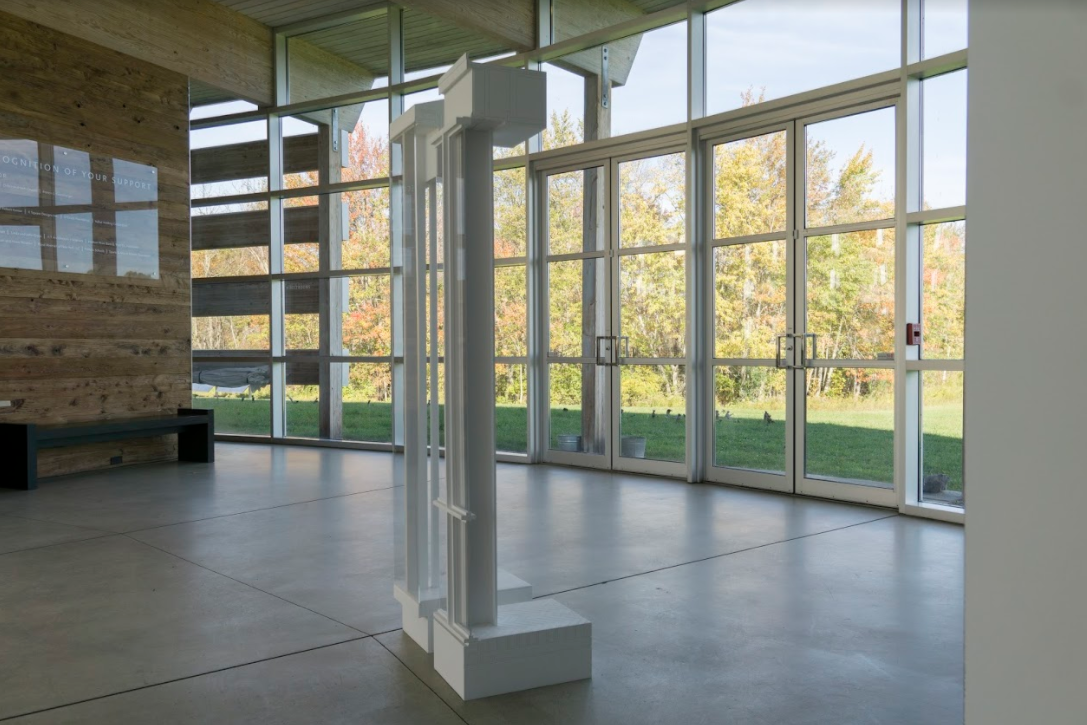 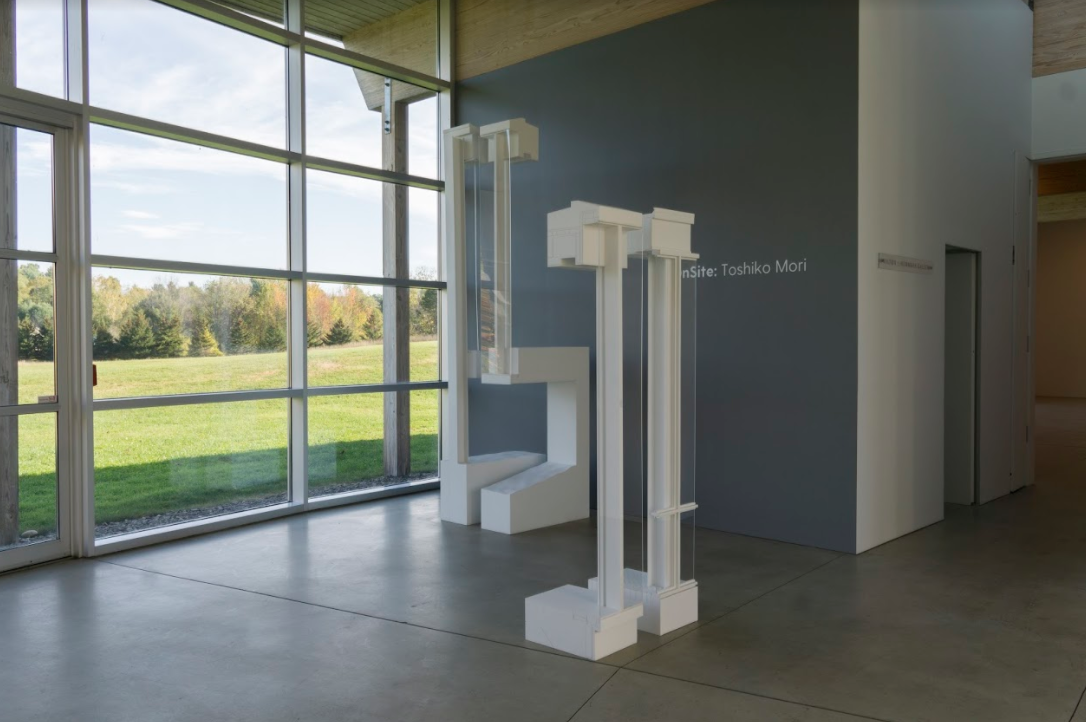 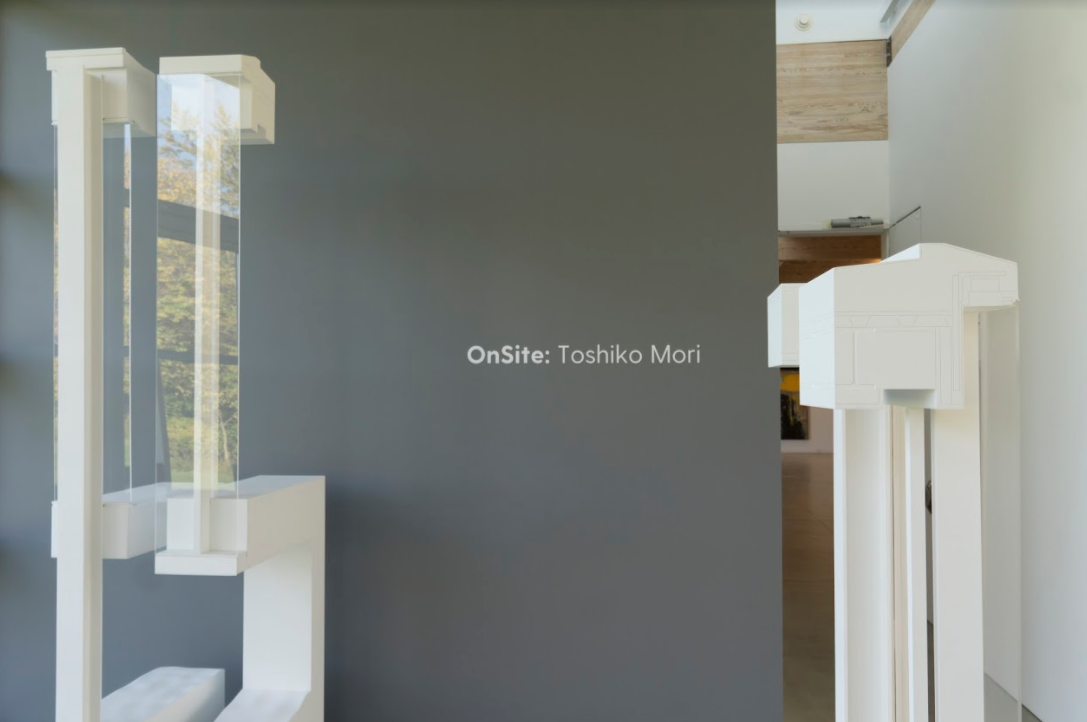 The portfolio of design tools architects use to develop and build ideas includes floor plans, elevations, and sections. The last of these, the cut-away section like slicing an apple in half, is the least understood. However, the section is a key representation of the intersection of both scale and material details. A section reveals the relationship between heights -- the height of a ceiling, the height of a window -- and building boundaries, the edge between inside and outside.

In casting these half-scale vertical slices of actual buildings, Toshiko Mori removes the aspect of materiality. Everything is rendered white, leaving pure scale and detail as the remaining experiment. The series, titled Totems and exhibited at the Venice Biennale in 2012, references both iconic works from the architectural canon and her own work of comparable scale located here in Ghent, NY.

The four Totems exhibited at Art Omi, presents pairings of the Greenberg Lee House (2012) with the Farnsworth House (1951) by Mies van der Rohe, and the Greenberg Lee Pavilion (2012) with the Glass House (1949) by Philip Johnson. Mori is testing what these juxtapositions reveal: buildings similar in size, yet radically different in detail, yield continuing dialogues.

Toshiko Mori is the Robert P. Hubbard Professor in the Practice of Architecture at Harvard University's Graduate School of Design. Mori is a Principal of Toshiko Mori Architect and founder of VisionArc, a think-tank promoting global dialog for a sustainable future. She served as the President of World Economic Forum Global Agenda Council on Design. Mori has been an Independent Director at Dassault Systèmes SE since May 26, 2011. She serves as a Member of Toshiko Mori Architect PLLC. She serves as ­ Member of the American Institute of Architects College of Fellows. ­She serves as Member of the Board of Architecture for Humanity and Member of the Supervisory Board of A + U Magazine and of Sarasota Architectural Foundation. She served as the chair of the Department of Architecture at Harvard University's Graduate School of Design from 2002 to 2008. Mori's firm's recent work includes performance spaces for the Brooklyn Children's Museum and for ART/New York, as well as the School of Environmental Science for Brown University, a Master Plan for NYU and a lab facility for Novartis' Cambridge Campus. Mori is a member of the World Economic Forum's Global Agenda Council on Design.