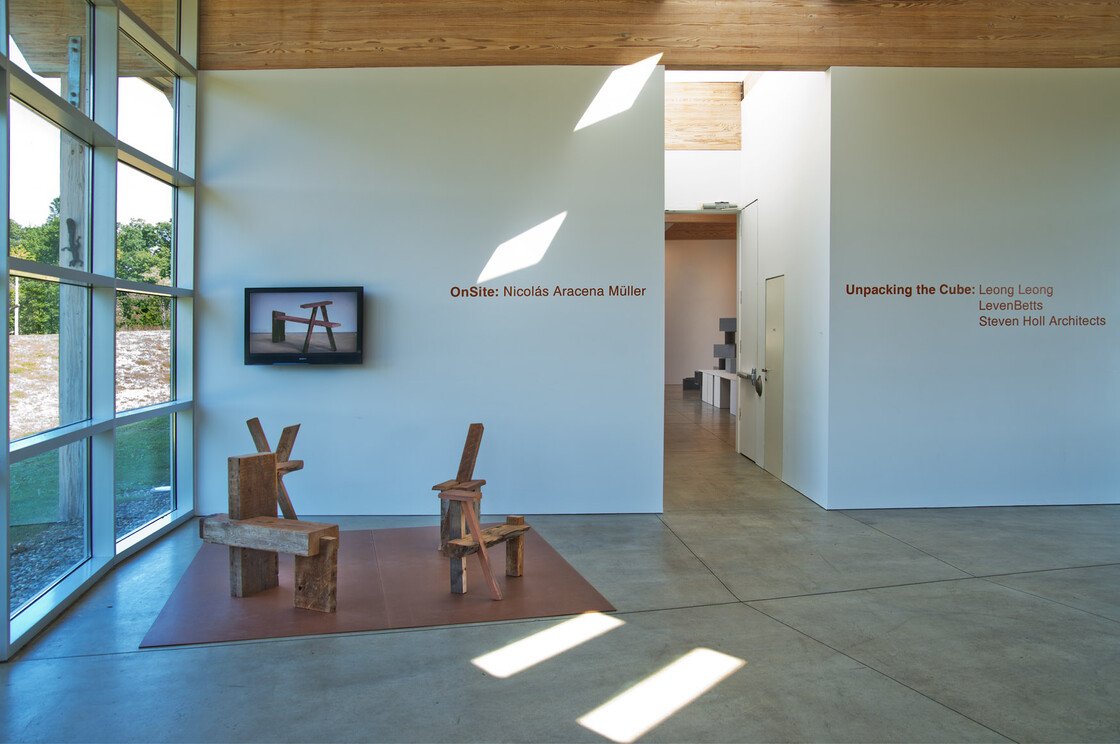 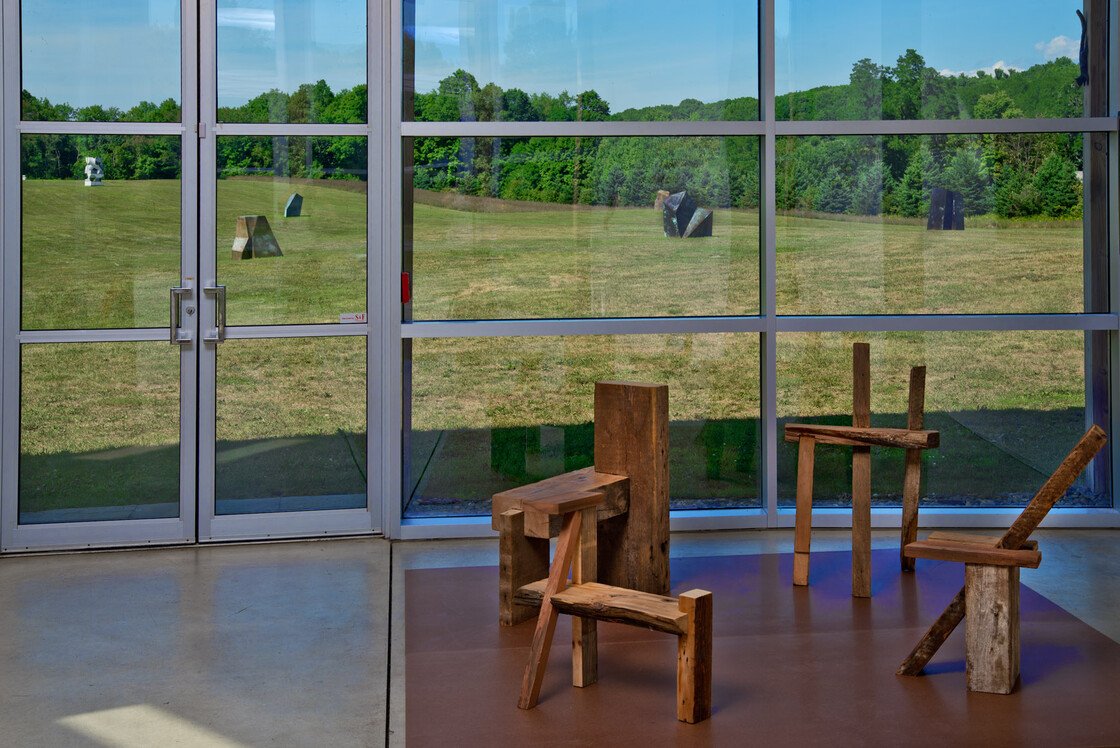 Art Omi: Architecture is pleased to present selected pieces from Atalaya, a series of improvised furniture works by Chilean architect Nicolás Aracena Müller. Constructed from cast-off materials reclaimed from the streets and dumpsters of New York City, the works retain the raw history of the discarded wood, pieced into functional and sculptural designs by Aracena Müller, without formal plans. The architect originally created the pieces during an on-site performance at Chamber Gallery in NYC, where he tested compositions of the rough-hewn beams and boards to devise cohesive, one-of-a-kind furniture pieces.

Nicolás Aracena Müller is an architect and a carpenter. He graduated from the Catholic University of Santiago in 2010 after studying at the Technical University of Berlin for 8 years. In 2008, he founded the design studio Losgogo, and is now the force behind ARMÜ: an architecture, design, and carpentry project, which has been involved in interior design and furniture commissions for young Chilean businesses. His work has been published and shown both locally and internationally.