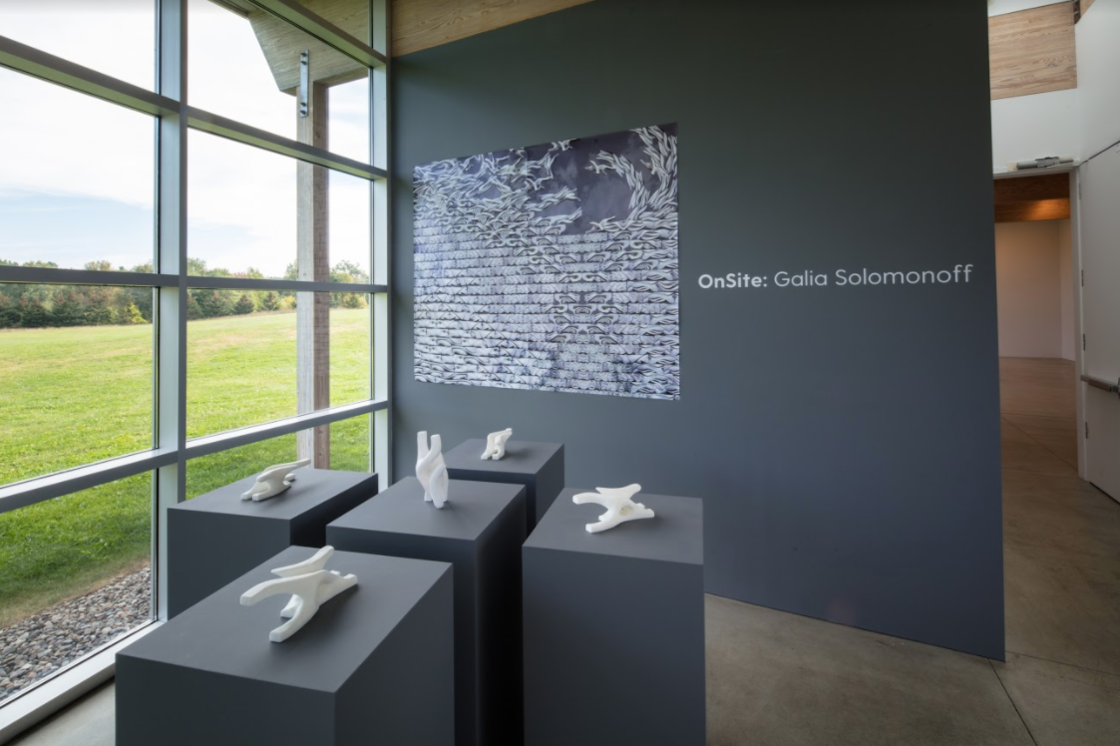 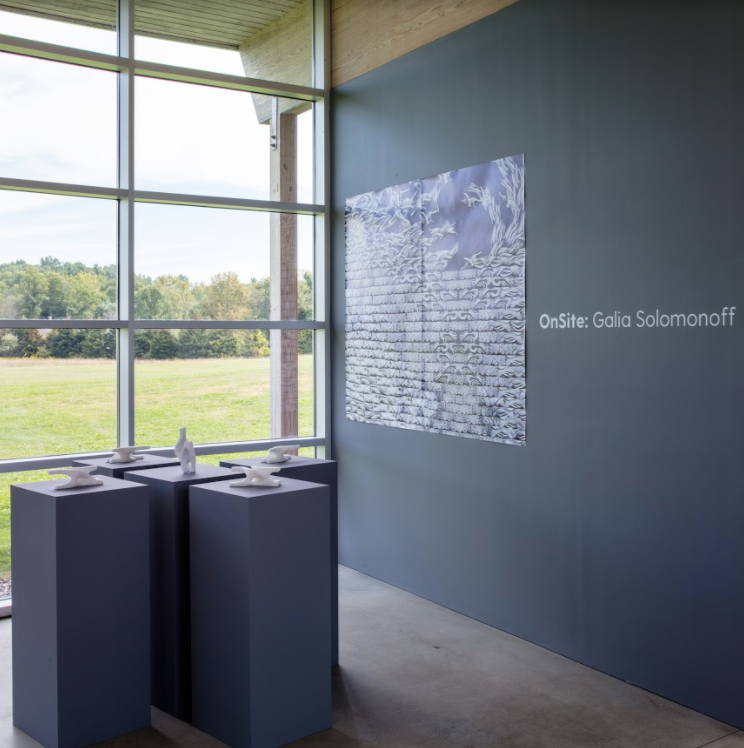 As an basic construction unit, the brick has remained unaltered for millennia across cultures and civilizations. This simple, straight-edged rectilinear form in the hands of builders and architects has great versatility and can accomplish great sculptural plasticity. Architects from Antonio Gaudi to Louis Kahn, and from Mies van der Rohe to Rafael Moneo, have worked with essentially the same form with different formal results.
Today Galia Solomonoff set out, in a series of experiments facilitated by technology, to manipulate and deform the brick. She called the results Defective Bricks. The first iterations designed - in numerous computer drawings and hand-made plaster cast models- were assembled into potential walls and structures at Artists Space in New York. Each brick can be different, the combination of them flexible, they can appear to fly off. A large drawing, made in collaboration with Fabian Marcaccio, illustrates the possibilities.

For Art Omi: Architecture Solomonoff presents a new edition and continues pushing the evolution and manufacturing options. The examples here are made with three-dimensional printers and rendered in a lightweight material. In a sense the brick has been liberated, as the artisanal methods flow into automatic robots, and the master-mind of the architect can make them as Smart Bricks.

Galia Solomonoff is the founding principal of Solomonoff Architecture Studio, a design firm established in Chelsea in 2004. Since its inception, the firm has been dedicated to the integration of contemporary art and architecture. With artist Robert Irwin, Solomonoff and her previous firm, OpenOffice, converted a 1929 Nabisco box-printing factory into Dia:Beacon, a daylight-only minimal art museum in Beacon, New York. Solomonoff currently teaches at the Graduate School of Architecture, Planning and Preservation (GSAPP) at Columbia University and lectures on topics of Art, Public Housing and Latin American Architecture. Solomonoff has worked with over 40 artists, designing site specific, multi-media, permanent and temporary art exhibitions. Her architectural practice seeks to make art accessible to all publics. As a member of Studio X and Columbia's Global Centers, Solomonoff travels regularly with students and engages in discussions of art, architecture and how to further their public democratic mission in the cultural and political sphere. Solomonoff is married to artist Fabian Marcaccio, and lives with her family in New York City.