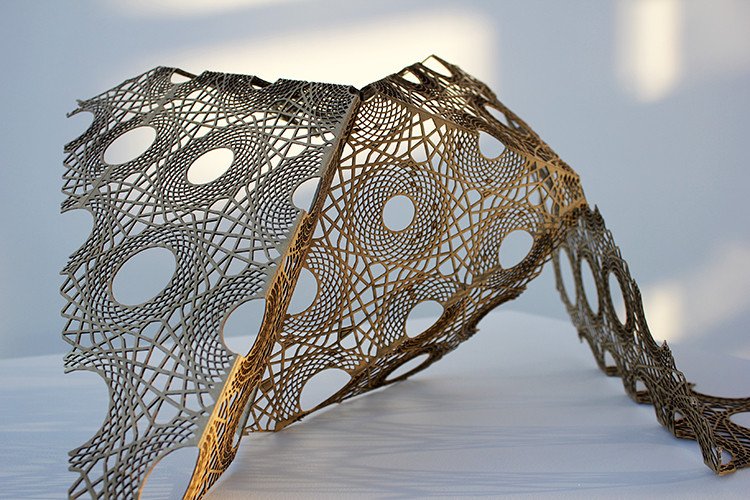 The exhibition will feature the Maquette from Yolande Daniels' 2010 installation, Tea Cozy, an outdoor pavilion of folded waterjet cut sheet steel and cast concrete hemisphere seating for the Evergreen Museum at Johns Hopkins University. The project responds to the decorative exuberance of a demolished tearoom on the grounds of the former mansion and references tea fantasies from the tranquility of the Japanese tea ceremony to the psychedelia of Alice in Wonderland’s tea party.

Yolande Daniels is a recipient of the Rome Prize in Architecture and fellowships from the Mac Dowell Colony and the Independent Study Program of the Whitney American Museum of Art. She received architecture degrees from Columbia University and City College, CUNY. She is a co-founding design principal of studioSUMO and joint recipient of various awards including: the American Academy of Arts and Letters Architecture Award, Emerging Voices Award, and Design Vanguard Award. studioSUMO has also received grants from the NYSCA/New York State Council on the Arts and NYFA/New York Foundation for the Arts, and selected for the NYC Department of Design and Construction/DDC Design Excellence Program for small contracts. Projects by studioSUMO have received numerous awards including from: International Architecture, Chicago Athenaeum; Iconic Architecture, German National Design Council Architecture, New York Chapter AIA, New York State AIA, and the Brooklyn Chamber of Commerce Design.