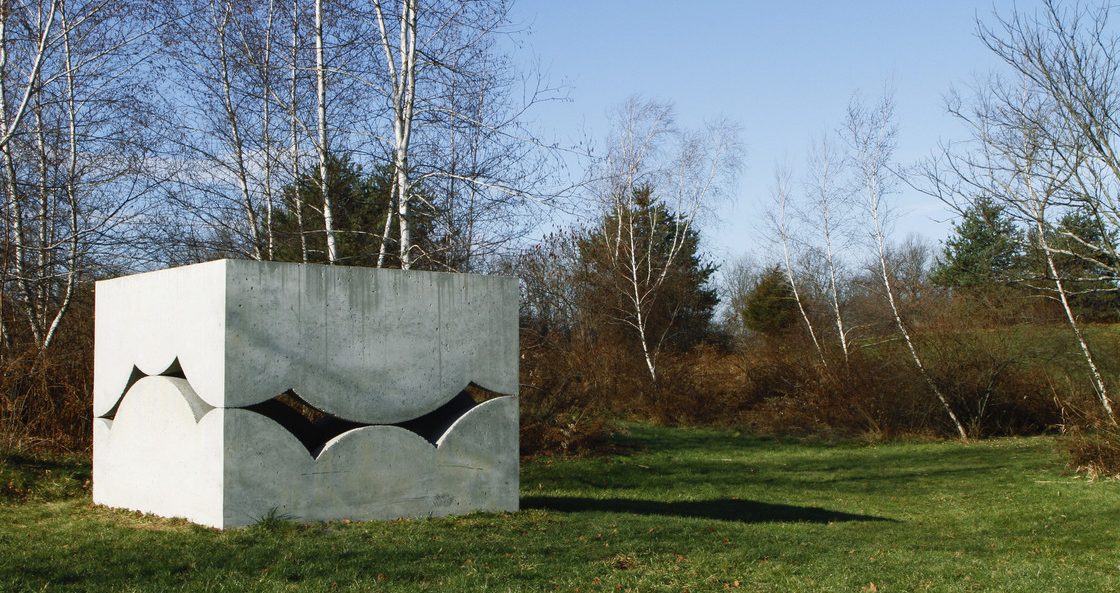 Oliver Kruse uses his expertise in architecture to design artistic large-scale sculptures, installations and walk-in structures. He begins by sketching out his ideas in 3D software, designing a mold, and then pouring the material (usually concrete) to fill the negative space. What is left is a three-dimensional object that is mathematically sound, perfectly proportioned and an exact life-sized replica of the model that was created on his computer. When the viewer approaches and peers through the small openings, one will notice conglomerates of interconnected spheres that seem to be stuck together. The negative space is open and allows light to enter through a small opening up top where the spheres separate.

Oliver Kruse (born in 1965, Nuremberg) began his art career as a cabinetmaker during a training in Cologne between 1986 and 88. In the same year he started with Fine Art Studies in Hombroich under the professor Erwin Hee­rich. Later he got his postgraduate Diploma in Art History in Royal Society of Arts, London and Masters Degree in Fine Art, Sculpture in Chelsea College of Art supervised by Richard Deacon. He lived and worked as an artist in London. In 1994 he founded his studio at the Rocket Station Hombroich. From 1996 he became a member of the board of Insel Hombroich Foundation. In 2004-05 he was the artistic director Hooy Kaye Institute in Brussels. From 2005 he has taught as a professor at Peter Behrens School of Architecture in Dusseldorf. In 2009 he became a member of the board of Architecture Omi, New York.