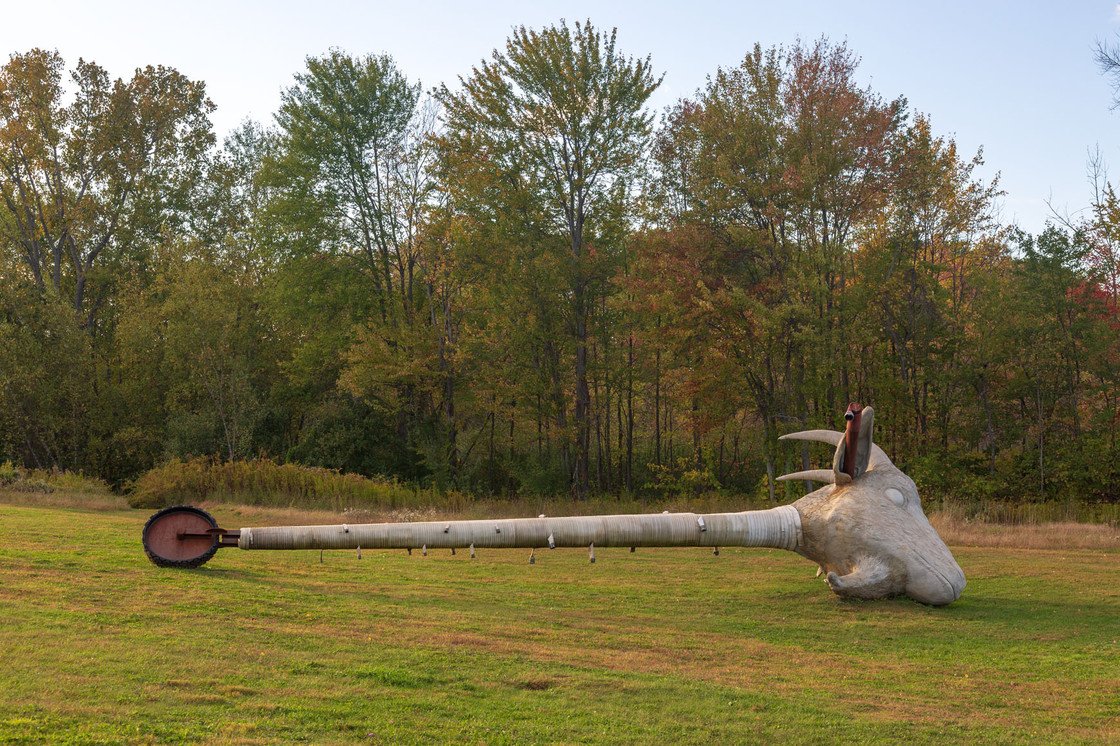 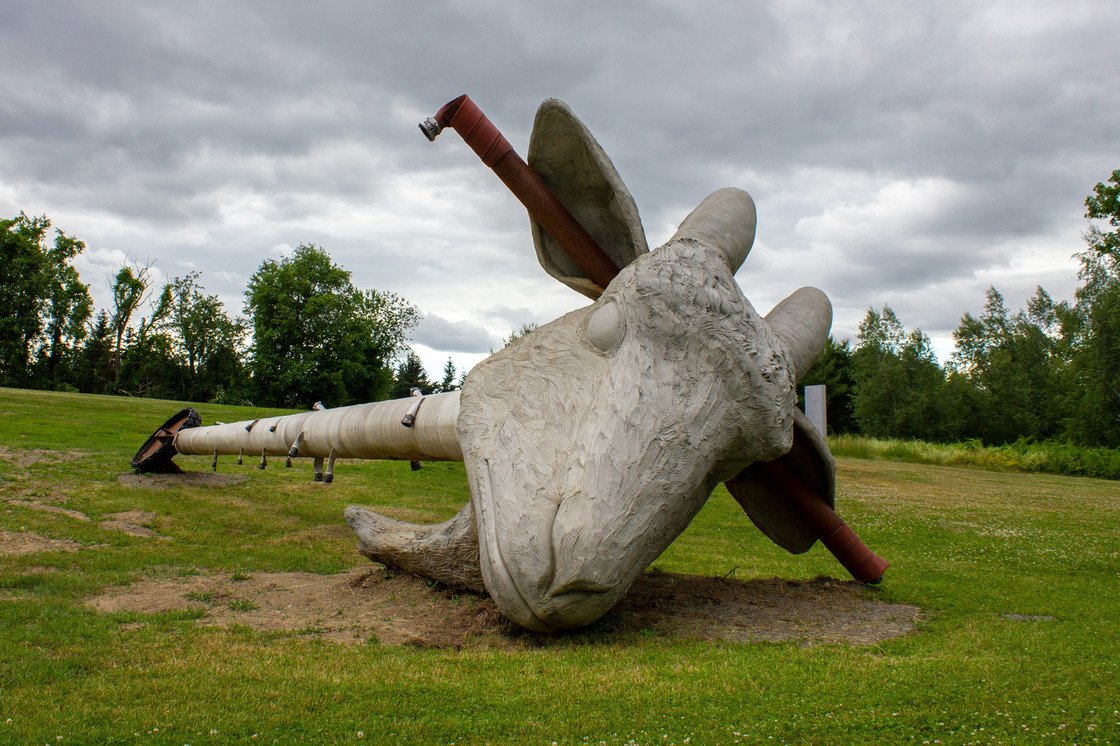 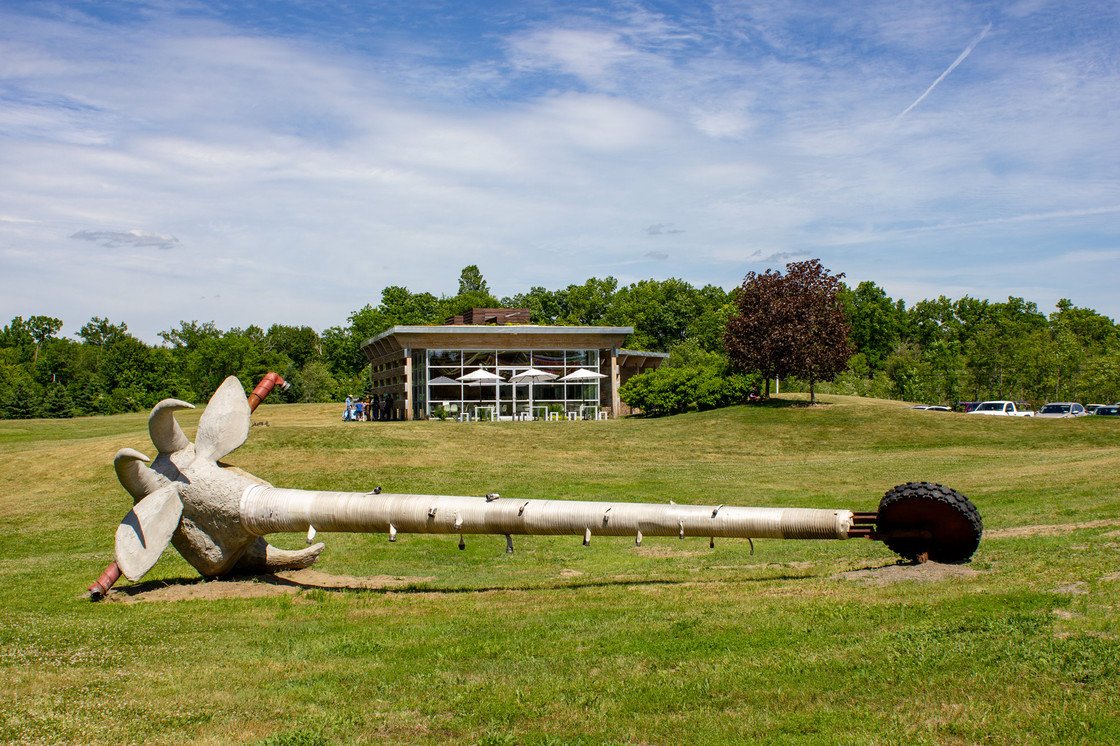 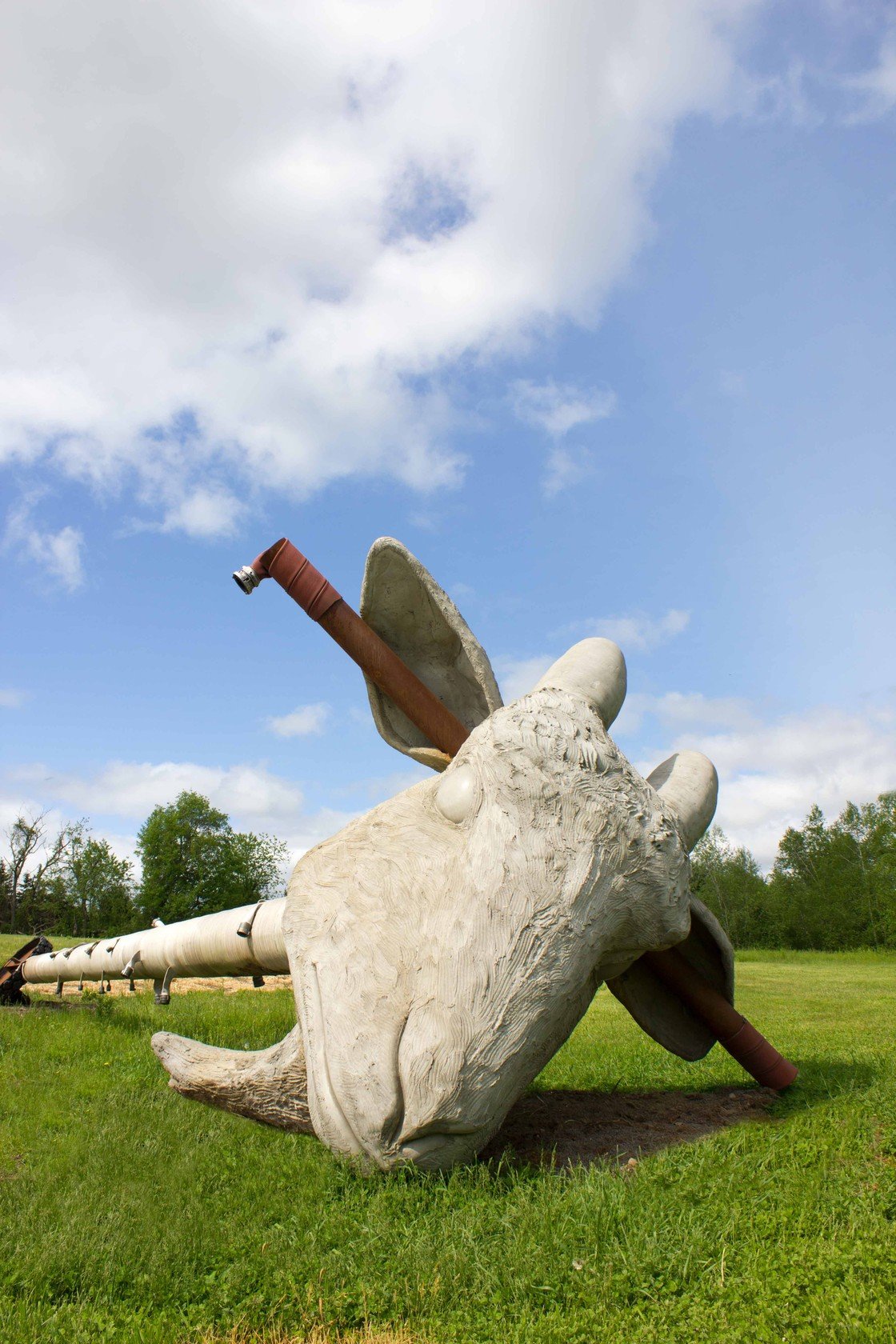 A colossal faux-stone head that recalls the enormous busts of historical figures, this forty-foot long hobby goat toy can be understood as satire of masculinity and the monument. Here Ward infantilizes the impulse towards the mammoth by adding handle bars to its head and a precarious wheel of rusted steel and used tire. Its title invoking those shamed and blamed by a group, Scapegoat addresses communal values and modes of inclusion and exclusion.

Nari Ward (b. 1963, St. Andrew, Jamaica; lives and works in New York) is known for his sculptural installations composed of discarded material found and collected in his neighborhood. He has repurposed objects such as baby strollers, shopping carts, bottles, doors, television sets, cash registers and shoelaces, among other materials. Ward re-contextualizes these found objects in thought-provoking juxtapositions that create complex, metaphorical meanings to confront social and political issues surrounding race, poverty, and consumer culture. Nari Ward received a BA from City University of New York, Hunter College in 1989, and an MFA from City University of New York, Brooklyn College in 1992. Ward has received numerous honors and distinctions such as the Joyce Award, The Joyce Foundation, Chicago (2015), and the Rome Prize, American Academy of Rome (2012), and awards from the American Academy of Arts and Letters, the National Endowment for the Arts, New York Foundation for the Arts, John Simon Guggenheim Foundation, and the Pollock-Krasner Foundation. Ward has also received commissions from the United Nations and the World Health Organization.