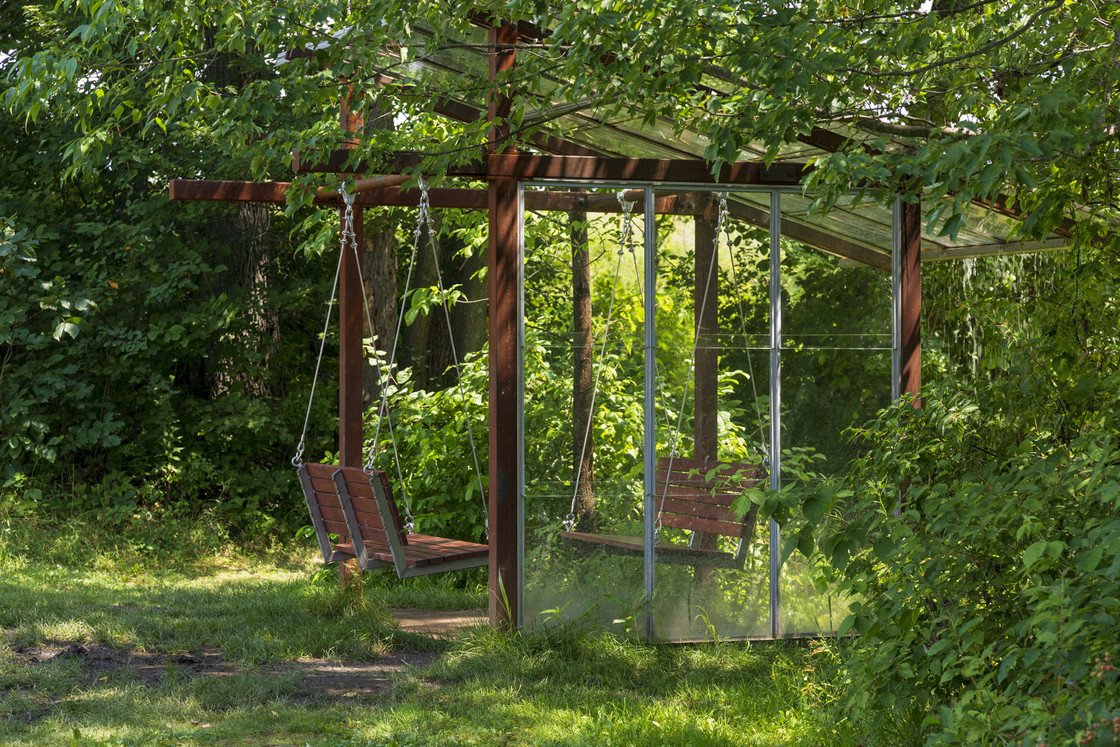 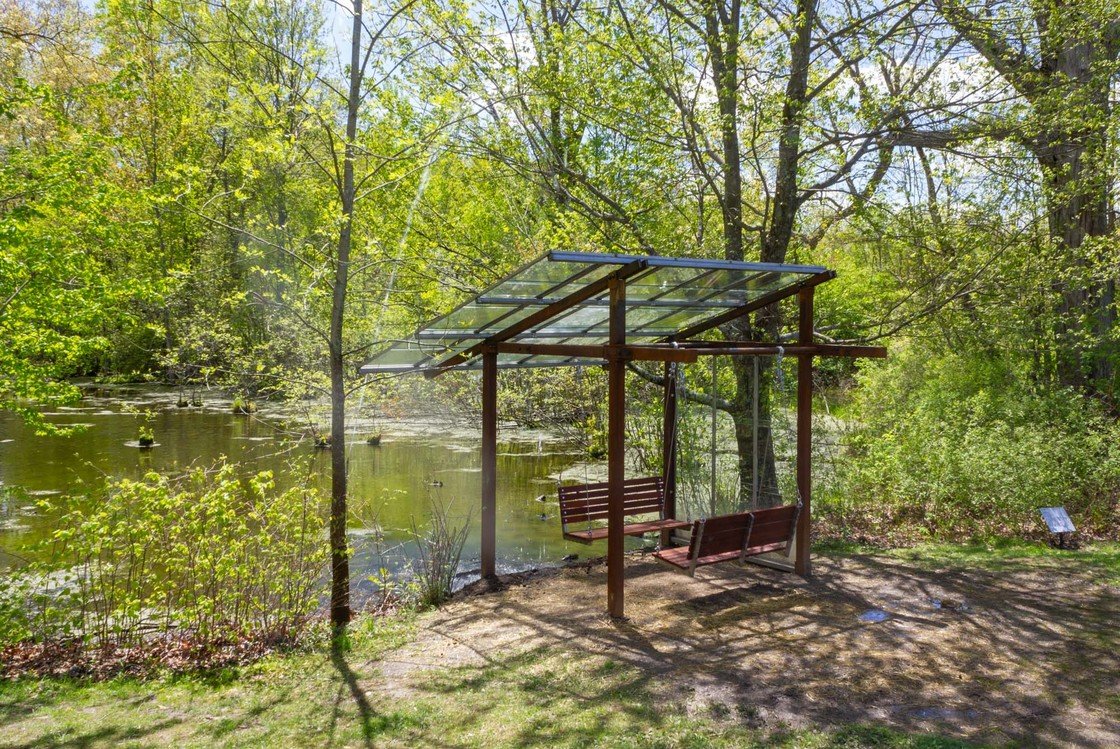 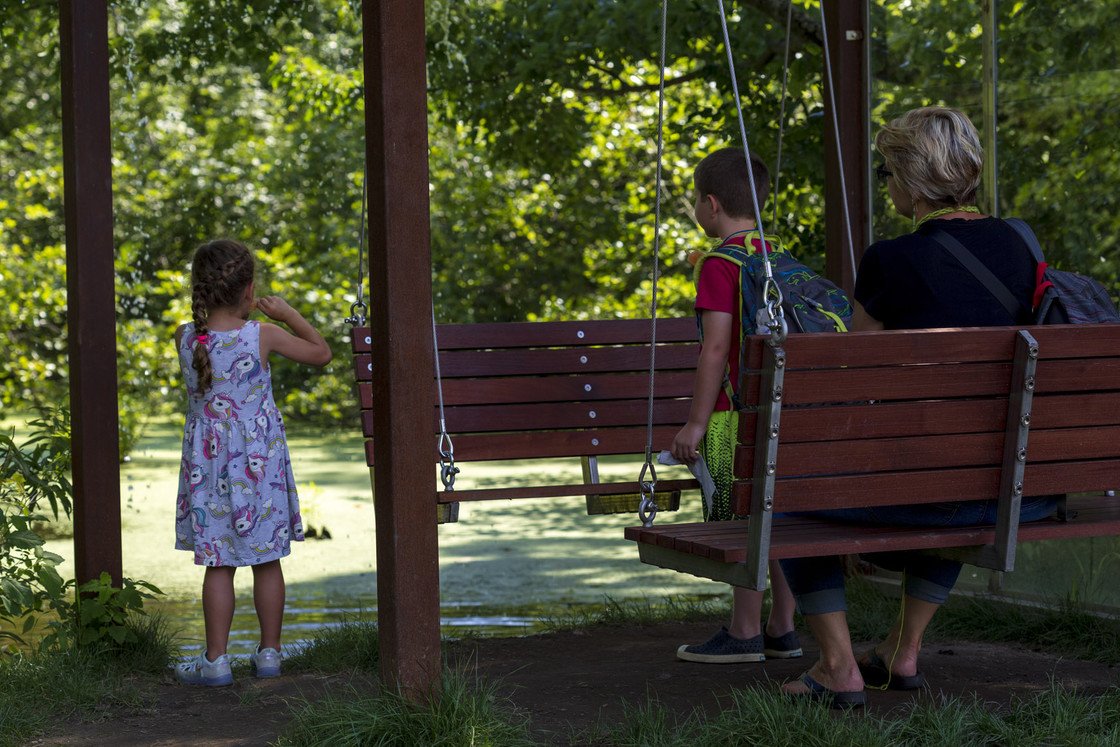 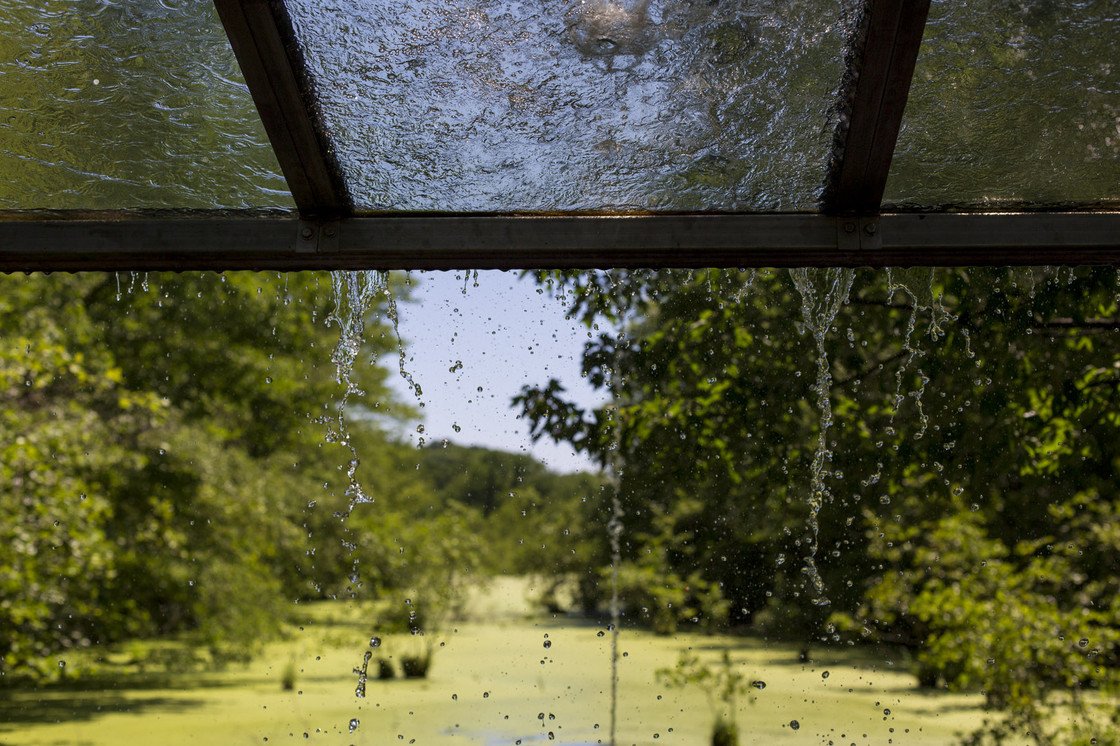 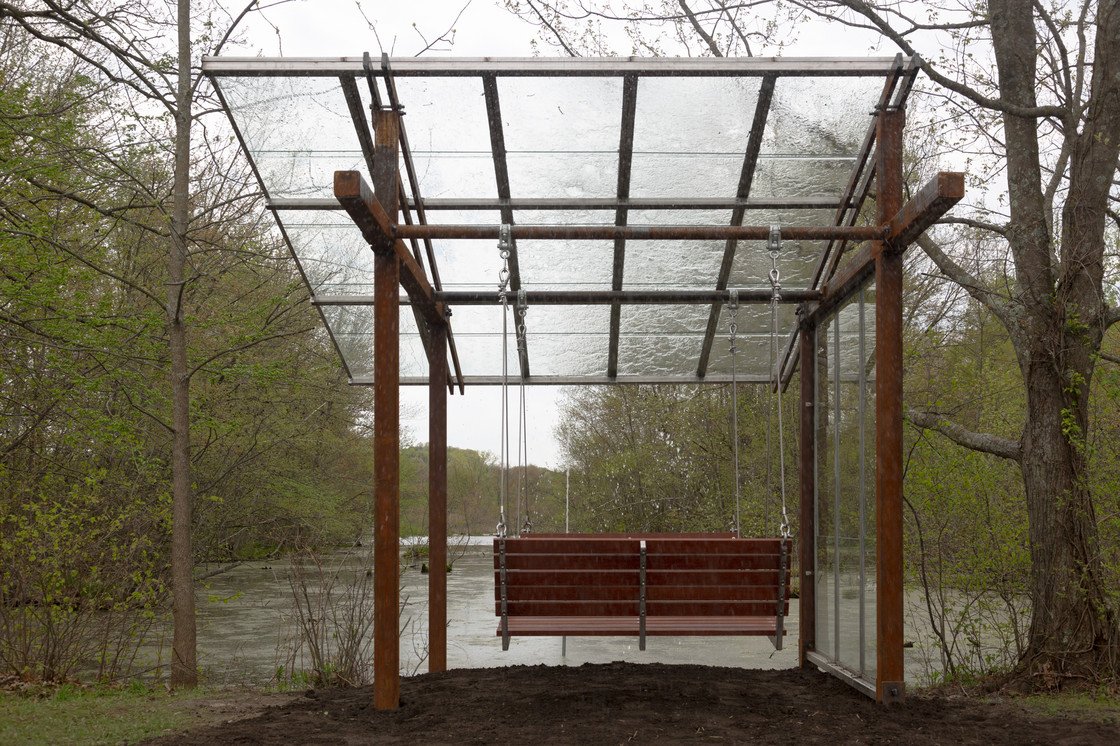 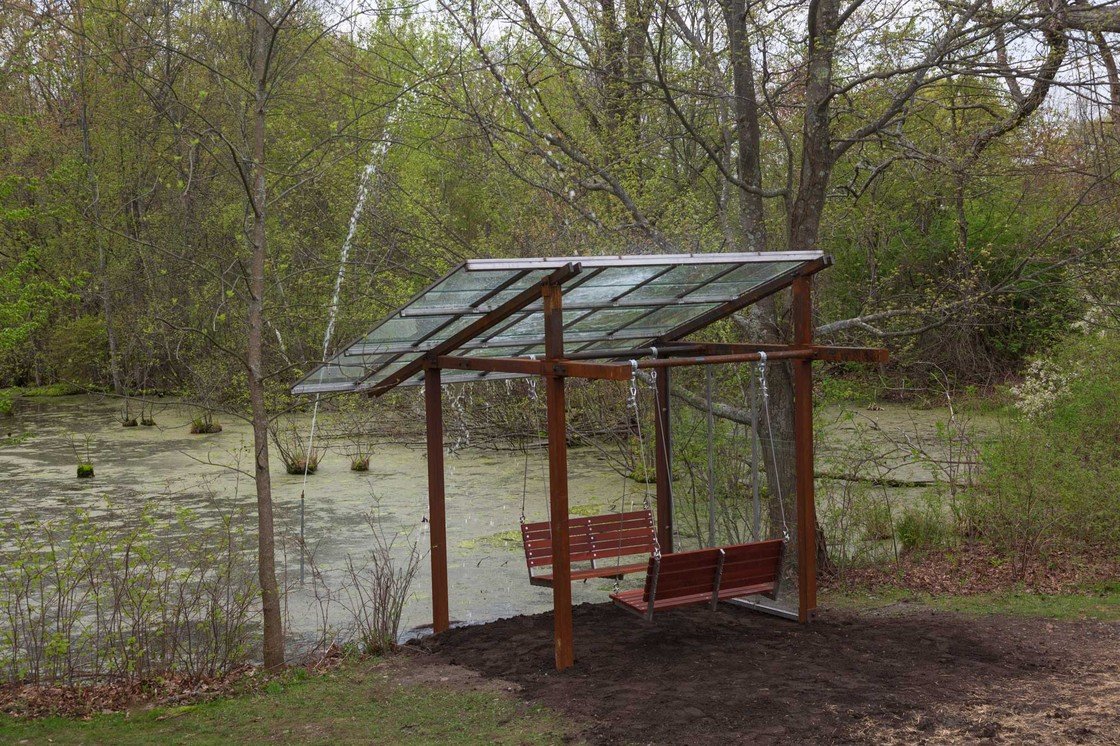 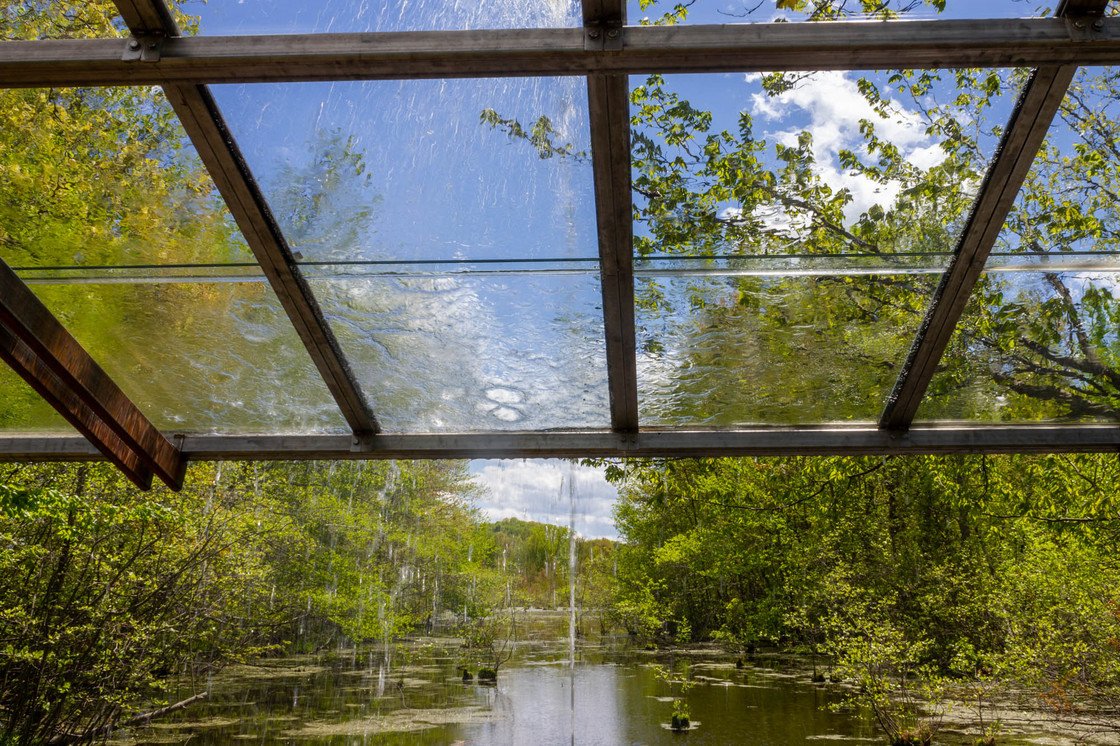 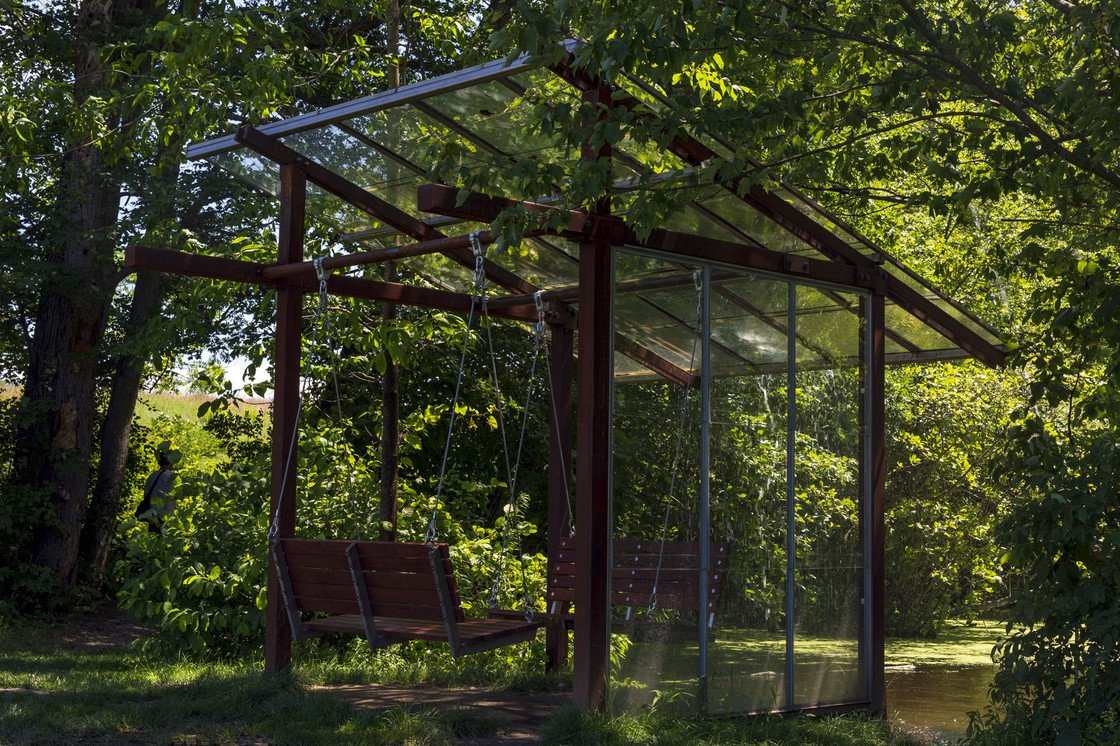 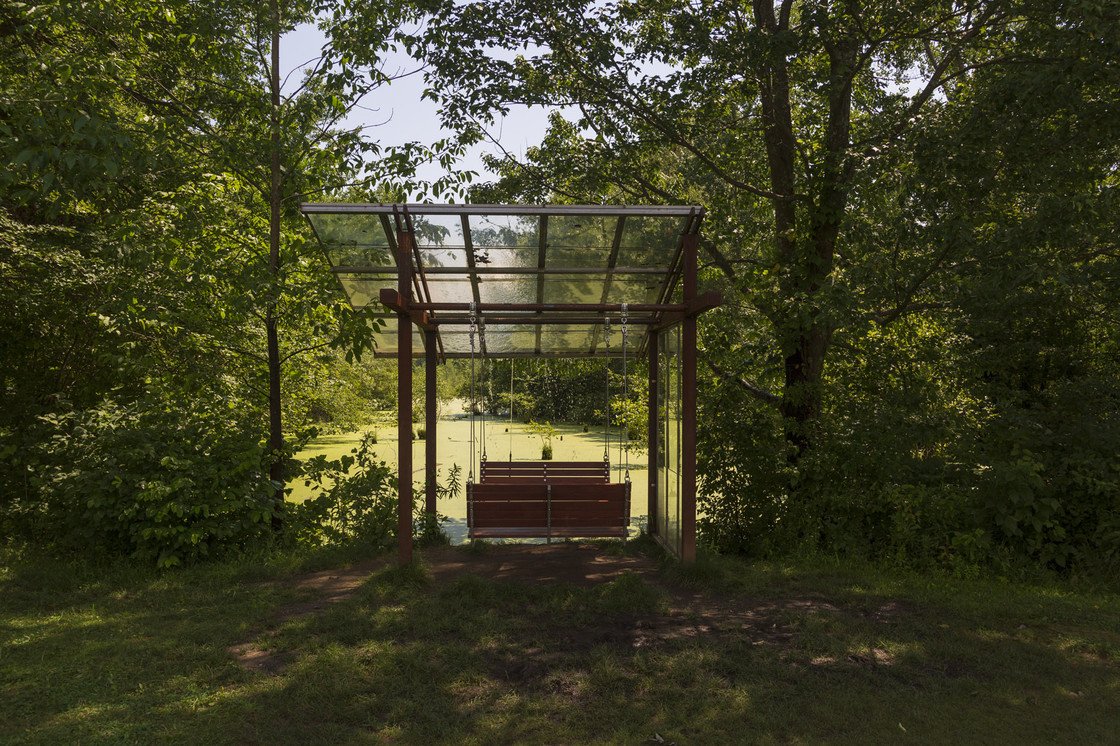 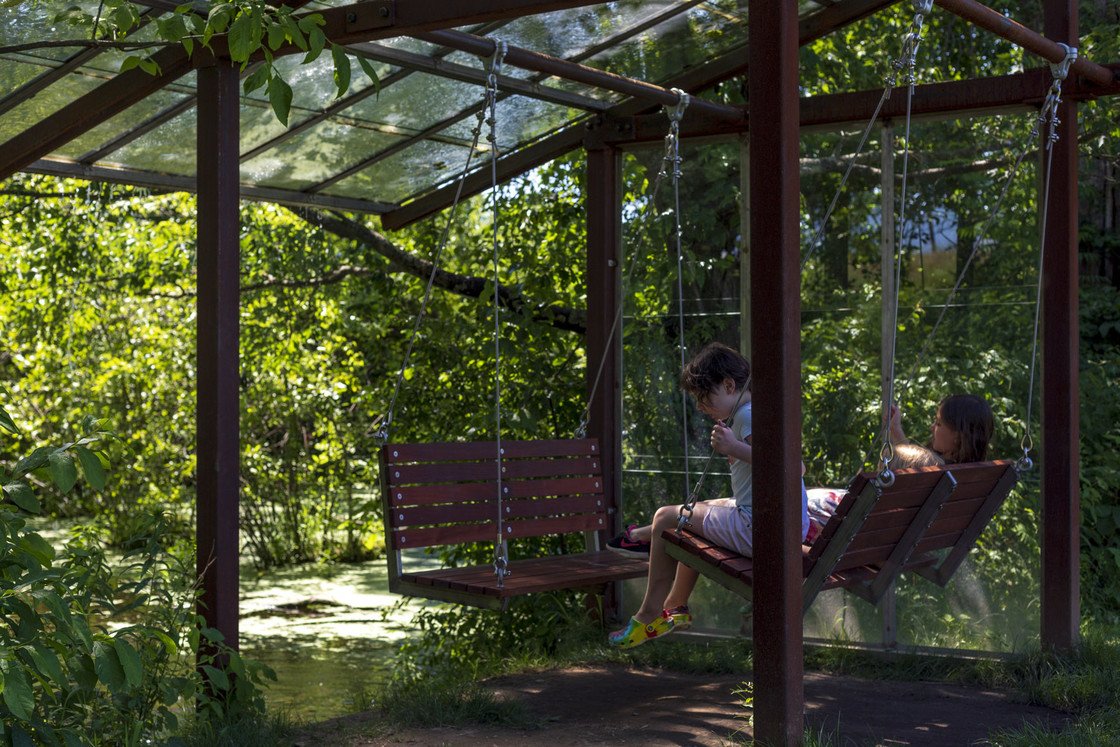 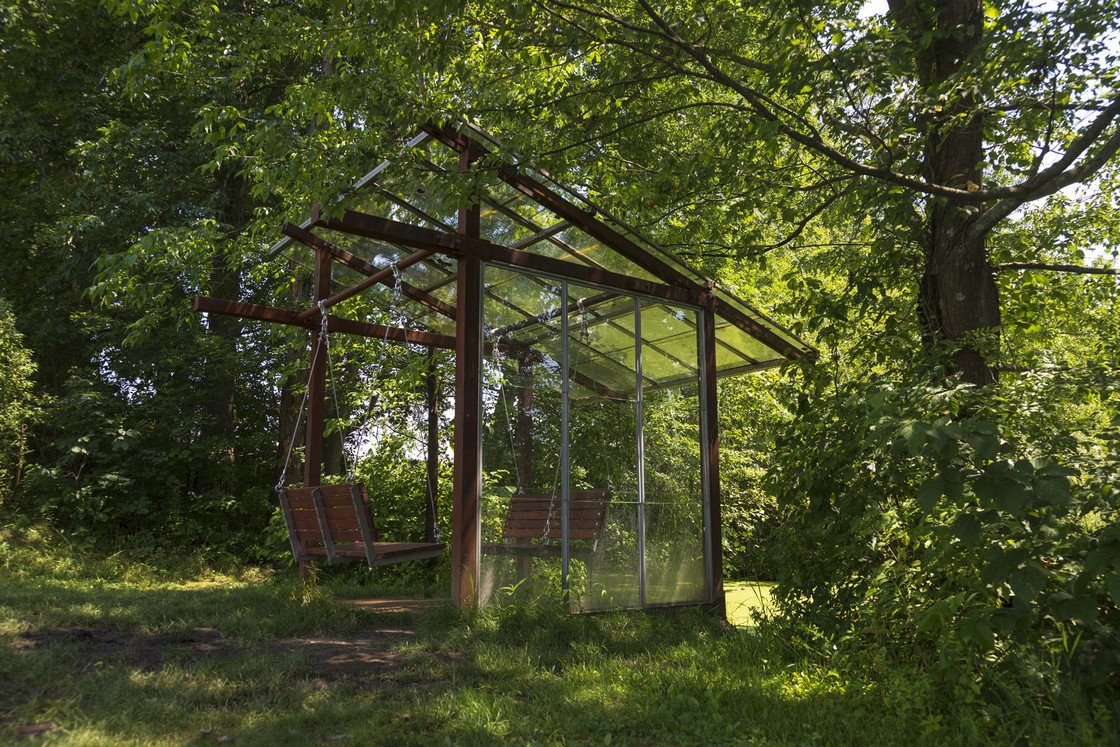 Matthew Geller creates public art works whose visual vocabulary doesn’t immediately telegraph its status as art. Geller employs the objects we see regularly in public spaces—pipes, railings, roofs, and benches—and assembles them in a way that changes our experience and creates a new social interaction. Babble, Pummel and Pride, II is sited in a picturesque corner of the Art Omi's wetland pond, and creates a unique gathering space. The roofed structure with its swinging benches and fountain pumping water from the pond onto the roofs gives viewers a chance to be lulled by the babble of the fountain, but also threatened by the possibility of entering the spray zone. A true folly in the landscape.

In the 1980s, Matthew Geller switched his studio practice from primarily sculpture to the production of video works, reworking the structure and style of television storytelling with comic narratives that played off conventional genres—documentary, fairytale, melodrama. Employing fragmentation and disjunction as storytelling devices, Geller intercut several seemingly unrelated anecdotal stories into cohesive, if nonlinear, narratives. Beginning with his fellowship at the American Academy in Rome, he integrated his skills as a storyteller and sculptor by creating intimately observed worlds in miniature. For the past 15 years, he has taken these ideas, changed the scale, and extended the possibilities for site and a chaotic viewership by producing temporary and permanent public art, which has been described in various ways, from “urban earthworks” to “industrial baroque settees.”

Babble Pummel, and Pride II was discussed in depth during Curatorial Conversations: Relational Aesthetics in Art and Architecture on May 29, 2020. Watch the video archive here: