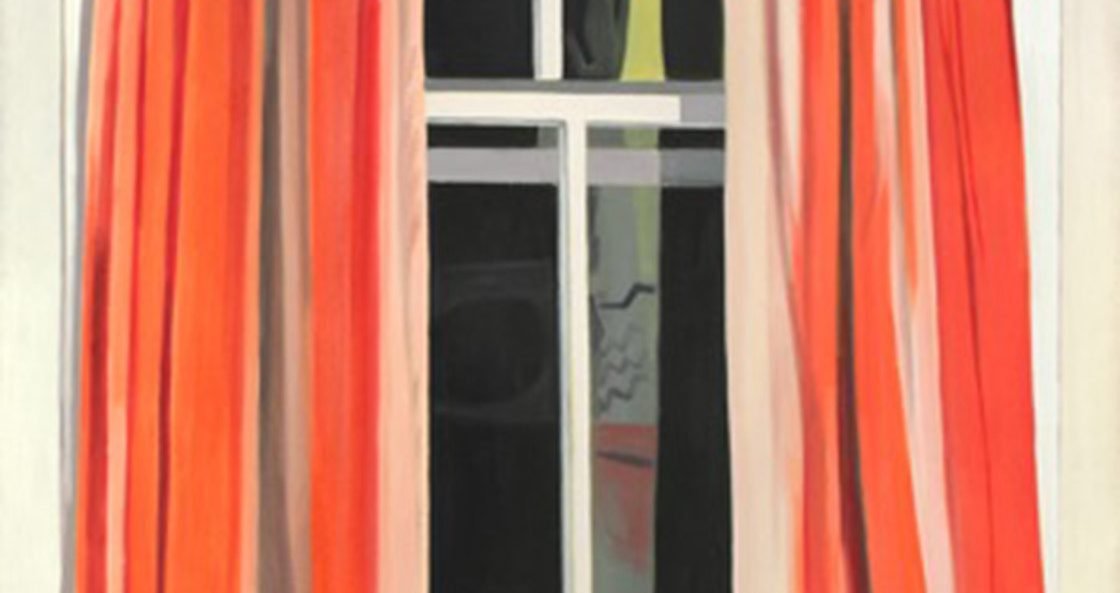 The Fields Sculpture Park at Art Omi is pleased to present an exhibition of works by the highly renowned and influential American painter Lois Dodd.

Dodd was part of the wave of New York artists to explore the coast of Maine after the second World War, and spent many summers in the Mid-Coast region surrounding Penobscot Bay. The artist was attracted to the rambling old farm houses, verant fields, and bright sunshine of a summer's day. For Dodd, being there provided her the freedom to concentrate of the depiction of rich vegetation and crumbling structures that make Maine so attractive, as seen in her works.

Lois Dodd's representational paintings of windows and doors reflect her aesthetic and use of spontaneous abbreviation as her painterly language, and never sacrifices form or coloristic detail. Dodd had set out to find and frame her subject matter, "the everyday"; something quiet and original that can be deeply felt through her work. Her earlier works are largely devoid of human figures, and focuses instead on the role of viewpoint in her paintings.

For more than sixty years, Dodd's primary subjects have been the unadorned rooms she lives in – views overlooking a cemetery and non descript buildings in NYC's Lower East Side – or places she can drive to in Cushing, Maine, where she lives for part of the year. A significant number of her paintings of windows are done from the inside looking out – the view of a solitary person looking out the window at an uneventful world. In contrast, many paintings done in Maine have the view of someone looking in, at an abandoned building or broken window.

The subject matter dictates the final dimensions and scale of Dodd's work – larger than life, sometimes square or rectangle, some paintings twice as tall as they are wide. One senses that the artist spots the exact view she wishes to paint, and the rest follows. Dodd's use of thinned oil paint is malleable and smooth, conveying a visceral presence and enabling her to achieve a combination of tactility and luminosity that are integral to her vision of everyday life. Through paint, Dodd is able to encapsulate the norm in a gentle snapshot. Shadows become as solid as the wall or tree that casts them, and a pale afternoon sky can appear to be both porous and limitless. Whether working tonally or in sharp contrasts, Dodd is a masterful colorist.

On Dodd, Mario Naves wrote, "she paints lucid canvases with a taut resolution between representation and form." Hilton Kramer, who writes often about Dodd in the National Review, and The New York Observer, says that her 2001 exhibit, WOMEN AT WORK, caused "something of a sensation even among her devoted admirers,... (with) its painterly invention, and the richness of its pictorial allusions,...with an undercurrent of irony and humor,... and high-octane painterly virtuosity."

Lois Dodd was born in Montclair, New Jersey in 1927. From 1945-1948 she attended The Cooper Union in New York. In 1952 she was one of five artists to establish the Tanager Gallery, where she exhibited until 1962. From 1971 to 1992, Dodd taught at Brooklyn College, and has, since 1980, served on the Board of Governors of the Skowhegan School of Painting and Sculpture. She is an elected member of the American Academy and Institute of Arts and Letters and National Academy of Design. She is the recipient of many awards, including the American Academy and Institute of Arts and Letters 1991 Purchase Prize. Dodd's work is included in major corporate collections, museums in the U.S. and abroad and in numerous prestigious solo and group shows. Memberships include the American Academy Institute of Arts and Letters, National Academy of Design, Colby College Museum Advisory Board, and the Skowhegan School Board of Governors. Her work is in the collections of Brooklyn College, Bryn Mawr College, Colby College, Cooper Hewitt Art Museum, Dartmouth College Art Museum, Farnsworth Art Museum, National Academy of Design, , National Gallery, Ogunquit Museum of American Art, Museo dell 'Arte, Udine, Italy, Portland Museum of Art, Springfield Art Museum, Wadsworth Atheneum, Whitney Museum Print Collection, Chase Manhattan Bank of North America, Ciba-Geigy Corporation, First National City Bank, Metropolitan Life Insurance, R.J.Reynolds Industries, and more. She is represented by Alexandre Gallery.