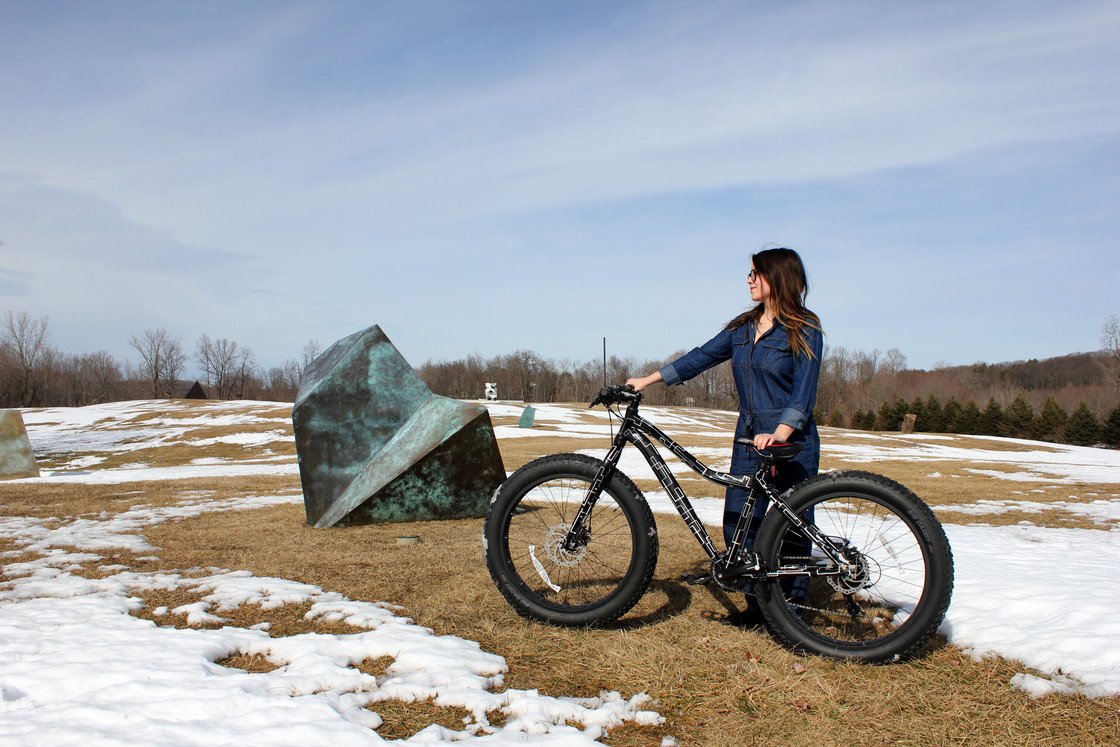 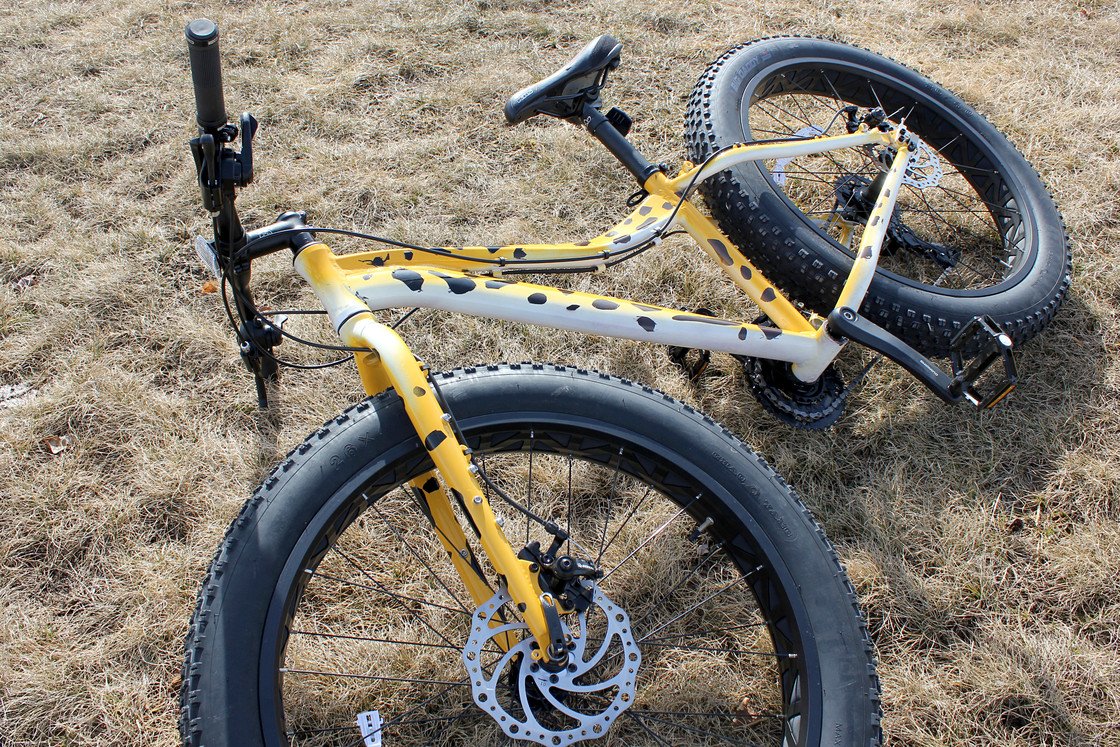 In collaboration with Velo Domestique Bicycle Shop in Chatham, local artists Jason Middlebrook and Kianja Strobert have collaborated to custom-paint these bicycle frames for Art Omi. Fat Bikes have larger tires and a sturdy frame making them uniquely able to ride through snow and rough, wet terrain. Art Omi is pleased to offer the use of our two new bicycles for visitors to explore the grounds.

Painter Kianja Strobert uses a variety of unlikely materials to realize raw, expressionistic canvases. Her practice explores how painting, sculpture, and architecture intersect with mark-making; in addition to paint, Strobert has been known to use pumice, sand, flexible LED wire, cinderblocks, and gilded animal bones. Her works are characterized by splashes and swathes of color put to canvas with overt physicality, as traces of fingers or the smear of blunt tools make themselves apparent. Strobert's pieces also frequently feature colorful borders or partitions (ordering devices), and her experiments with installation art are concerned with the role of the artist—indeed, overall, Strobert's dynamic practice is defined by questions regarding with what it means to be a "maker."

Jason Middlebrook gathers his creative inspiration from both nature and technology, transferring their complex relationship into works of sculpture, installation, painting, and large-scale drawing. Despite these various mediums, Middlebrook's work consistently references art-historical traditions, styles, and movements. For instance, his sculptures crafted from hardwood planks, which he began in 2008 after relocating from New York City to Hudson, New York, feature painted abstractions. They are collisions of nature, art-making, and history that exemplify the artist's approach.

Born in 1966 in Jackson, Michigan, Middlebrook earned a BFA from the University of California at Santa Cruz before pursuing graduate work at the San Francisco Art Institute. From 1994 to 1995, he attended the prestigious Whitney Independent Study Program in New York. Middlebrook has exhibited his work extensively, including at institutions such as the New Museum in New York, the Whitney Museum of American Art in New York, MASS MoCA in North Adams, the Museum of Contemporary Art Chicago, the Aldrich Contemporary Art Museum in Ridgefield, CT, and the Eli and Edythe Broad Art Museum at Michigan State University in East Lansing, among others. His work will be included in the 2014 SITE Santa Fe biennial.

Strobert was born in 1980, in New York City. She received her BFA from the School of the Art Institute of Chicago in 2004 and then earned her MFA from the Yale School of Art in 2006. She has shown her work throughout the U.S. in cities such as New York, Los Angeles, and Philadelphia. In 2012, the Santa Monica Museum of Art mounted her first solo museum exhibition. She lives and works in Hudson, New York.