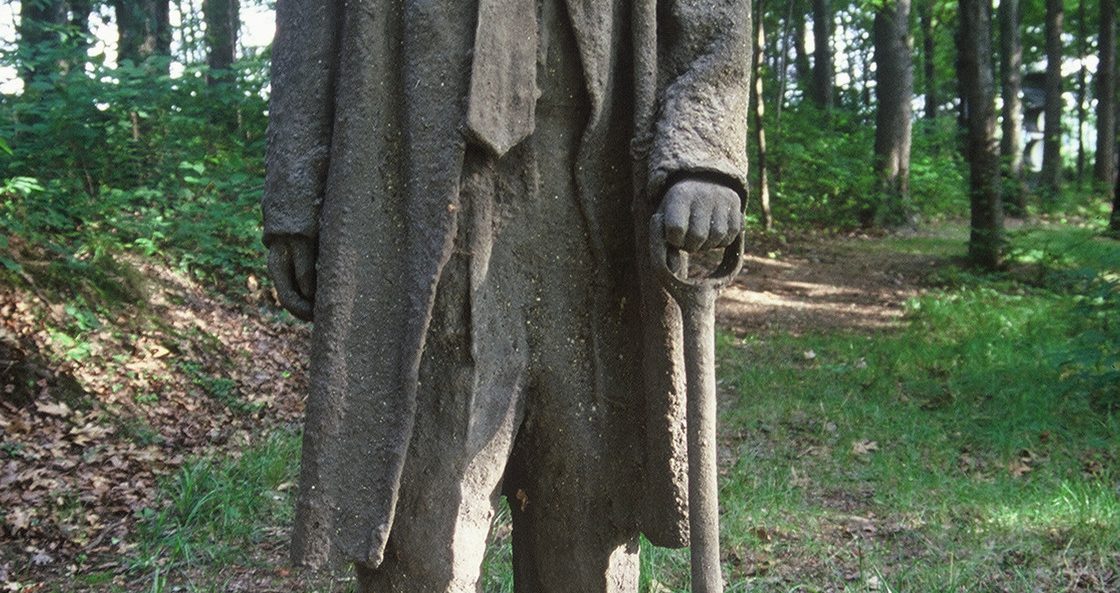 James Croak uses the casting method to create life-like and life-sized sculptures of the human body, using dirt. Croak claims, in the beginning of his career as an artist that he was not to afford bronze for sculpture making- so he would find an empty lot, dig up the soil, take it home to mix with glue or resin to press into plaster casts. He also has been known to work with found objects and taxidermy.

The Dirt Man is a series of figures created in his dirt casting process, and also happens to include similar series' of Dirt Baby and Dirt Window. To begin these dirt figures, he would first build an armature and sculpt clay upon it, while looking towards a live model for corpular reference. He then makes a plaster cast out of this clay sculpture and then begins the dirt modeling process.

James Croak has exhibited internationally at institutions including Galerie de la Tour in Amsterdam, Netherlands, the Hudson River Museum in New York, San Diego State University in California, and Atelier 31 Gallery in Seattle, Washington to name a few. He has also been featured in a number of publications ranging from the Los Angeles Times to Art in America.