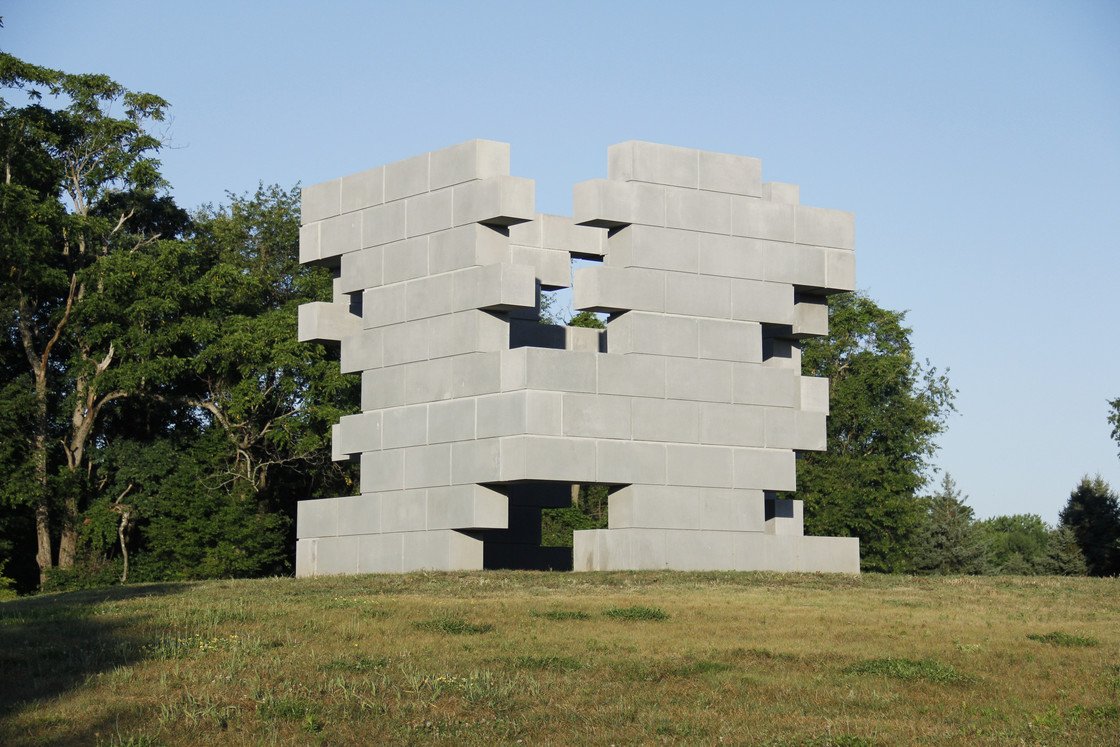 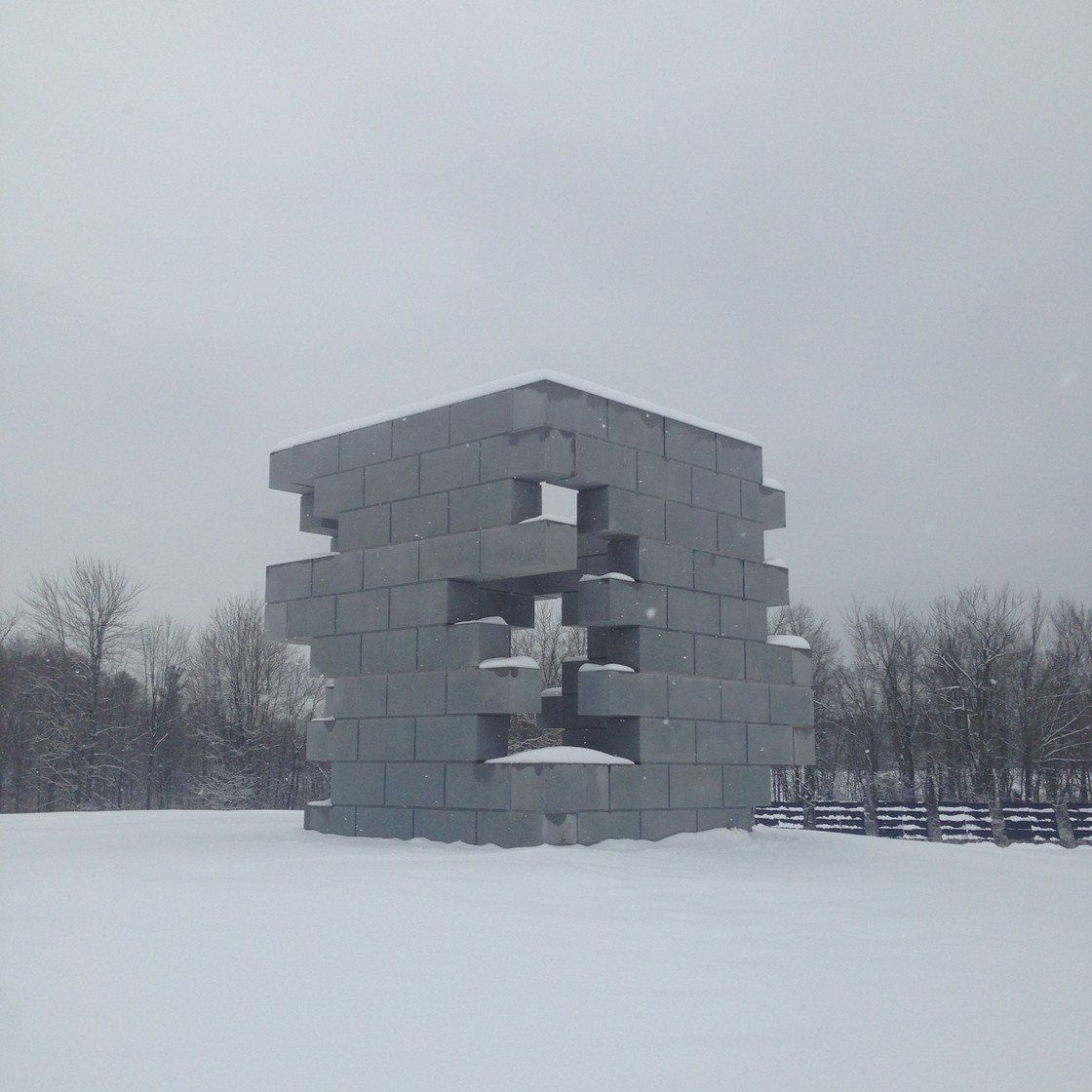 Iran do Espírito Santo's cast concrete Playground is an interactive, monumental sculpture that was created in 2013, and was originally installed in Central Park. For Playground, this new location at The Fields Sculpture Park provides an incredibly different environment for the viewer to experience this work. This sculpture now exists in a space with open skyscape, large fields and stretching treelines that contrast immensely with the previous location that was surrounded by people, buildings, and traffic.

Upon closer inspection of the material and surface quality, the viewer will notice that this work does not contain many individual block components, but of several slabs of cast concrete. The brick and mortar are unified forms where the color, texture and finish are consistent throughout. There are corner blocks missing, which are intentional moments that the artist inserted to allow transparency and access into this solid, massive "cube".

Works in the gallery were on view from March 19 - May 15, 2016. These pieces included three watercolor paintings and a street pole sculpture carved from black granite. These works further reflect Santo's attention to texture and surface quality of an object; the small drawings of smooth, painterly brick "pattern" echo back to the larger-scale work in The Fields.

Iran do Espírito Santo was born in Mococa, Brazil in 1963. In 1986 he received a B.A. at the Fundação Armando Alvares Penteado in São Paolo. Santo is one of Brazil's most highly regarded contemporary artists, known for his austere yet sensuous drawings, wall paintings and sculptures. His works have been exhibited in museums and galleries worldwide; and are included in the collections of many prominent international museums, such as the Museum of Modern Art, New York; the San Francisco Museum of Modern Art; and the Museum of Contemporary Art, San Diego. His works have been included in the Venice Biennale, the Bienal de São Paulo, and the Istanbul Biennal. Recent exhibitions have included The Portrait as an Image of the World at the Museu de Arte Moderna de São Paulo, Brazil and Present Tense at the San Francisco Museum of Modern Art. Playground is his first public work in the United States.