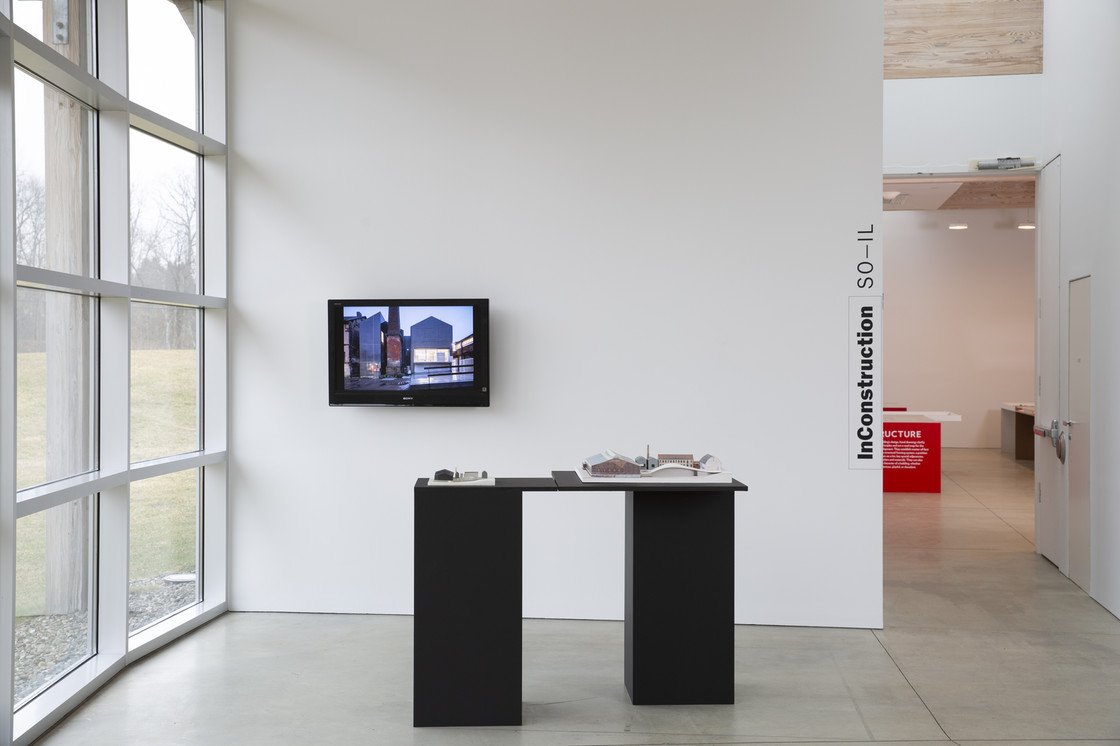 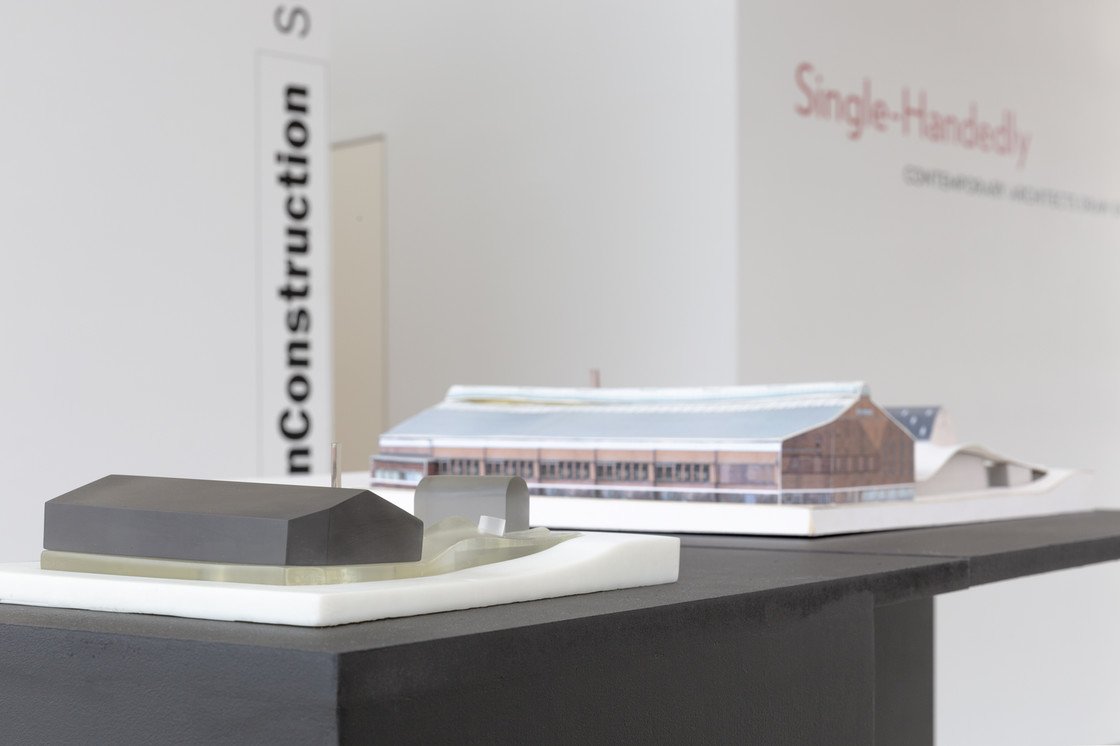 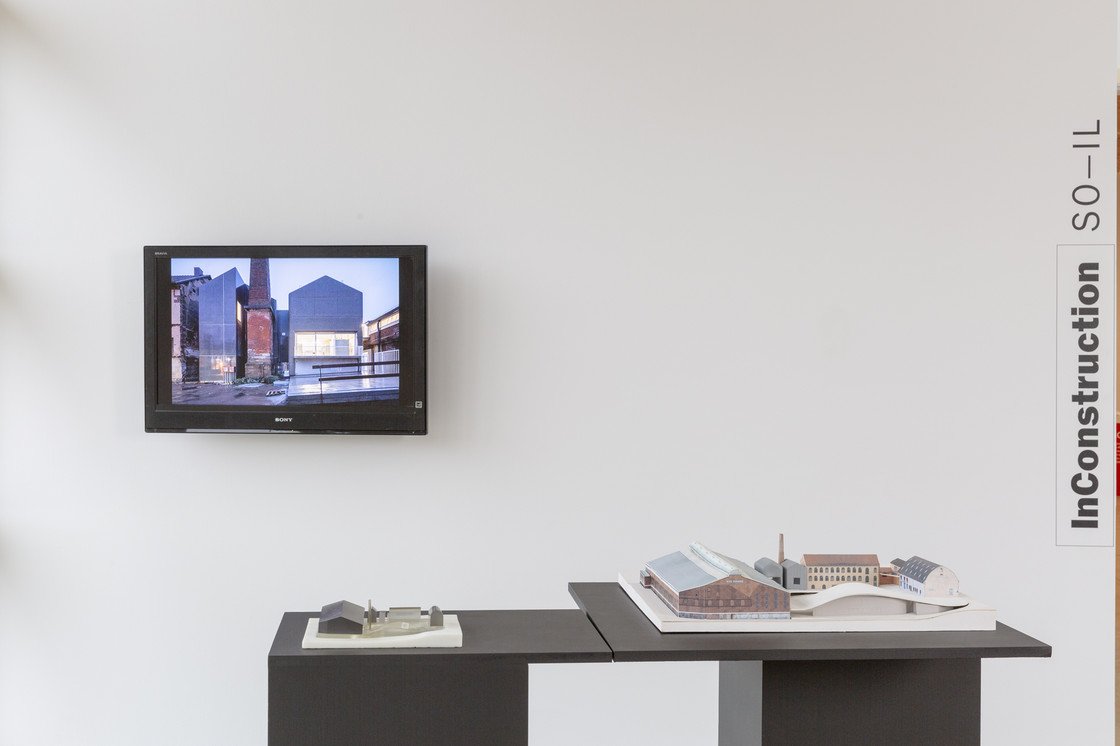 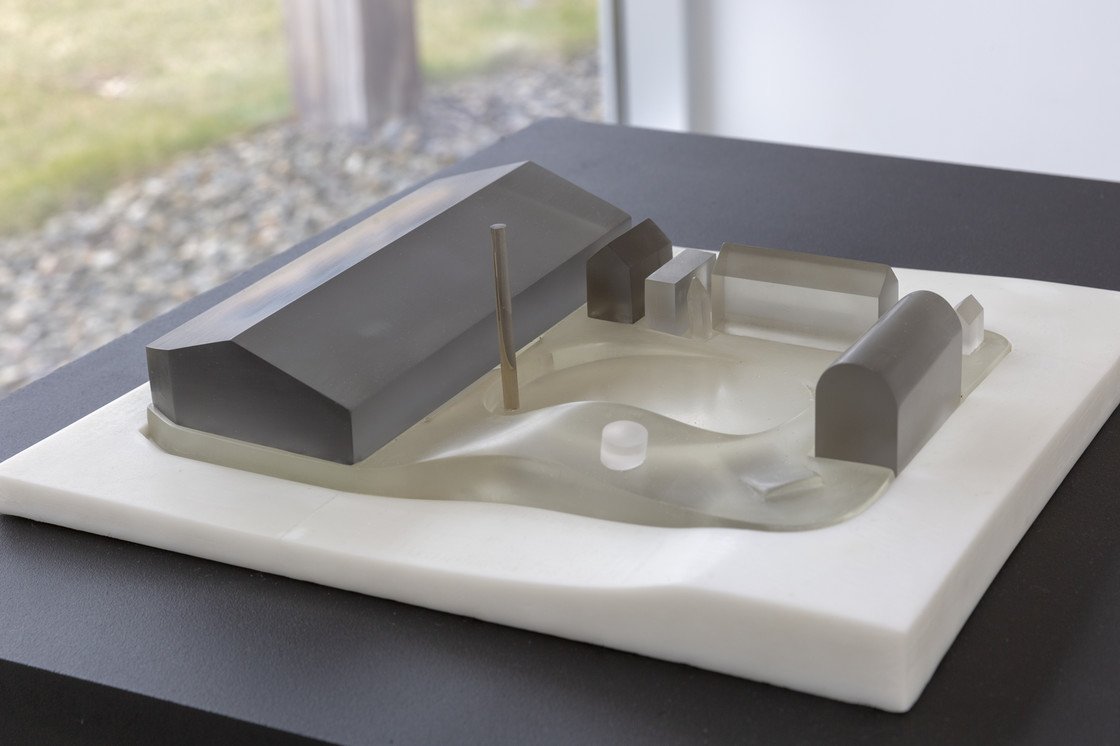 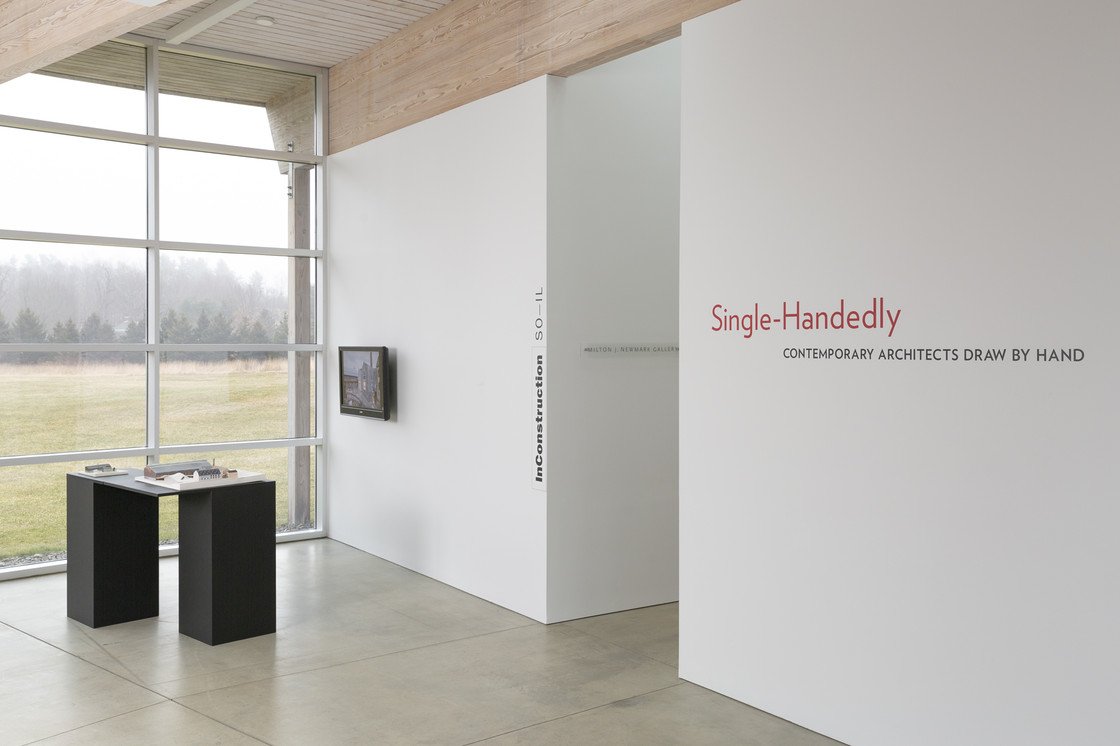 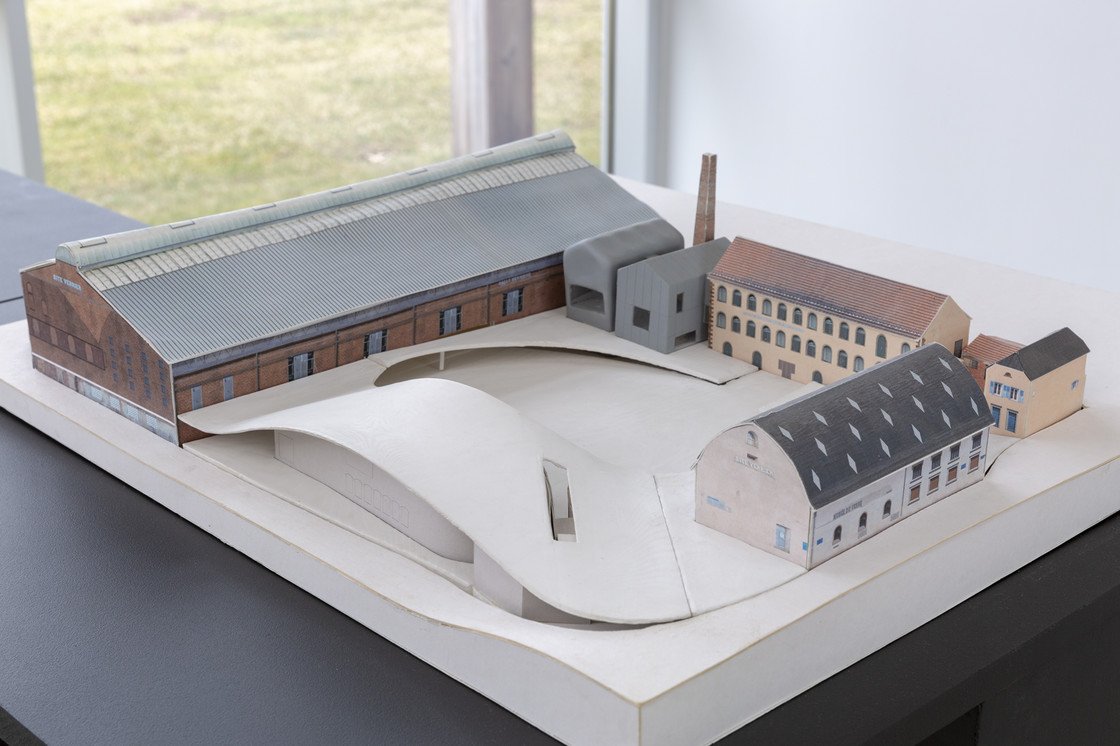 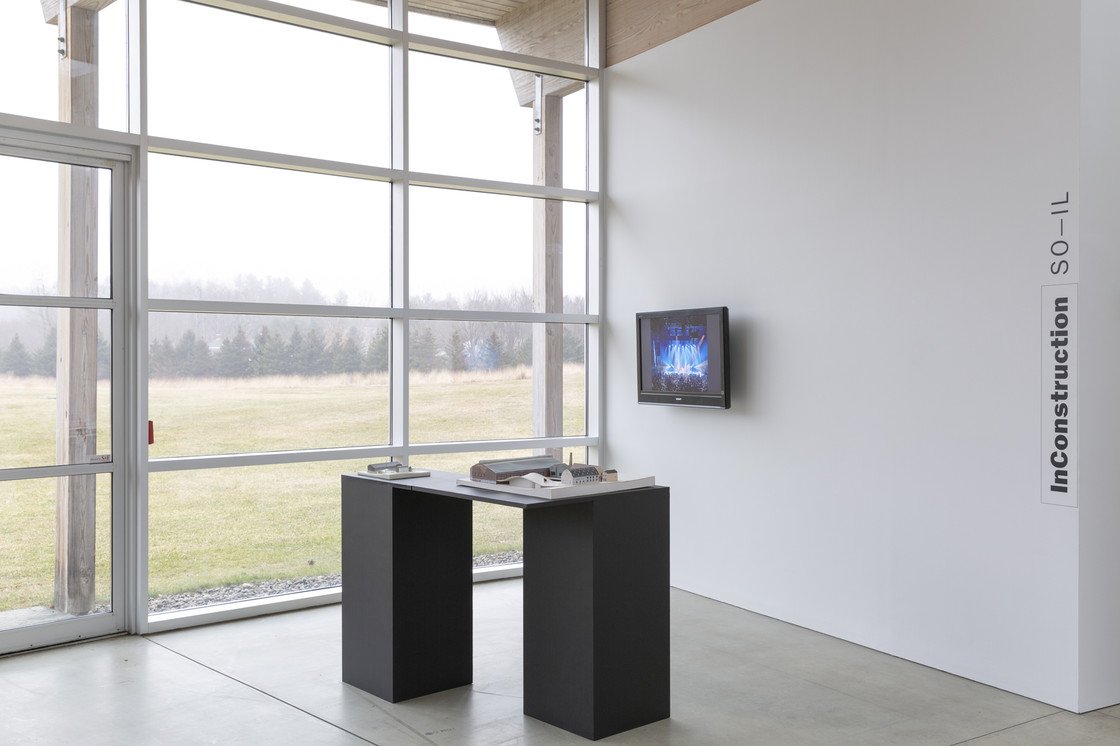 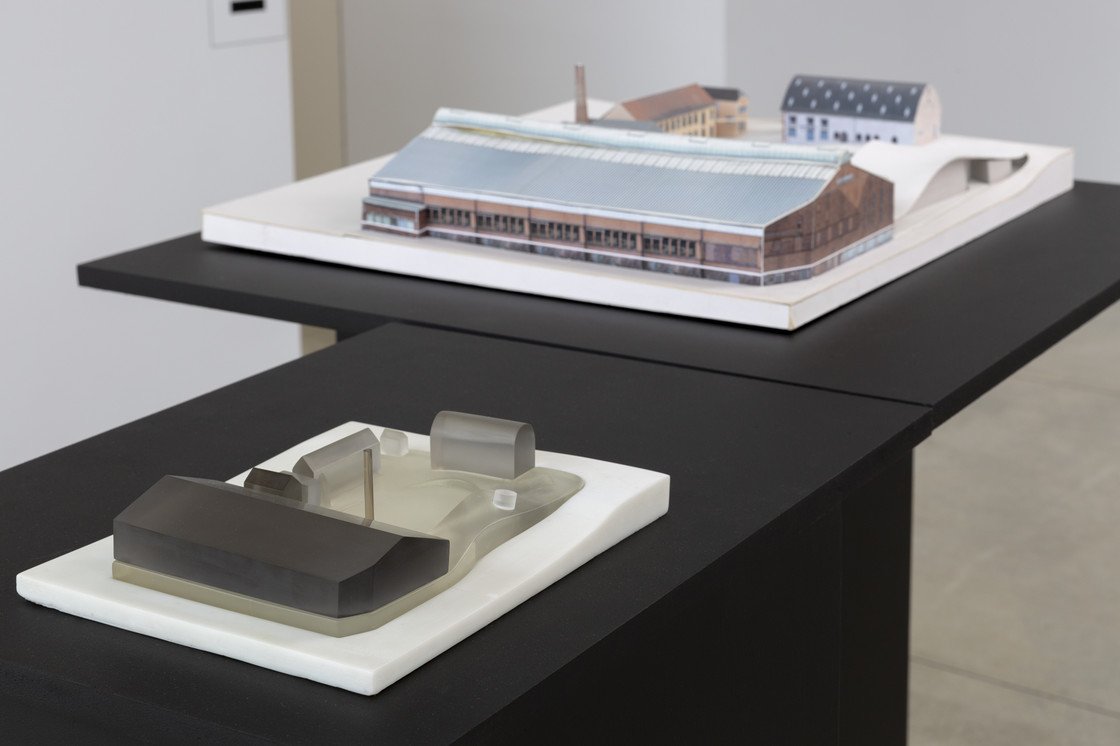 InConstruction: SO – IL presents models, drawings, and recent in construction photographs of Site Verrier de Meisenthal (2015). The French village of Meisenthal is a cultural center with an 18th century glass factory complex, composed of three independent, interrelated institutions. The design and components of Site Verrier allude to Meisenthal’s historic glass production through a rolling, poured-in-place concrete surface. The surface functions as roof, ceiling and wall, connecting the site’s buildings and framing a public plaza. The institutions within Site Verrier include a glass museum; the Centre International d’Art Verrier (CIAV), an international glass art center where traditional craftsmanship meets contemporary practices; and a multidisciplinary cultural space hosting art installations and events.

The design gives new life to this historical industrial site. A pliable concrete “tapestry” clarifies the complex topography and establishes new links between the various activities while creating a central plaza for the site and the village itself. This new public space reestablishes the prominence of the historical site, but also introduces a highly flexible space to host a variety of events. By unifying the landscape, the design reveals and amplifies the unique qualities of each existing structure. The architectural intervention fosters a dialogue with the historic character of the place while defining a new and contemporary identity for the institution.

InConstruction is an intimate exhibition series at Art Omi that focuses on architecture and design projects, by contemporary architects, and presented for the first time in the Hudson Valley region..

SO - IL is an internationally recognized architecture and design firm led by Florian Idenburg and Jing Liu, based in New York. SO–IL creates urban spaces, residences, and workplaces on a variety of scales. SO - IL has been featured in publications such as the New York Times and Architectural Record and has received recognitions including the Curbed Groundbreakers Award and the MoMA PS1 Young Architects Program Award. Their work has been acquired by the Museum of Modern Art and the Art Institute of Chicago.