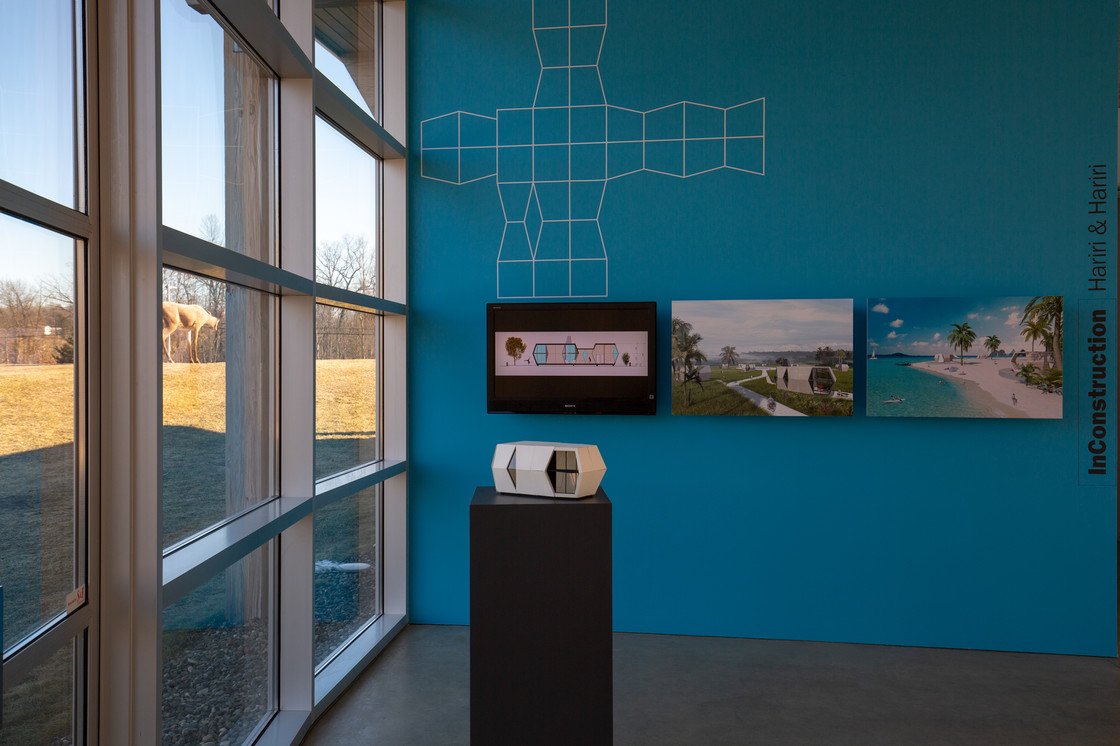 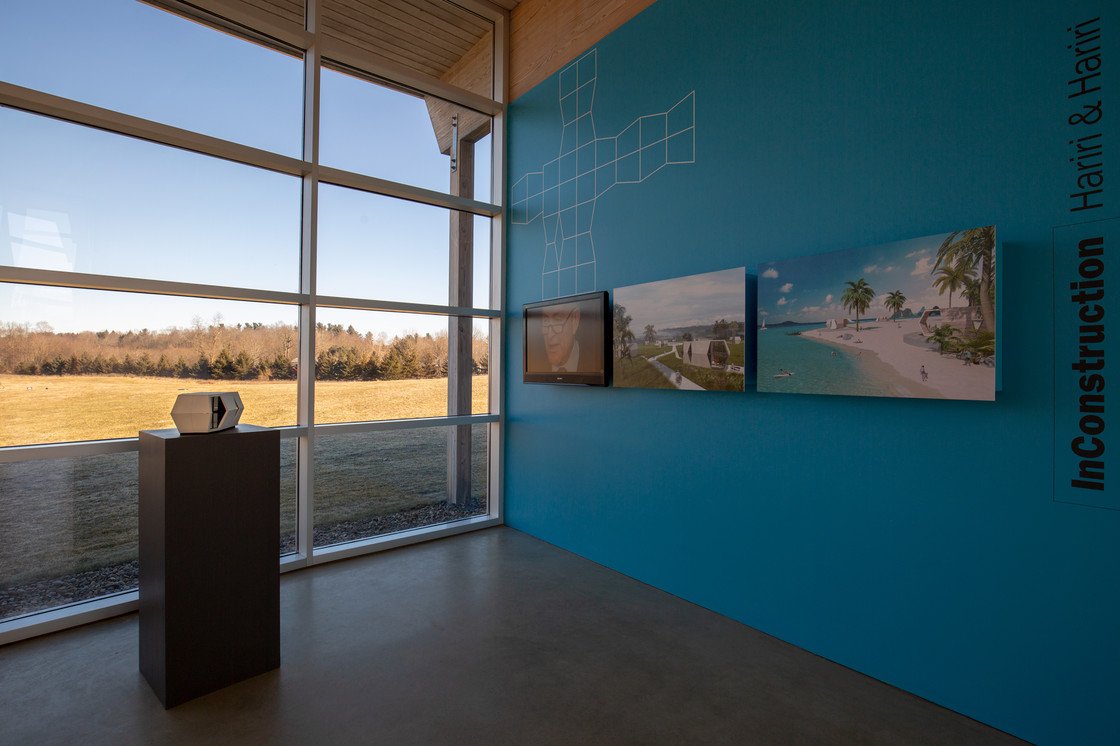 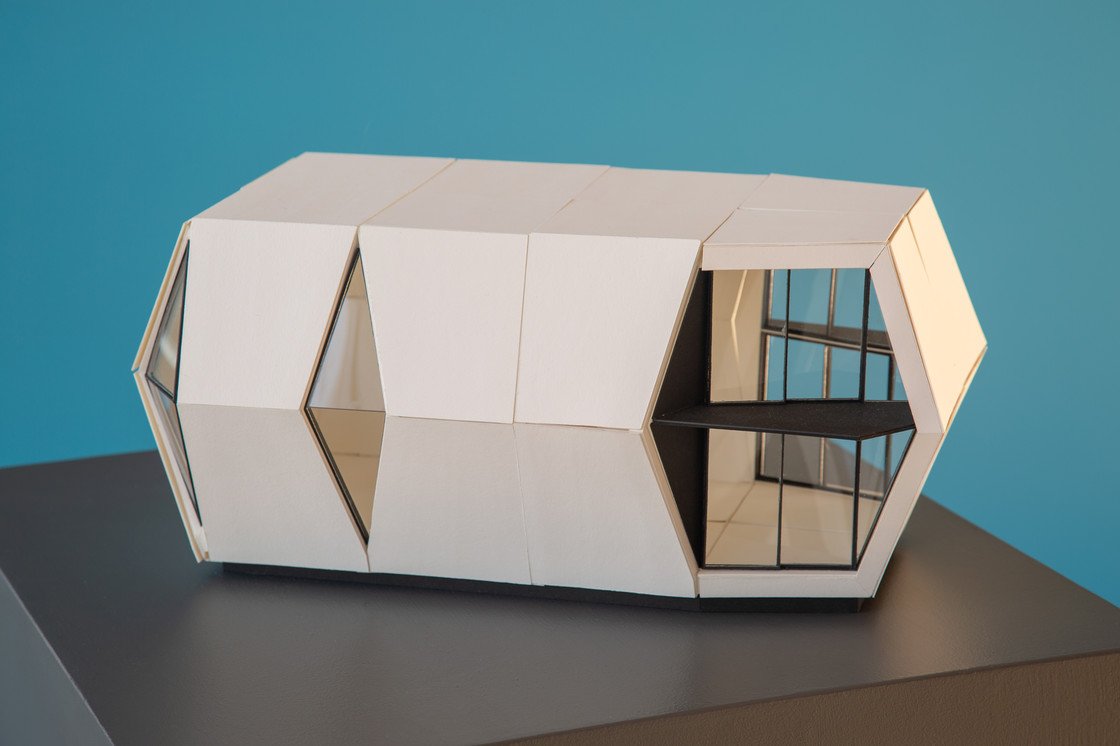 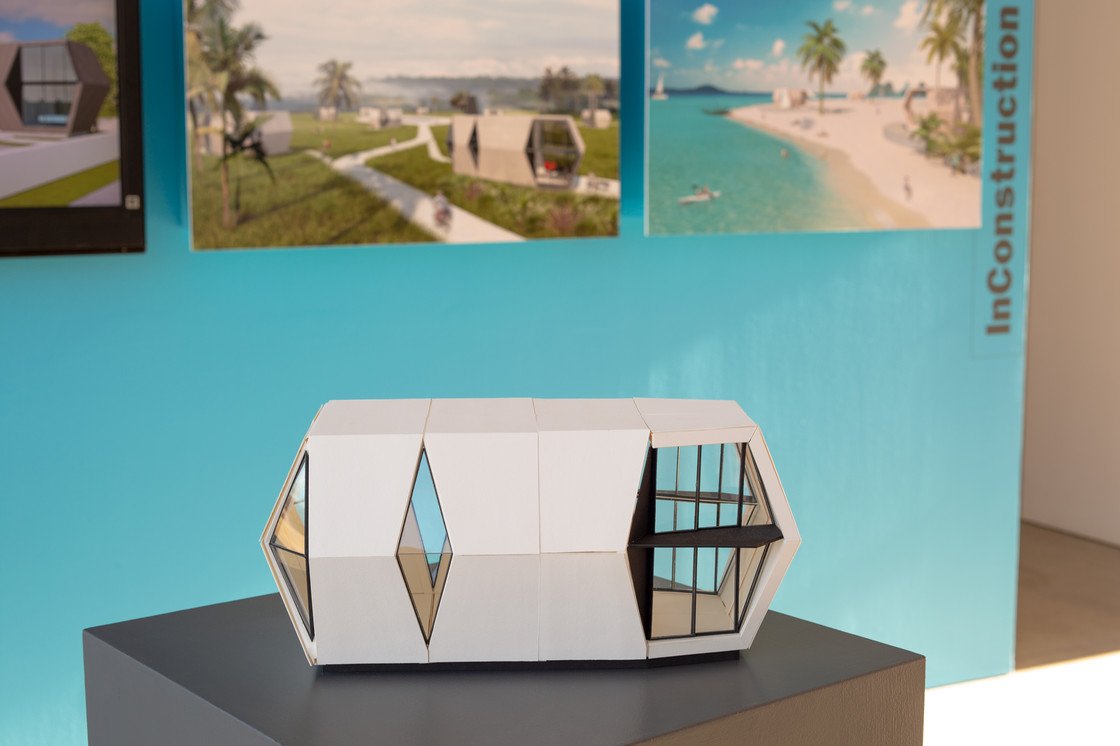 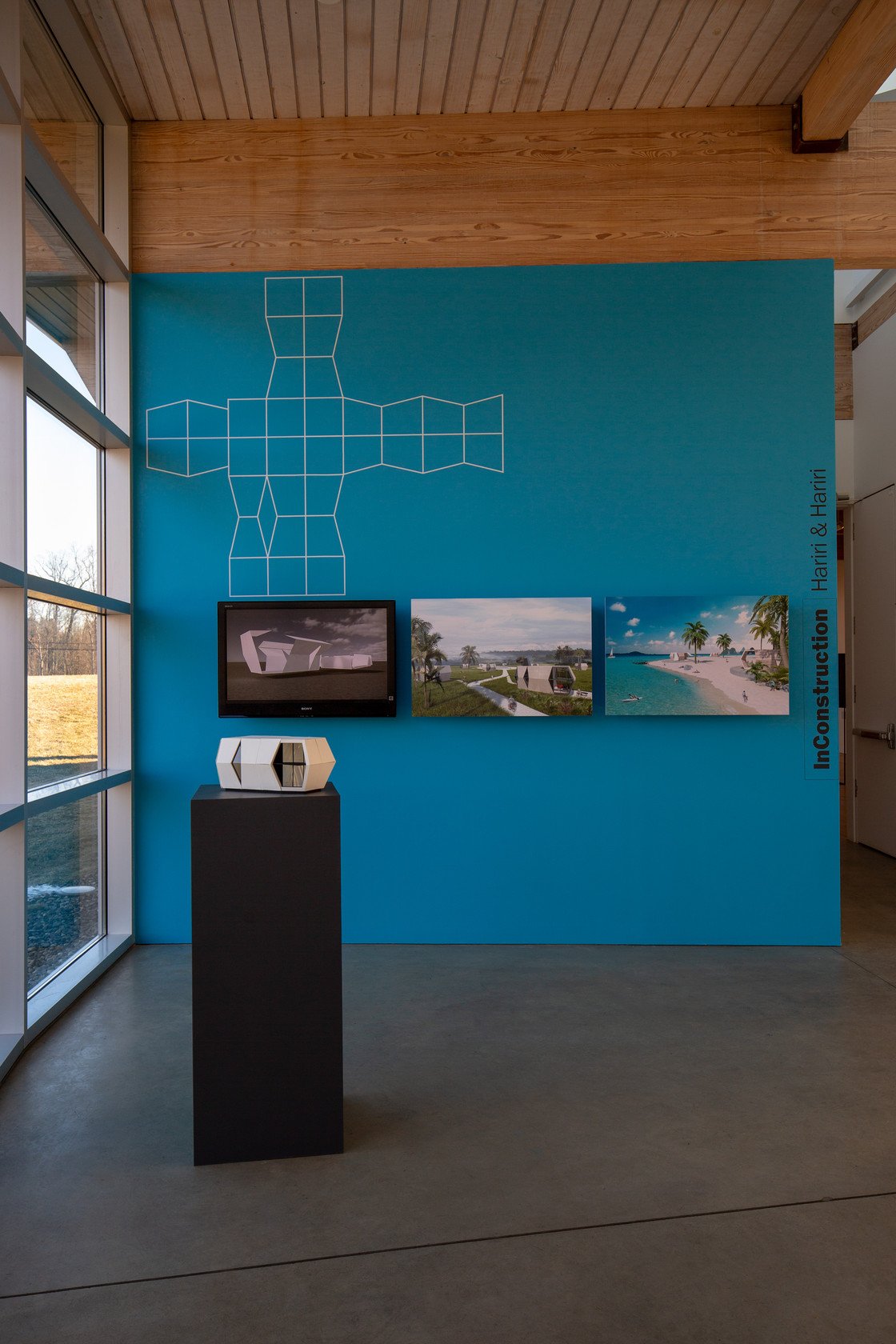 Opening Reception: Saturday, January 12 from 2 - 4 PM in the Benenson Center

InConstruction: Hariri & Hariri presents Folding Pods (2018-2019). This modest, modular, prefabricated pod has been designed with hinged, folded panels to facilitate their shipping and assembly. In its folded-flat configuration the lightweight pod fits on a flatbed truck so it can be transported to any desired location and then un-folded on site. Furthermore, it can be configured and expanded with additional pods into a variety of habitable combinations.

Conceptually, the pod is inspired by Origami, the art of paper folding. It is utilitarian yet sculptural, original, and engaging in its external form and interior space. Exterior materials are glass and Equitone [linea] panels, a unique 3D shaped, through-colored and thin facade material that plays with light and shadow. The idea is to design modules of utility and beauty. Easy to build, easy to transport, and easily affordable. The basic pod can be a refugee or disaster shelter, a woods or beach cabin, assembled into clusters for large music or sports events, and even into a single luxury home. It will be suitable, enjoyable and unique in each of its different conditions.

Gisue Hariri & Mojgan Hariri are the Co-Founder and Principal Directors of Hariri & Hariri Architecture D.P.C., a New York–based multi-disciplinary architecture and design firm established in 1986 by Iranian-born Cornell-educated sisters. Today they are celebrated as two of the most accomplished women in American architecture and design and are described as one of the most progressive and out-of-the-box firms currently working in the United States. Their projects range from luxury residential developments and hotels to single-family houses to high-concept, high-tech experiments. For the Hariris, design is a holistic, boundary-less enterprise ranging from master planning and architecture to interior design, furniture, lighting, product design, and jewelry.

The Hariris have been honored with numerous awards, including the 2015 American Architecture Award from The Chicago Athenaeum Museum of Architecture and Design, and the career achievement award by PAAIA. They received the 2005 “Academy Award for Architecture” from American Academy of Arts and Letters and were inducted into the Design Hall of Fame in 2006. In 2010 they were named as one of today’s greatest talents in Architecture & Design in AD-100 by the prestigious Architectural Digest and In 2014, they were included on the Design Power-100 list by Surface Magazine.