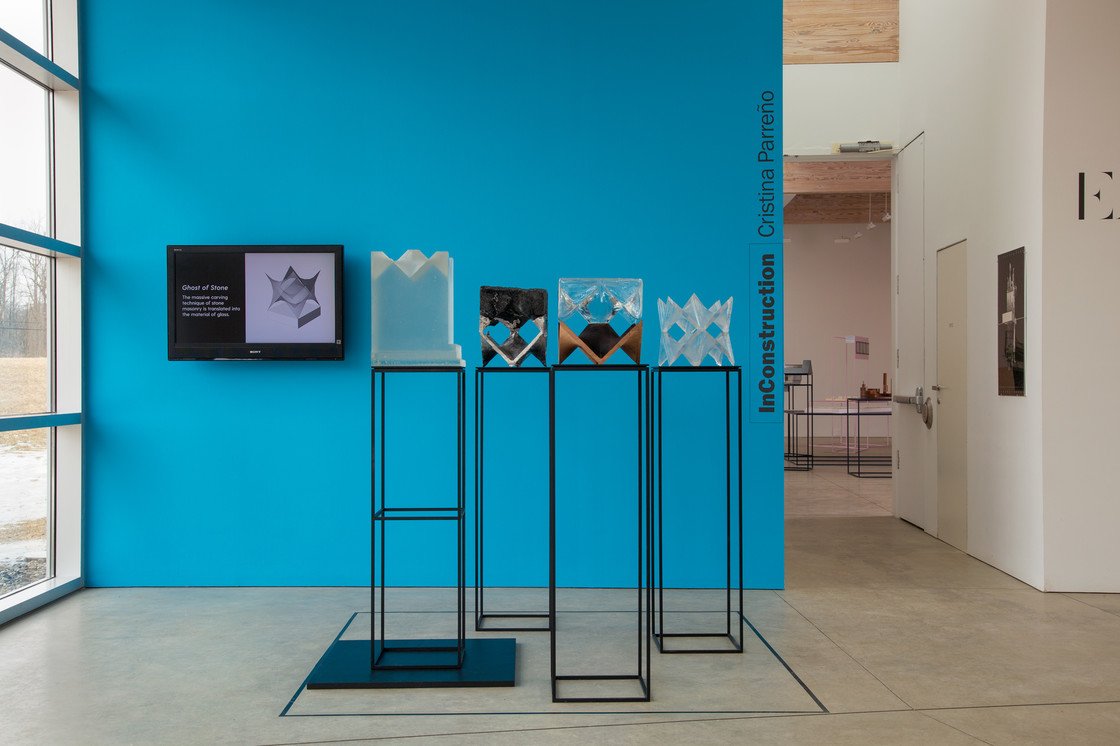 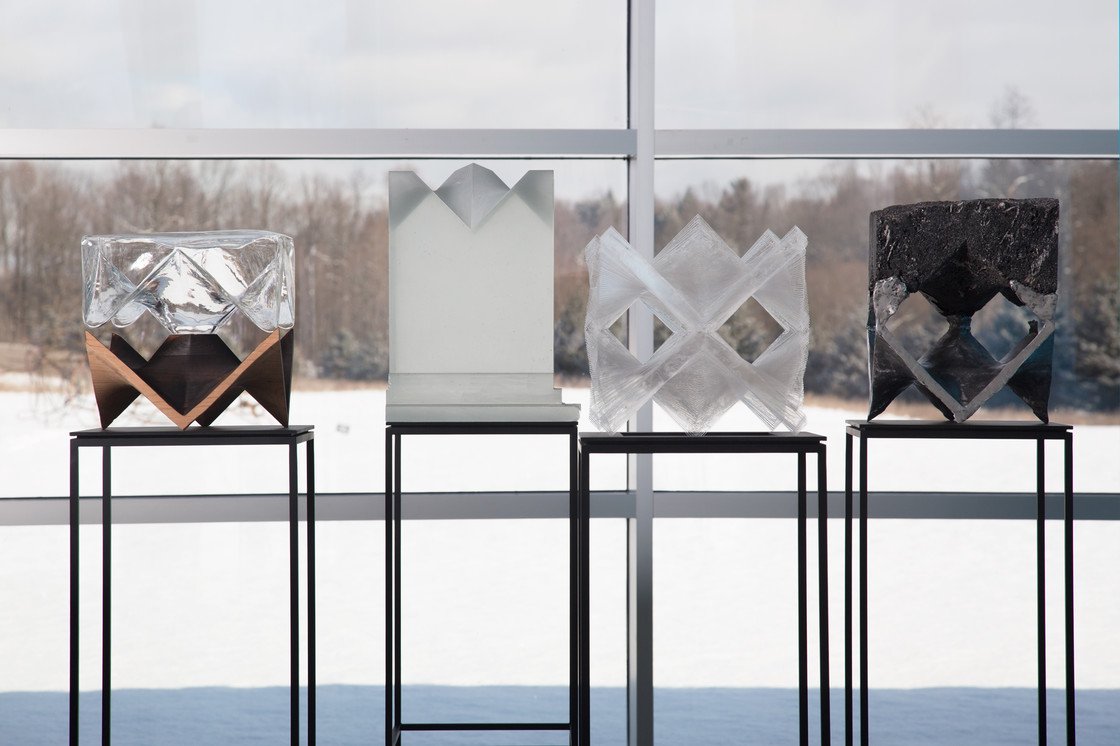 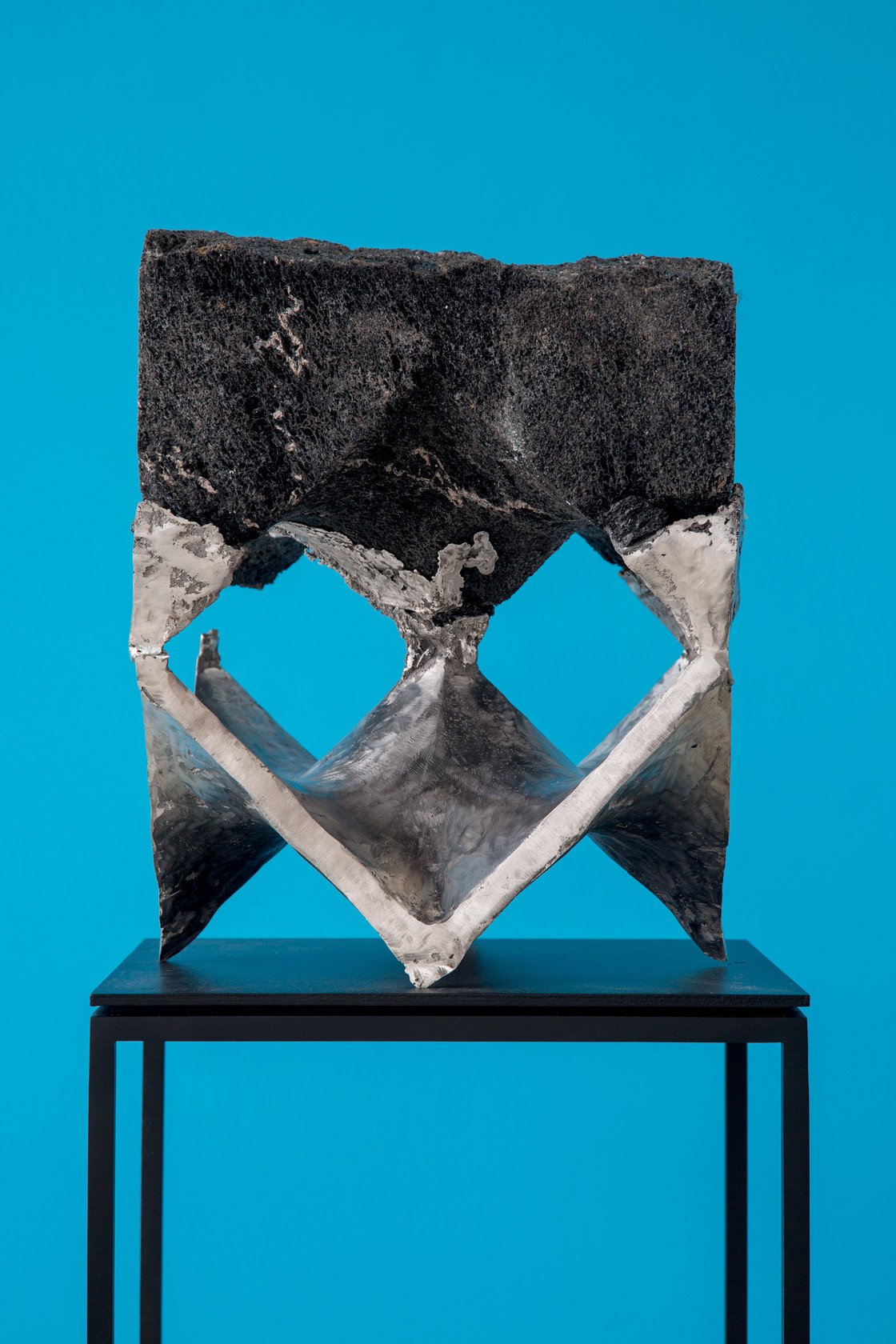 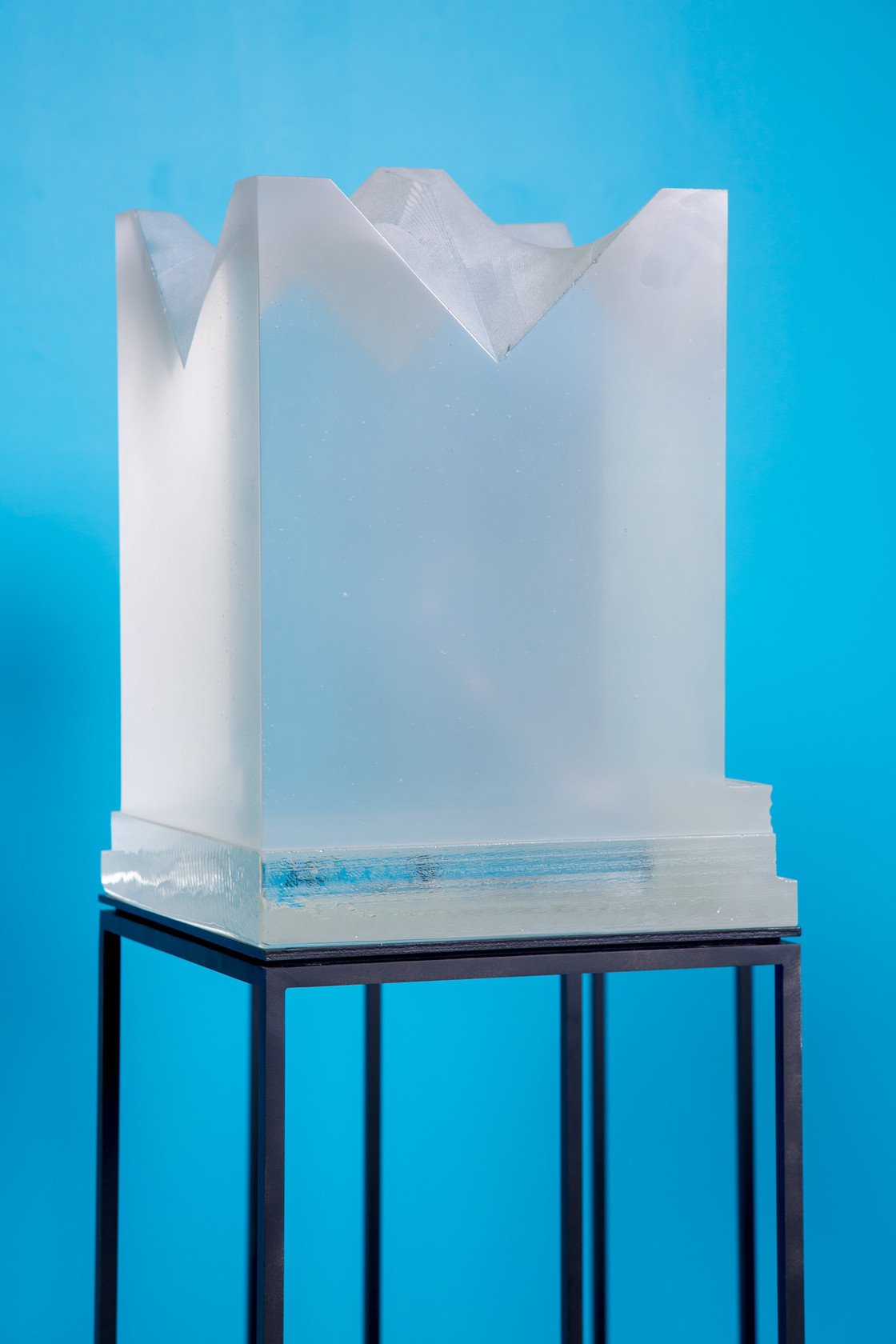 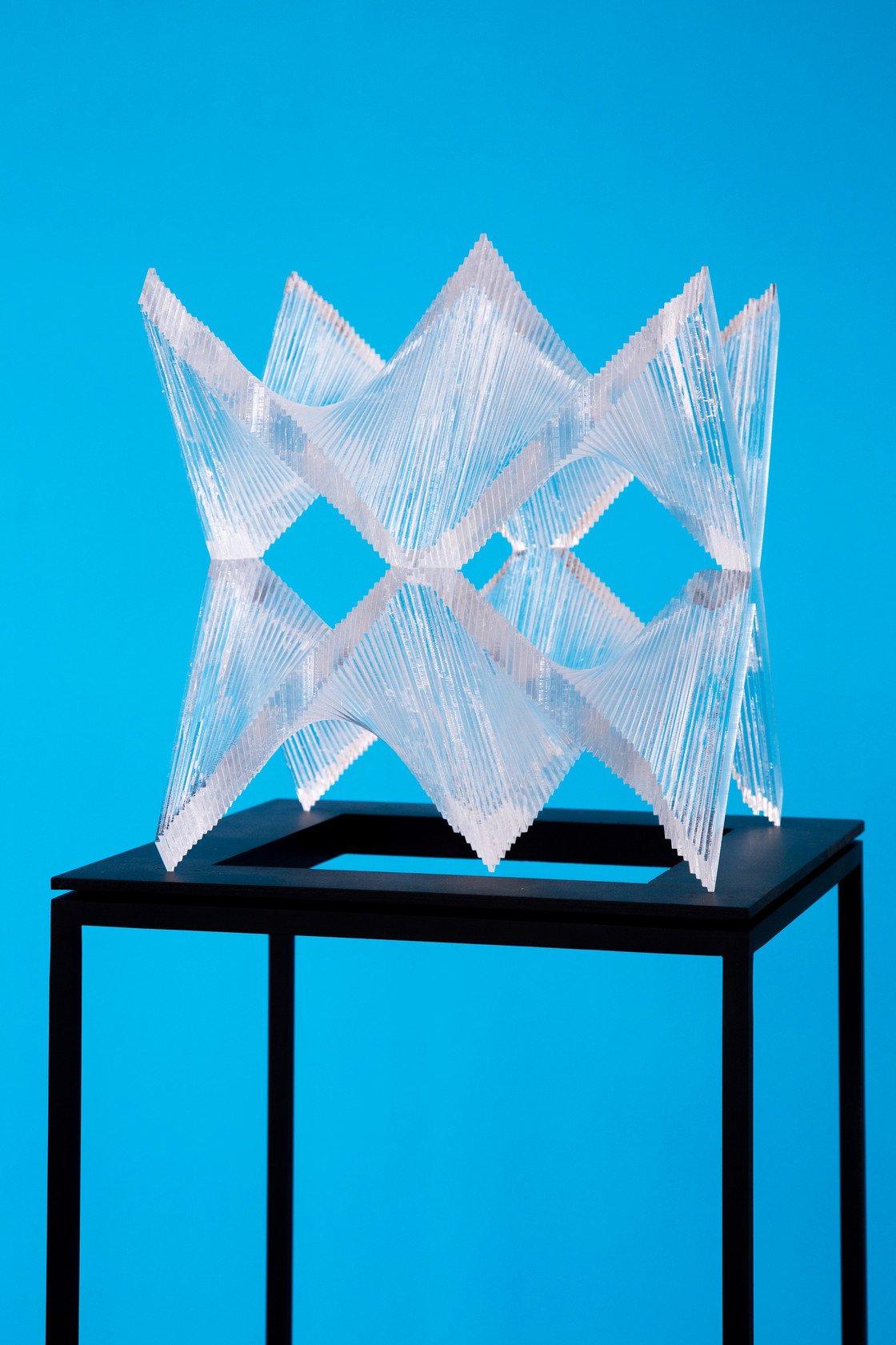 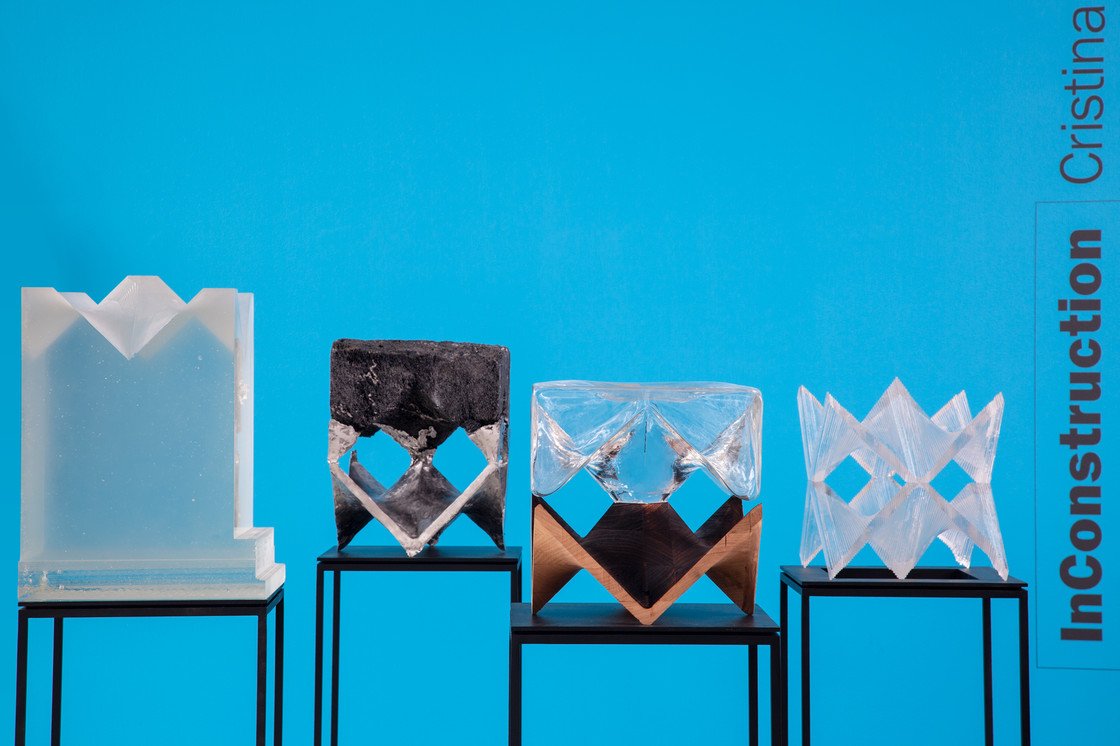 InConstruction: Cristina Parreño presents TransTectonics in Construction, a set of four provocations that challenge conventional processes of material assemblies pushing towards innovation in design research. The prototypes PlyGlass, Ghost of Stone, Rock in Full Metal Jacket, and Wooden Bubble behave as tools for experimentation through intentional mismatches, calculated discrepancies and improbable pairings of materials and tectonics.

InConstruction is an intimate exhibition series in the Kantor Lobby of the Benenson Center at Art Omi that focuses on architecture and design projects, by contemporary architects, and presented publicly for the first time.

Cristina Parreño Alonso is a licensed architect in Spain and UK. She holds a Masters and Bachelor degree in Architecture from the University of Madrid, Escuela Técnica Superior de Arquitectura (ETSAM) where she graduated with honors. Prior to founding her own architectural firm, she worked for Foreign Office Architects in London and in Madrid. Her firm Cristina Parreño Architecture has won several awards and architectural competitions, among others, the 1st prize for the Urban Rehabilitation of the Business complex AZCA in Madrid, 1st prize for the VIP Lounge at ARCO Madrid; 3rd prize for the Housing Competition for Young Architects J5 in Spain and Mention in the National Library of Slovenia. Her work has been published in newspapers like El País and El Mundo and in several architectural magazines.

She has taught design studio at the State University of New York at Buffalo, at Harvard GSD and she currently teaches graduate and undergraduate design studios at MIT School of Architecture and Planning. She received the “Europe 40 under 40 Design Awards 2014”. She was selected one of the four emerging firms for the “Design Boston Biennial 2015” where she exhibited one of the pieces of her current research “Tectonics of Transparency”. And she has won the 1st price in a public contest by the City of Boston to design a Public Art Intervention in Hyde square 2017 where she will build her project “Glow”.