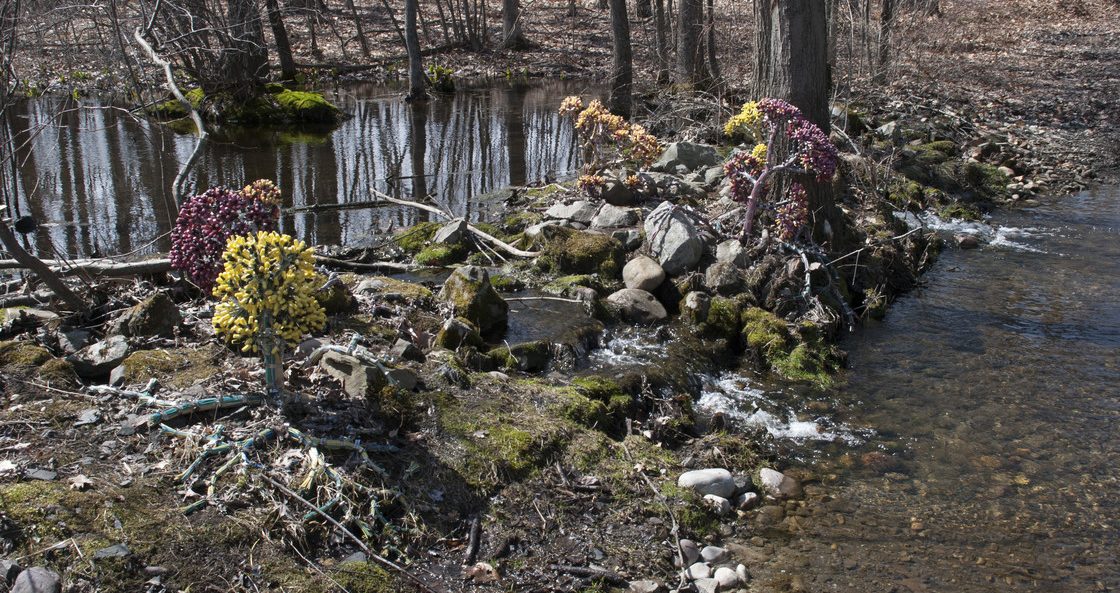 Hyungsub Shin is an interdisciplinary artist who works in outdoor installations, painting, and indoor sculptures. His works are repetitious in pattern and material, often creating these interlocking, hive-like structures of form almost reminiscent of the human and animal neurological systems. He works in multiples and uses modern materials of plastic, wood, concrete, paper, and for Electree: actual electrical wire with colorful clamps and wire nuts. This system of linked wires and modules sprawl across a sanctioned wooded area, a small landscape of man-made nature among the serene backdrop of the back woods (complete with running stream) at Omi.

Hyungsub Shin received his BFA at Hong-Ik University in Seoul, South Korea in 1996, and subsequently his MFA from SVA in NYC in 2000. He has been awarded a multitude of honors, residencies and awards throughout the years, and has exhibited internationally between the U.S., South Korea, and China since the late 1990s.