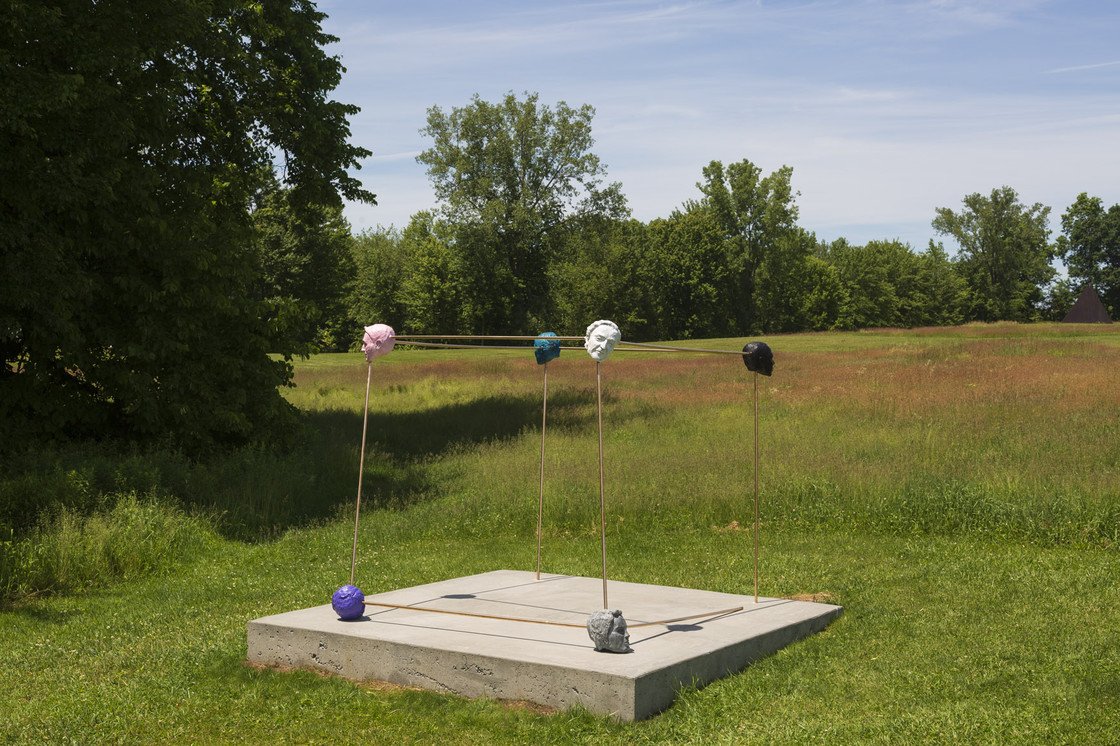 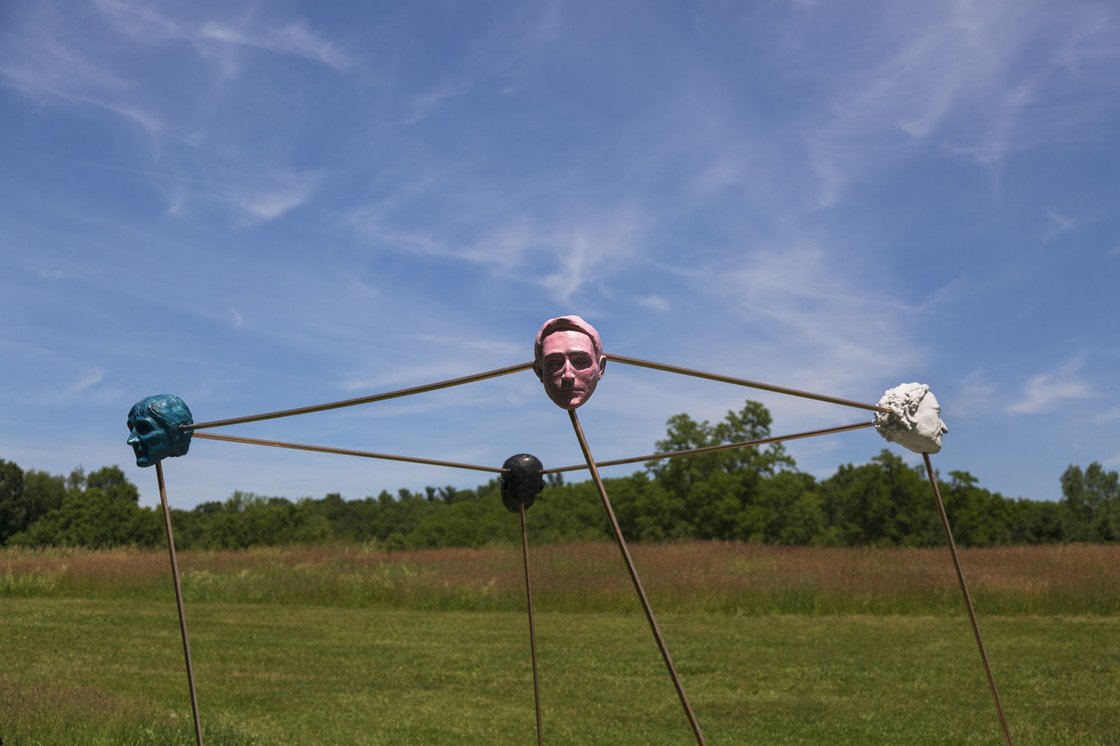 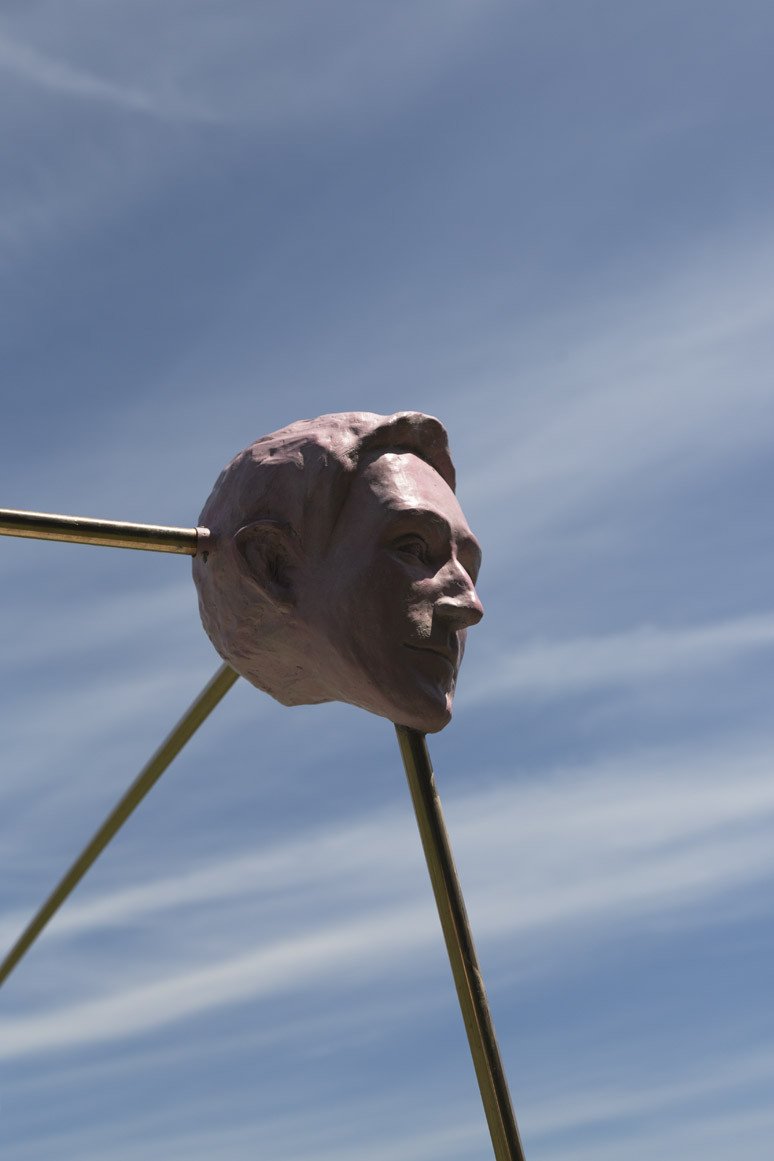 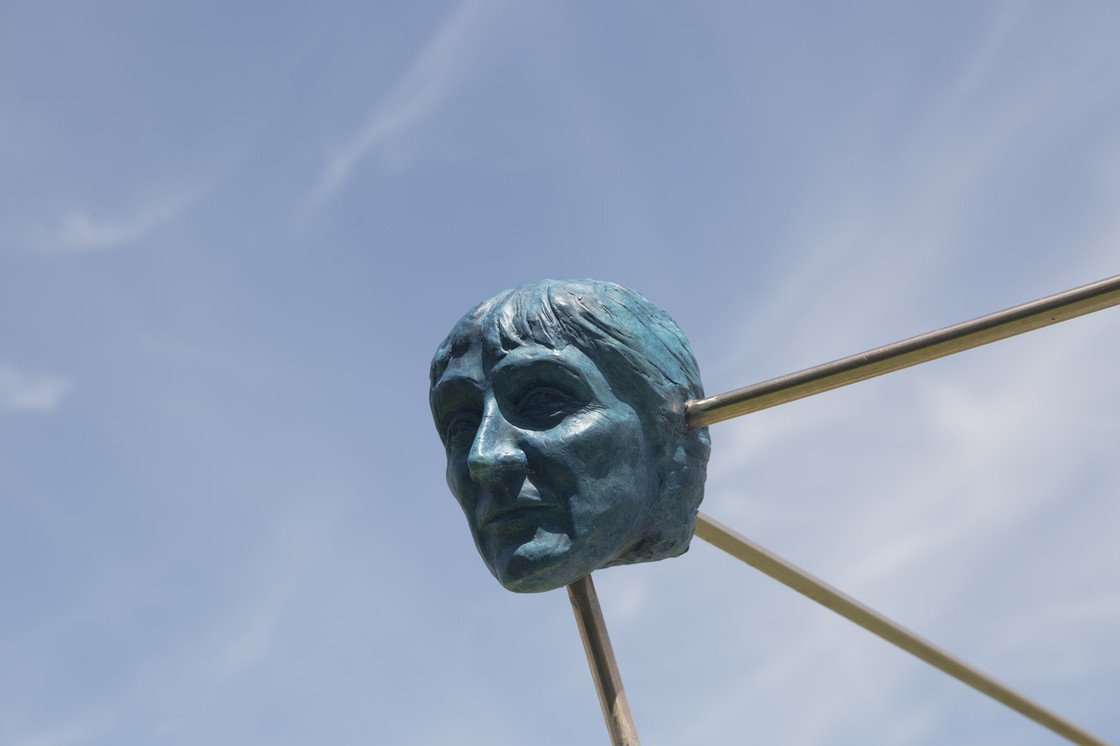 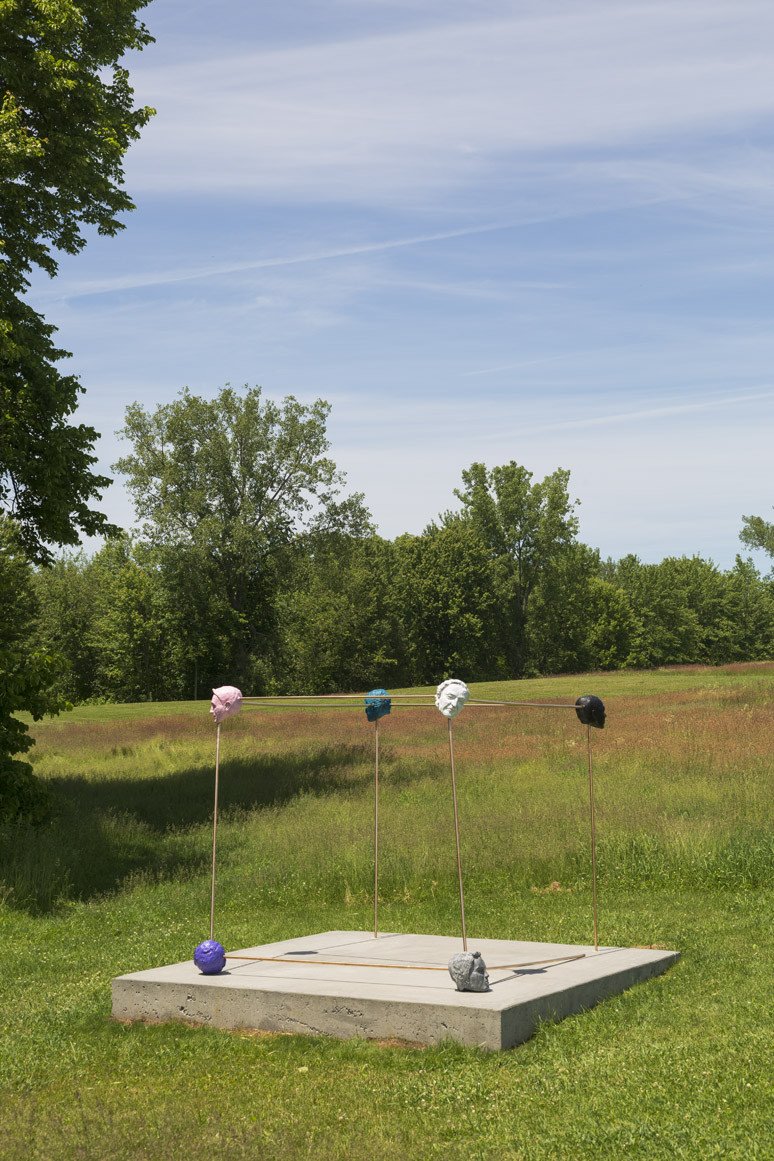 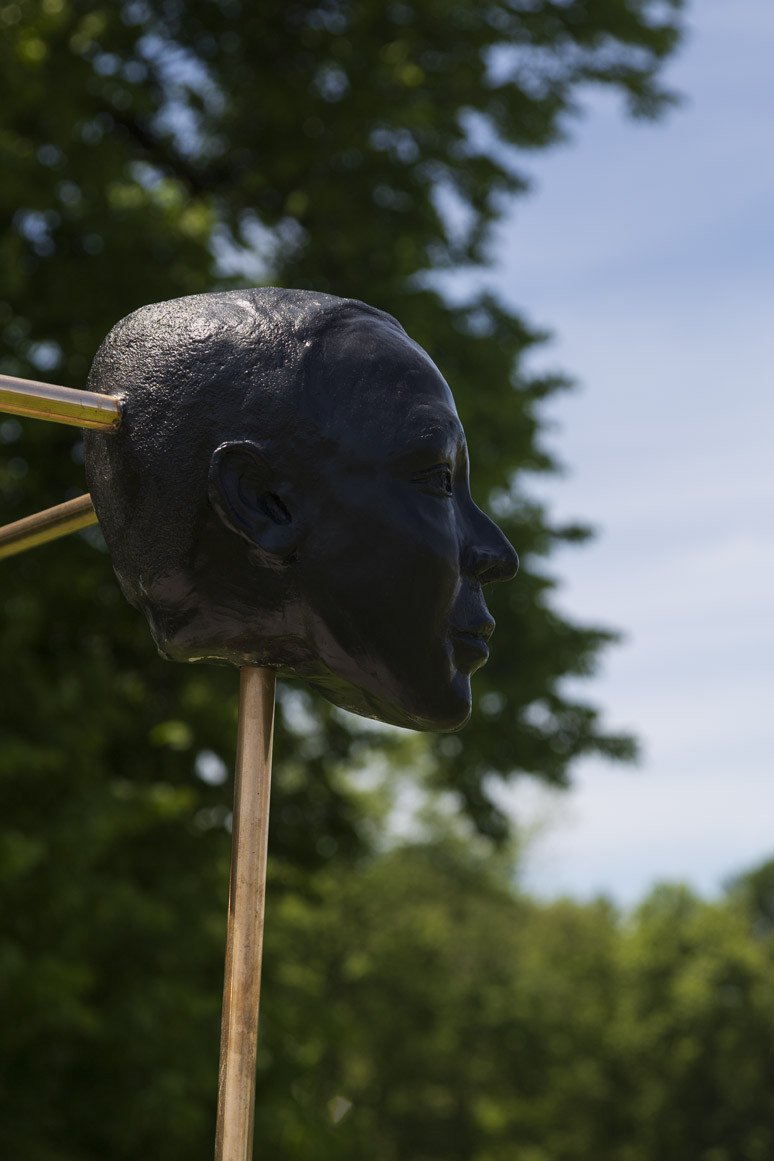 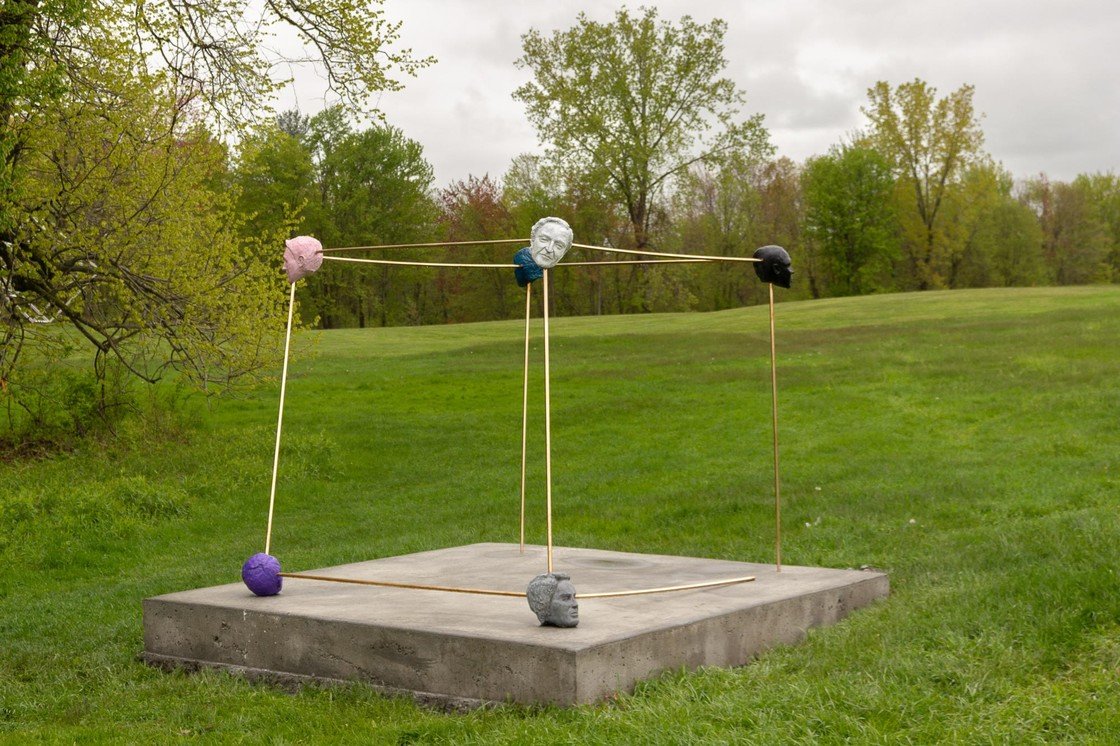 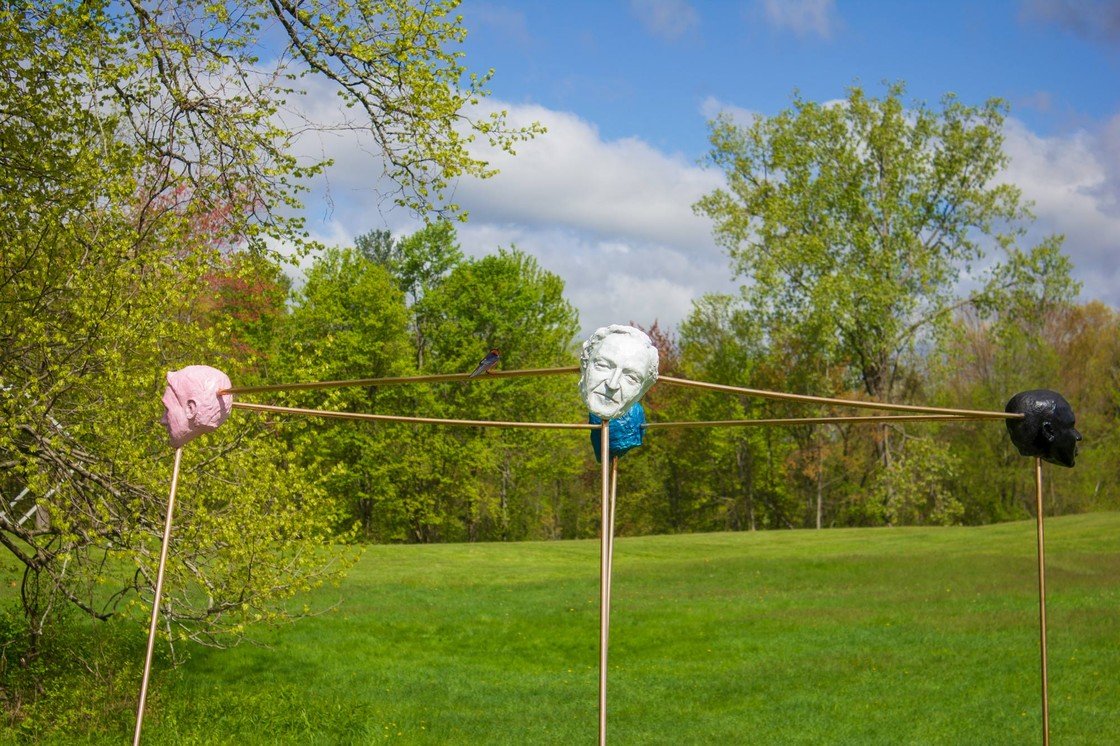 This large-scale sculpture, part of an ongoing series titled International Institute of Intellectual Cooperation, imagines encounters between a wide-ranging group of thinkers. The series takes its name from an intellectual advisory body founded in the 1920s to provide counsel to the United Nations. Like the eponymous institute, Macuga’s series spans histories and disciplines, and includes artists, philosophers, mathematicians, and spiritualists—all of whom have influenced our understanding of the complexities of human nature. Each configuration in turn proposes a trans-historical conversation between those who have contributed to similar topics of thought across various moments in time.

The Polish-British artist Goshka Macuga (born 1967) works in the field of installations, using media as varied as photo collage, sculpture, large-format tapestry, video and performance. She is known for her diverse approach that extends to the curatorial and the narrative. Using extensive artistic research, she develops storylines for her works and exhibitions in which she combines fiction and history. Her “materials” are pivotal moments in human history, as well as works by other artists, which she stages in playful displays. Macuga is interested in the myriad connections within cultural history, especially that of the international avant-gardes of the twentieth century.