Exhibitions/Foon Sham: Vessels on the Field 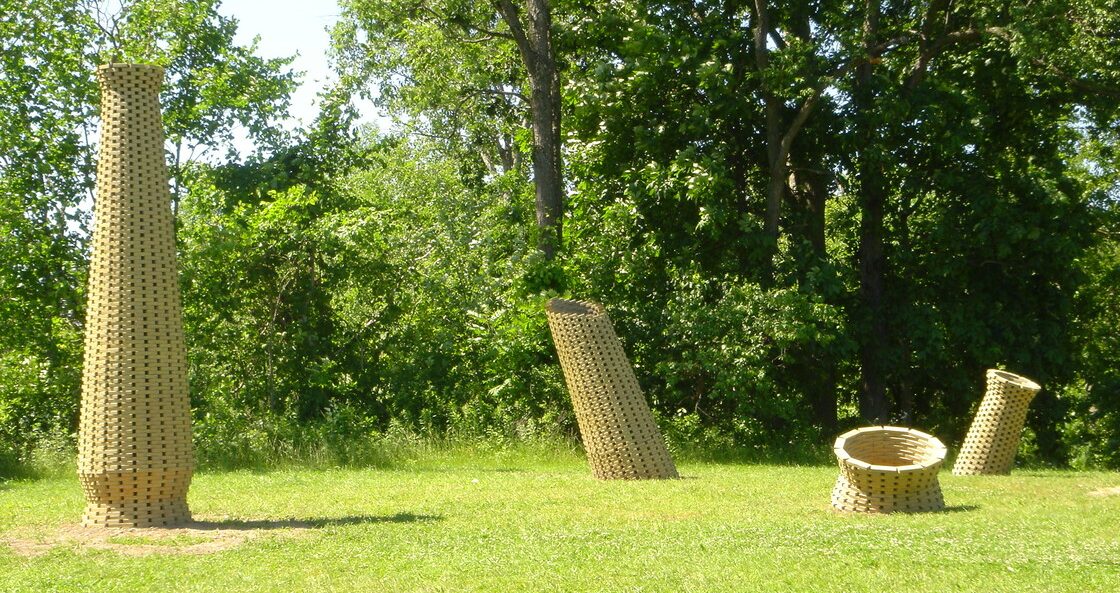 Foon Sham is an internationally recognized mutli-disciplinary artist. Along with using an array of media to create three-dimensional forms and structures, he creates two-dimensional works using charcoal, pastel and watercolor. His larger scale structures are interactive and encourage the viewer to walk in and around the work. His use of wood in this isntance creates a sense of confusion when it comes to recognizing the media; one is used to bricks being made of stone, and not necessarily wood. These meticulously measured blocks are all the same size, stacked and fastened to create these "vessels", some protruding from the ground in an awkward haphazard manner. This work is reminiscent and a reminder of ancient ruins of times past, lasting through centuries of war and weather. The pattern created by the bricks laid out in a circular manner is pleasing to the eye, giving the illusion of a solid, monumental and long-lasting work of sculpture.

Foon Sham was born in Macao, China in 1953, and arrived in the U.S. in 1975. Sham received a BFA from the California College of Arts and Crafts, and a MFA from Virginia Commonwealth University. He has had 27 solo exhibitions in the Washington Metropolitan region and in New York, Ohio, Delaware, New Mexico, Canada, Norway, Mexico, Australia and most recently in Hong Kong. His work has been included group exhibitions at The Corcoran Gallery of Art, the Art Museum of the Americas in Washington DC and Virginia Museum of Fine Arts. His work is part of numerous public and private collections world-wide. He is professor of Art at the University of Maryland, College Park.