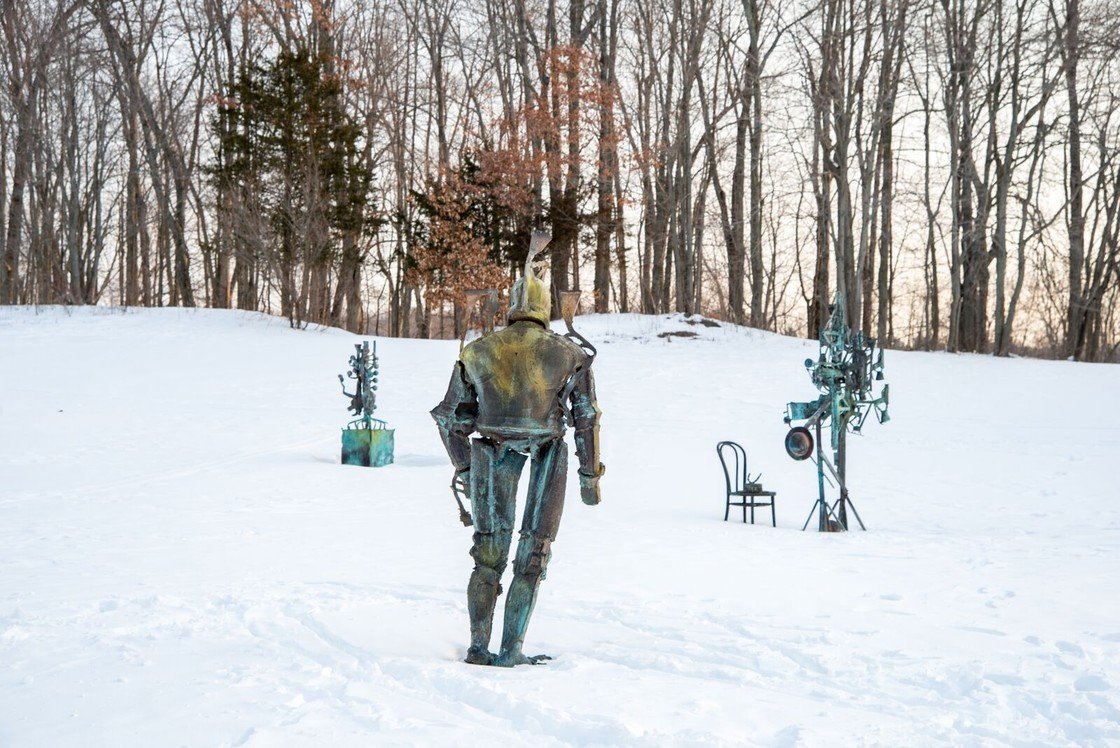 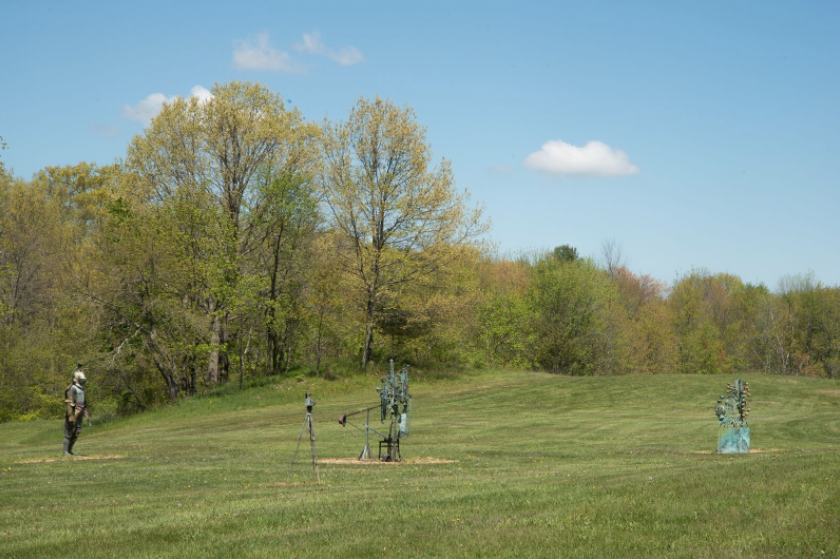 Folkert de Jong's body of work consists of themes dealing with war, greed, power and tragedy. In these four large-scale bronze works, recognizable objects begin to emerge through the colorful patinas and unrefined surface treatments. Armor, machine guns, a severed head and a pointed camera-with-telescope-attachment all seem to coexist in an almost story-tale metaphor for aggressive absurdity. These statuesque, raw, and malevolently evocative sculptures react in conversation with one another, existing in the same stylistic plane on the landscape.

The placement of these works outdoors in the park provides an intriguing alternative to viewing these works in the white walls of a gallery. The surrounding space of green (in the winter - snow), activates these works and adds to the anachronistic manner in which they appear to stand like soldiers or sentient, fantastical beings.

For de Jong, the sculptural technique used in fabricating these works is essential to his conceptual process. Rough edges of bronze "flashing" and pour channels, evidence left from the molten bronze casting process, remain intentionally untouched by the artist. These bold linear forms, combined with the subtle yet comprehensive surface treatment, provide the works with a tactility that allows the viewer to explore the process that occurs between the artist and his medium. These aspects in Old DNA for example, (cast from a 3D-scanned suit of armor belonging to Henry VIII) evoke an external system of tubes, wires, or channels that appear to emerge from the suit.