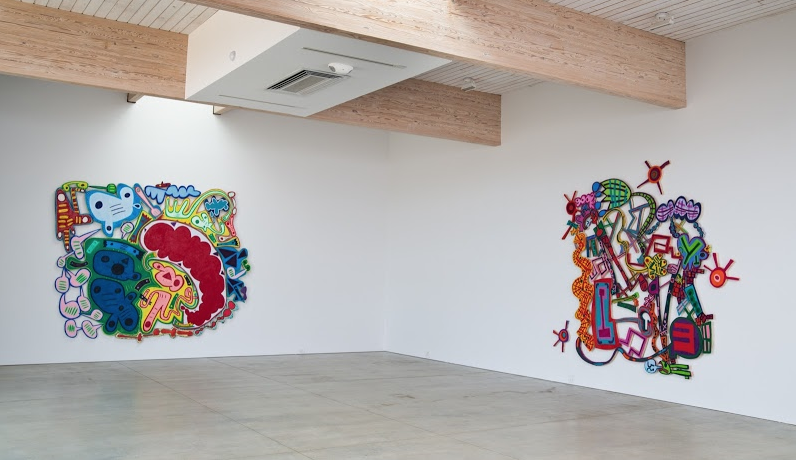 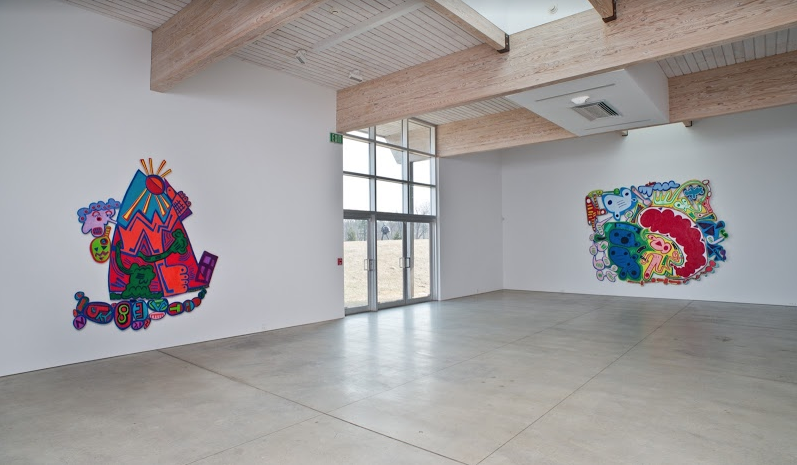 Elizabeth Murray's process in creating these large-scale paintings involves multiple overlays, abstractions and an encoded vocabulary of pictures, letters and archetypal symbols. Murray's paintings burst with lively excitement, at the same time maintaining a sense of stability and order. Reminiscent of pop art sensibilities, there is an element of fun and a type of graphic cubism happening in these energetic works. Her paintings provide a strong sense of sculptural qualities, and are distant reminders of the three-dimensional wall pieces of Rauschenberg and Rosenquist. Often one to three inches thick, these works contain several opportunities of negative space, where the bridges of canvas seem to float off the wall. Her brush strokes are painterly and with the repetition of triangles, circles and squares often come together to create landscapes, still lives and vibrant expressive situations.

Elizabeth Murray was born in Chicago in 1940, received her BFA at the Art Institute of Chicago in 1962, and subsequently an MFA from Mills College (Oakland, CA) in 1964. She has held several teaching positions throughout a number of American universities and colleges including Bard College (Annandale-on-Hudson, NY). Murray's work has been included and exhibited in nearly sixty solo exhibitions throughout the world since her debut at the Annual Exhibition: Contemporary American Painting at the Whitney Museum of American Art in 1972. She has participated in six Whitney Biennial exhibitions since 1973, and in numerous group shows in institutions and galleries throughout the world, including the Dallas Museum of Art (Dallax, TX), Gallery Mukai (Tokyo), and Galerie Jahn und Fusban (Munich) to name a few. Works by Murray can be found in over forty public collections in the United States, including the Museum of Modern Art (New York, NY), the Solomon R. Guggenheim Museum (New York, NY) and the Carnegie Museum of Art (Pittsburgh, PA). Elizabeth Murray passed away in August, 2007.