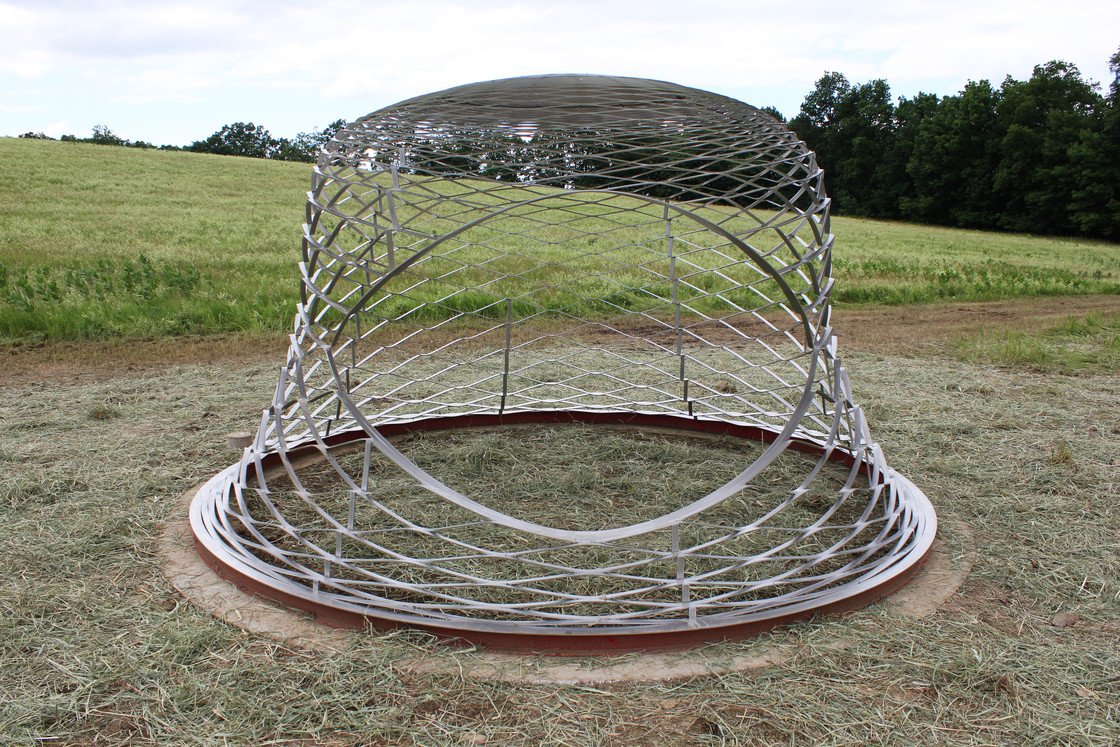 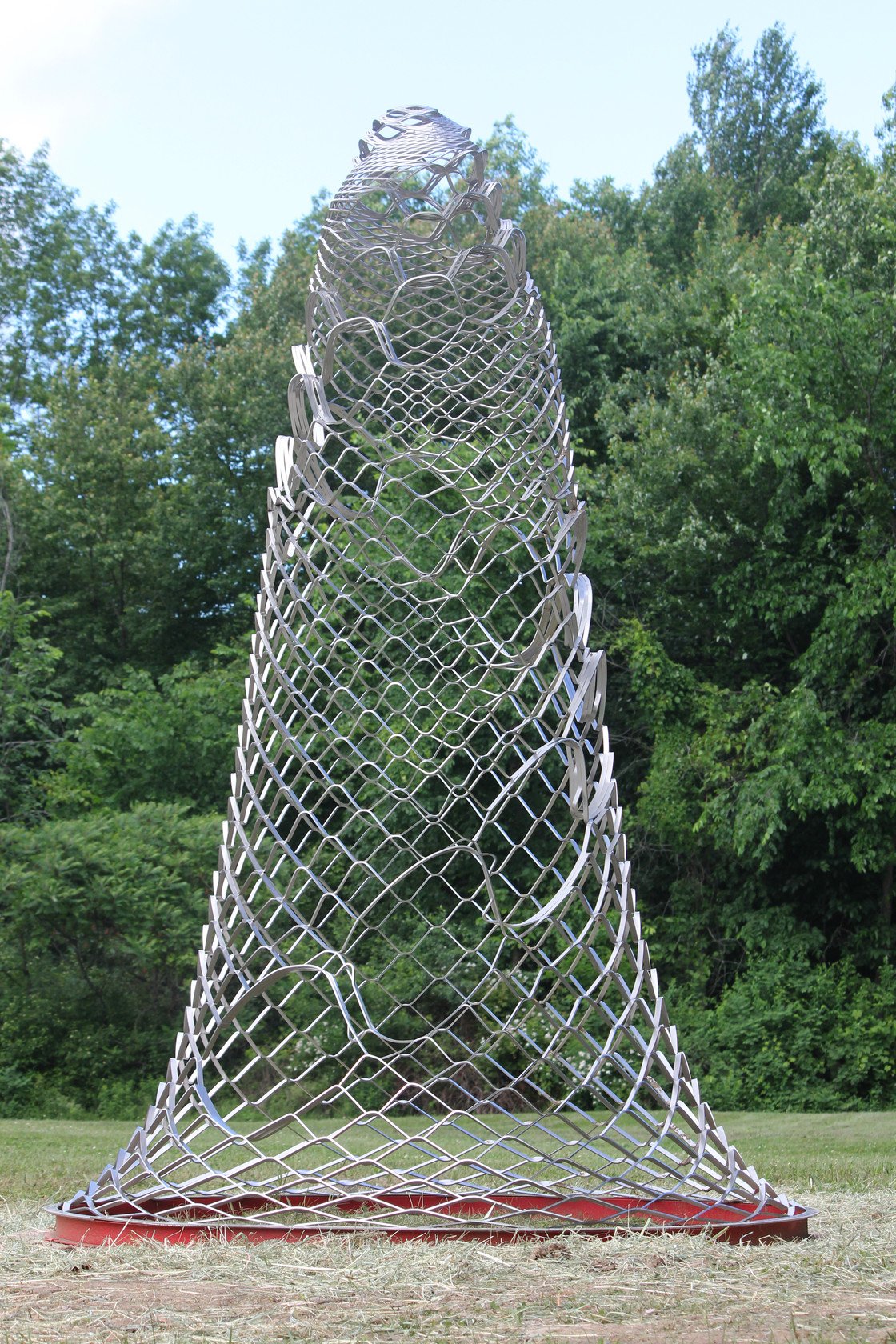 Artist, scientist, architect, and Professor at Pratt Institute Dr. Haresh Lalvani creates aesthetically stunning sculptures derived from natural designs, generative principles and mathematical codes. He will have one piece in The Fields Sculpture Park and another on the grounds of Architecture Omi.

For over 30 years, Lalvani, who specializes in morphology, has researched shape codes akin to our own genetic DNA makeup. He's developed new computational approaches based on genomic and coding methods that allow forms to self-generate – a technology that has great potential in the field of industrial design. Lalvani works with renowned metal fabricator Milgo Bufkin - who has created for leading sculptors including Richard Serra, Robert Indiana, Donald Judd, Jeff Koons, Sol Lewitt and Matthew Barney to create striking sculptures that also happen to pose questions about the way we design, fabricate, and assemble our built environment.

Said Steven Mesler in a piece for the Huffington Post,"Most of us think in three dimensions - a few of us in four. He thinks in hundreds and still manages to maintain normal relationships with the rest of us."

At his solo exhibition Mass Customization of Emergent Designs at Moss Gallery at Design Miami in 2011, Dr. Lalvani was widely acclaimed for using an algorithm to create 1,000 design variations of a common fruit platter out of a total of 100,000,000,000 possible designs before the computer crashed. Similar to the often-used analogy of the unique snowflake, each platter was created with the same technology but preserved its inherent uniqueness. Used in this way, one can see how Lalvani's work – which operates at the cross-section of art, design, and technology – creates solutions for digital production in an era where customization and uniqueness is desired more than ever.

Dr. Haresh Lalvani is a tenured professor of Architecture at Pratt Institute where he is also the co-director of the Center for Experimental Structures. His work has been supported by NASA, NYSTAR, NEA, and the Graham Foundation, among others, and he received the Pioneers' Award from the Space Structures Research Center, University of Surrey, UK. Lalvani's signature sculpture, SEED54, was an 8-foot-tall, laser-cut folded stainless steel piece installed on 6th Avenue and 54th Street in Manhattan. His work is in the permanent collection of the Museum of Modern Art and solo exhibitions have been held at Design Miami 2011. Lalvani was a speaker at TED2004 (Monterey, CA) and at TEDxBrooklyn 2010. He is currently commissioned by MTA Arts for Transit, New York City's official subway and rail public art project, and Pratt Institute's Sculpture Park (Brooklyn, NY).