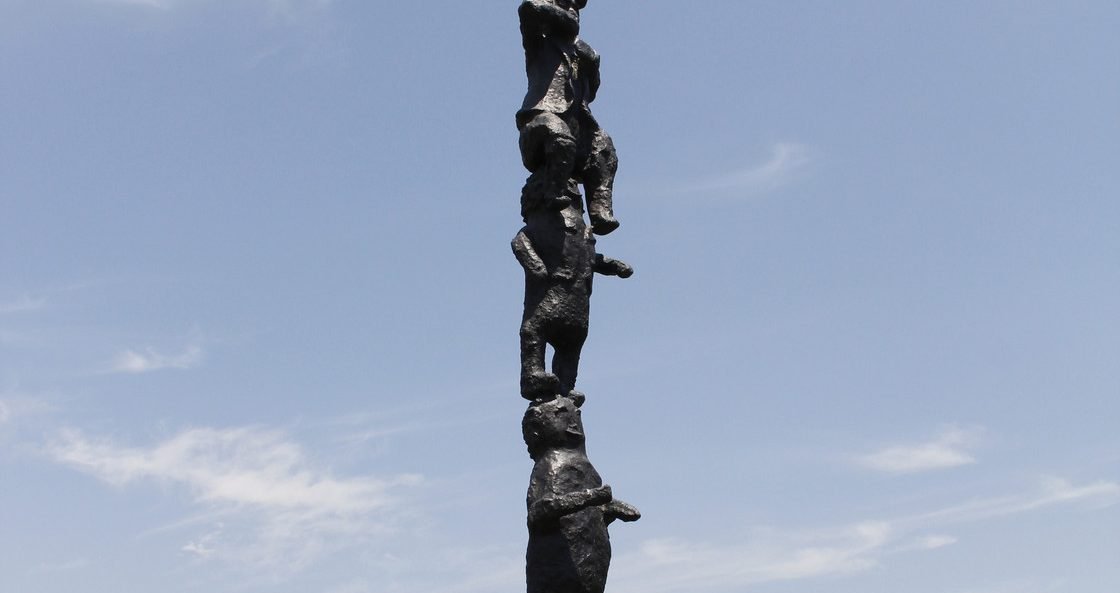 Donald Baechler was a contemporary multi-disciplinary American artist. His creative process began parallel to his vast collection of popular images and objects, archives filled with years of photographs and clippings that are cumulatively called, as Baechler puts it, an "illusion of history." Throughout his career, Baechler amassed a cast of characters who are propelled into a world of playfulness, told through a range of materials from painting and silk-screening to bronze works and murals. The use of humor and wit creates a metaphorical language that alludes to nostalgia and "that period of life before the rivening onset of self-consciousness and guilt" (Stephen Vincent, Art in America, 2005).

Donald Baechler was born in Hartford, Connecticut in 1956. He attended the Maryland Institute College of Art from 1974-77, and Cooper Union from 1977-78. He lived and worked briefly in Germany, and then moved back to NYC in 1980. Work by Baechler has been included in solo and group exhibitions internationally since 1980, in institutions and museums including the Museum of Modern Art in NYC, Galerie Forsblom in Helsinki, Gallery 56 in Budapest, the Whitney Biennial, Kunsthalle Basel, and the Corcoran Biennial. He has been featured in several publications including The New York Times, Art in America, and more. Works by Baechler are included in public collections in institutions and museums including but not limited to the Museum of Modern Art in New York City, Philadelphia Museum in Philadelphia, and the Collezione Maramotti in Italy.