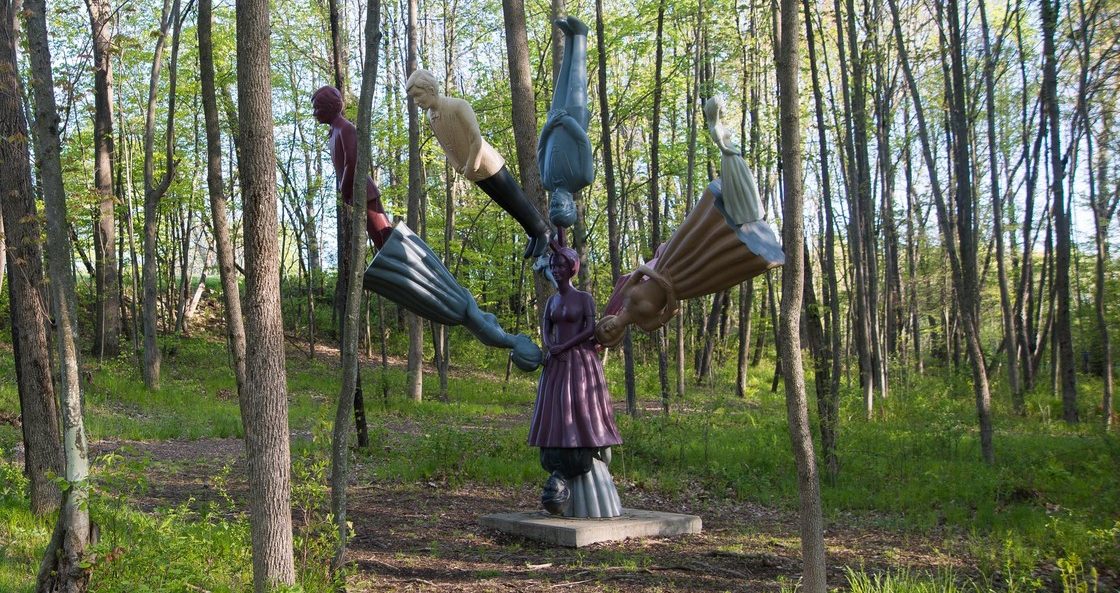 Marriage Tree is one of several commissioned pieces of a series. These fiberglass forms of nondescript "brides" and "grooms" are affixed to a steel pipe armature, and present concepts of relationship and balance. The elements of fantasy and humor coincide with Oppenheim's experimenting with subject and material, and his mastery of conceptualism.

Dennis Oppenheim has been exhibiting internationally since the 1960s. His early work comes out of the conceptual art movement; his work was associated with performance and body art as well as pioneering the way for the land art movement. Thanks to his flexibility in materials, Oppenheim is able to create works in spaces ranging from interior pieces to public space and exterior works- some of his media include fireworks, common objects & traditional materials, and naturally occurring materials from earth and the human body.

Dennis Oppenheim (b. 1938 - d. 2011) lived and worked in New York City from 1968 and also in Springs, East Hampton, since 1985. Dennis Oppenheim received a B.F.A. from the School of Arts and Crafts, Oakland, California, in 1965, and an M.F.A. from Stanford University, Palo Alto, California, in 1966. He received a Guggenheim Foundation Fellowship in 1969, National Endowment for the Arts Fellowships in 1974 and 1982, an Excellence in Transportation award from the State of California in 2003, and a Lifetime Achievement Award at the Vancouver Sculpture Biennale.