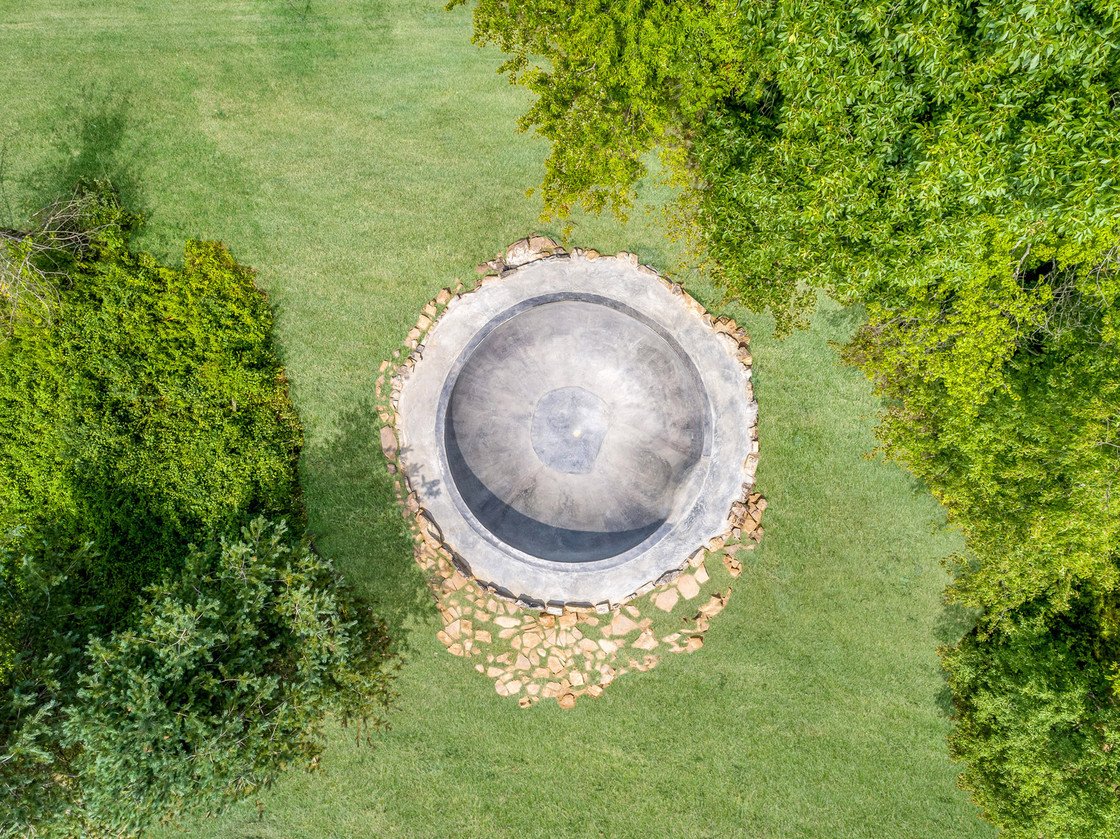 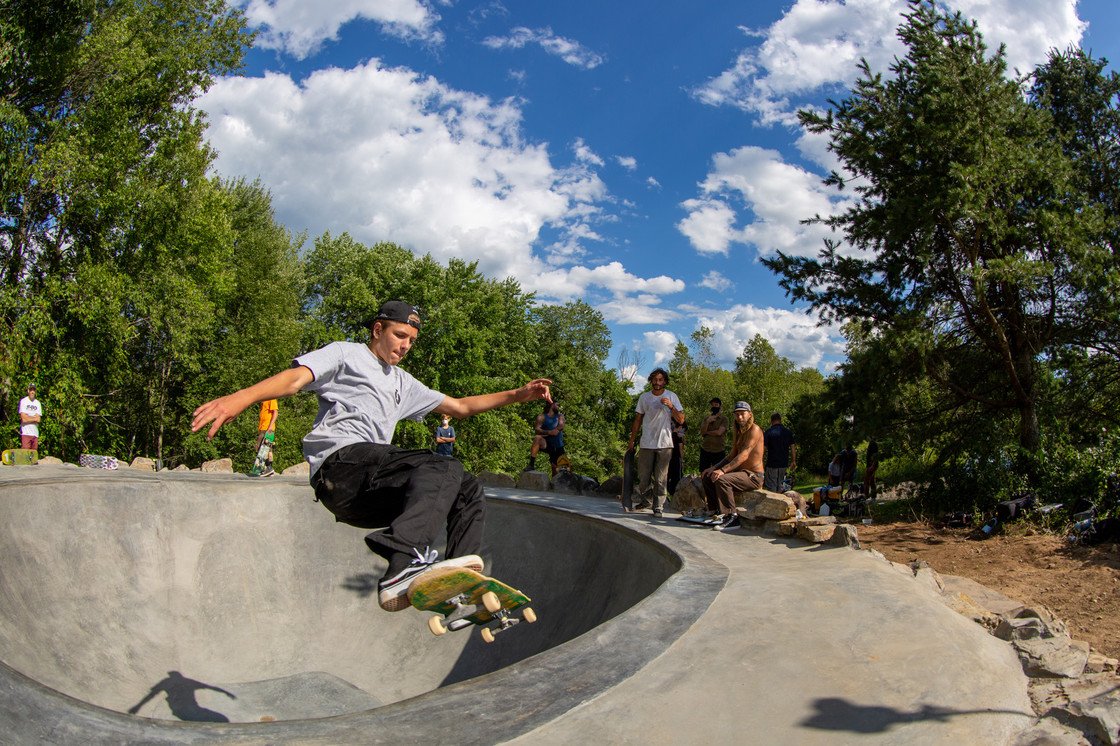 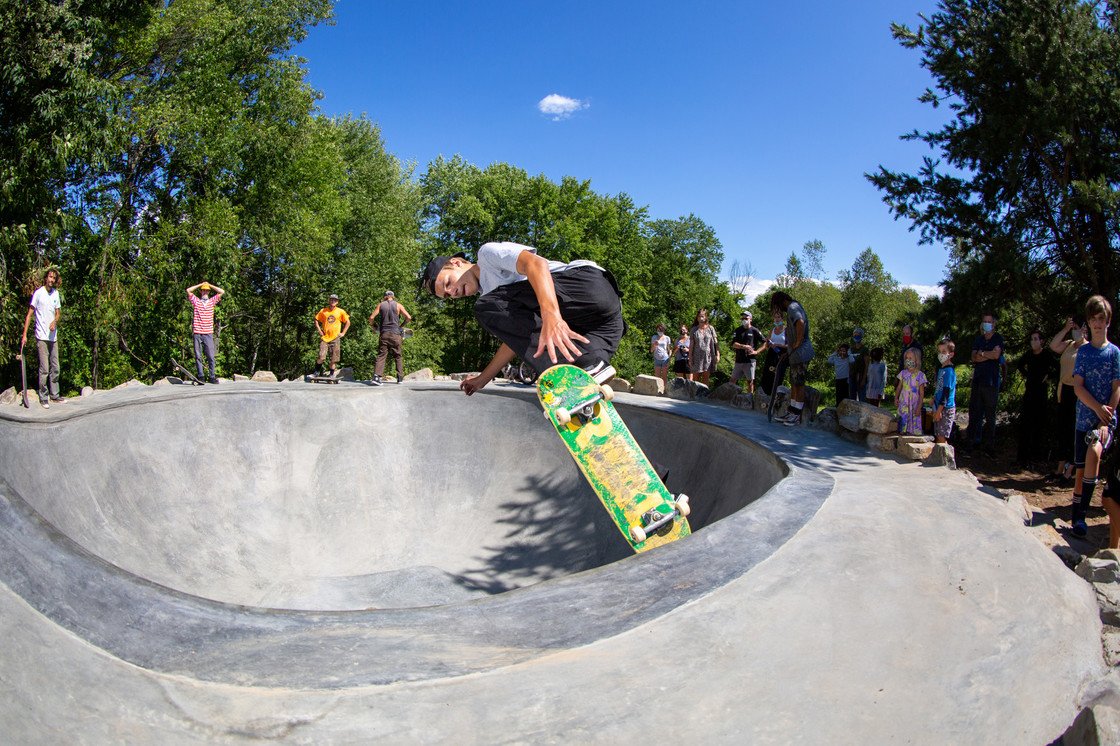 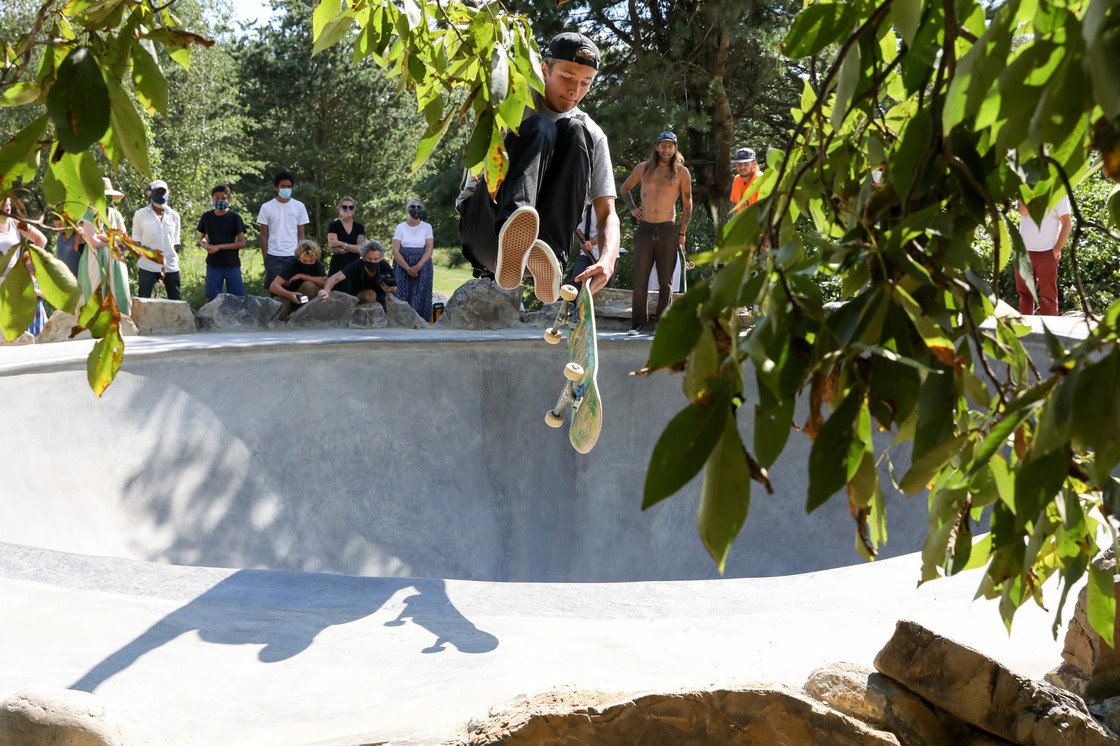 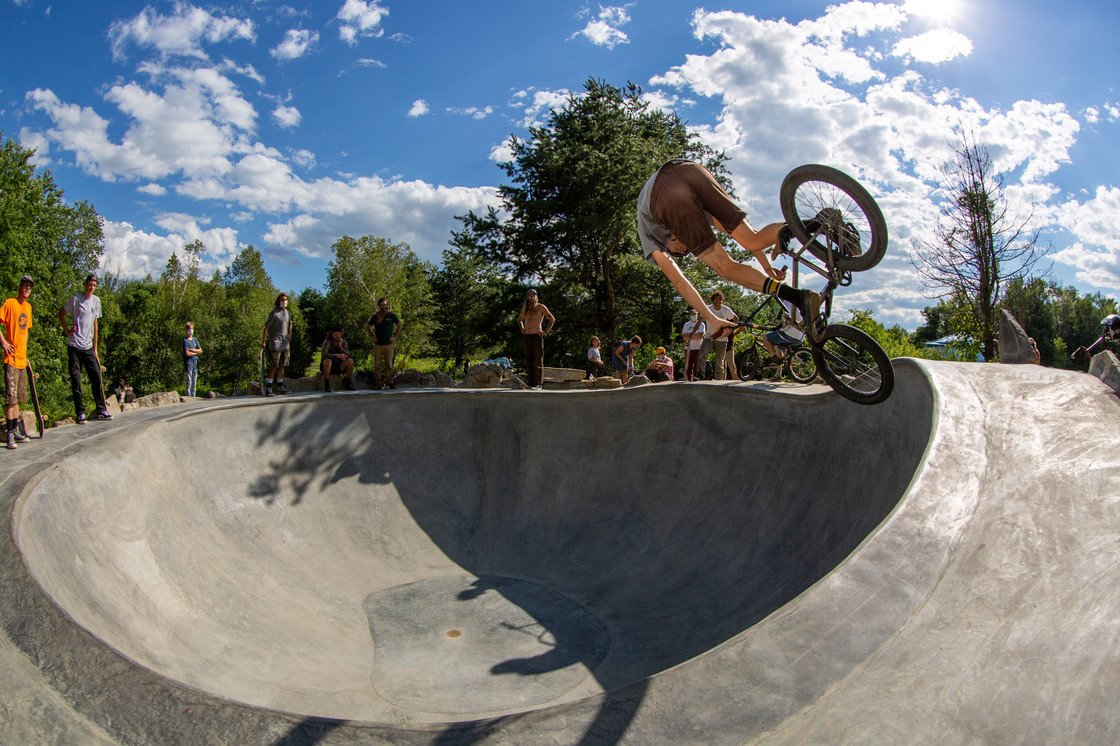 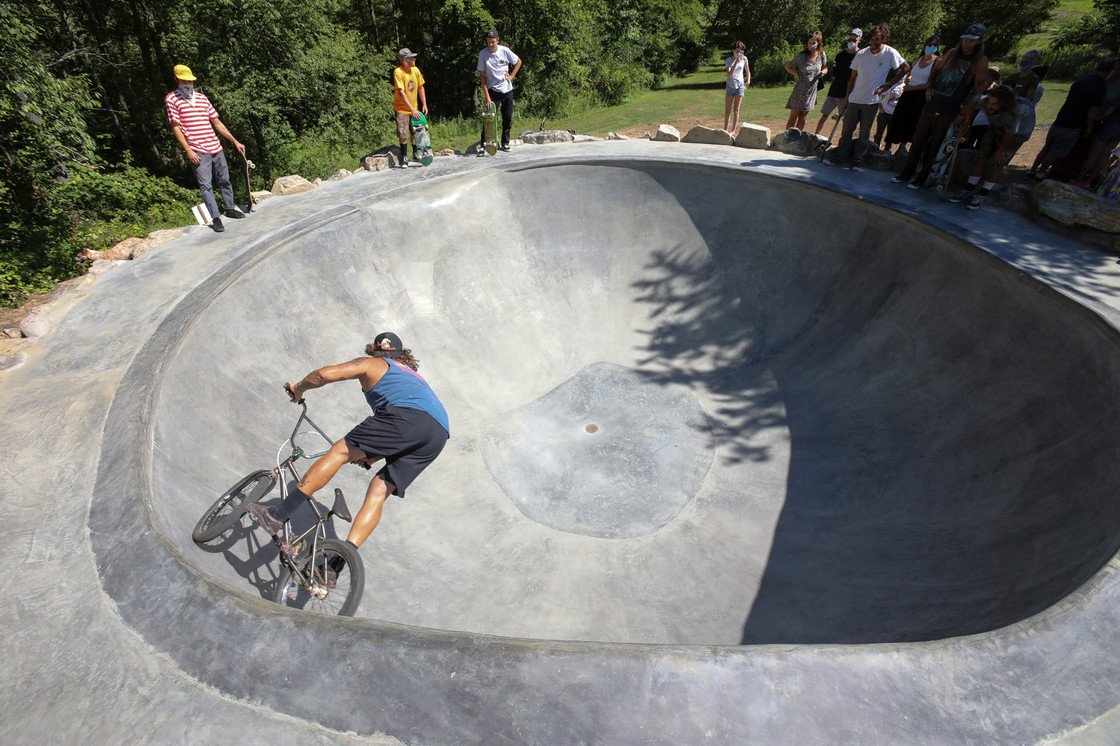 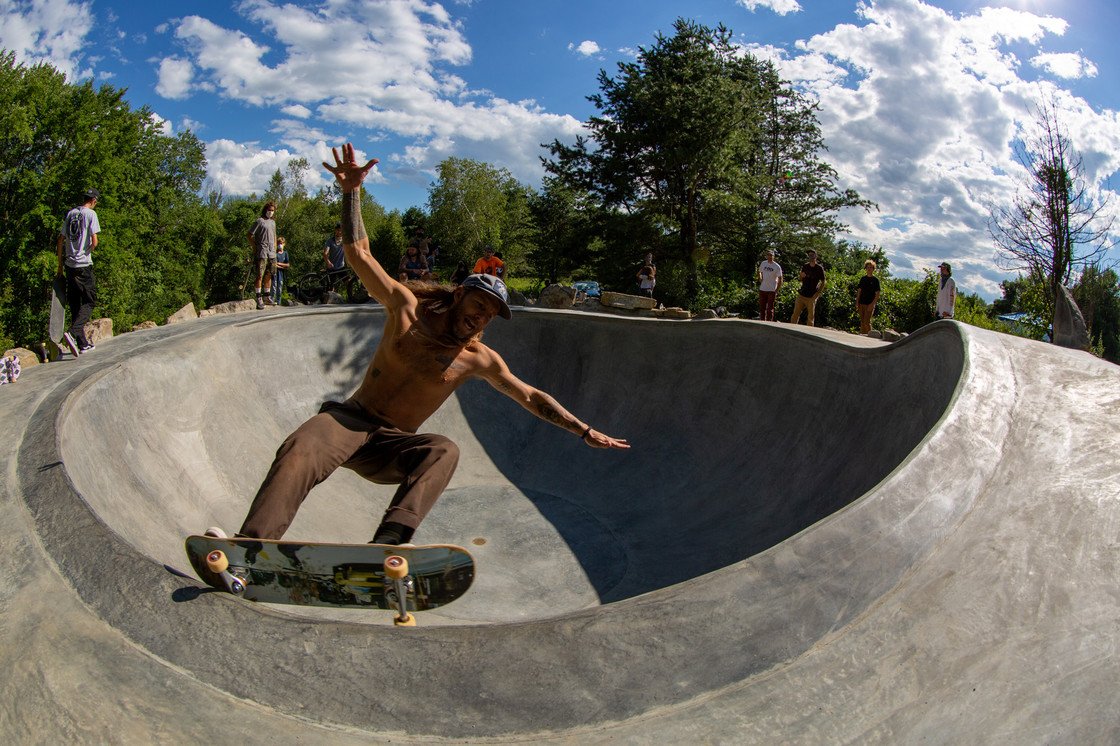 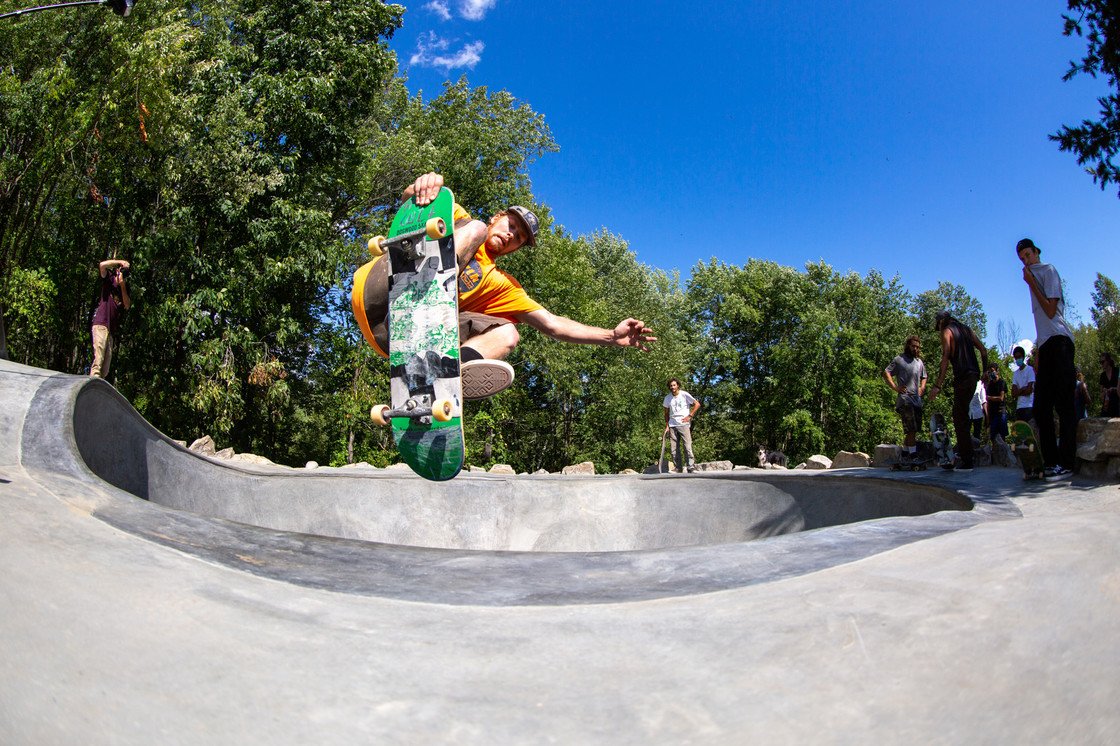 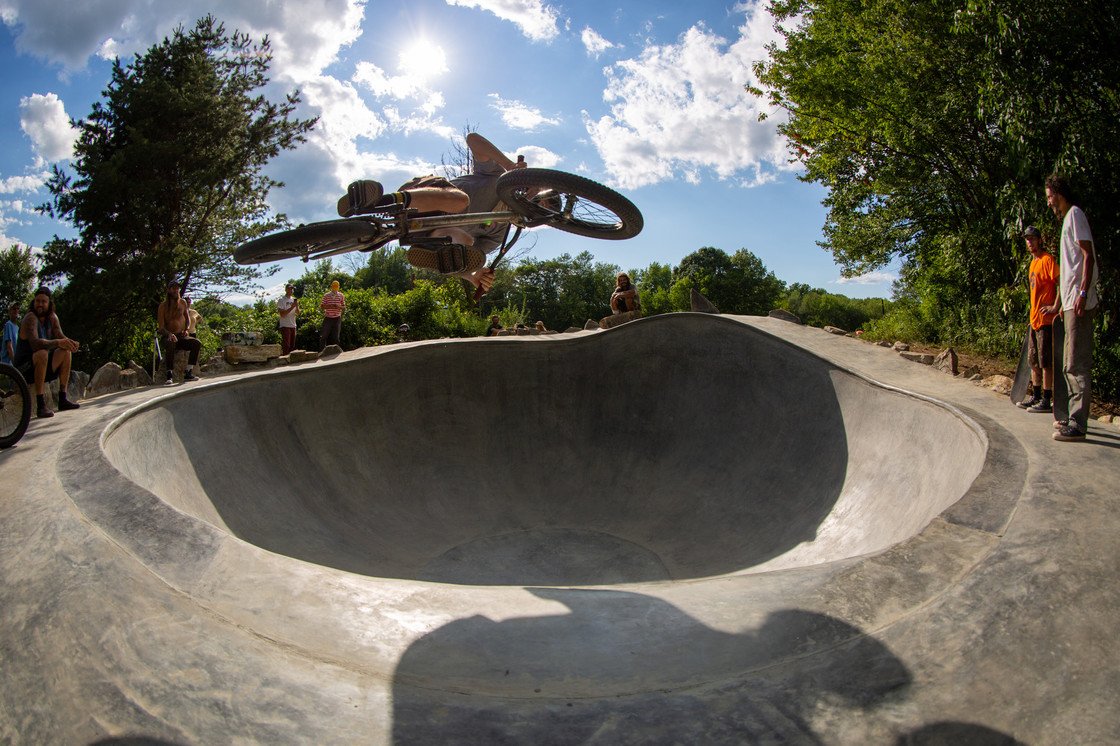 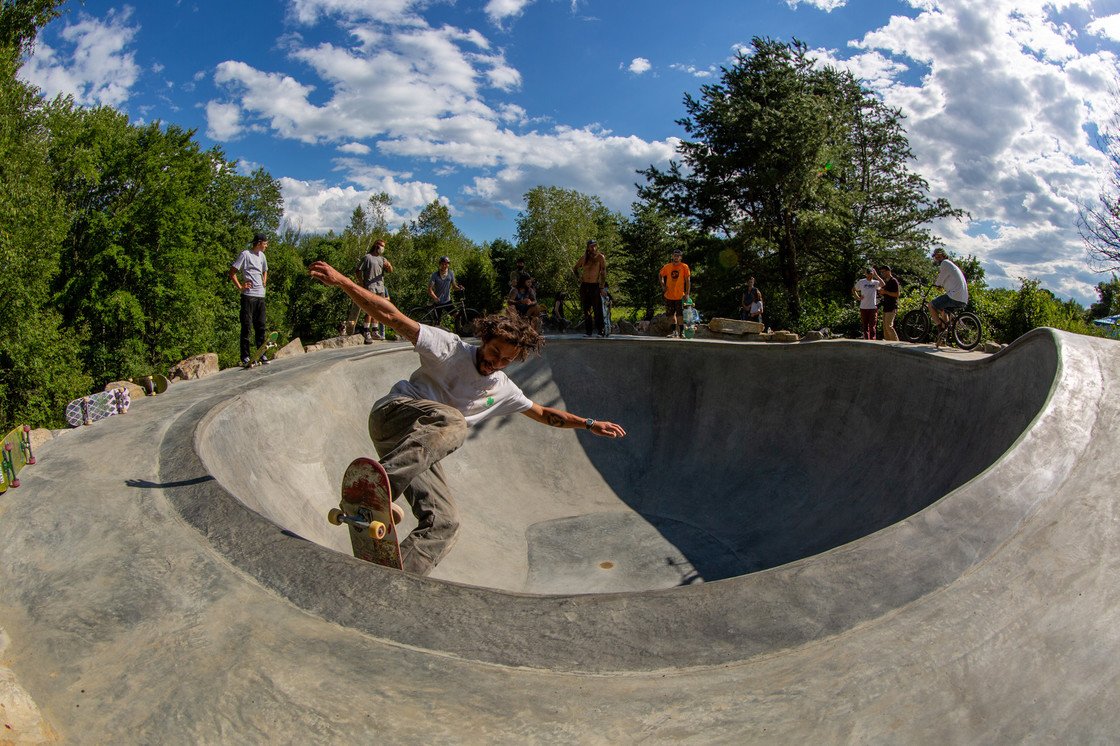 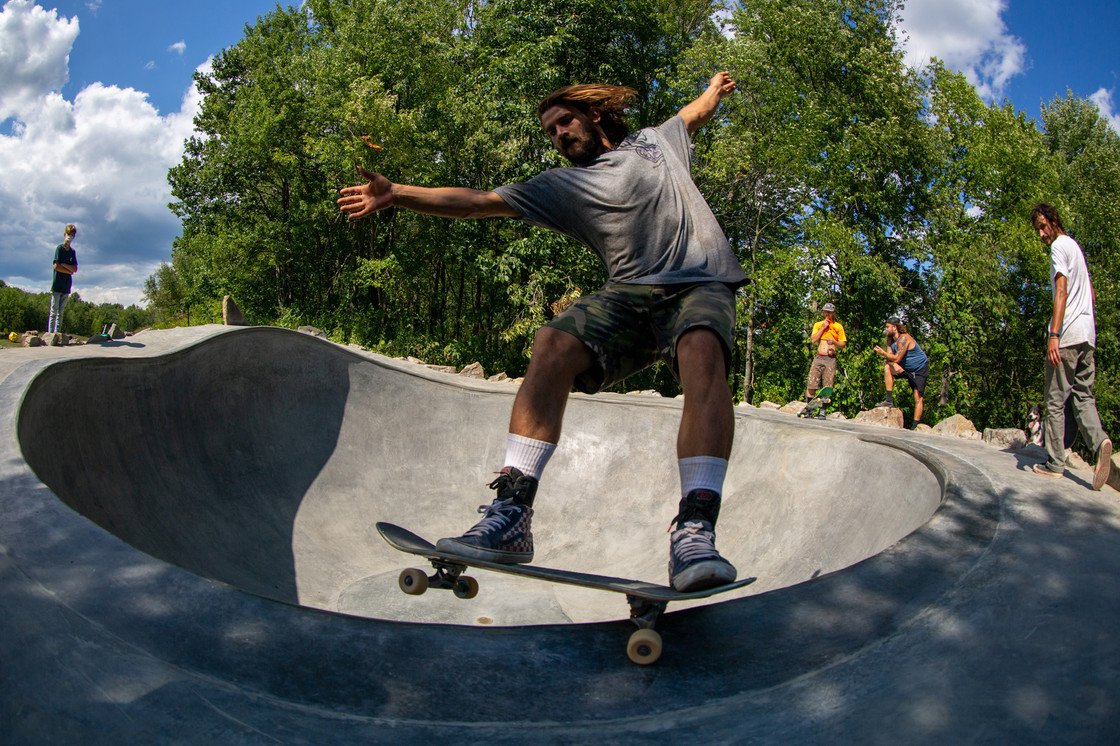 Chemi Rosado-Seijo is a Puerto-Rican artist who creates community-based interventions with strong ties to their site of origin. He creates multimedia projects that attempt to bring daily life to contemporary art while proposing alternative readings of political and social situations.

In this new, site-specific work, Rosado-Seijo explores the parallels between skateboarding and contemporary art. The functional skate bowl is designed to exist as both a sculpture and social space–for skating, meeting, performances, and more. Ceremonial Pearl-Hole (The Ceremonial Bowl) references the Batey, a special plaza around which the Taino people built their settlements in Puerto Rico and throughout the Caribbean, usually surrounded by stones. The bowl pays homage to skateboarding history, through its concrete depth and curves reminiscent of a pool, in which vertical skateboarding originated.

Visitors are welcome to skate Ceremonial Pearl-Hole (The Ceremonial Bowl) during park open hours (dawn until dusk daily), but must first complete a waiver.

Born in Vega Alta, Puerto Rico, Chemi Rosado-Seijo graduated from the painting department of the Puerto Rico School of Visual Arts in 1997. In 1998, he worked with Michy Marxuach to open a gallery that transformed into a not-for-profit organization presenting resources and exhibitions for contemporary artists in Puerto Rico. In 2000, Rosado had his first solo show at the Joan Miró Foundation in Barcelona, including interventions on billboards around the city. Since 2002, he has worked with residents of the El Cerro community, a poor neighborhood south of San Juan, to present public art projects, workshops and other community initiatives. He has taken part in such local and international events as the Prague Biennial in 2005, the International Painting Biennial in Cuenca, Ecuador, in 2004, and the Whitney Biennial in New York in 2002. From 2002 to 2004, Rosado-Seijo did a residency at M&M Projects in San Juan, in 2005 at Art in General in New York, and in 2006 at Caribbean Contemporary Arts (CCA7) in Port of Spain, Trinidad and Tobago. Since 2009, Rosado-Seijo has been organizing exhibitions in his apartment in Santurce, creating a center for meeting and exchange in the Puerto Rican contemporary art scene. Rosado-Seijo’s work was included in the Whitney Biennial in 2017.

Courtesy of the artist and Embajada, San Juan.