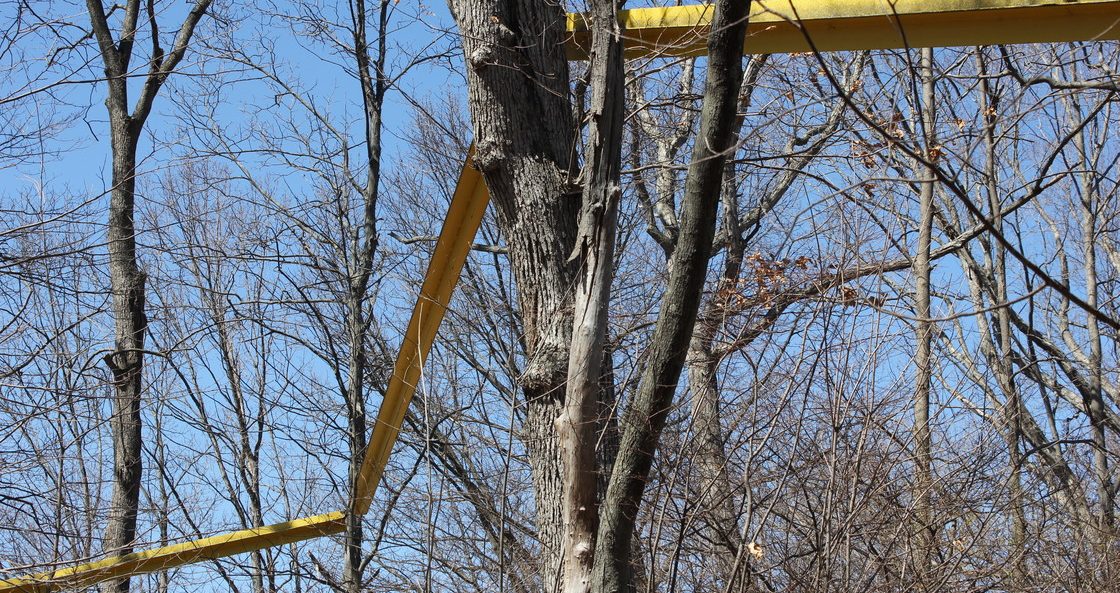 Charles Ginnever is an American sculptor best known for his large abstract steel forms. His work is well known for the illusory factor of taking on a different appearance as the viewer looks at the piece from different angles. Ginnever presents the viewer with a varied work of art, as the planes of steel distort, flatten, and expand based on the perspective at which it is viewed. Many times the change is dramatically different, which leads the viewer to wonder if they are even looking at the same sculpture.

Apollo is a steel sculpture with a yellow enamel surface - much of his works do not include this enamel surface, and this great linear aspect is also one that he explores rarely. Like many artist peers of Ginnever, the sculptors of this time were fascinated in attempting to replicate the sentiments of painters during the 70s and 80s. His sculptures do behave in similar aesthetics, as he is focused on perspective, visual formalities, and negative space.

Ginnever's work has been exhibited internationally at institutions and galleries such as APEC Sculpture Garden in Manila, Philippines, the Australian National Gallery in Canberra, Australia, and a multitude of galleries throughout the United States. He has studied in Italy and France in the early 1950s, and later received his BA from the California School of Fine Arts, and his MFA from Cornell University in Ithaca, NY. Ginnever continues to make sculpture, drawings, and prints primarily at the studios on his farm in Putney, Vermont.