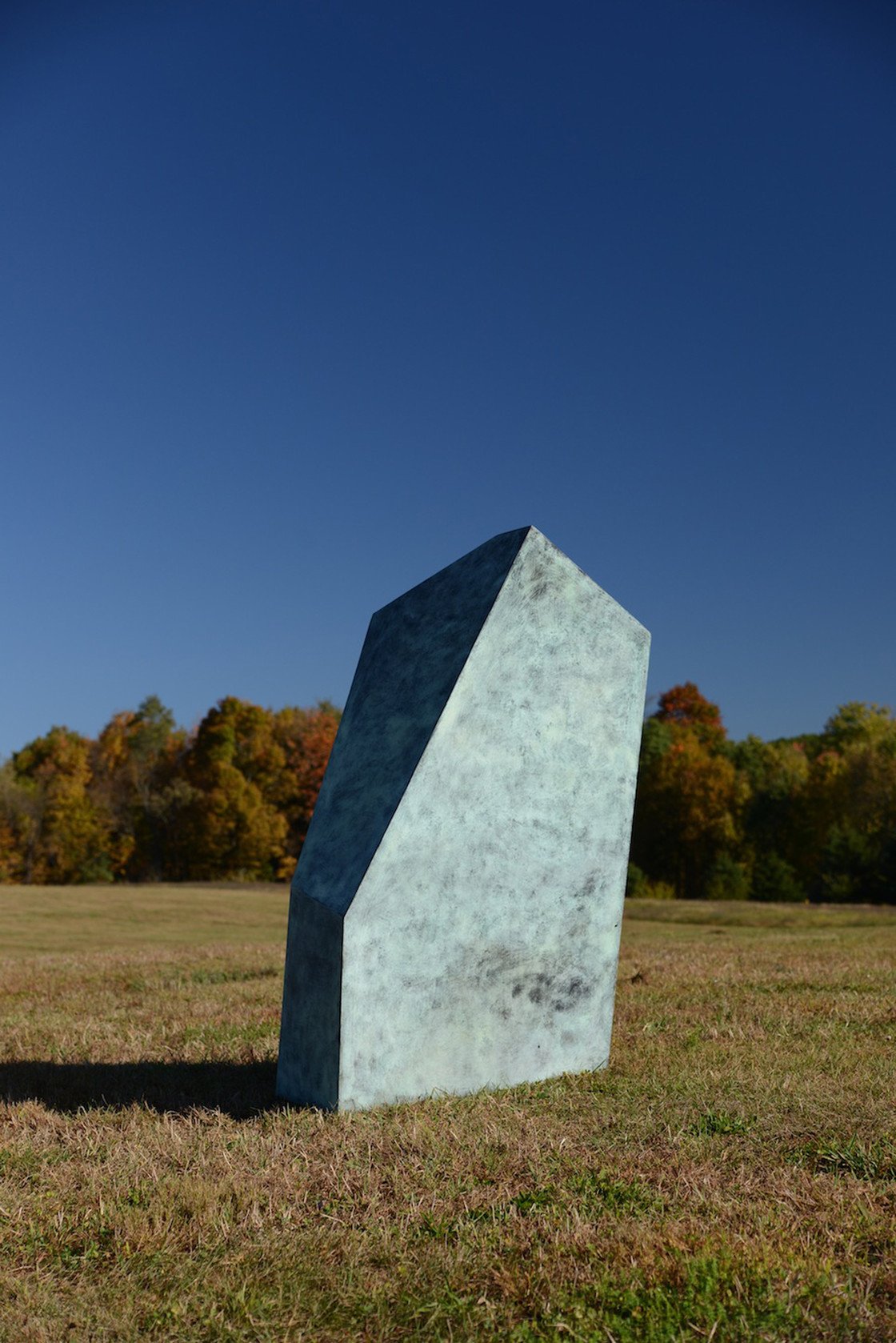 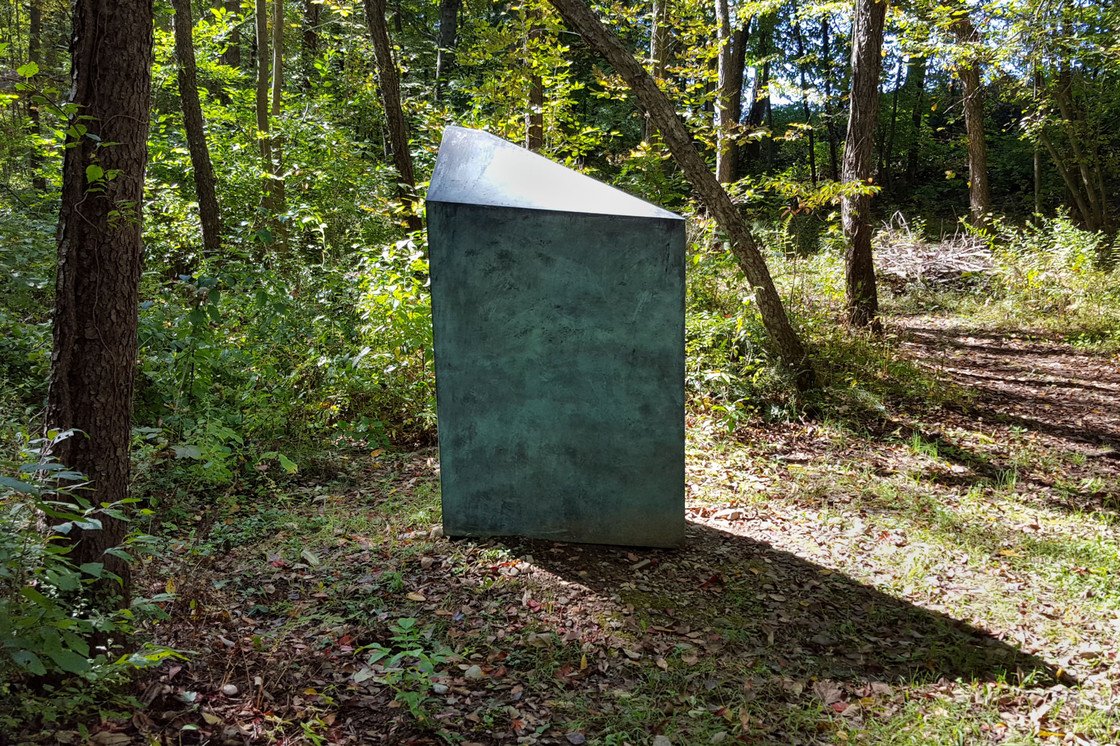 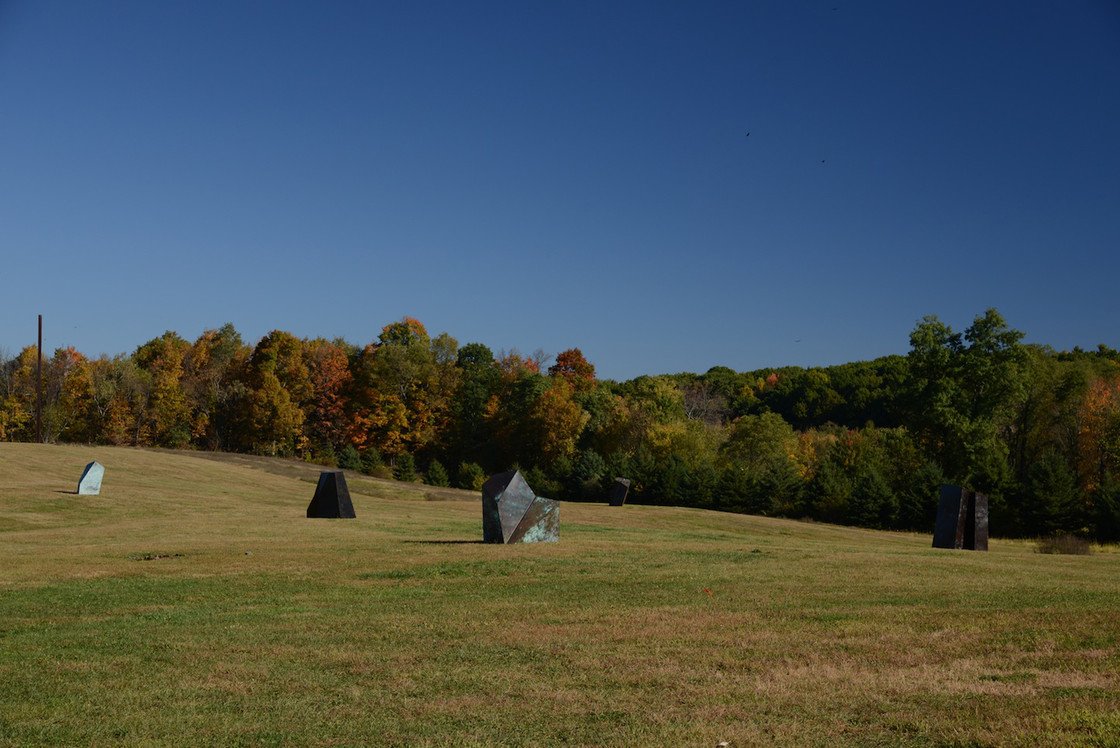 Catherine Lee has been creating large scale bronze works since the late 80s. In time these works have evolved from wall mounted unions of two or more parts, to rigid self standing Sentinels, then the Hebrides and Sibyl series, where Lee began to truly explore three dimensional space along with her continual exploration of surface and abstract shape. In 2014, Lee exhibited Constants, a new series of work at The Fields. From this series, Constant Resolve remains on view at Art Omi.

"Constants is a reference to what we can count on, something that might show us the way, something we can trust to be there and rely upon," says Catherine Lee. "I wanted them to have weight enough to anchor the field but not to overpower it. The fact that each Constant changes radically, visually, as you circle around is a purposeful challenge to their constancy—until one realizes that the relationship of each facade to each other facade is really just proof of the proverbial 'whole that is greater than the parts', a recurring theme in my work for many years. As with many sculptures, not only mine, it's critical to an experience of it that you can't see opposite sides simultaneously, the closest the viewer can come is by circling around, so that you can begin to know the piece through a kind of cinematic viewing, a linear series of real time, real life mental stills that will gradually gel into a visual and emotional understanding, through time & motion. I find this fascinating, that painting will make us stand still in order to look, but sculpture must compel us move in order to be understood potent as art objects".

Catherine Lee (born 1950 in Pampas, Texas) Lee's works are a hybrid of painting, sculpture and installation, in which she juxtaposes the simplicity of a repeated form with a richness of materials, such as wax, bronze, glass and ceramic. She first exhibited in New York at PS1 in 1980, and since then has participated in numerous exhibitions internationally. Her exhibition, The Alphabet Series, was shown in Texas, Washington, Connecticut and Pennsylvania. More recently, her work has been seen in Barcelona, Salzburg, Milan and Copenhagen. Her work is included in the collections of SFMOMA; MOMA, New York; the Tate Collection, London and the Carnegie Institute, Pittsburgh.