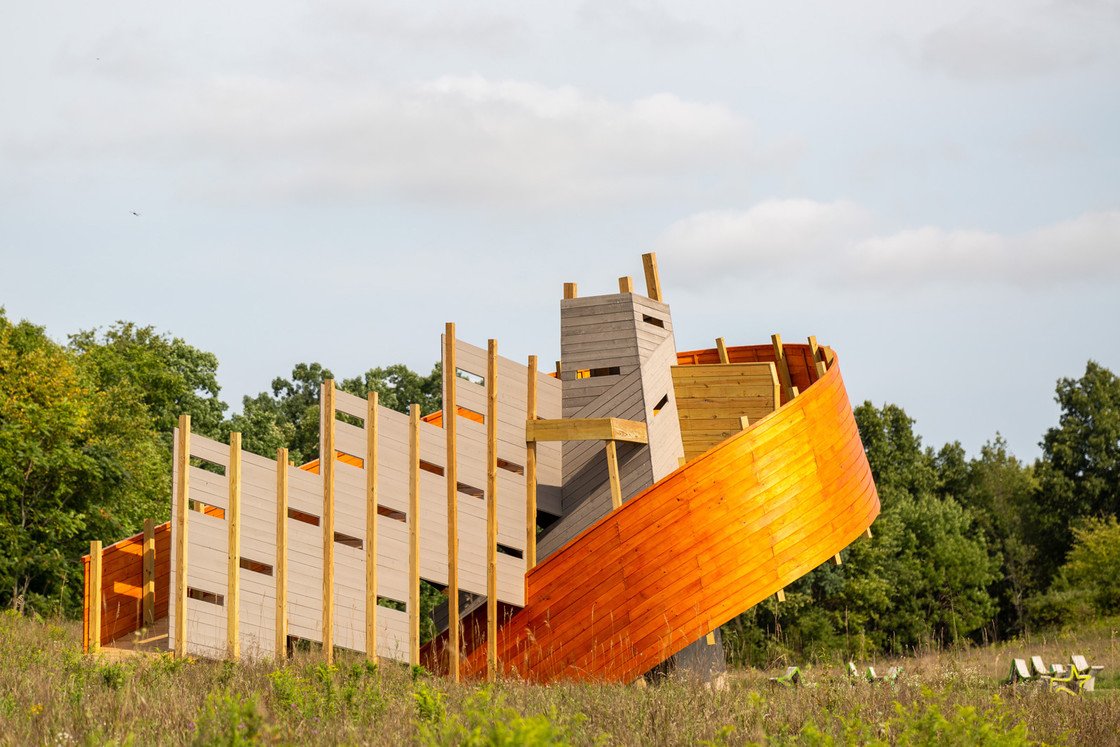 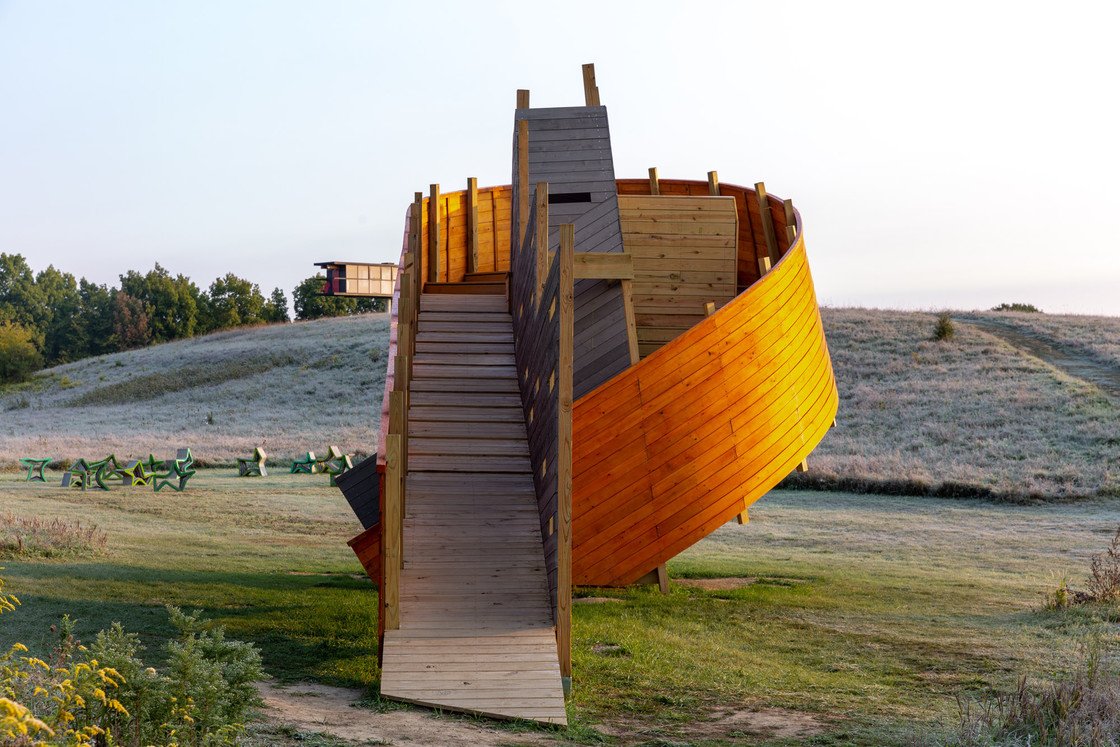 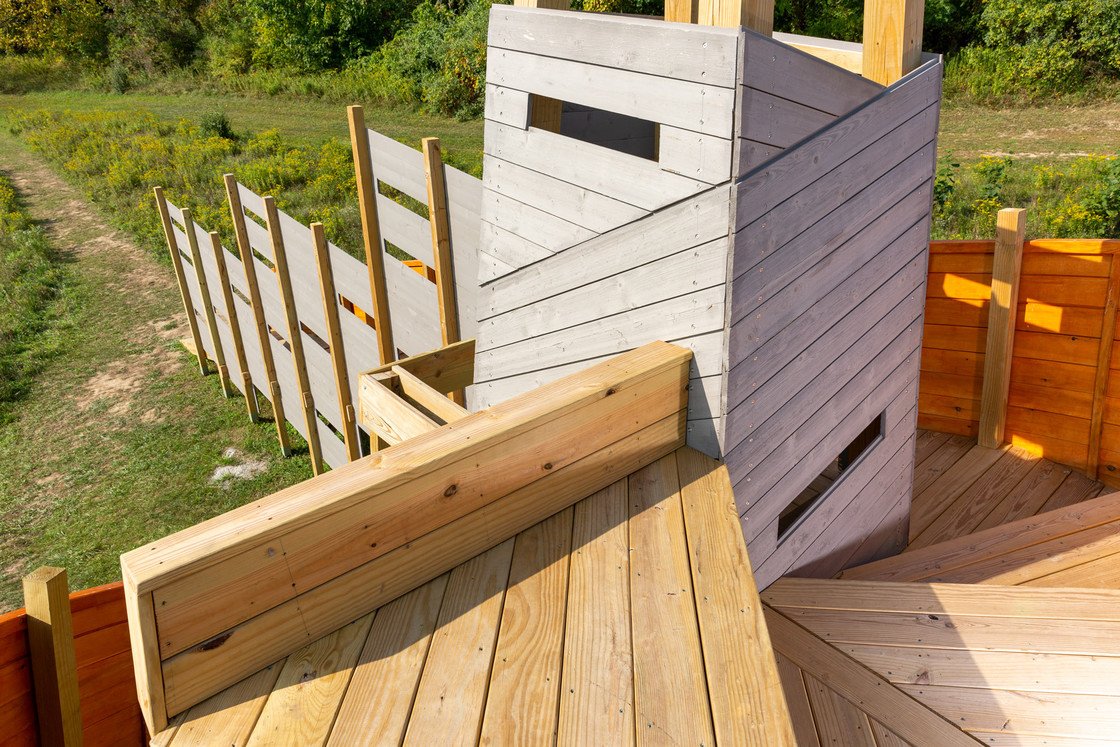 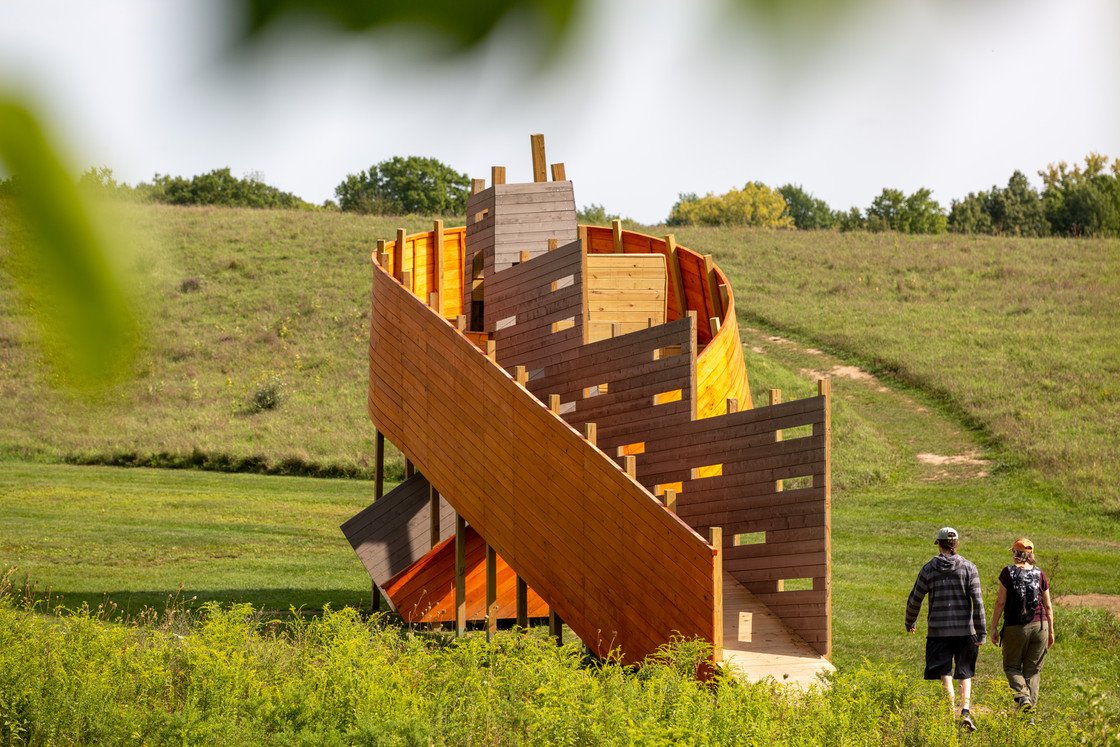 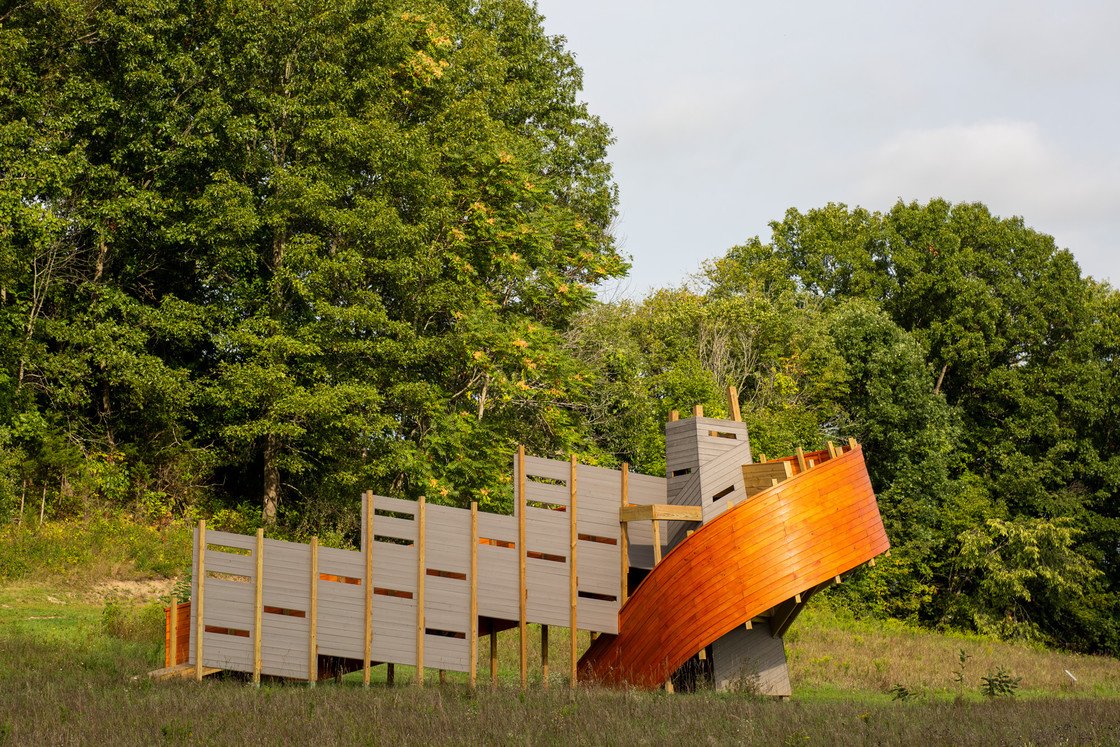 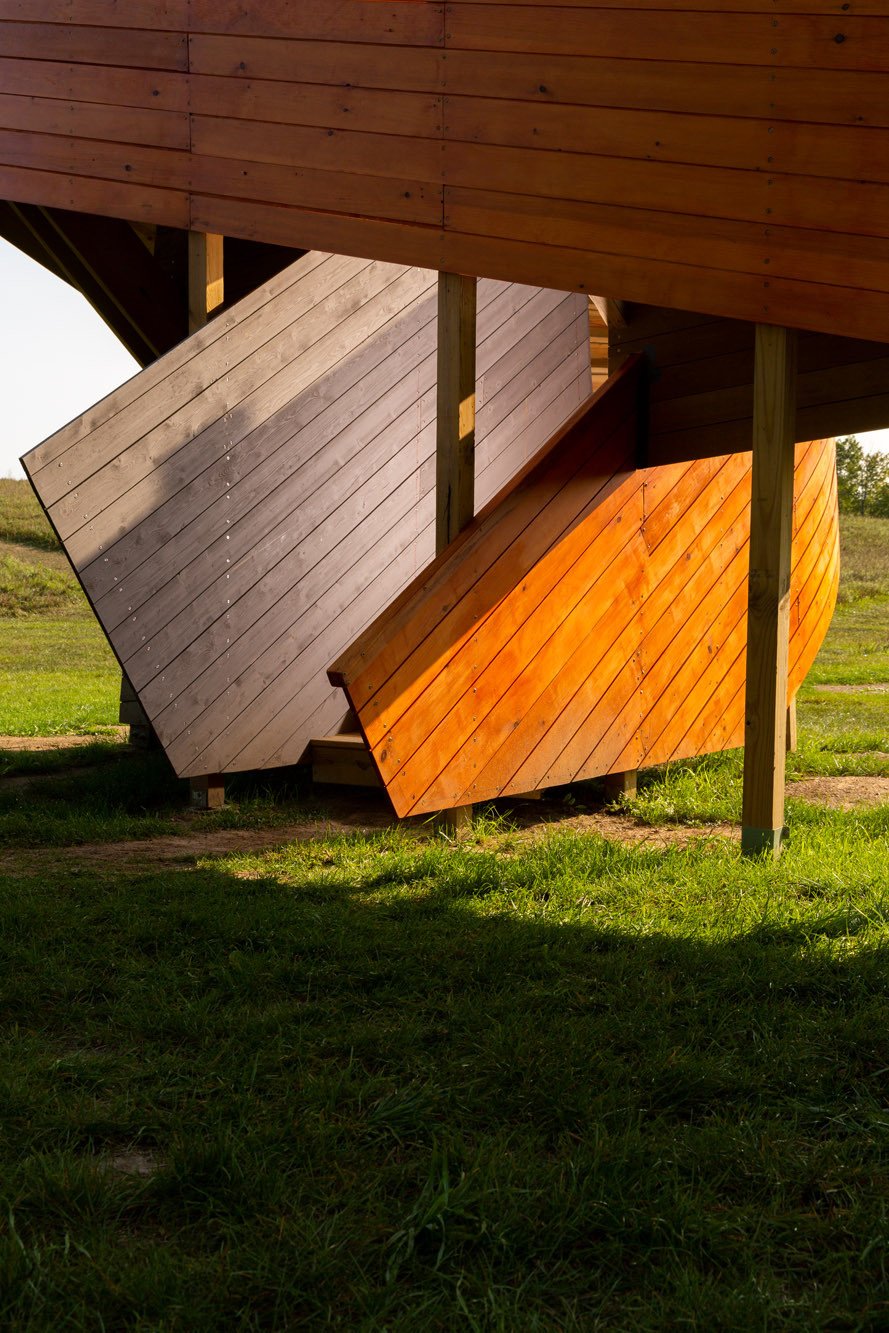 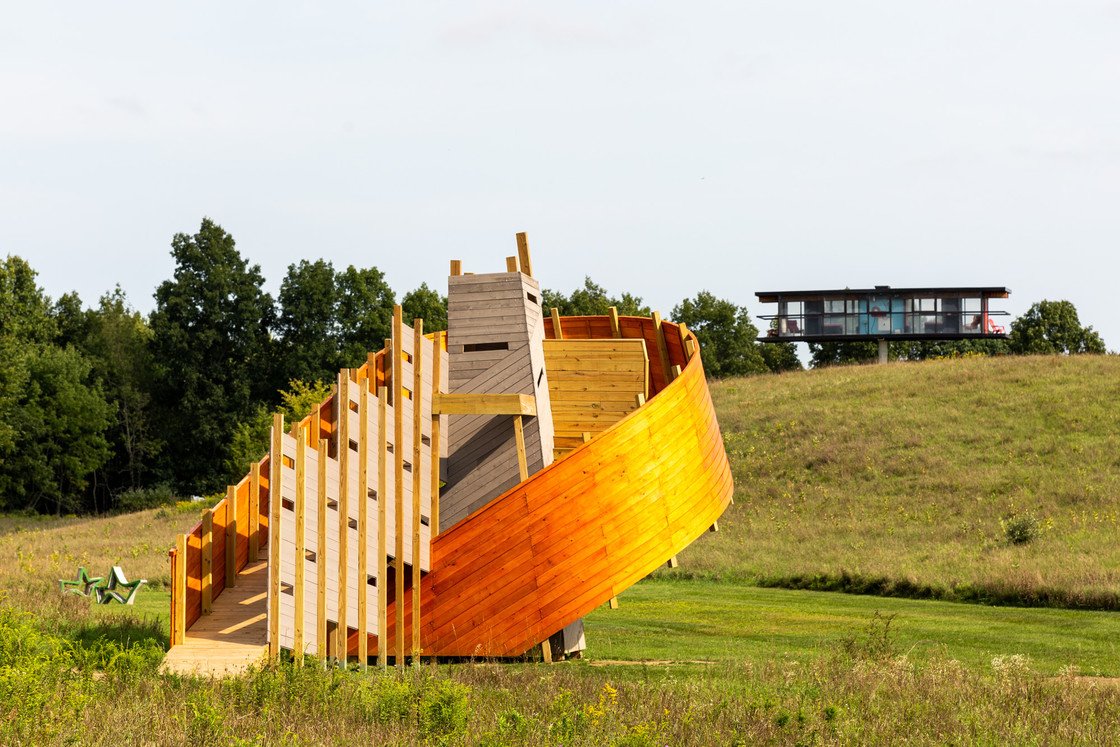 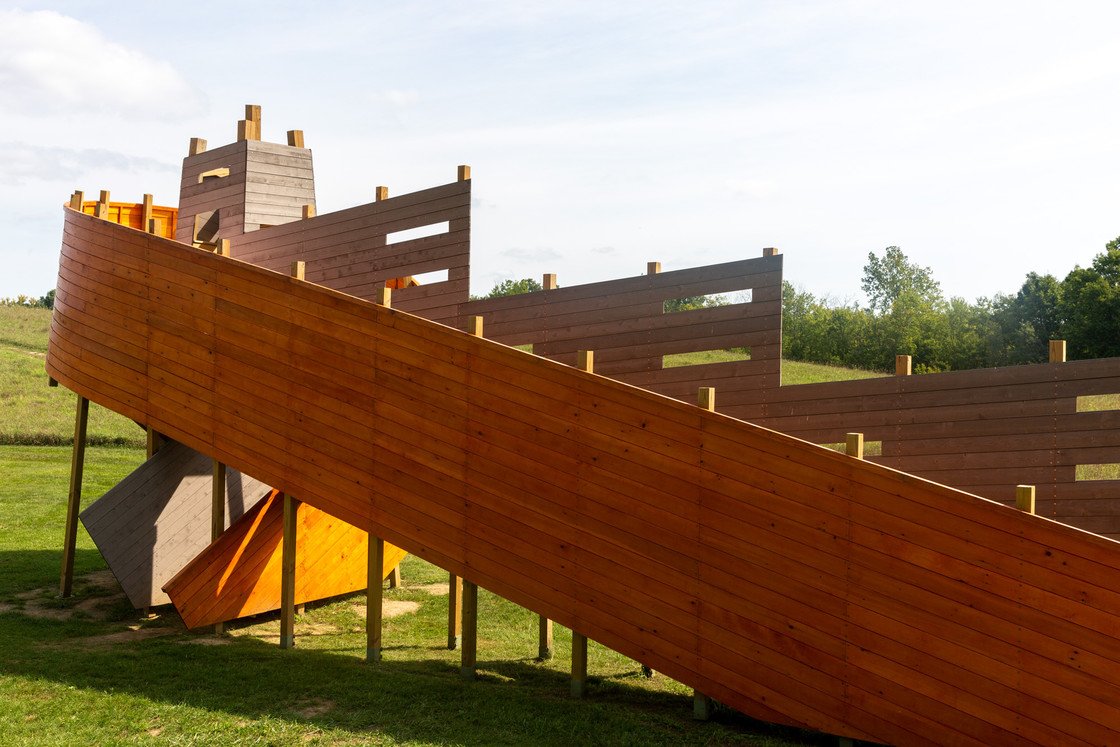 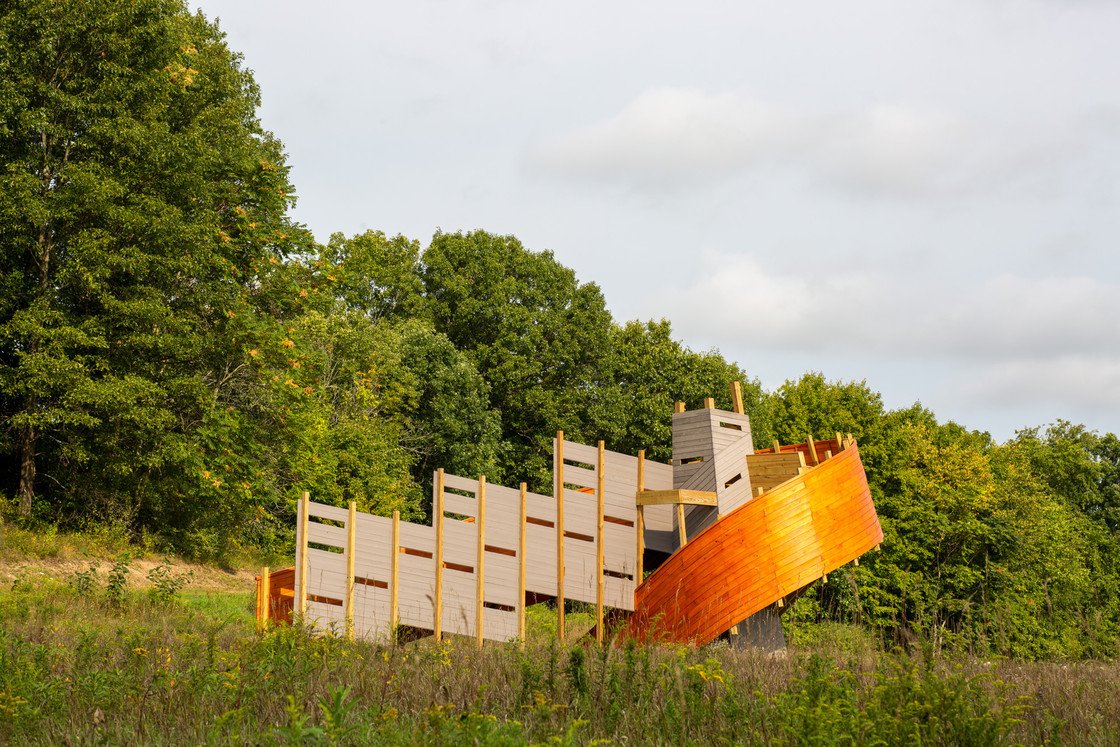 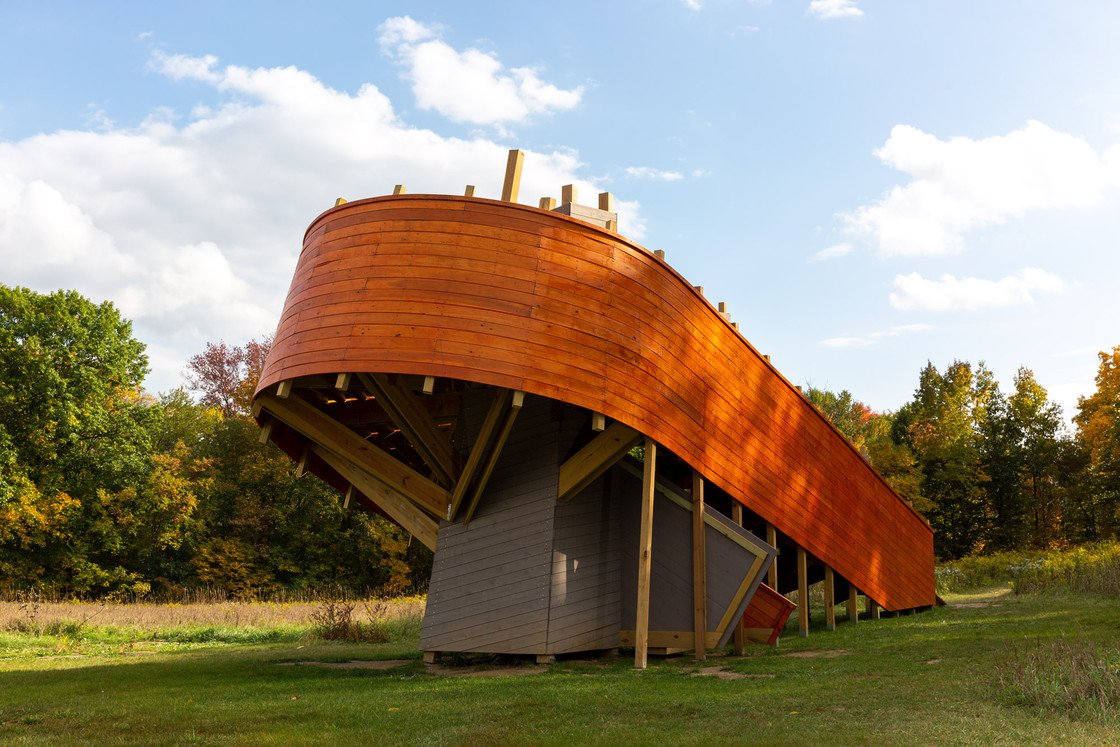 Cameron Wu’s architectural practice involves the research and deployment of developable surface geometries. Magnetic Z comprises two primary surfaces which exhibit opposing formal properties—curved vs. planar, high resolution vs. low resolution, continuous vs. discrete. These surfaces also define a figural promenade of ramp and stairs, which acts as a spatial hinge in the landscape, providing new vantages of the visitor’s surroundings, a sense of movement and play, and a respite from the elements. The title alludes to the phenomenon of magnetic north, which deviates from true geographic north. In this case, however, the leaning axes of the outer conical surface and pyramid tower deviate from true vertical orientation, otherwise known as the z-axis.

Cameron Wu is an Assistant Professor, Architecture at Princeton University School of Architecture. His independent practice engages with formal analysis and on-going research and design with developable and ruled surface geometries. His inquiry into the organizational principles latent in geometric form has served as a catalyst for re-introducing historical precedent into the contemporary discourse through digital media and fabrication techniques. Previously, Wu was Associate Professor of Architecture at Harvard University Graduate School of Design. His work and writing have been featured in Log, AA Files, PLOT, Architectural Record, and Bauwelt, and exhibited at MoMA, Storefront for Art and Architecture, and SFMoMA. In 2012, he was a finalist for the MoMA PS1 Young Architects Program with his submission "Coney Inland." Wu has practiced in the offices of Preston Scott Cohen Inc., MSME Architects, and James Carpenter Design Associates. Independently, he has built residential projects in both the U.S. and abroad. He has lectured and participated in symposia at various institutions including Columbia, GSD, MIT, UCLA, and the University of Lisbon. Wu received his B.S.E. in Architecture and Civil Engineering from Princeton University and his Master in Architecture degree from Harvard Graduate School of Design.