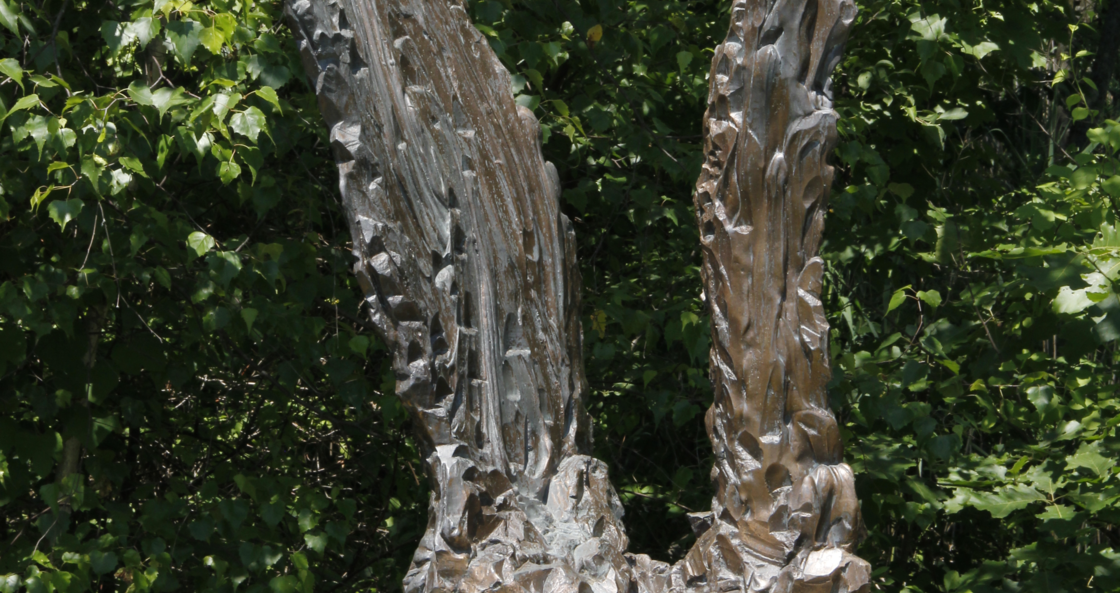 Bryan Hunt has been exhibiting his sculptures, paintings, prints and installations since the late 1970s. Hunt's work is abstract, and encompasses a wide range of formal expressions from natural phenomena such as lakes, quarries, and waterfalls to the abstracted body and space exploration. Much of his imagery contains airships and flying objects, and he has used this trope to explore a broad spectrum of relationships and meanings. His work is exhibited publicly throughout NYC in various locations indoors and out. His materials range from metals like aluminum and steel to soft balsa wood and concrete.

He was born in Terre Haute, IN in 1947, received his BFA at the Otis Art Institute of Los Angeles and completed an independent study program through the Whitney Museum of American Art. His work is included in public and private collections such as the MoMA, the Solomon R. Guggenheim Museum, the Whitney Museum of American Art, and the Metropolitan Museum of Art; the Frank Lloyd Wright Fallingwater Conservancy, Bear Run, PA, the Hirshhorn Museum, Washington DC, the Museum of Contemporary Art, Los Angeles, and the Stedelijk Museum in Amsterdam. Bryan Hunt currently lives and works in New York City and Long Island.