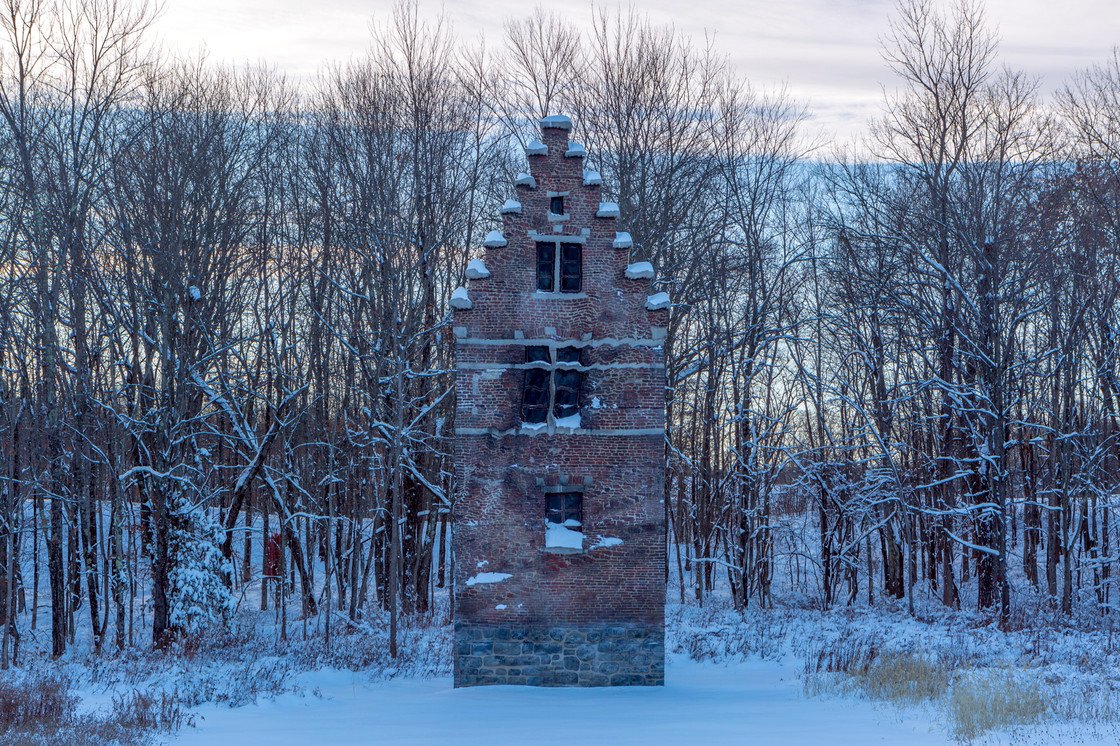 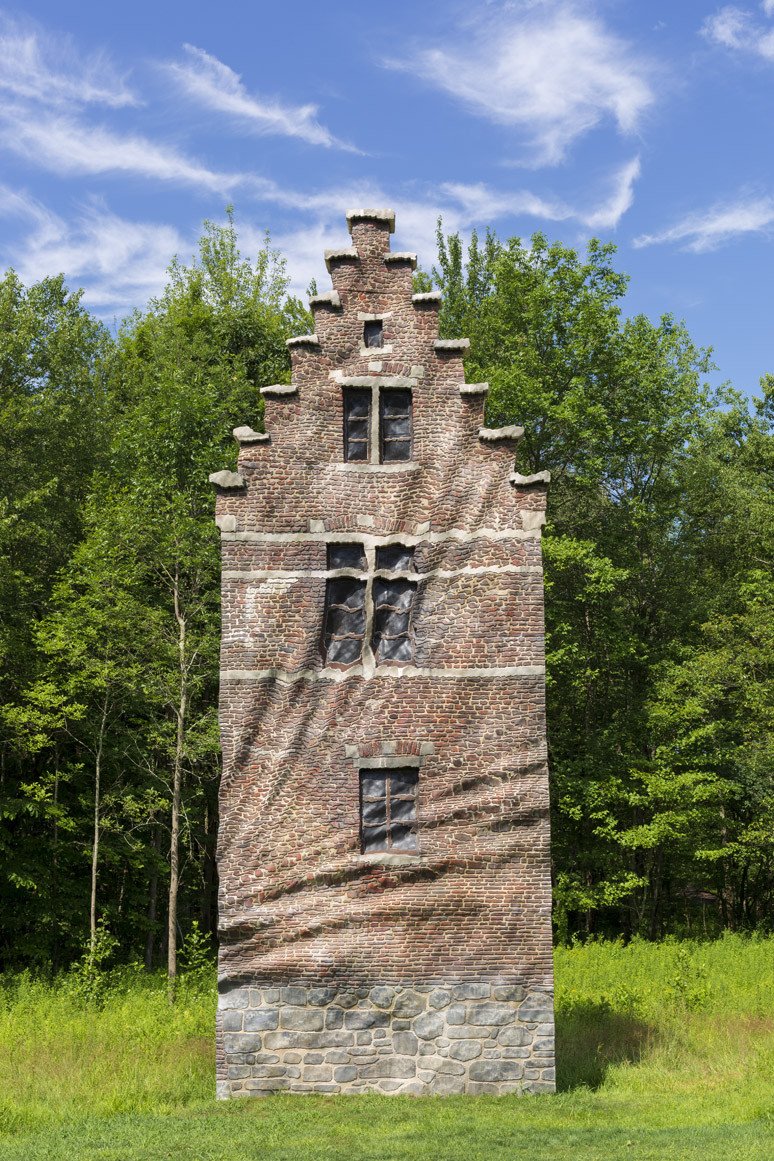 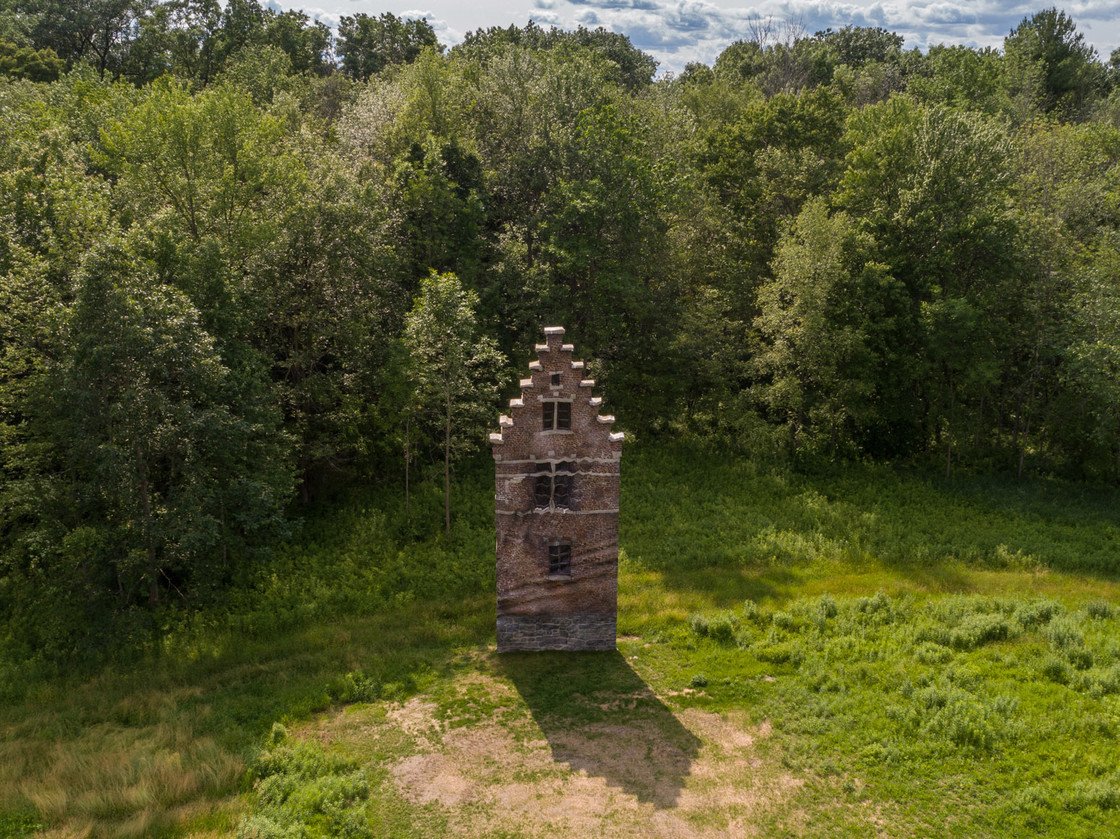 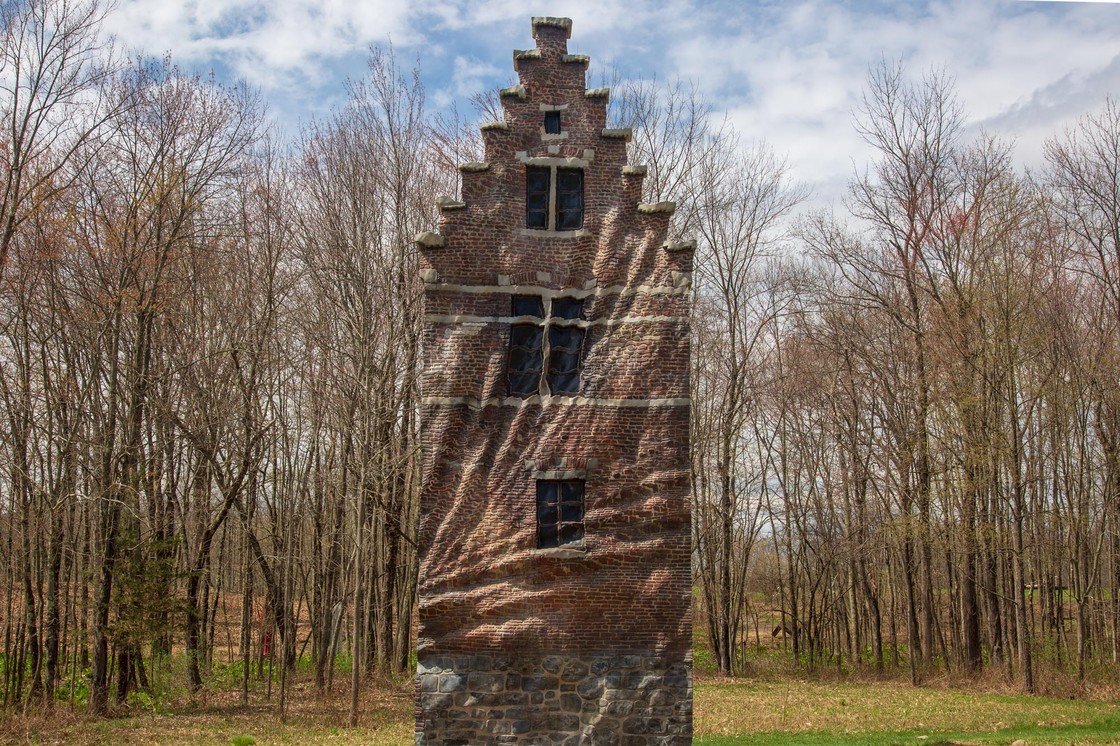 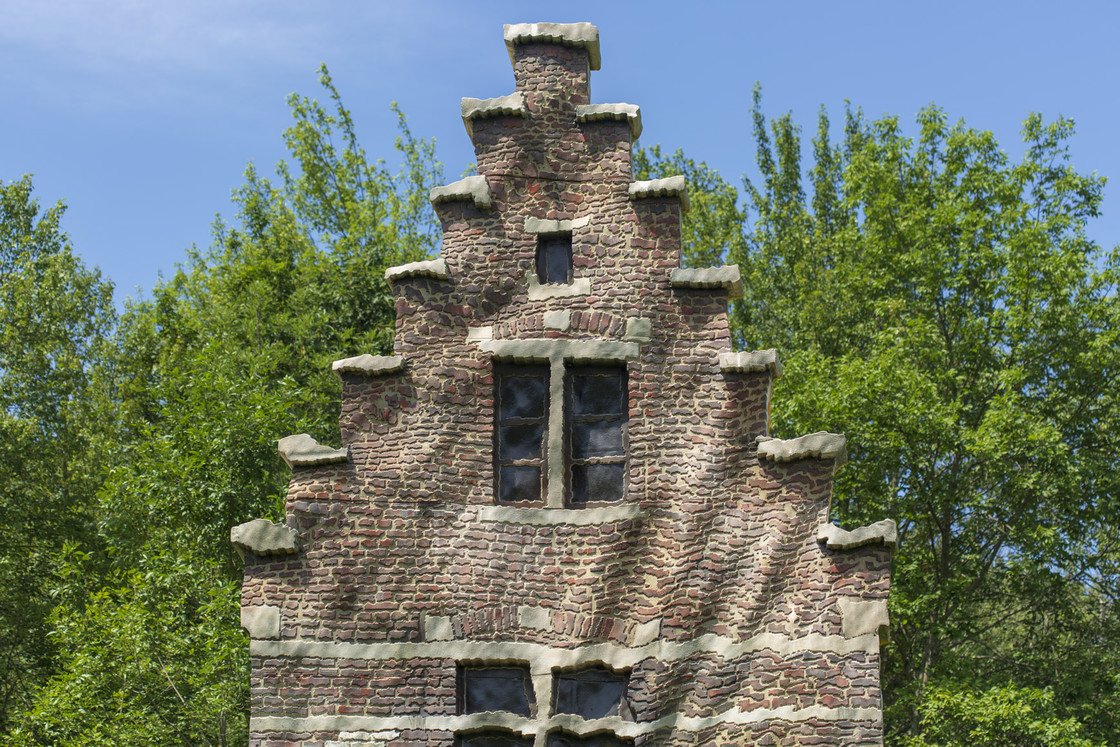 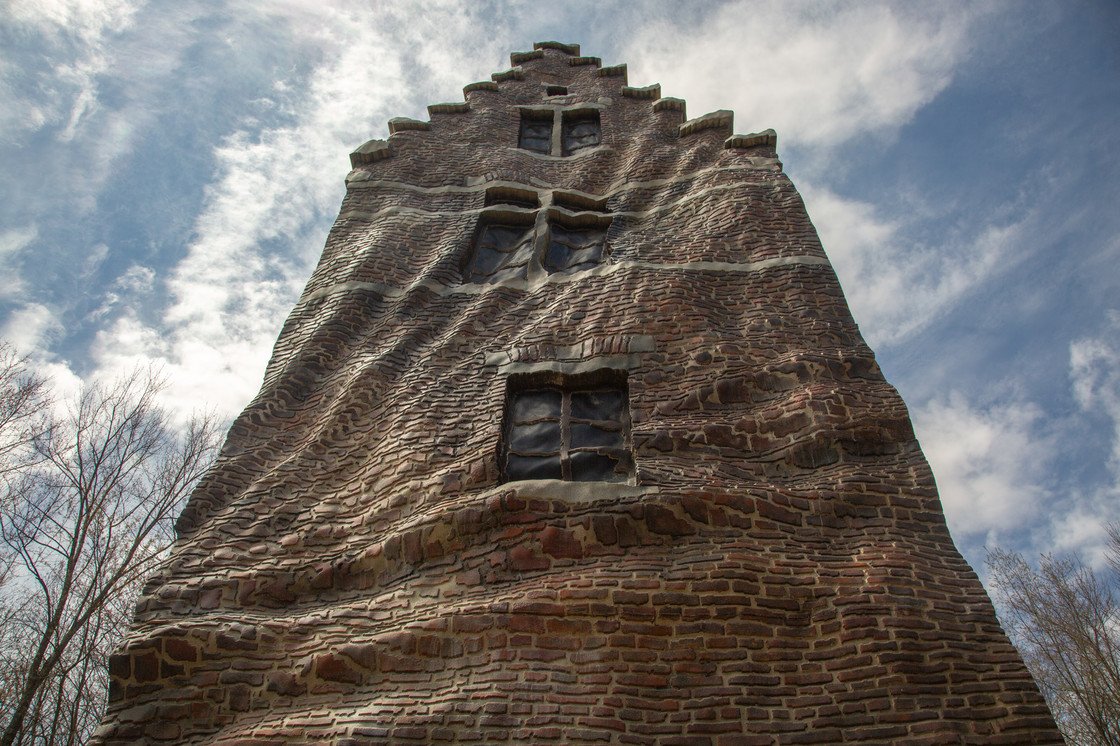 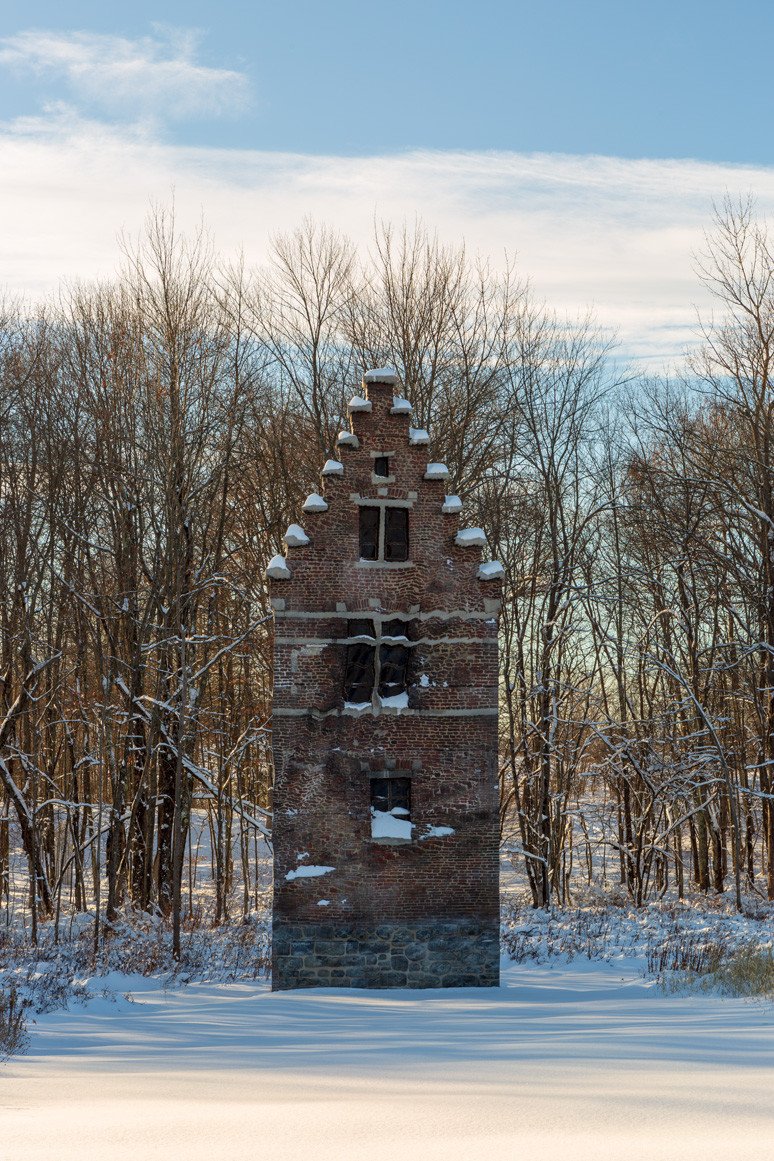 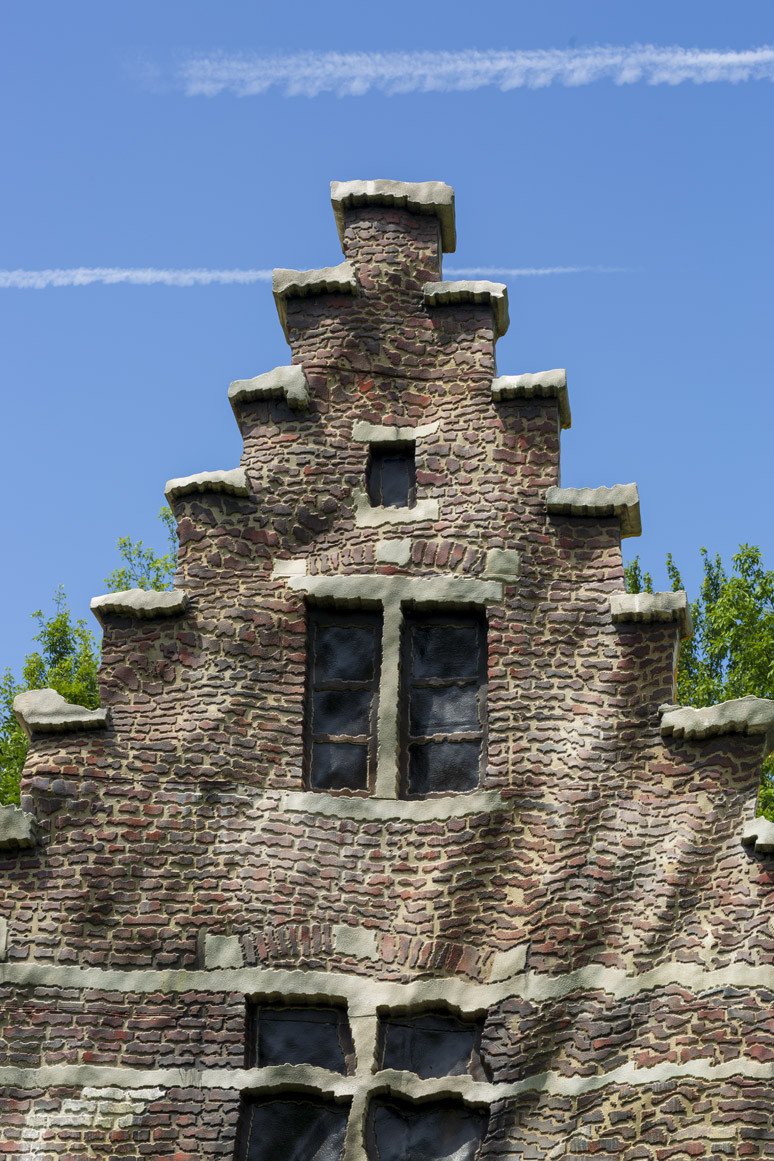 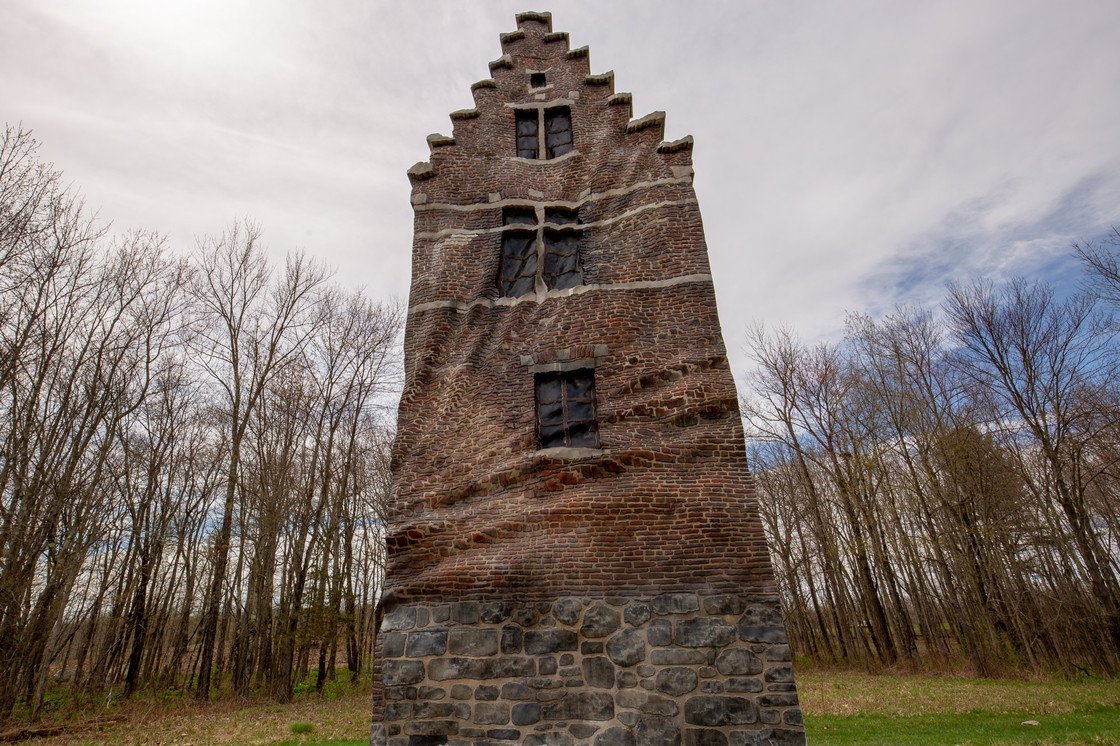 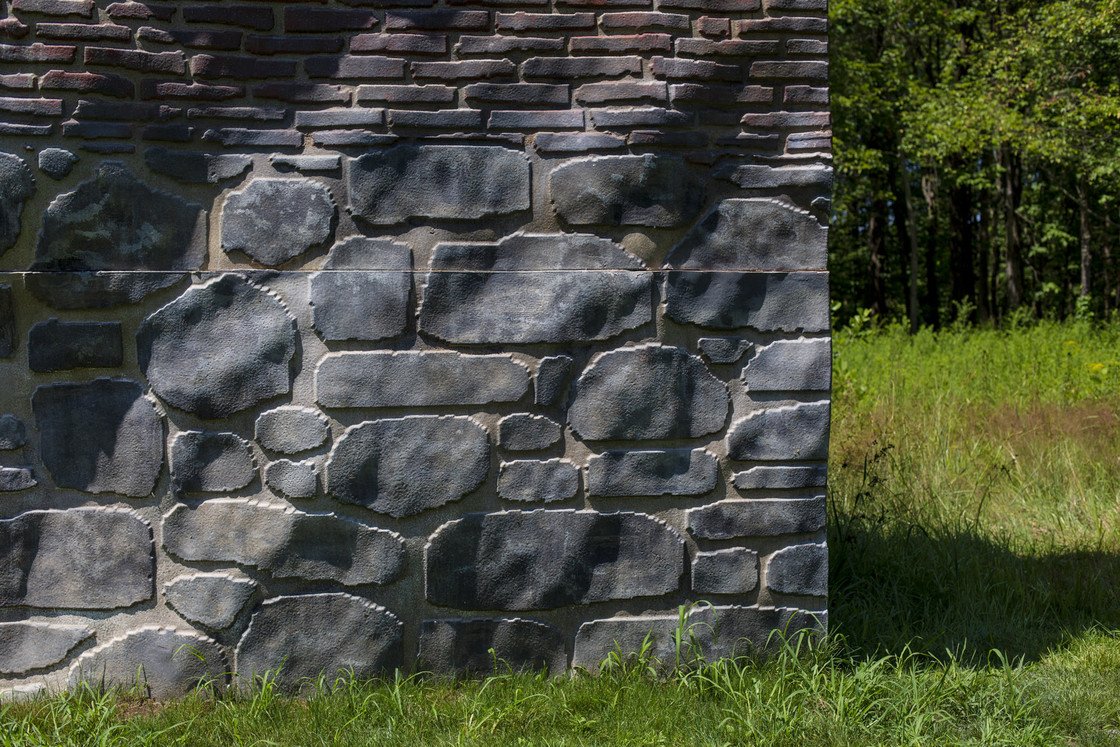 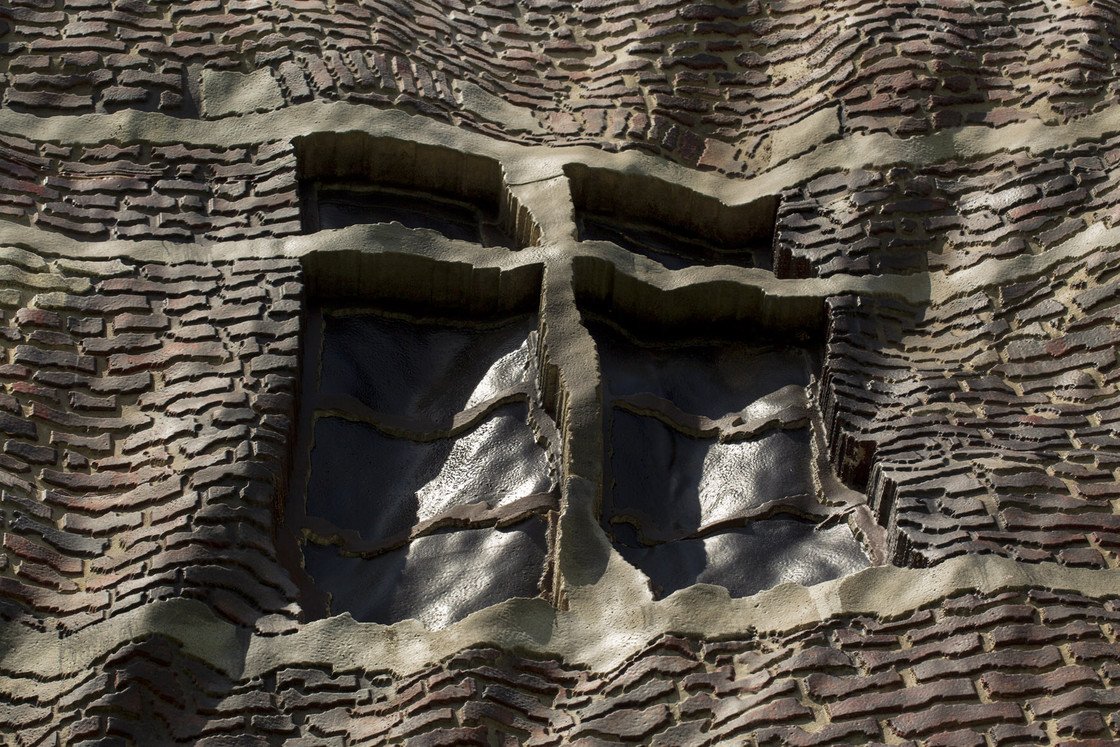 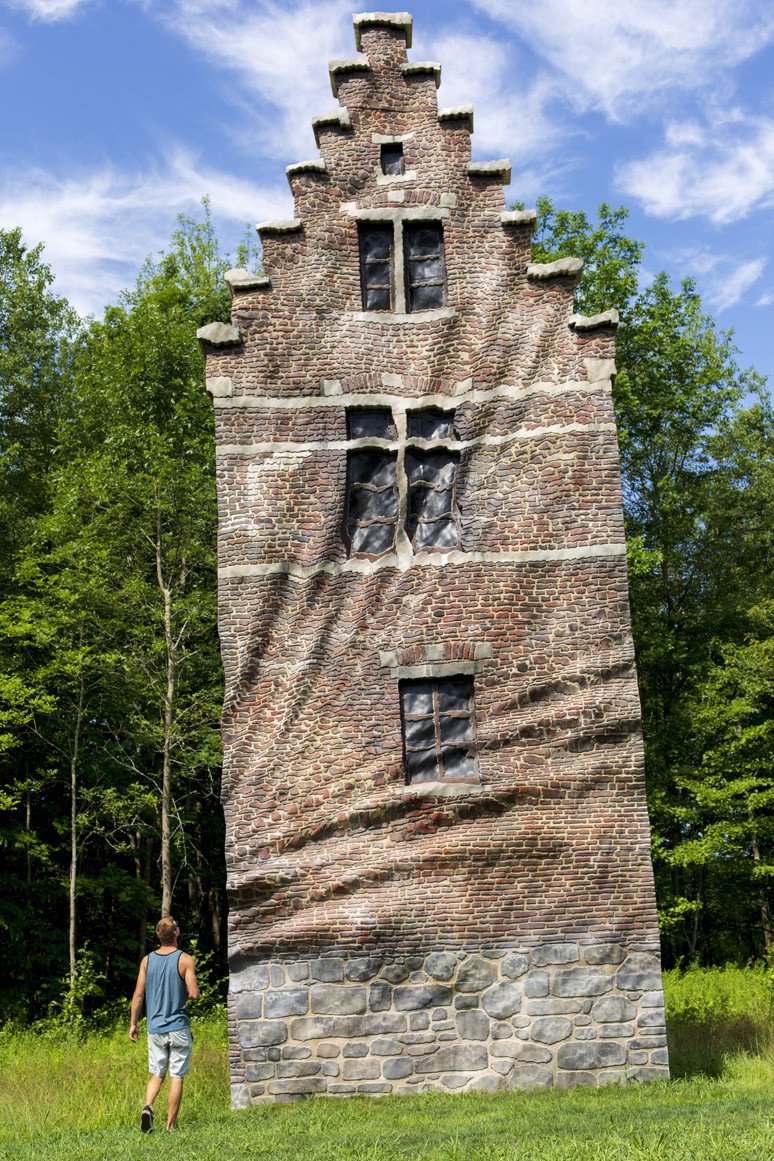 Brian Tolle’s sculptures and installations emphasize a formal and iconographic dialog with history and context. Using a variety of media, his work draws from the scale and experience of its surroundings, provoking a re-reading by cross-wiring reality and fiction. Eureka (2000) is a 40’ trompe l’oeil tower resembling the facade of a slender Dutch canal house. The sculpture does not recreate the façade of a canal house itself—rather it is the rippled reflection in the flowing waterway. While installed at Art Omi, Eureka will be at once in Ghent and New York, the location in keeping with Tolle’s playful crossfade of history and fantasy.

Brian Tolle was born in New York in 1964. His work has been exhibited in the Whitney Biennial, Liverpool Biennial at the Tate Modern, Kunsthalle Bern, Switzerland, the S.M.A.K. in Ghent, Belgium, Institute of Contemporary Art, Philadelphia; Contemporary Arts Center, Cincinnati; the Queens Museum of Art, New York, Havana Biennial, Cuba, the Invitational Exhibition at the American Academy of Arts and numerous other institutions. His public works include Irish Hunger Memorial (2002), Battery Park City, NYC, NY a one-half acre sculpture on the Hudson River, reshaping the landscape with a full-scale replica of a hillside Irish farm desiccated by the potato famine. Most recently he completed a public artwork in Brooklyn, NY titled Pageant, 2017 and Outflow (2015), Calgary, Alberta, Canada. Other notable public works are Simnai Dirdro (Twisted Chimney) (2010), Caerphilly, Wales, UK, Remembering Walter H. Dubner (2010), Los Angeles, CA., and Stronghold (2007), University of Washington, Seattle, WA. He is the recipient of awards from the Irish American Historical Society, the Louis Comfort Tiffany Foundation, and the Design Commission of the City of New York. Brian Tolle received his BA in Political Science from SUNY at Albany, NY, a BFA from Parsons the New School for Design, NY, and an MFA from Yale University, New Haven, CT.