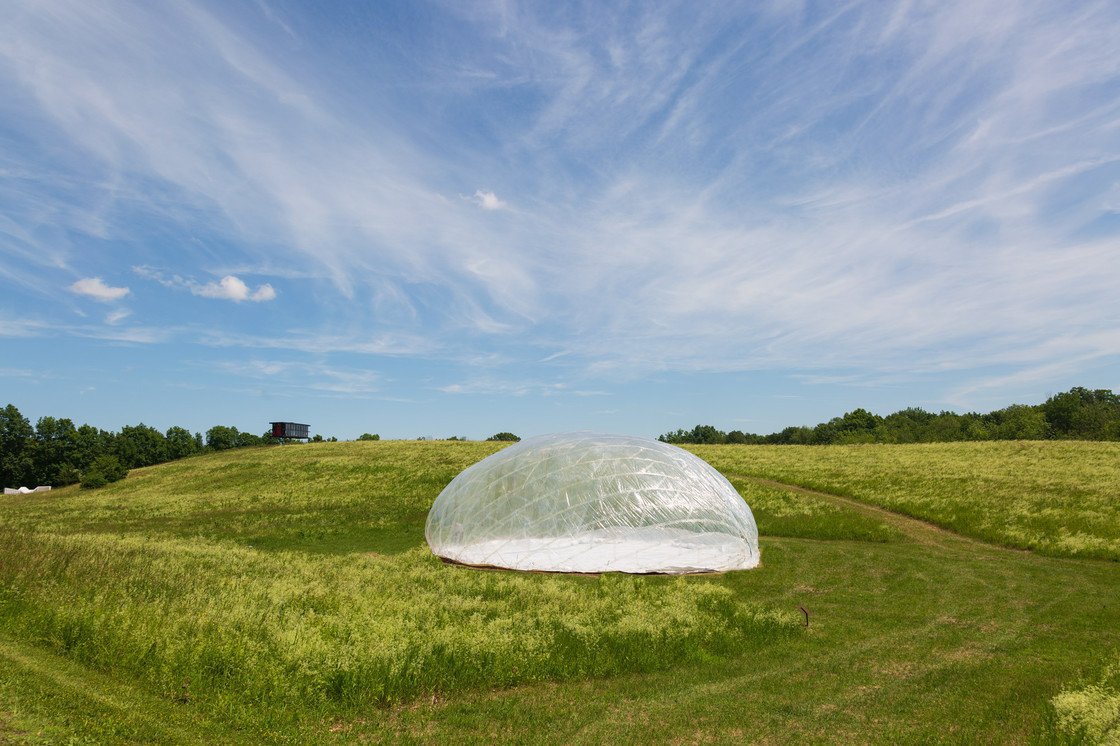 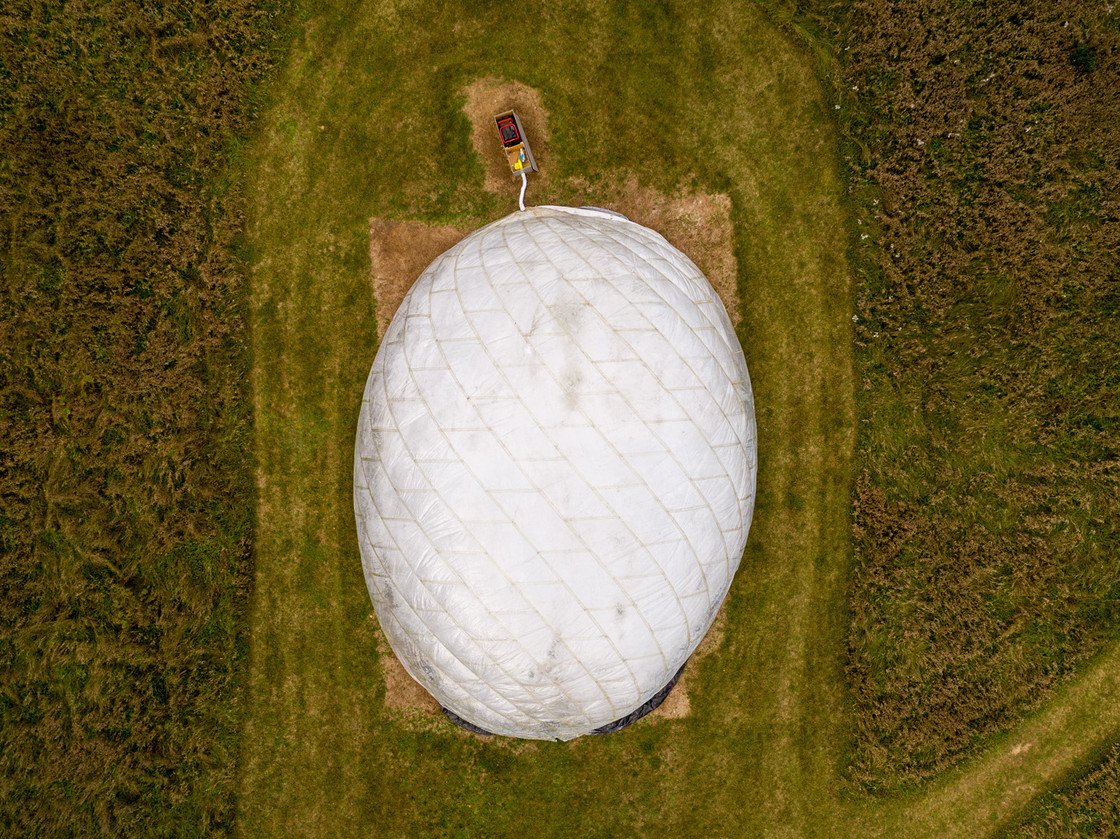 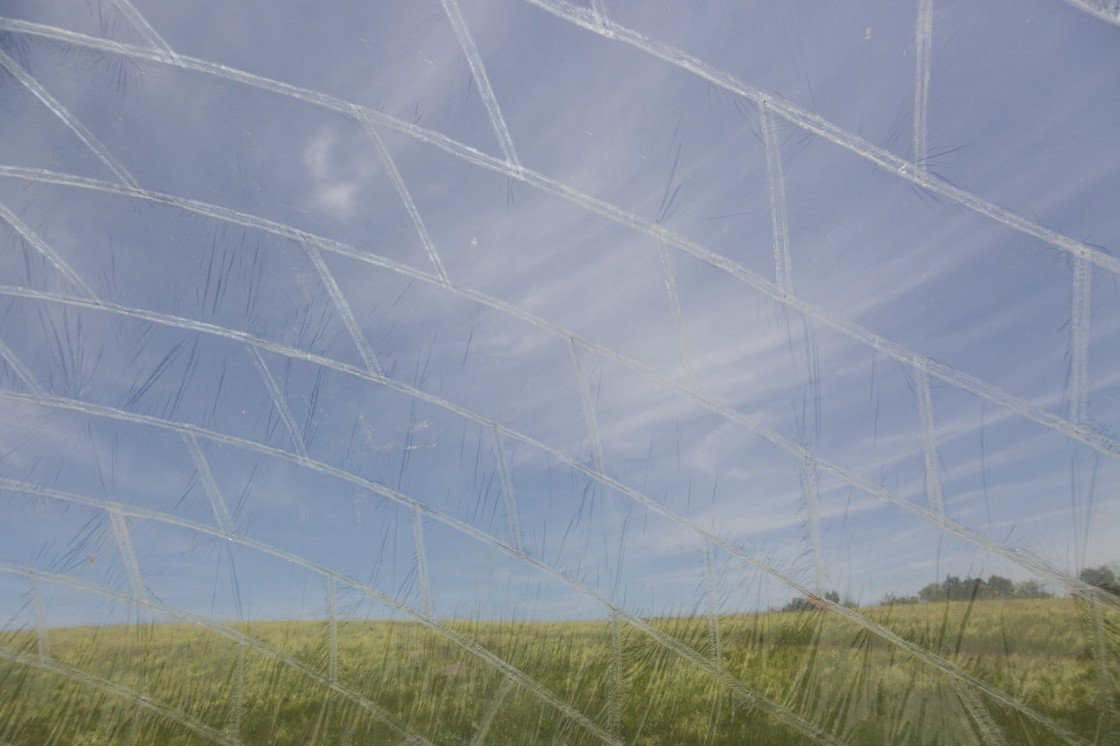 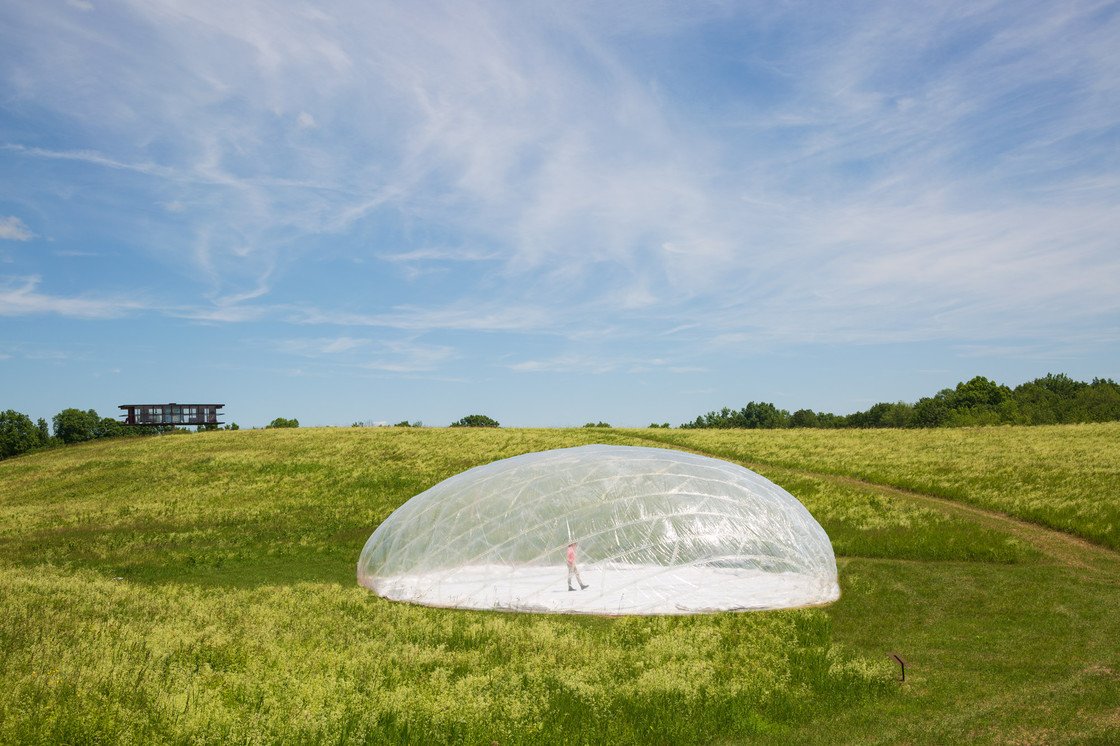 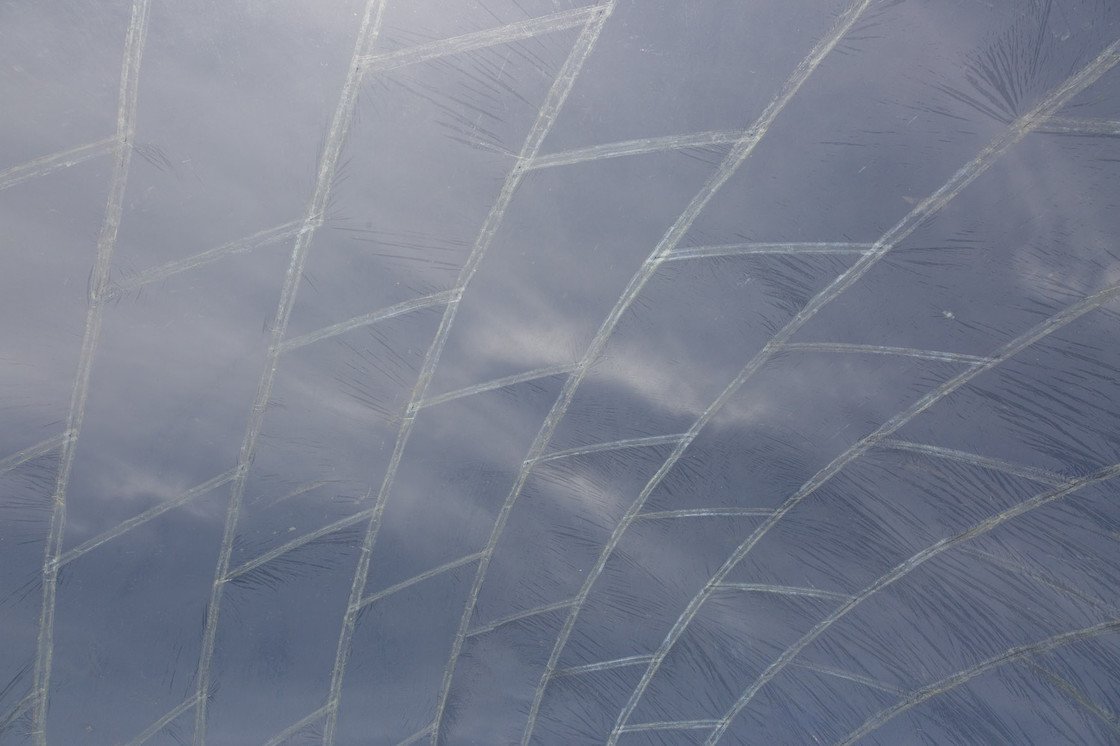 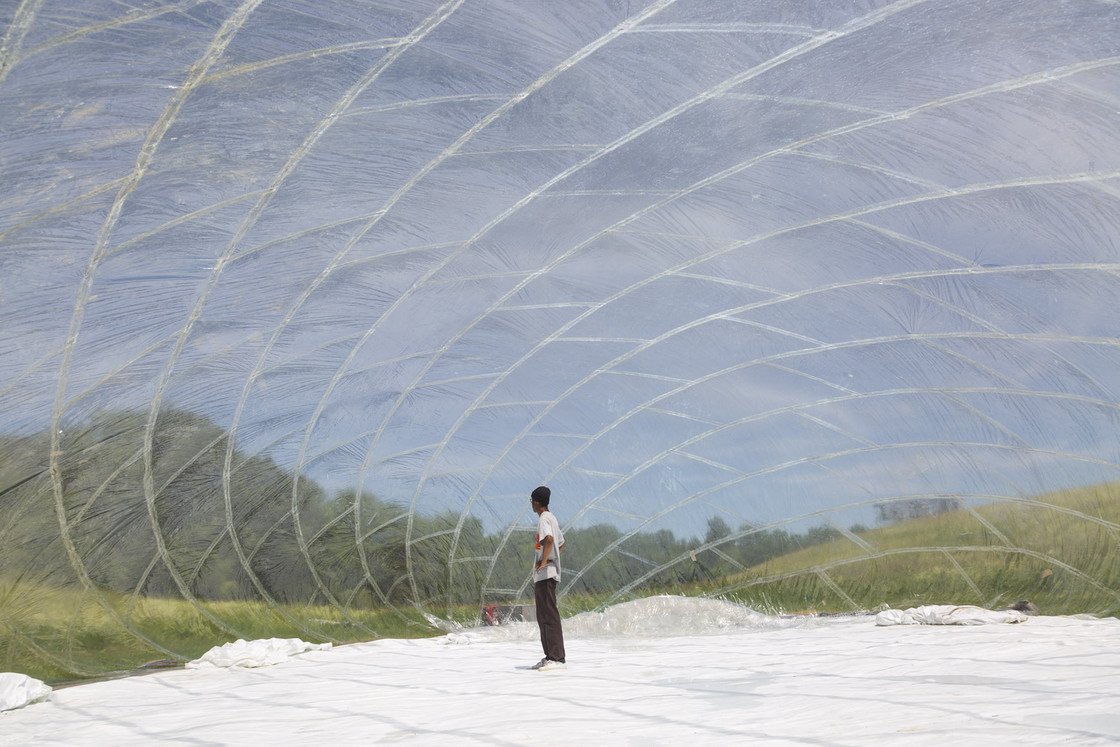 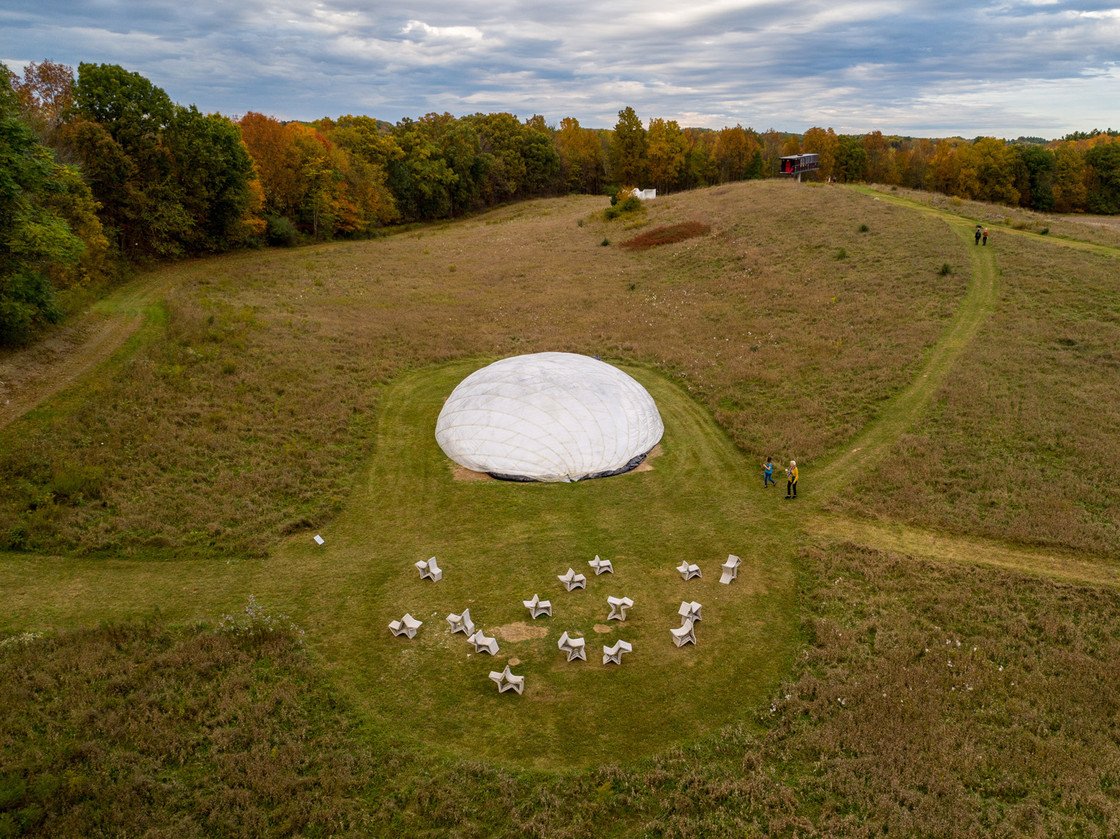 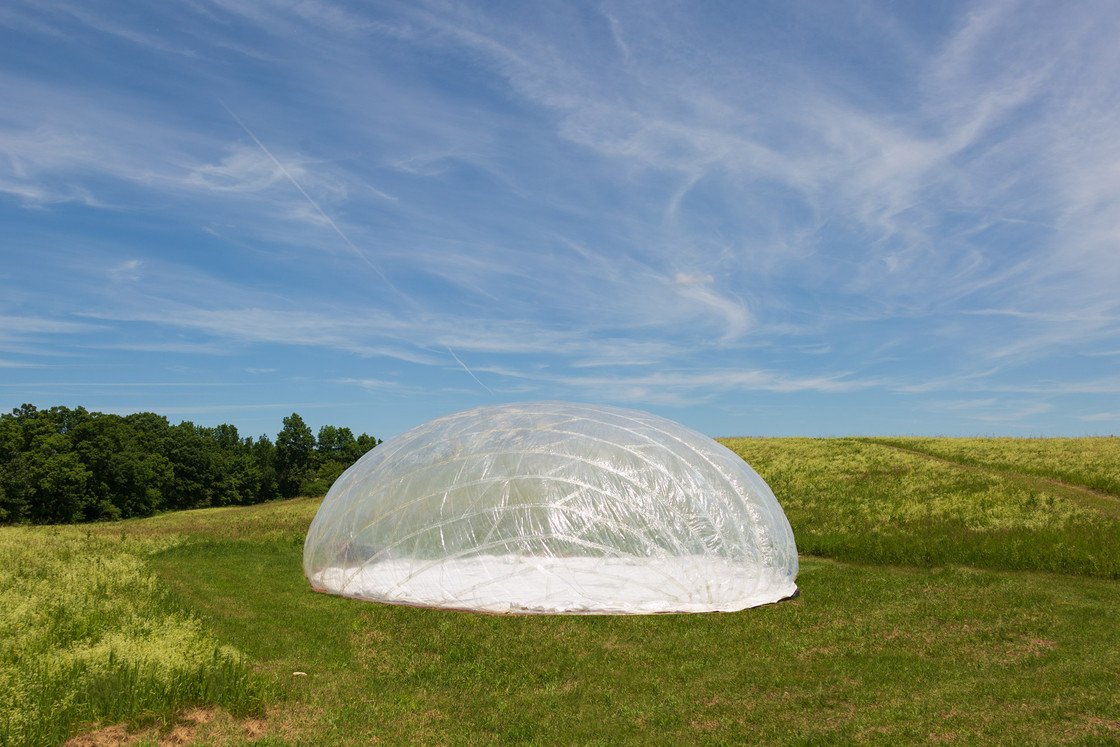 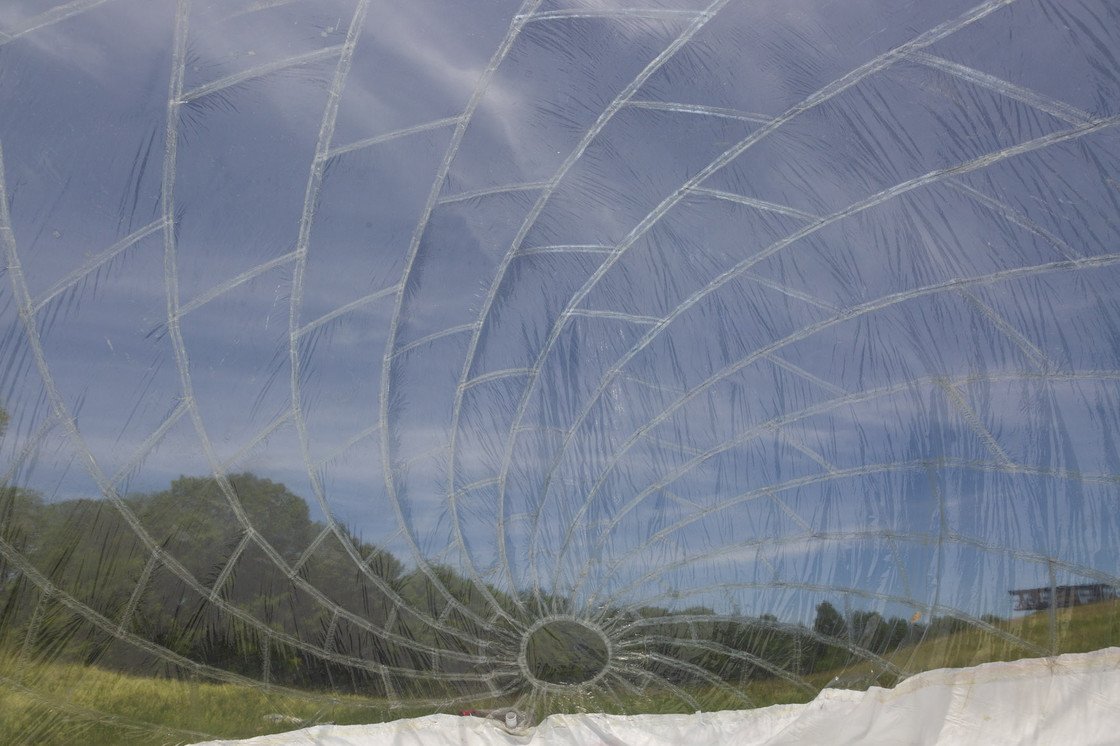 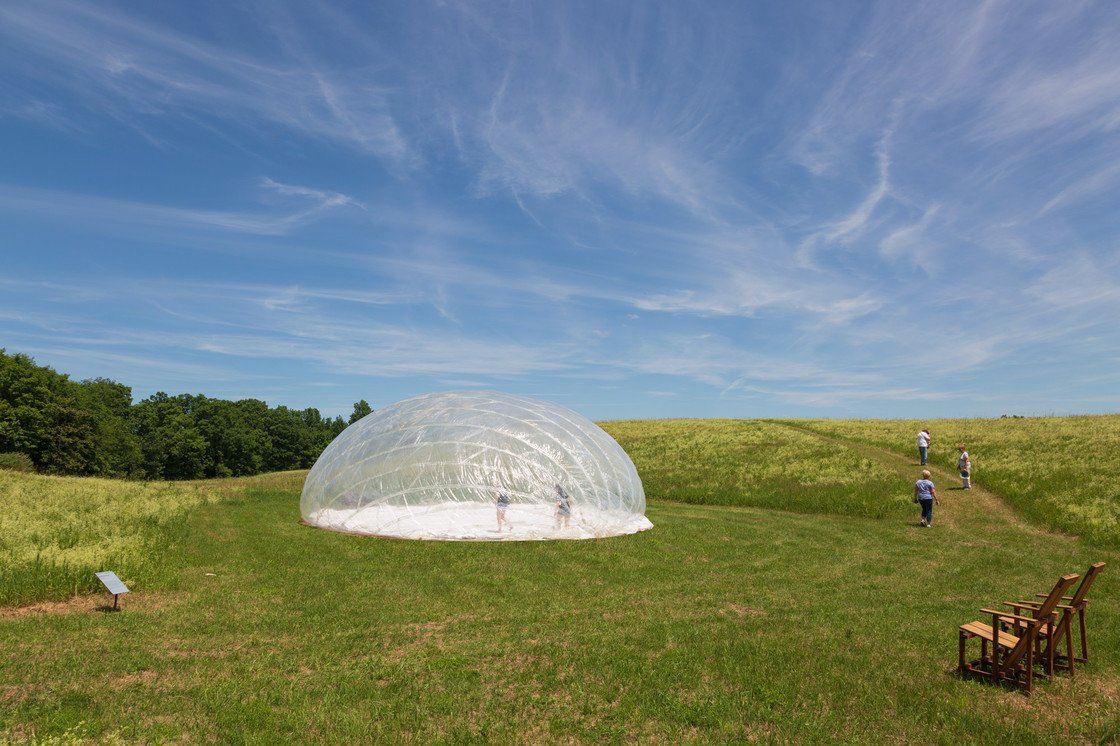 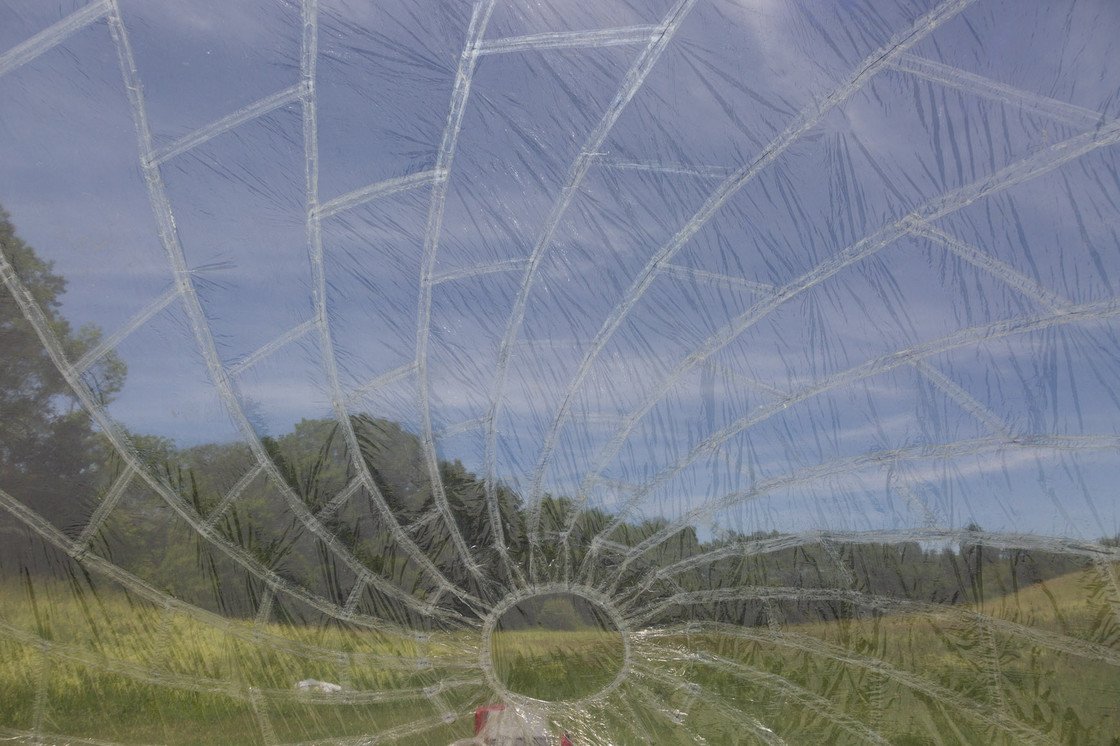 0-VOID is an inflatable pavilion developed in the framework of an undergraduate Architectural Design Studio dictated by BASE studio at Universidad del Desarrollo’s Architecture School, in Santiago, Chile. The pavilion synthesizes and embodies the explored potential of pneumatic systems for creating geometrical, material and non-conventional spatial formulations.

The pavilion was designed through an iterative process informed by both, 1:1 material exploration and digital tools. A primitive ovoidal geometry of L=59’ (18m.) W= 39’ (12m.) H= 16’ (5m.) was primarily defined; the overall envelope was then laid out and striated with a diagonalized pattern, allowing for maintaining the formal and geometric integrity of the ovoid while constraining the deformation generated by the internal air pressure. It was entirely made out of lightweight pvc membranes of two kinds: a thin, transparent type for the overall envelope and a slightly rougher, opaque one for the floor. Its patchwork-like manufacturing process was completely done manually, from the unfolding, marking and cutting of each of the pieces produced by the digital model, which were then fixed between them with adhesive and heat applied to each seam.

In this sense, 0-VOID is more a garment than a building; A soft and flexible piece that it has not been built, but rather tailored; easy to be fold and unfold. It is an inhabitable vessel that can be reused and deployed in different contexts. An object that proves to be a quick and simple way for creating interior space hosting multiple programmatic purposes, since it is essentially air and skin. It is a sort of invertebrate pavilion that questions the notion of structural resistance associated to rigidity and stiffness, seeking new ideas of temporality, flexibility and material dependency in architecture.