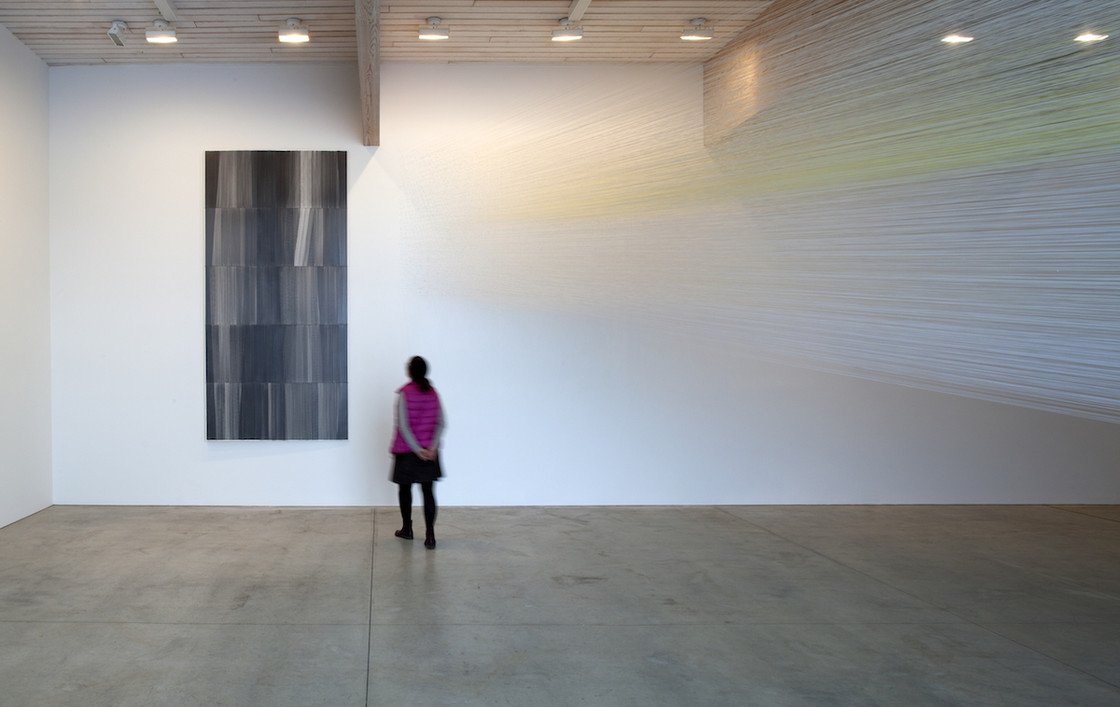 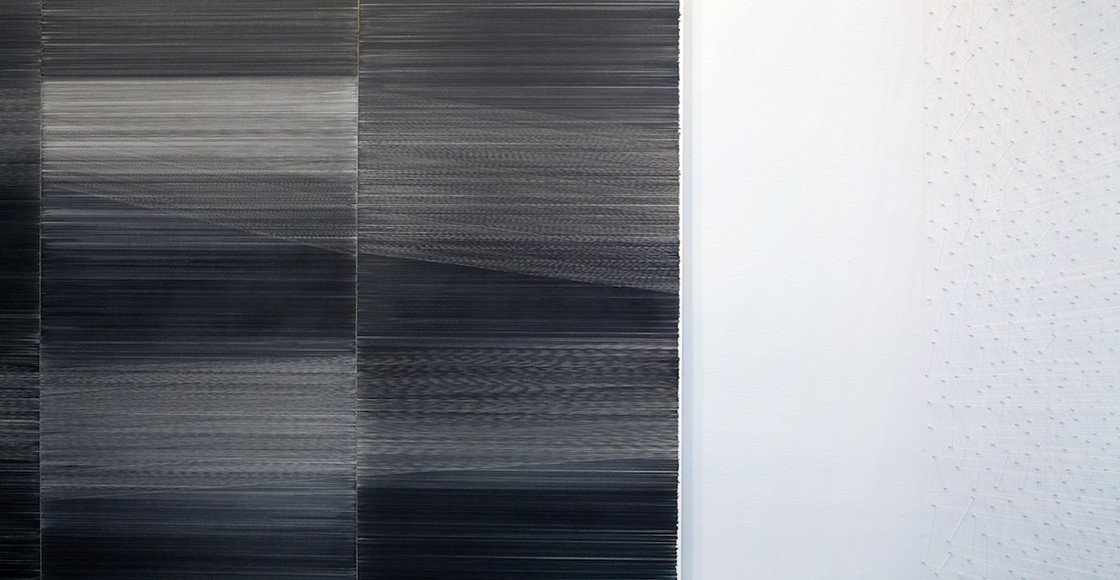 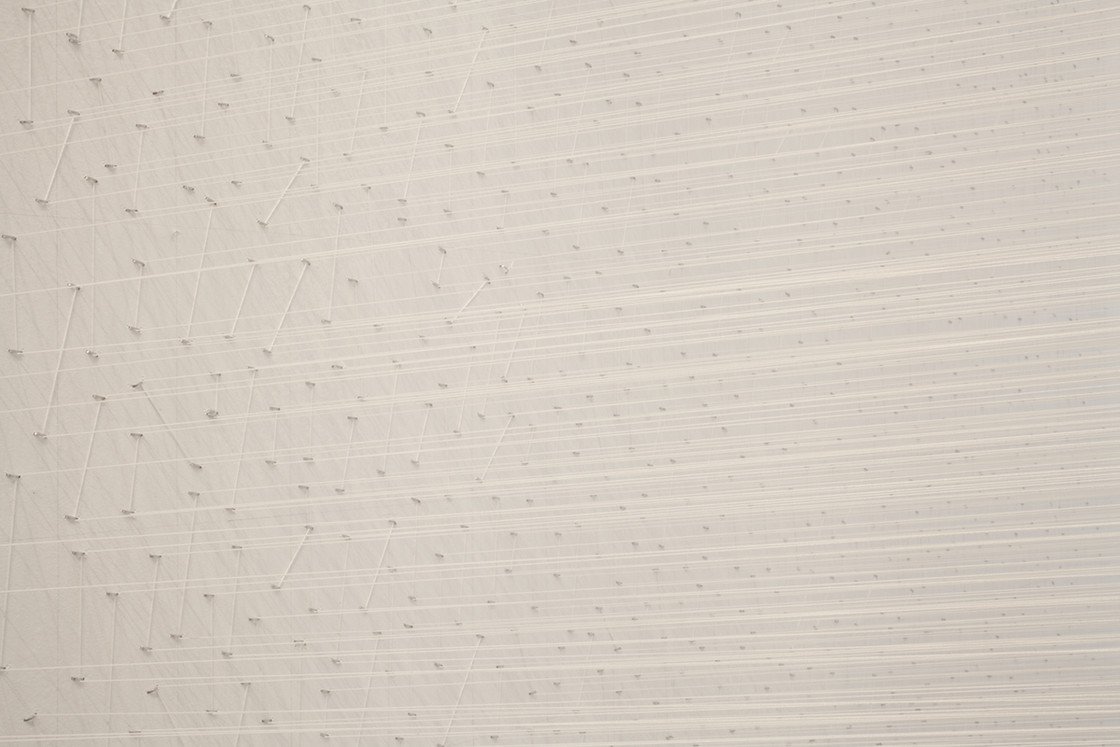 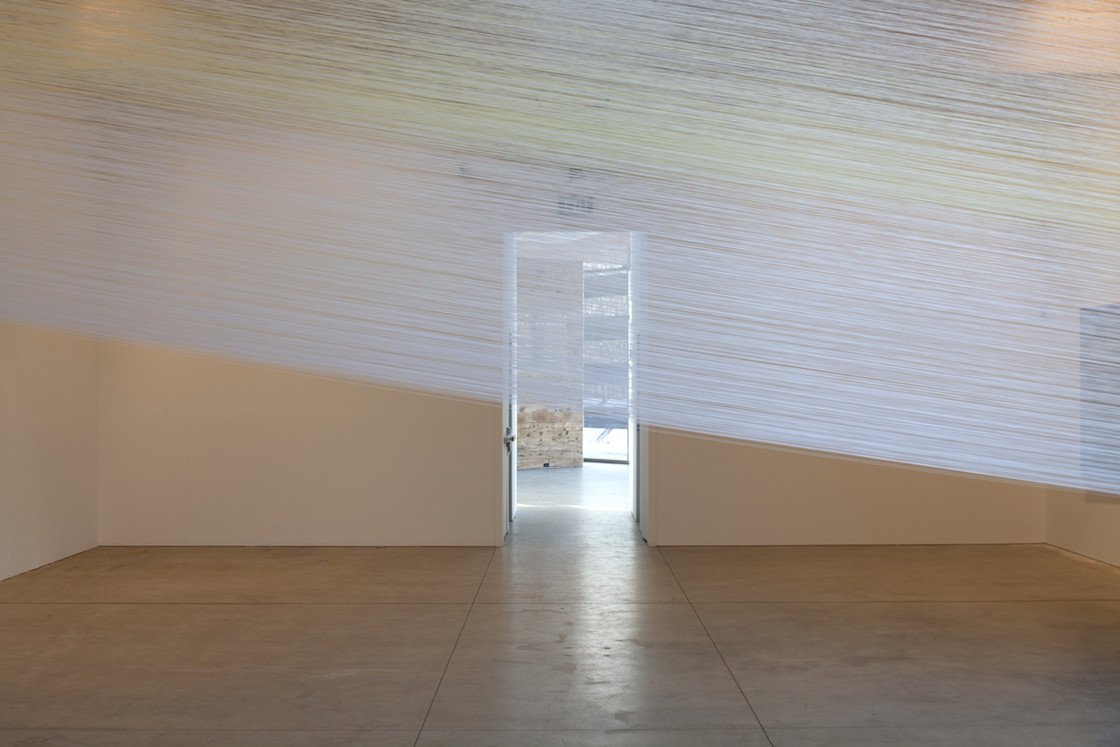 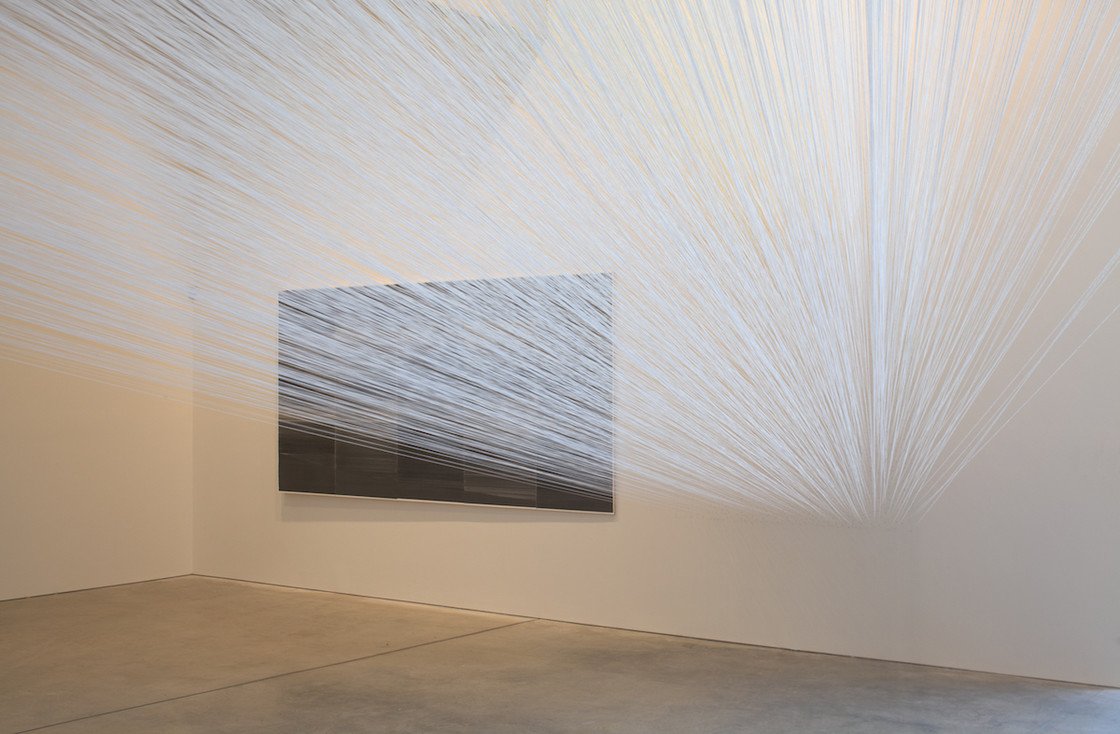 Anne Lindberg's sculptures and drawings tap a non-verbal physiological landscape of body and space, which often provoke emotional, visceral and perceptual responses. Lindberg works with an expanded definition of drawing languages, and is influenced by the resurgence of drawing in contemporary art. Fold and unfold is part of Lindberg's new series, Building Drawings, which blurs the lines between drawing, sculpture, textiles and conceptual art on an architectural scale. Drawn graphite fields anchor room-sized installations created in fine chromatic thread to create a subtle, rhythmic, abstract, and immersive optical and spatial phenomenon that shifts the physical and emotional geographies of both the space and viewer.

*Anne Lindberg is represented by Carrie Secrist Gallery in Chicago. Works by Lindberg have been included in solo and group exhibitions at institutions and galleries including The Drawing Center (NYC), Tegnerforbundet (Norway), SESC Bom Retiro (Sao Paulo), Spencer Museum of Art, Nevada Museum of Art, and Nerman Museum of Contemporary Art, among many others. Works by Lindberg are included in numerous collections including US Sprint Corporation, American Century Investments, Collection of Howard & Cindy Rachofsky, and others. Lindberg has recently exhibited at the US Embassy in Rangoon, Burma, Atlanta Contemporary Art Center, and the Museum of Fine Arts Boston to name a few. She recently completed a major public art commission for the GSA Art in Architecture program at the Richard Bolling Federal Building in Kansas City and a large commission at Rockhurst University.

Lindberg is the recipient of awards including a 2011 Painters & Sculptors Joan Mitchell Foundation Grant, a Charlotte Street Foundation Fellowship, A Lighton International Artists Exchange grant, the Art Omi: Artists Residency (2009), and more. She holds a BFA from Miami University and an MFA from Cranbrook Academy of Art, and lives and works in Ancramdale, New York.*