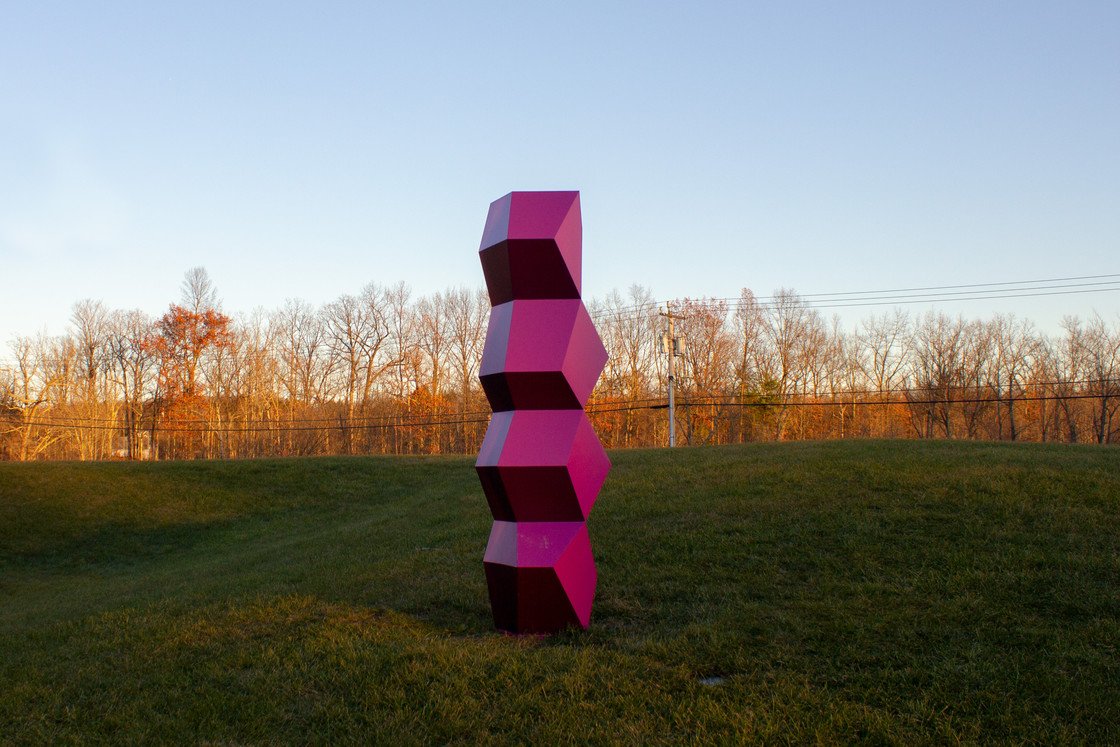 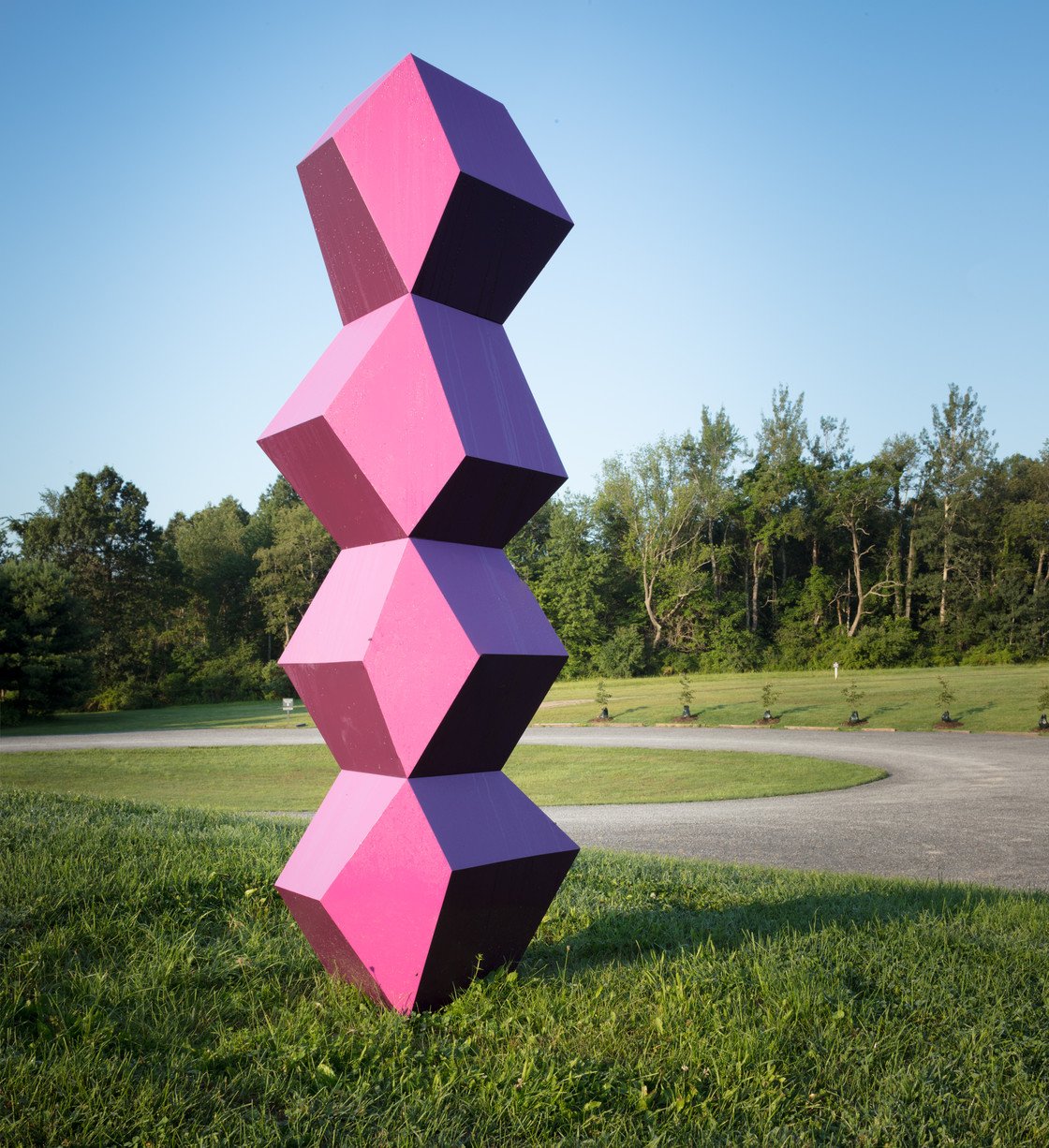 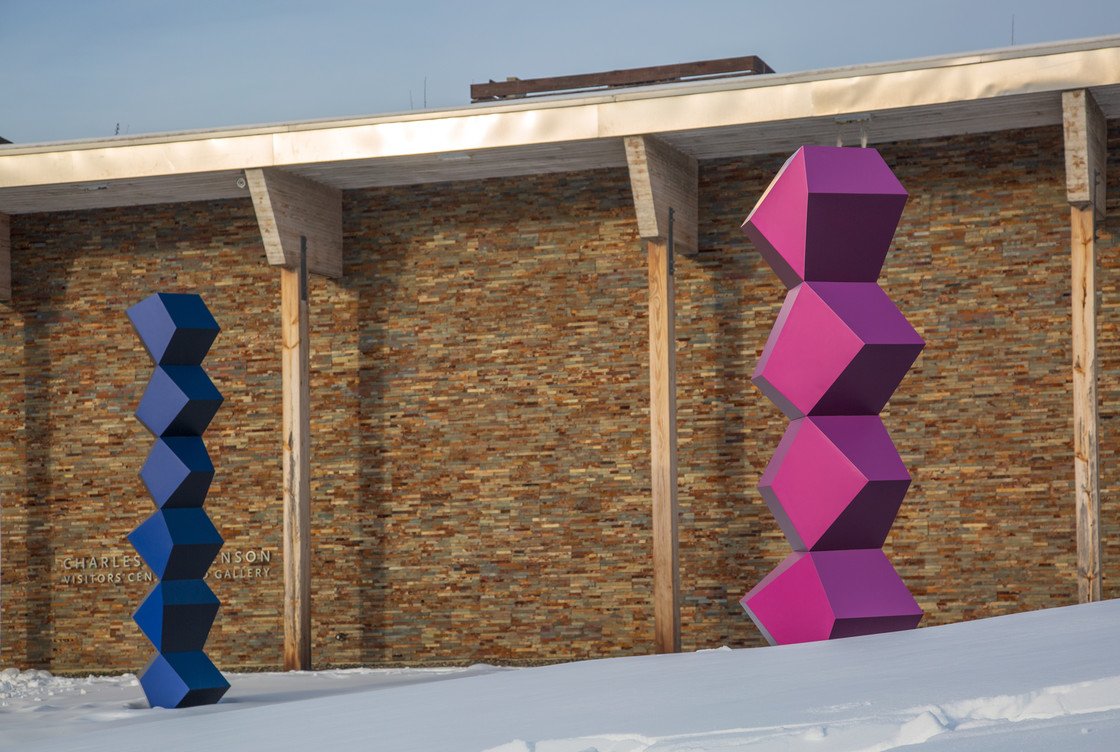 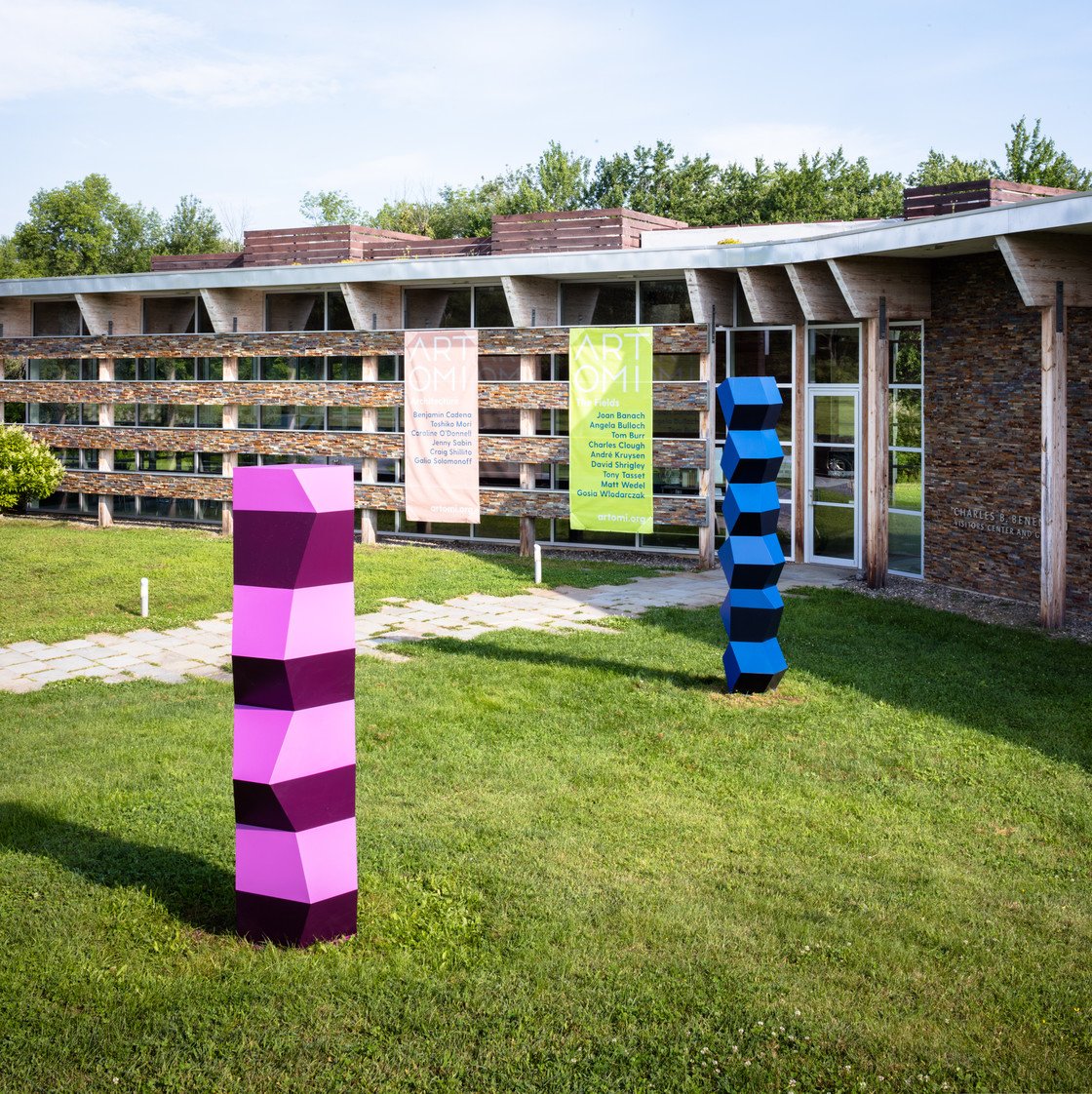 Angela Bulloch's work spans many forms, but they all manifest her interest in systems, patterns and rules, and the creative territory between mathematics and aesthetics. Since graduating from Goldsmiths' College in 1988 as part of the 'freeze' generation of young British artists, her work has crystallized into a number of distinct but related strands. The pixel boxes on view at Omi have become her most familiar component: initially fabricated in beech wood with a plastic front screen, their softly changing and pulsing colors at first distilled and abstracted complex visual patterns into simple shifting monochromes, and became a signature of a conceptual practice that avoided the shock strategies of many of her contemporaries. More recently, fabricated in copper, aluminum or corian they pay closer homage to their minimalist heritage, while the colors they channel are freed from their earlier origins to become pure abstraction.

Alongside these pixel box sculptures, Bulloch has also returned to the Drawing Machines she made early in her career. Again they use a simple concept: a machine draws vertical or horizontal lines on the gallery wall according to some external stimulus – the noise made by visitors to the exhibition, or the rhythm of their sitting on and standing from a bench placed facing the work. But this simplicity belies the rich and complex way in which the Drawing Machines bring together the modernist concerns of grid, monochrome, and color field with a playful engagement with interactivity.

In a third strand, developed more recently, Bulloch has created electronic simulations of the night sky. The series began with her installation at the Guggenheim Museum New York for the exhibition theanyspacewhatever in 2008. For this she conceived an artificial night sky, filled with constellations of stars, to cover the interior dome of the Frank Lloyd Wright rotunda. Since then she has made numerous such pieces, from large scale public installations to small domestic panels. For each, Bulloch begins with a computerized map of the known stars of the universe, visible from earth. She selects an area of the sky based upon the primary constellations of the stars it contains and then extrapolates the view point to a location far from the earth, to create a representation of real space, but as we could never see it.

Angela Bulloch was born in 1966, in Fort Frances, Canada. Bulloch has exhibited in numerous solo and group shows in institutions and museums around the world since 2002, including Witte De With (Rotterdam), The Solomon R. Guggenheim Museum (NYC), The Power Plant (Toronto), Modern Art Oxford (Oxford), Fudacíon Jumex (Mexico City), Centre Pompidou (Paris), and many more. She has been given numerous prizes and awards from institutions around the world since 1989. The artist is based in London & Berlin.