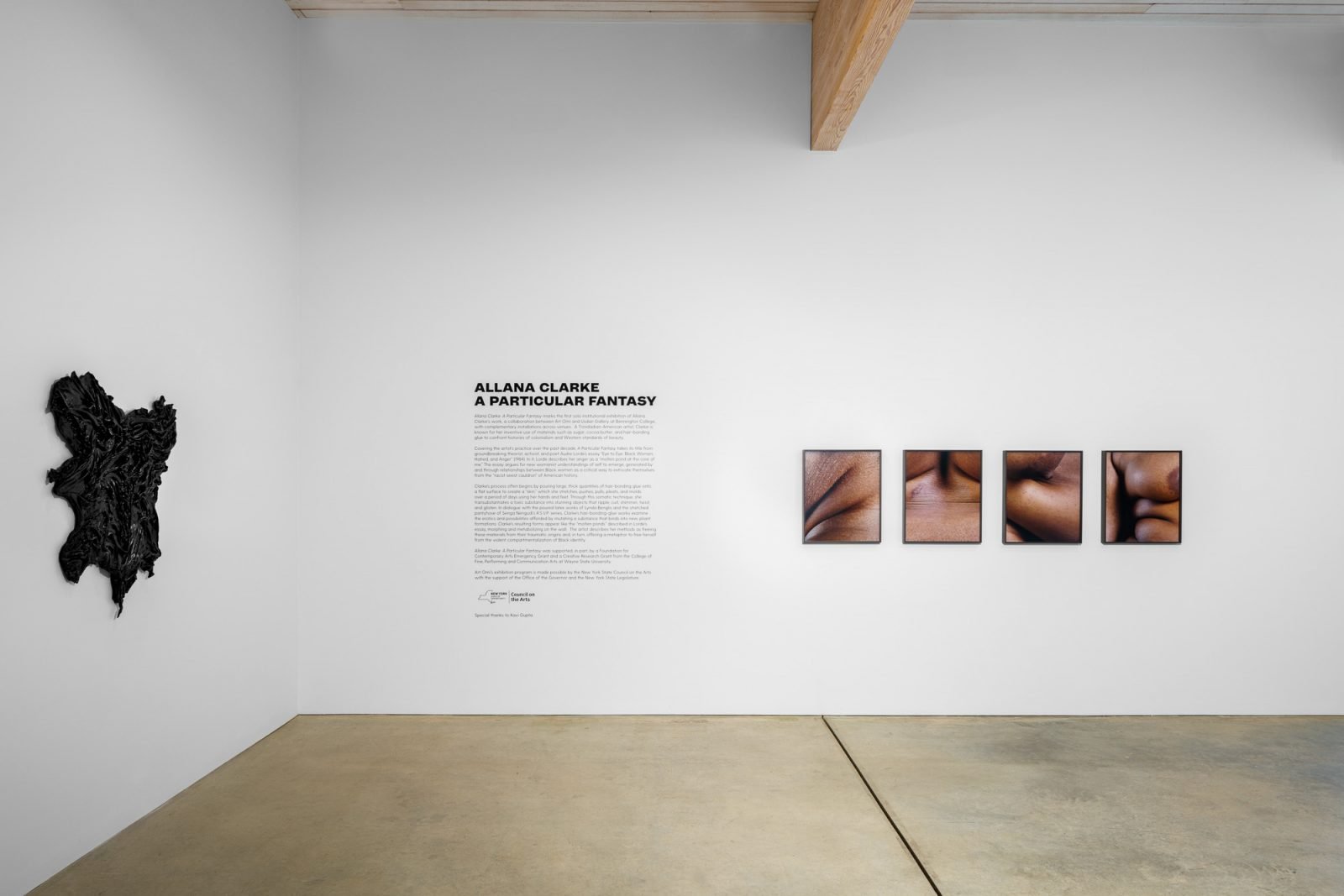 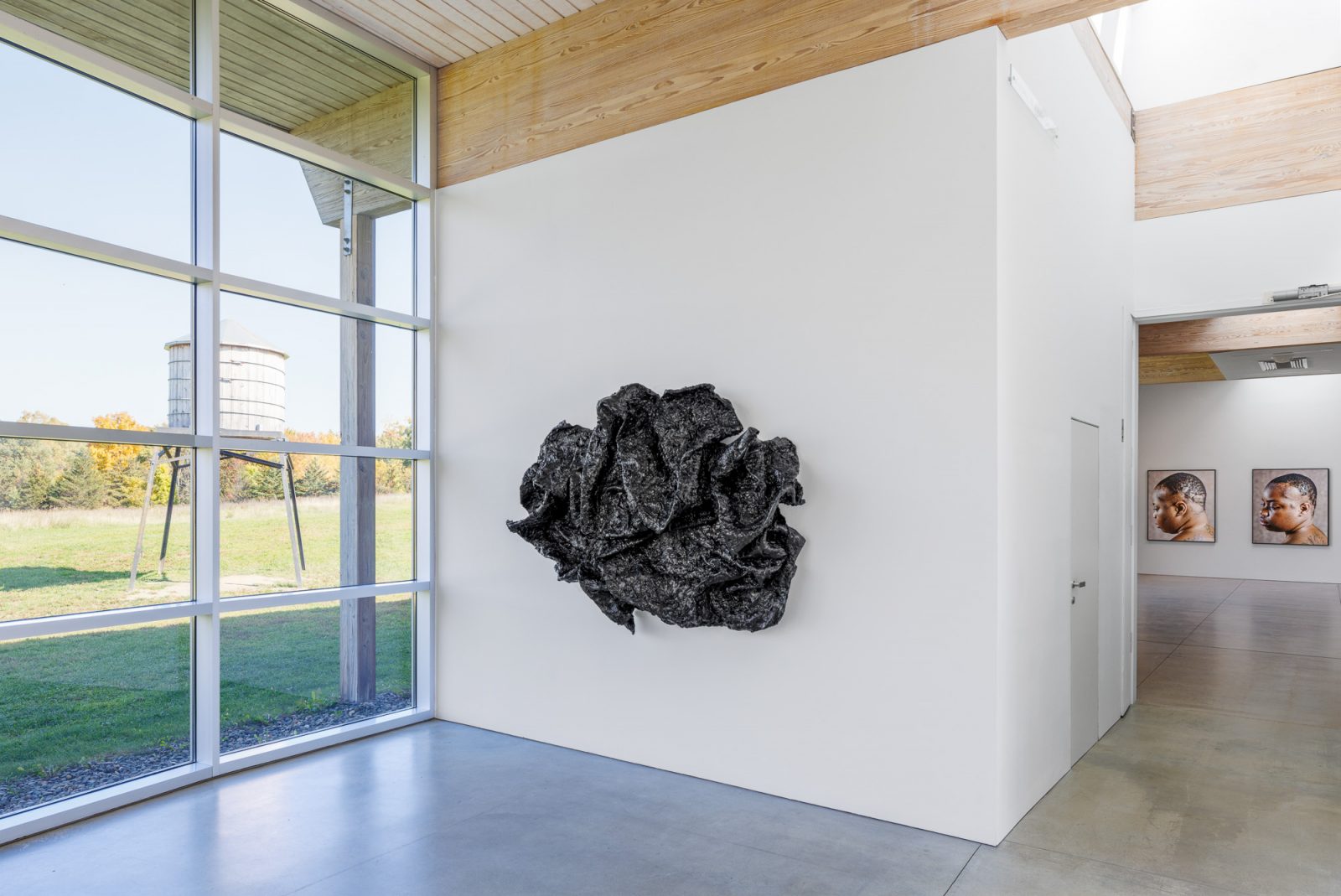 Allana Clarke: A Particular Fantasy marks the first solo institutional exhibition of Allana Clarke’s work, a collaboration between Usdan Gallery at Bennington College and Art Omi, with complementary installations across venues. A Trinidadian-American artist, Clarke is known for her inventive use of materials such as sugar, cocoa butter, and hair-binding glue to confront histories of colonialism and Western standards of beauty.

Covering the artist’s practice over the past ten years, A Particular Fantasy takes its title from groundbreaking theorist, activist and poet Audre Lorde’s essay “Eye to Eye: Black Women, Hatred, and Anger” (1984). In it, Lorde describes her anger as a “molten pond at the core of me.” The essay argues for new womanist understandings of self to emerge, generated by and through relationships between Black women as a critical way to extricate themselves from the “racist sexist cauldron” of American history.

Pouring large, thick quantities of hair-bonding glue onto a flat surface, Clarke creates a “skin,” which she stretches, pushes, pulls, pleats and molds over a period of days using her hands and feet. Through this somatic technique, she transubstantiates a toxic substance into stunning objects that ripple, curl, shimmer, twist and glisten. In dialogue with the poured latex works of Lynda Benglis and the stretched pantyhose of Senga Nengudi’s R.S.V.P. series, Clarke’s hair-binding-glue works examine the erotics and possibilities afforded by mutating a substance that binds into new, pliant formations. Clarke’s resulting forms appear like the “molten ponds” described in Lorde’s essay, writhing, morphing and metabolizing on the wall. The artist describes her methods as freeing these materials from their traumatic origins and, in turn, offering a metaphor to free herself from the violent compartmentalization of Black identity.

Art Omi and Usdan Gallery collaborated to produce an exhibition catalog with a commissioned essay by writer Stephanie E. Goodalle, whose work focuses on the experiences of the Black diaspora. The catalog was designed by Ramon Tejada and Anne Thompson and Risograph-printed at the Bennington College Word and Image Lab.

Allana Clarke: A Particular Fantasy was supported, in part, by a Foundation for Contemporary Arts Emergency Grant and ​​a Creative Research Grant from the College of Fine, Performing and Communication Arts at Wayne State University.